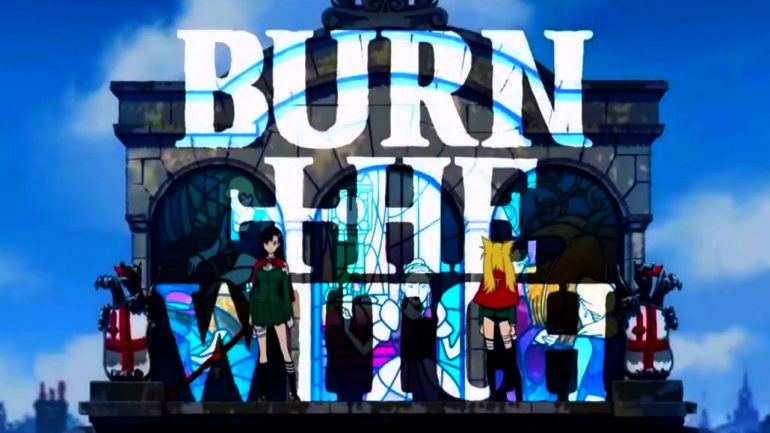 Burn the Witch: The Upcoming Bleach Spin Off Movie

While you wait for the Bleach anime rumored for next year, here is something coming out this year that has some similarity with that classic. It is the Burn the Witch anime film made by Studio Colorido based on a one-shot written by Tite Kubo. Burn the Witch one-shot was originally released in the Weekly Shonen Jump in 2018 as a spin-off to the Bleach Manga. Later, it was adapted to another four chapter manga that is currently being released in the Weekly magazine of Viz media as the promotional content for the upcoming movie.

Two trailers have also been released so far for the film and it will premiere in the Japanese theatre on October 2nd. Crunchyroll will also release the film in a 3 episode series after the initial release. Amazon Prime will have this featured on its platform as well. Burn the Witch is one of the biggest movie releases in the coming months as it will precede the Bleach anime coming out in the next year.

Here is the trailer #2 for the upcoming movie:

The newest chapters of Burn the Witch manga is currently available on the Manga Plus platform as VIZ Media decided to translate it to English. It follows the distinct style of Tite Kubo that was used in his best work to date, the Bleach manga. The character elements and storyline also matches the initial set of Bleach. This is Fantastic Beasts for the Harry Potter movies. The plot is enjoyable because we have seen something like this before.

Noel Niihashi and Ninny Spangcole are two young witches working for an organization called Wing Bird which is the western wing of the Soul Society. In this particular world, dragons exist in large amounts and most people don’t know about them. Only a few people are aware of these creatures. If normal people interact with these dragons, they face heavy repercussions due to the rules of the Wing Bird. Noel and Ninny have the job to protect the people and also look after the boy named Balgo Parks.

Balgo was a normal human who came in contact with a dragon turning into Dragonclad. In the starting act of the story, Balgo is attacked by a Dark dragon, a rare form of a dragon that kills humans, attacking this area the first time after 96 years. The dragon is taken care of in the end without much trouble but it sends a warning to the high ups in the Wing Bird HQ. They have turned especially hostile to Balgo.

For the film, Ninny Spangcole is voiced by Asami Tano, Yuina Yamada stars as Noel Niihashi and Shimba Tsuchiya did the acting for Balgo Parks. Tatsurō Kawano is the director while the character designs are done by Natsuki Yamada. Tite Kubo is the original creator of this story but Chika Suzumura handled the script of the film. The initial looks of the film show us that the artifacts are taken from the original Bleach anime.

Kubo replaced the spirits with the idea of Dragons. There exist the evil forms of Dragons that works as the Hollows. The Wizards fight against these Dark Dragons with their spells that work similarly to the Kido spells used by the Shinigami. Balgo Parks is presumably the main character here as he is a special case among normal humans. This is supposed to be a short story that means little in terms of the whole plot of the original Bleach story. It is a bonus for the fans to enjoy while the work on Bleach anime progresses. Let me know your thoughts about this movie as well.