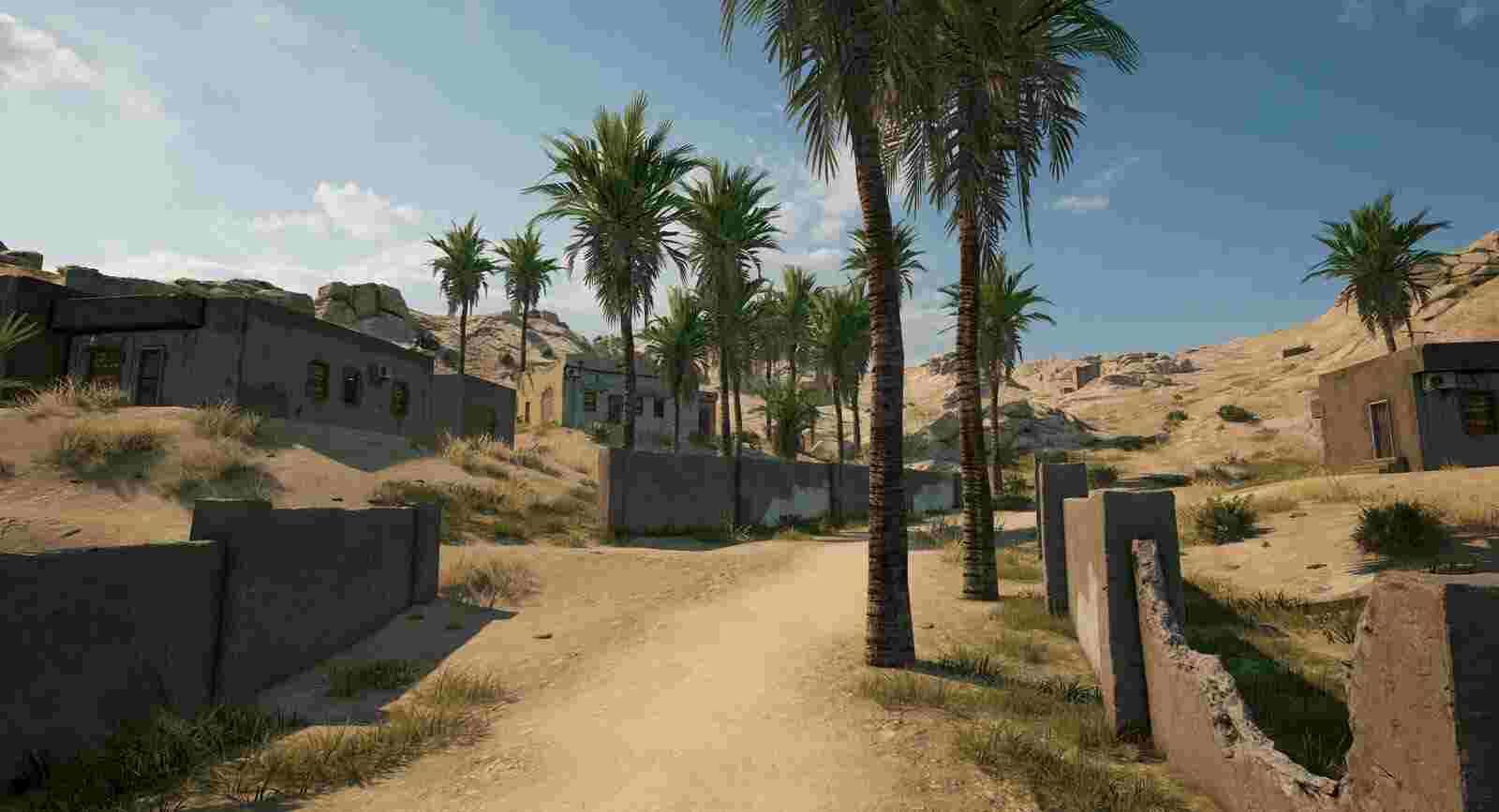 Pubg’s next update is coming really soon, and with it comes to the much-awaited changes to the controversial weapon in the game, which are the grenades. There is also TDM coming to the game, which is a high paced 8v8 match that improves your gunplay. Team Deathmatch is one of the most requested modes in Pubg, and it has a total of 7 different battlefields on which you can play. This mode has the core gunplay from the classic PUBG and also has a boost gauge, which works differently in TDM.

It fills by scoring kills and assists, restoring your health after you haven’t received damage for 5 seconds. The match is 10 minutes long, and the first team to reach 50 kills will win the round; the 2 round wins will securing the victory. The players that are killed will be spawned back into the game, and there are no knockdowns as well as no friendly fire. Now let us talk about one ow the major changes which are throwables. 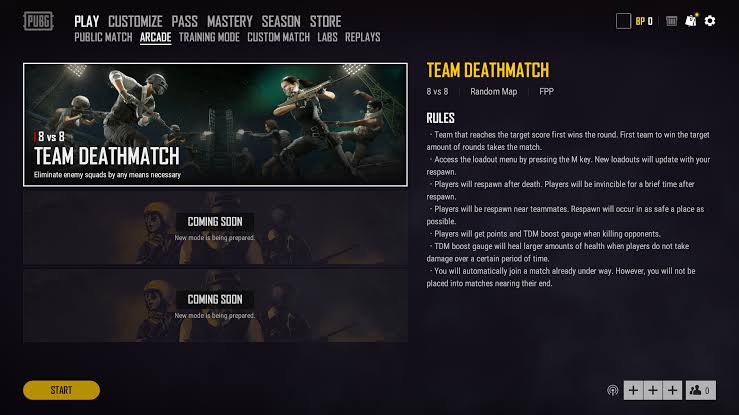 The grenades are, without a doubt, the strongest weapon in the game, and it is literally broken. Almost all of the community of pubg have asked the developers to do something about this weapon of mass destruction. Finally, they have listened to their community. Now, vests will be able to reduce the damage received from Frag Grenades, but its durability won’t get reduced when taking damage from them. The reduction of damage will depend on the level of vest worn by the player, which is the same % reduction as for bullet damage. Frags will now do 20% less damage to prone players. Its weight has been increased by 50% and will now take up to 27 inventory capacity, up from 18. The sound of pulling the pin of a Frag is now louder and can be heard from further away.

Smoke Grenades are one of the best things in the game, and it is used greatly by players. It is perfect, and now it is getting buffed, which that the fuse time has been decreased from 3 seconds to 1 second. There aren’t that many changes to Smoke Grenades.

The Stun Grenades will be going through some major changes like the developers have increased the indirect hit effect radius from 5.5m to 6.5m. The ringing sound will now be able to impact players through walls. It is similar to the Frag Grenades mechanic, but the radius is smaller. Now, there is a slight camera shake to players near the explosion. Stuns will now explode 0.7 sec after the first impact, or after fuse timer runs out, whatever comes first. As for the Fuse time without cooking, it has been increased to 5 sec. Fuse Timer remains unchanged

The Molotov will be getting some buffs as well. The devs have increased the speed at which fire spreads by 50%. The fire now covers more area, and its damage radius has been increased. The way fire spreads around objects has been changed; it will now be able to reach the backside of objects like trees, etc. more consistently. The devs have reintroduced direct damage while standing in fire, in addition to existing damage over time. The fire will do an additional ten damage per second to the players, and fire will now reach higher and should be obstructed less by small objects. Lastly, the visual effects of Frag and Stun have been updated, which makes it look and sound realistic.

In Pubg, when a player moves to the right around objects in PUBG without peeking/leaning, very less of your character was shown when moved out to the left. But it is now receiving increased visibility in the community, which leads to players using this mechanic to their advantage often now, which has led to some frustration. It is a mechanic that is one of the core elements to Pubg’s gunplay which makes it extremely hard to resolve the issue completely without changing it

Now, with this patch, the developers have reduced the advantage gained when peaking at your opponent from the right side of objects, by exposing more of the player model. Those players that are peaking from the right side of objects will have more of their bodies exposed. Now, players’ heads will lean a little more towards the scope, which will make their character’s head exposed. There have been some changes to few weapons to have characters bodies be more exposed when peering to the right side.

There are also some more changes to the new map Karakin. There have been a lot of players that weren’t happy with this like the healing item spawn rate was very terrible, and second was Snipers, as well as DMRs, are really strong on Karakin.

The developers have updated the loot on the map, which is the spawn rate of First Aid, and boost items have been increased. One the other hand, they have reduced the spawn rate of bandages, SRs, DMRs, and the Win94. To make up for this, the developers will be adding G36C and MP5K to Karakin as requested by many players when Vikendi started its vacation. There are some changes to care package airplane which is that its speed has been increased

There will be increased blood color saturation over distance for better visibility. Added distance scaling to blood effects

A new feature has been added, which is the parachute follow feature, which helps teammates land together. When you are in the pre-match countdown, there will be a follow UI at the bottom left of the screen. You can select the teammate to follow by opening the map. Players can select a teammate to follow up until exiting the plane. If you don’t want to follow the teammate that you have followed, you can cancel it on the map screen or also by holding F, and it will work on both in the plane or while following a player in your parachute. If the player is obstructed by terrain or an object, their follows will be canceled.

This is the second time that players will be getting Skill-based ratings in PUBG Labs. Many players participated in it, and the developers have heard all of the player feedback. Now, there have been some changes made to it which are as following:

Players will have to complete five placement matches to earn a rank in the new test. The highest starting placement rank is Platinum 4 (2600 RP). Assist will now influence the players’ rating; assist will now count as Kills for the purpose of RP gains and losses. The friendly fire will count as negative kills. The max amount of RP that can be gained or lost after a match is now dynamic per tier, which means lower tiers having a larger cap when compared to higher tiers. Now, it will be more difficult to climb in the Master tier for the players that are in higher ranks. Down below, you can see the time at which test will be beginning:

The season pass will be getting new missions, 6 of which will be Karakin exclusive. These new missions will be unlocked after the Live server update. Down below you can see these mission for yourself

The performance has been improved with additional World Origin and shift optimizations. There have been some improvement to UI like there have been visual improvements on friends list, ID search button UI has been improved, the leave team button has relocated to the team tab, button features are now available in the context menu on the left side, and you bring the context menu but hovering the mouse cursor on the ID. Also, the devs have added brightness adjustment for Karakin and many more improvements. But there are more changes coming like

– Custom match
– Erangel classic has been removed
– Observing UI polishing
– Adjusted the sidearm weapon slot in the name layout UI to have weapon icon centered
– Made fine grid adjustments on all areas of name layout UI
– Default pattern of team number (logo) area has been modified
– This pattern is displayed when not using the logo.
– Fixed the pattern area, so that stripe pattern is displayed properly on the trapezoidal shape.
– Relevant UIs are player list, name layout, and team list

In this update, the developers have addressed many bug Fixes like for example they have fixed issue which allowed a players breath gauge to instantly recover. There were some issues that didn’t allow players to be moved to their correct spawn locations. They have fixed issues with the headshot blood effects blocking vision in FPP and solved the issue which preventing healing/boost item animations from playing when spamming the use hotkey.

As for the sound issues, they have reduced the volume of Sticky Bomb sound effects. There were many bugs in the test servers, and the developers have addressed them like there was no grunt when a player gets hit or when landing while jumping from high terrain has been fixed now. There were issues with armor durability displaying as full after dropping from the inventory and looting the armor again. These are only a select few bug fixes that this patch notes will be bringing with it. You can check all of the other ones by clicking right here.

PUBG improved a lot in 2019, and many new things have arrived in the game. This shows that the developers are trying their best to bring new things to the game and also listen to their community on what they think about the update. The sticky bomb and the destructible cover were something many players wanted it in the game, but Pubg Corp waited so that can they can implement it without breaking the game. With this update, more new content for the game has arrived, and I am happy that Pubg Corp is doing their best with this game. Hopefully, sticky bombs will be available on other maps, as it will make the gameplay more tactical.