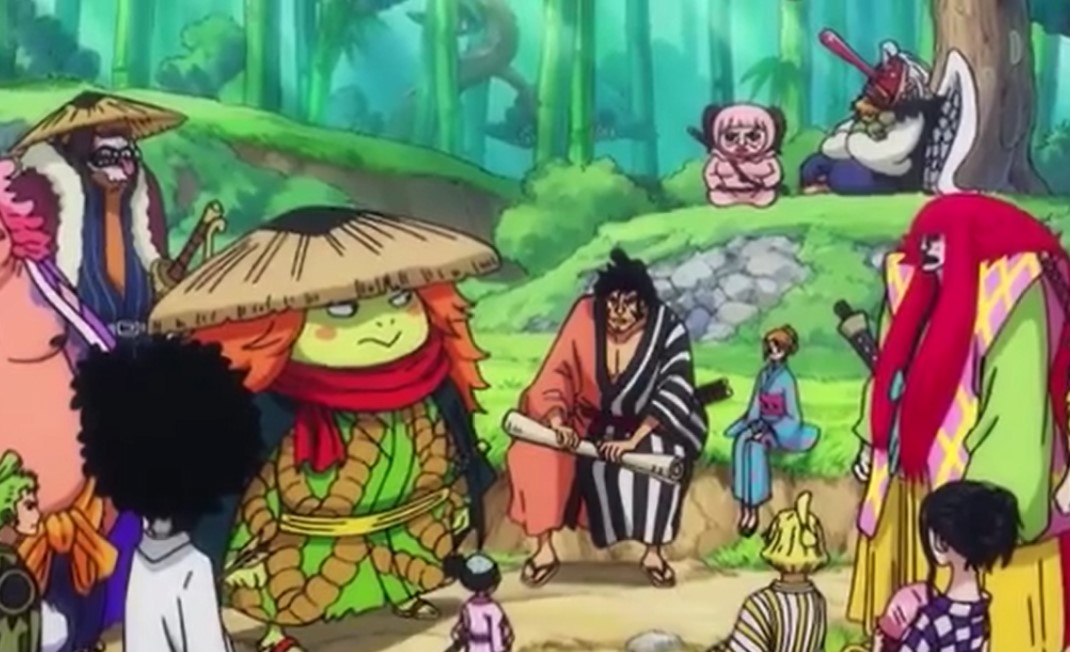 At Onigashima Big Mom and Kaido have finally made peace they are celebrating with booze. Kaido announces that on the night of the Fire Festival, they will have the greatest party ever. Big Mon said that it is going to be an anniversary. Queen is surprised that the two have become friends after trying to kill each other. Kadi reveals that the Animal Kingdom Pirates and Big Mom Pirates decide to ally.

That shocked everyone inside the building and Mama said they would dominate the world together. Kaido said after that, they would go back to kill each other. Since One Piece is taking a weekly break you can read other latest updates here One Piece 956. Check the weekly schedule below to know when this anime is going to return.

One Piece Episode 957 will be released on Sunday, 10 January 2021, at 9:30 AM JST. Keep in mind that every Sunday, a new episode of One Piece is released. This post contains spoilers for the next episode. You can skip them if you don’t like them. You can watch this Anime’s latest episode officially on Crunchyroll, AnimeLab, Funimation, and Netflix. Take a look at more details below.

Previously on One Piece 956

Kinemon is addressing to his crew about the rendezvous point from Habu Port to Tokaga Port that has been changed. He reveals that it gave them an advantage for the quick-witted enemies not to be able to get in the way of their plan. He has gathered the Straw Hat crew and his crew discussing how they are going to take down Kaido. He reveals that they are going to take Kaido and Orochi’s heads at any cost to avenge the late Oden-Sama.

Later the crew is shocked to hear that Hiyori (Komurasaki) is alive. Kawamatsu is the one who told the whole truth and Momonosuke is happy with tears of joy. Kawamatsu remembers that Komurasaki told him that she is not going to meet everyone now so that they won’t get emotional before the battle. She asks Kawamatsu to save the people of the Land of Wano with everyone.

The spy Kanjuro is also there but he glad that she is alive. Dog Storm asks where she is and he reveals that she is in a secure location. Monomosuke remembers the time when he met with Hiyori and she dropkicks him. He still thinks they are of the same age same height and he asks Zoro if he saves her. Zoro reveals that she is now 18 years older than Momonosuke and Momo thinks that now he can’t handle a dropkick from someone 18 years older than him.

Sanji realizes that the beautiful lady who was carried by Zoro is Monomosuke’s sister. He decided to start pampering Monomosuke and Hitseku show up carrying a chest. Hitseku got his Kitsetsu back that was taken by Luffy without his permission. Zoro remembers that Kitsetsu is one of the famed blades. Hitetsu said his real name is Tanguyama Hitetsu.

Hitetsu reveals that he is the swordsmith from the Land of Wano, and he has been waiting for two decades to open the chest he has. He reveals that he wants to hand the swords back to Momonosuke and Hiyori. He opens the chest and shows them two swords of Oden-Sama. Ame-n-0-Habakiri can slice heaven in two and Enma can even cut through the bottom of hell. Both counted among the 21 excellent grade sword along with Shusui.

Zoro is given Enma due to Komurasaki’s request and Hitetsu reveals that only one person who was able to manage Enma in this country is Kozuki Oden. Monomosuke said that he will take Ame-no-Habakiri later since he is not yet ready now. Kinemon advises Zoro that if he was he wouldn’t take that sword and Zoro showed them what he is capable of. He took off his top out and points Enma to the sky and feel its powers.

Hitetsu reveals that Enma can suck out the owner’s Ryuo as it pleases and cut more than needed. Hitetsu reveals that if Zoro was a regular swordsman he would have dried up and collapsed. Zoro decided that he is taking Enma and once he gets used to it he will be even stronger. Meanwhile, Luffy is still training at Udon and he has entered Gear Fourth: Bounce Man. He unleashes King Kong Gun destroying the metal stone prism steel.

After destroying it he surprises his allies by saying that he is not good yet. The Straw Hats are preparing for the upcoming great war. They are training day and night to take down the Emperor of the sea who is not aware of it. The day of the Fire Festival has finally come to the Flower Capital.

See you next year 2021 when the new episode of One Piece hits, that is when will be giving you more updates. For today that what we have to offer for you.