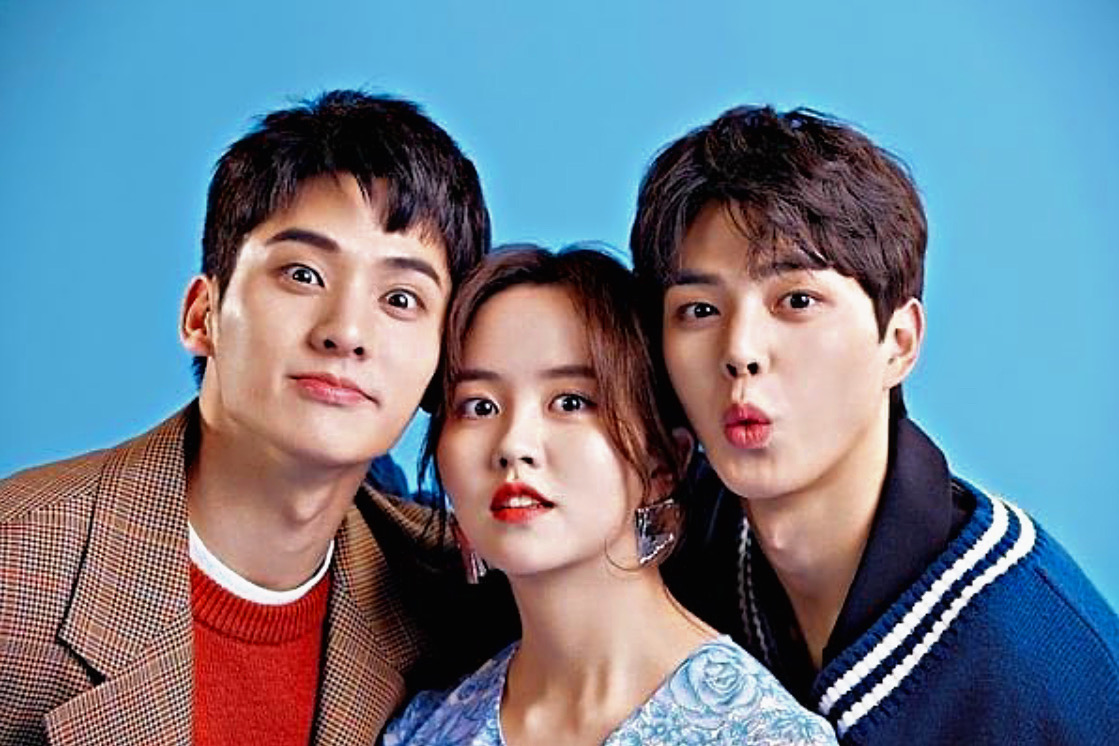 Being able to talk about things and expressing what goes inside your hearts still remains one of the hardest things to be done. Expressing or confessing love to someone is a very big risk that might ruin your relationship with a person. Knowing that fear gets stationed at the back of everyone’s minds and makes it hard for us to speak up. But what if there was a simpler way of letting someone know that they are adored? What if you easily come to know how many people at present are in love with you? And that too, with an app! Sounds kinda fun thing to witness right? Let’s get you through a similar story depicted in a South Korean series titled Love Alarm.

Confessing out is just one side of the coin. The other holds your perspective of whether you want to know how many people are actually interested in you. And that is made simpler with the storyline of Love Alarm. Since contemporary society is literally obsessed with their online presence, people spend a large portion of their time, grooming their respective profiles on social media. Looking good in the posted pictures and putting up stories that depict your so-called perfect lifestyle has become very important for people. And what’s better than your online presence is the answer to your queries about who is in love with me? 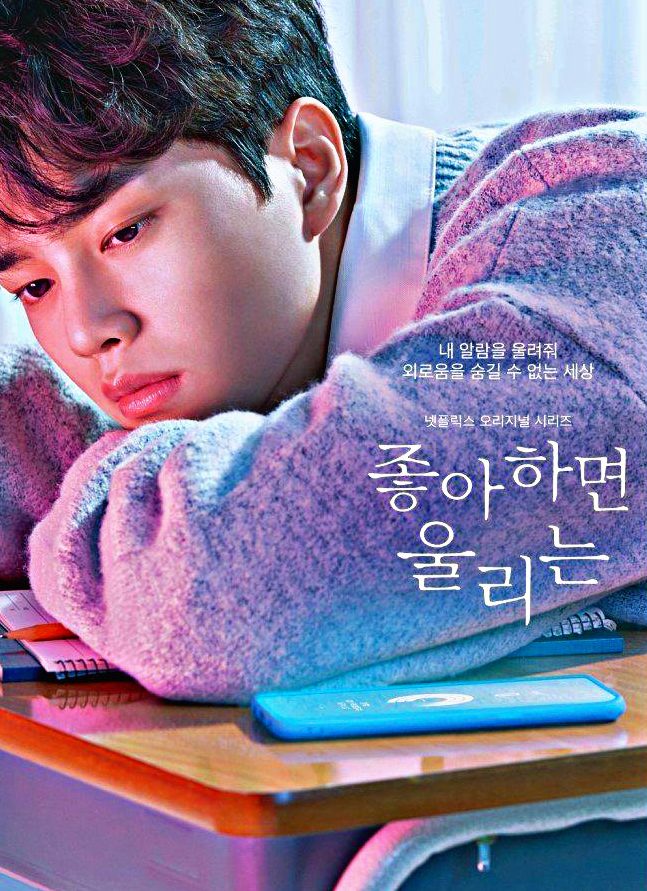 So, in the initial season of the show, we’re introduced to an app called Love Alarm, that’ll help you find your soulmate. Just think, what if you could find the love of your life while merely crossing the street or having a croissant at a coffee shop? Sounds smooth right? That’s the magic of Love Alarm. Basically, the app lets you know when someone in your vicinity is in love with you. The story, as it proceeds, follows a love triangle, that brings with it unresolved issue and a series of heartbreaks, that makes people question the pros and cons of the app. It becomes a controversial talk to the town about whether the app is essential and required or not.

We’re introduced to the female protagonist of the show, Kim Jo-jo. She has a terrible secret that cannot come out-a a secret about her parents being dead. Being an orphan, she lives with an aunt and her cousin Gool-mi. Kim Jo-jo is however deprived of love. Considered the circumstances surrounding her parents’ death, Kim Jo-jo’s aunt has a sense of hatred towards her. Although her aunt has given her a home and pays off her school fees, beyond that, she has no affection towards Kim Jo-jo. Gool-mi too is malicious. She is popular in her school and is habitual of snatching things away from people. When Hwang Sun-oh begins attending their school, her hatred towards Kim Jo-jo intensifies beyond measures. Hwang Sun-oh is a model who has been living in the US for the past two years. He is an incredibly popular and good-looking guy, and once he starts attending school, all the girls get their eyes glued on him. But he is attracted towards Kim Jo-jo, who doesn’t treat him like the other girls, and eventually falls in love with her. But what complicates this equation is that Lee Hye-yeong, his best friend too, has been in love with her, for a very long time. 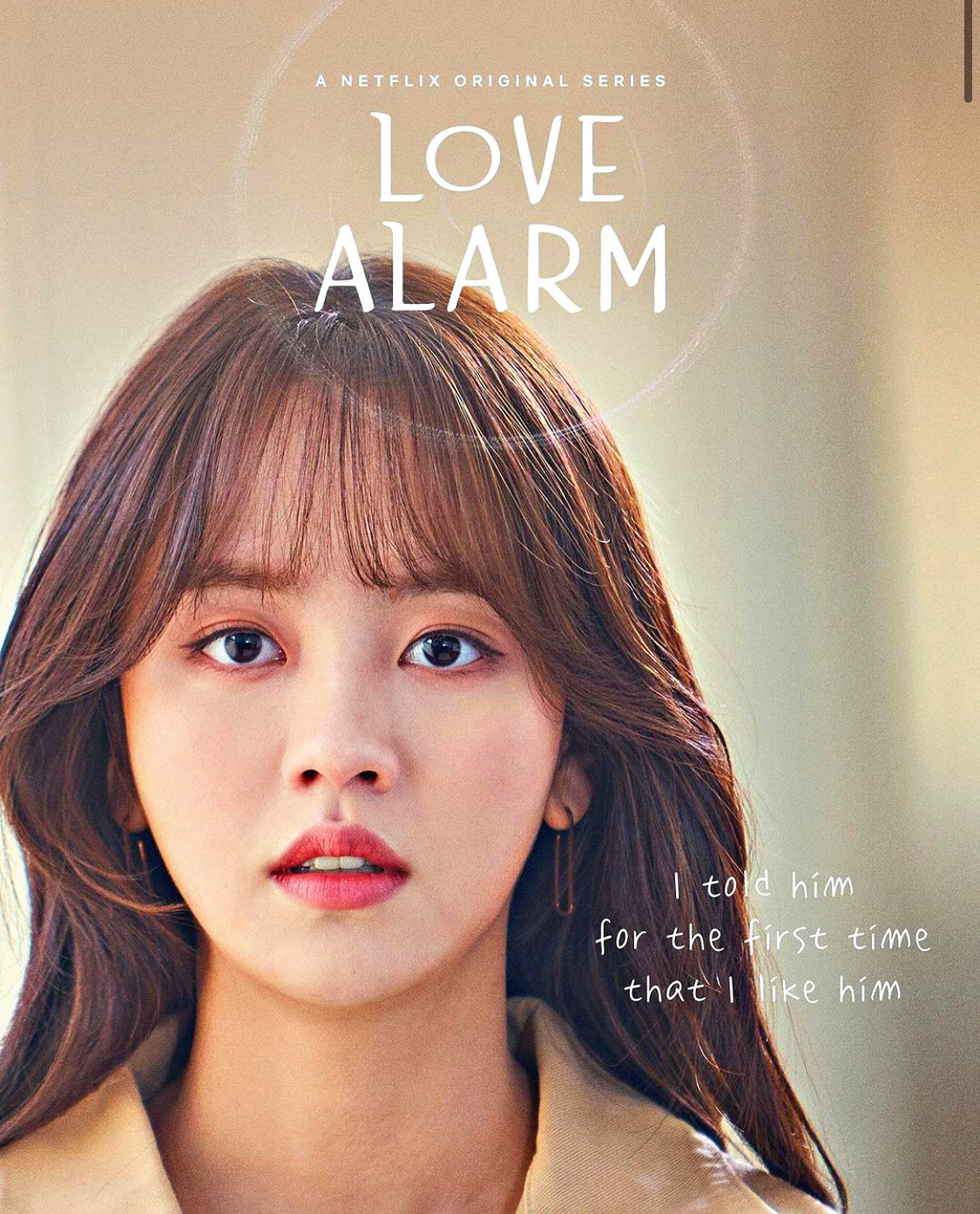 Meanwhile, in the city, an app called Love Alarm has become a hot topic, which notifies its user how many people, within a radius of 10m are in love with them. The show basically takes place in two times frames-the one during their school days, while the other taking place 4 years later. As the show progresses, we’re shown different events, as the timeline switches back and forth. In the time difference, we see different dynamics of friendship and love and the effects of the app on society. 4 years ahead of their school years, we get to know that Kim Jo-jo has broken all ties with Hwang Sun-oh, but he still believes she is in love with him. 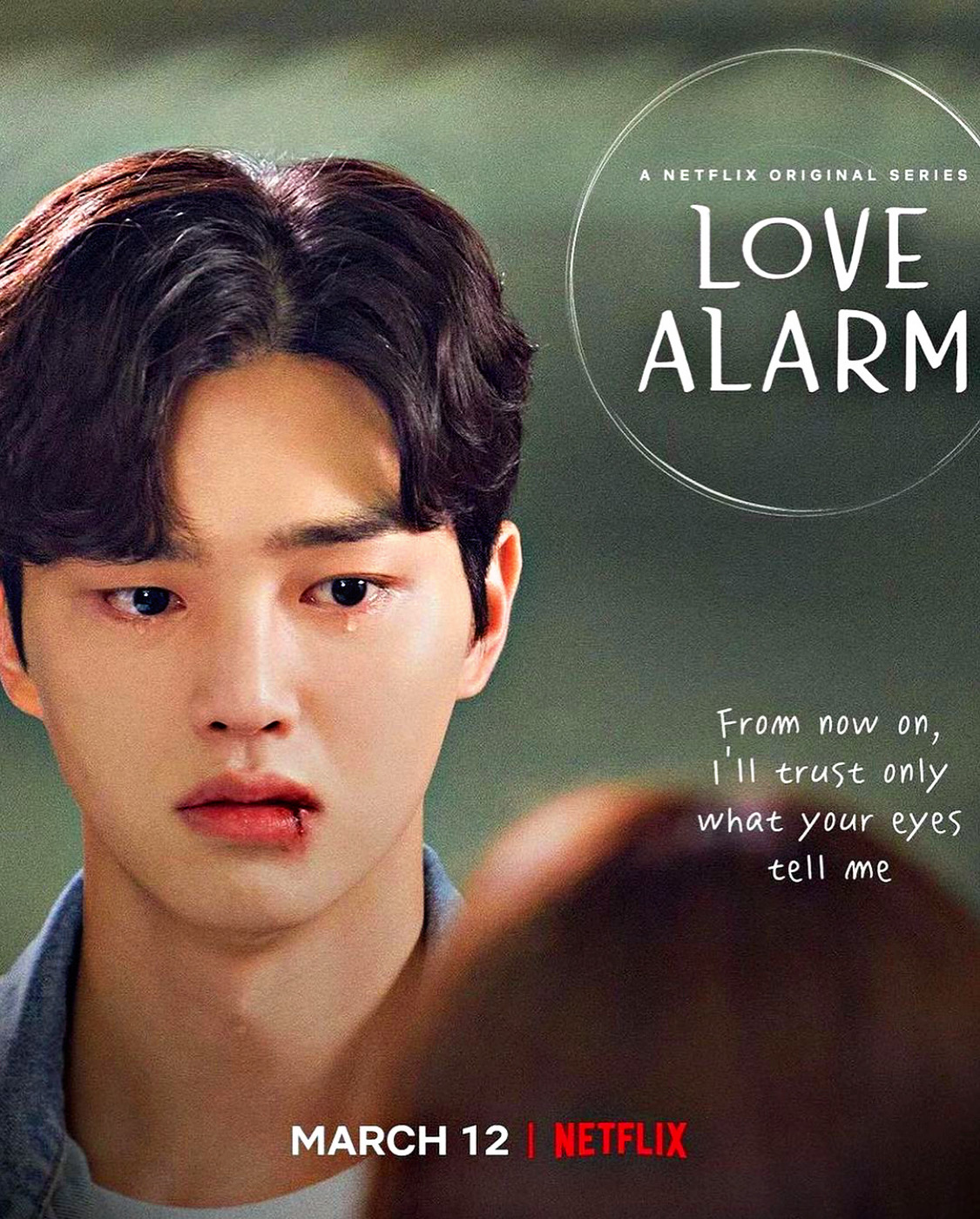 How did Season 1 end?

As we move towards the ending, we see Kim Jo-jo being trapped in a dilemma when both men decide to lay off their feelings in front of him. Back in school days, when Kim Jo-jo and Hwang Sun-oh got together, Lee Hye-yeong had decided to gulp down his feelings and never let Kim Jo-jo know about it. But now, when the two have separated, he wants to give his love a chance and wants Kim Jo-jo to know about how he feels about her. Kim Jo-jo tries to convince Hwang Sun-oh that she has moved on, and the reason for their separation was genuine. But he isn’t convinced because he knows, she still loves him. So he challenges her to ring the alarm in the presence of Lee Hye-Jeong and him.

But what will happen in Season 2? You have to wait to find out… or do you? pic.twitter.com/xxAHIEI9SN

But it has invited another problem for Kim Jo-jo. Years ago, when she decided to suppress her feelings Duk-Gu has her a shield app. When a person activates it, he is required to give up his freedom to disable it, and only the app developer can do it on your behalf. If she fails to find the developer, she won’t be able to analyze whether the decision taken by her is right or not. Without it, she will surround by doubt in her heart whether she has feelings for the one she didn’t choose. Kim Jo-jo is seen caught in the hallway with Hwang Sun-oh and Lee Hye-yeong. Her love alarm indicates that two people in her vicinity are in love with her. Before she can react further, we meet Duk Gu aka Brian Chon, the developer of the Love Alarm app. We get to know that he didn’t commit suicide and had just disappeared from everybody’s sight. He has come up with an improved version of his app called Love Alarm 2.0. It is has been designed to be more advanced and lets the users know who will fall in love with them over a period of time. Since Kim Jo-jo fails to meet Duk Gu, she isn’t able to set the alarm off. So now, with both men being in love with her, who will Kim Jo-jo choose? 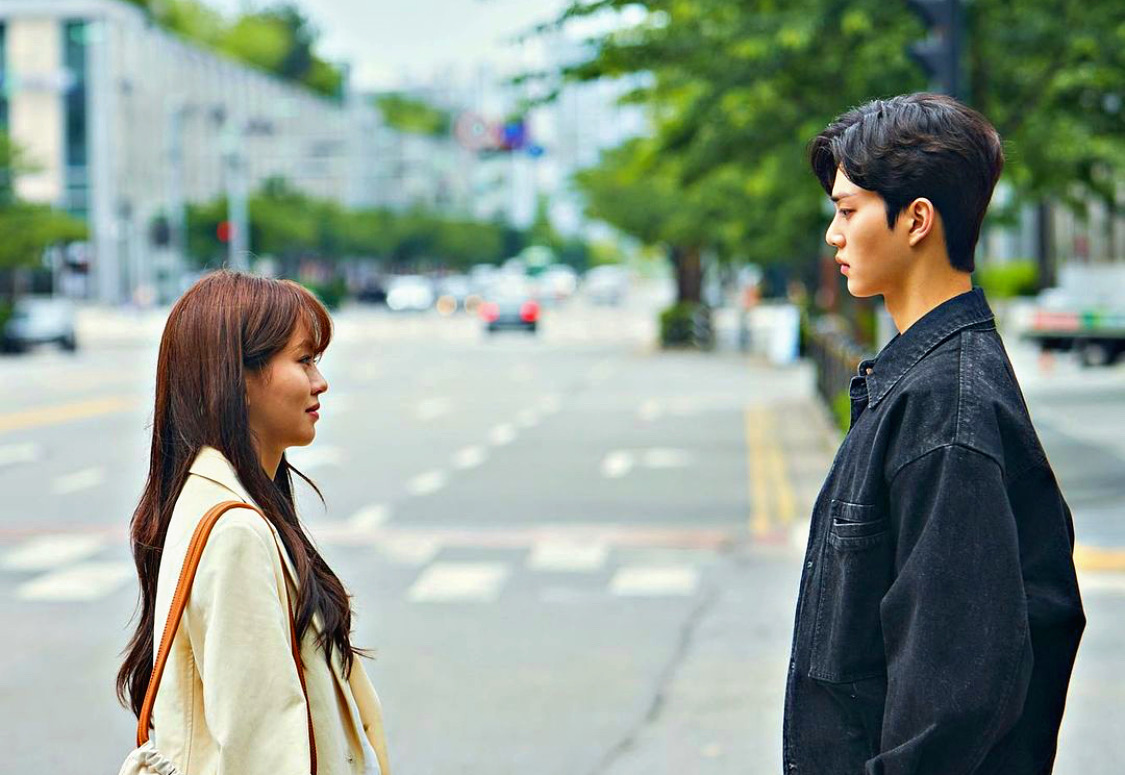 A still from Season 2

The initial season of the show ends with a cliffhanger where we aren’t sure what will happen next. To get the exact answers of who will be Kim Jo-jo choose, we’ve got to wait a little more as Netflix will soon drop the second season of the show. Love Alarm is based on a famous webtoon, that was published under the same name. But it’s totally impossible to predict any further story to the Netflix series as it holds a slightly different approach. Although the base stories are the same, the series holds a more elaborate depiction. But it doesn’t stop us from speculating on the relationship that will be covered throughout the next season. 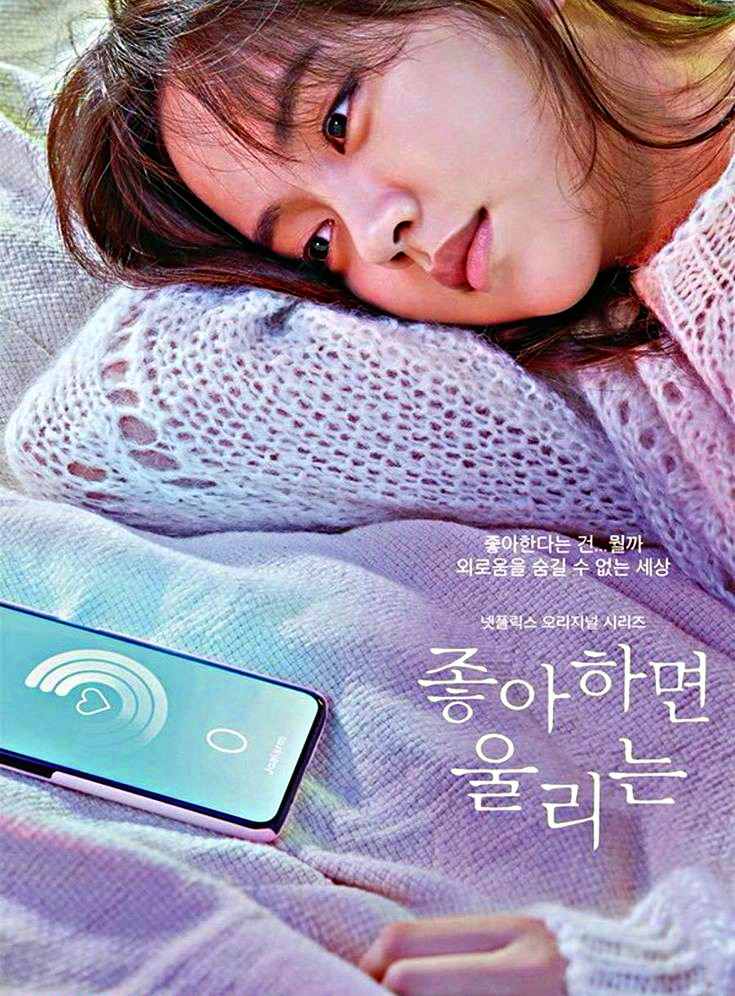 Who will Kim Jo-jo choose in Season 2?

Obviously, as fans ship Kim Jo-jo and Hwang Sun-oh, there’s no doubt that the two will end together. Both of them from the stages of their blooming love have shared a very cordial and warm equation with each other. And not to forget, even when Kim Jo-jo chose to break up with him on her terms, he still loves her. Not underestimating Lee Hye-yeong and his charm, he has always been kind towards Kim Jo-jo and the fact that his feelings haven’t changed towards her. He chose to take the back seat when he found out how his best friend feels for the girl he loves. The second season might also take a twist and Kim Jo-jo may actually end up choosing Lee Hye-yeong. Four years is quite a long time and these people aren’t teenagers anymore. It is possible that Kim Jo-jo has grown out of her sweet love towards Hwang Sun-oh and might consider Lee Hye-yeong as her love interest. With no Love Alarm to tell her which choice is right for her, it would be an enigmatic situation for her. 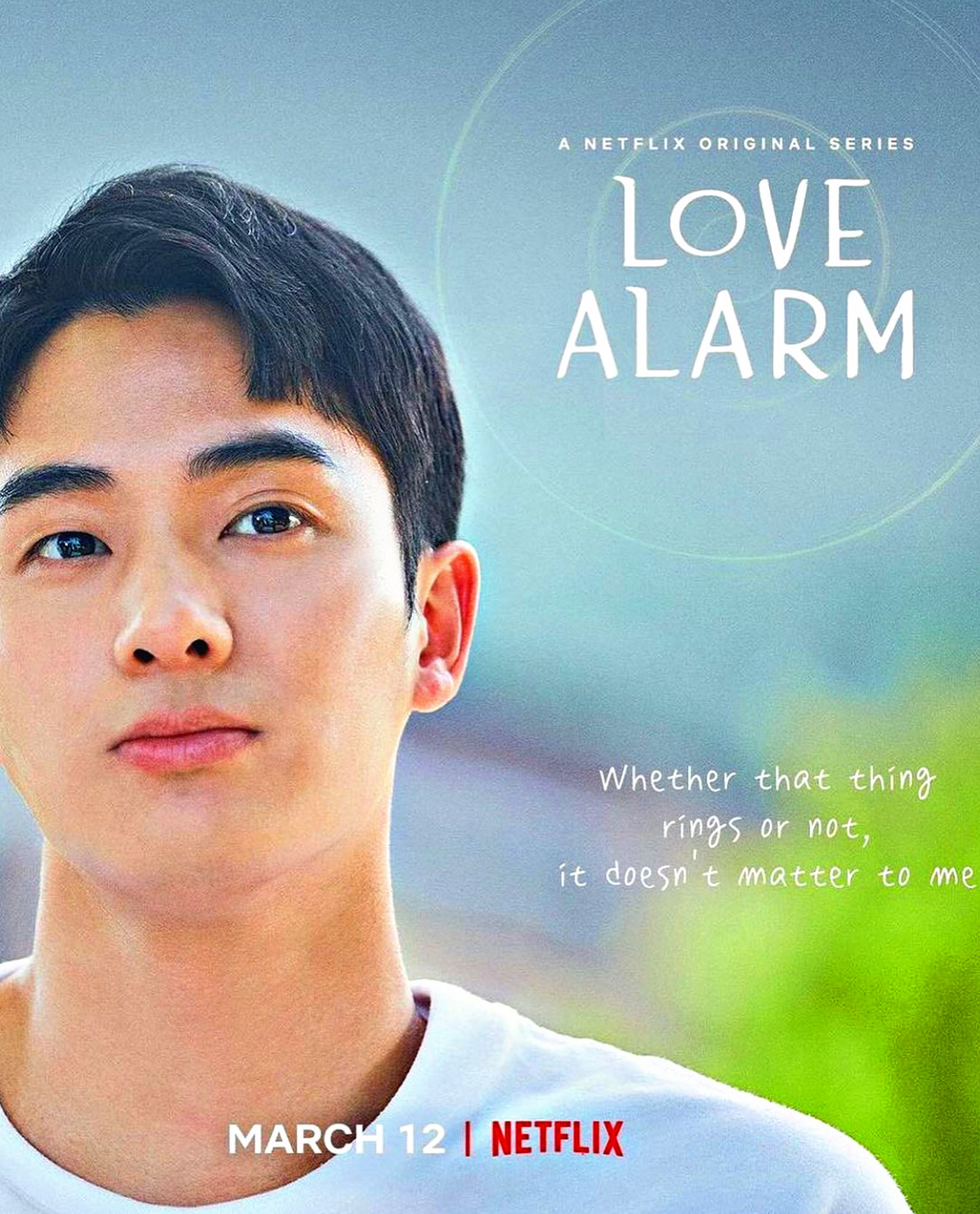