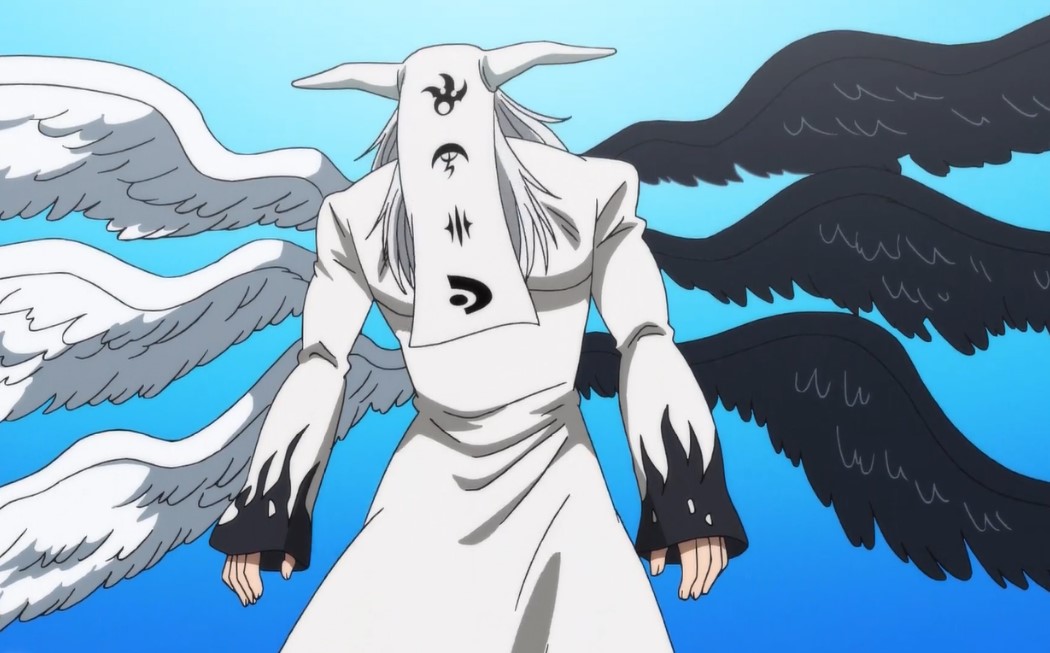 Mael has regained his memories as one of the four Archangels and all the members of The Ten Commandments Estarossa. He finds the truth about his past and present life and finds that Gowther is responsible for his state. Mael got driven with hatred and vengeance toward Gowther. He decided to kill Gowther, King, Tarmiel, and Sariel decided to stop him. They got involved in a fierce battle where Mael’s attack pierced Derieri.

He stole the Fourth Commandment from her, and Sariel got beaten. Tarmiel tries to tell Sariel to hold in. But Sariel thinks that the mission is a failure since he used all of his strength to hold Mael down. Tarmiel apologizes that he has messed up since it was their last chance to stop Mael. Sariel reveals that no dark or light can work on Mael. At the same time, Gowther is taking care of King, who has no match for Mael.

The Seven Deadly Sins Season 5 Episode 7 will be available on its official platforms on Wednesday, 24 February 2021, at 5:55 JST. Visit Netflix to get the latest episode and updates officially. 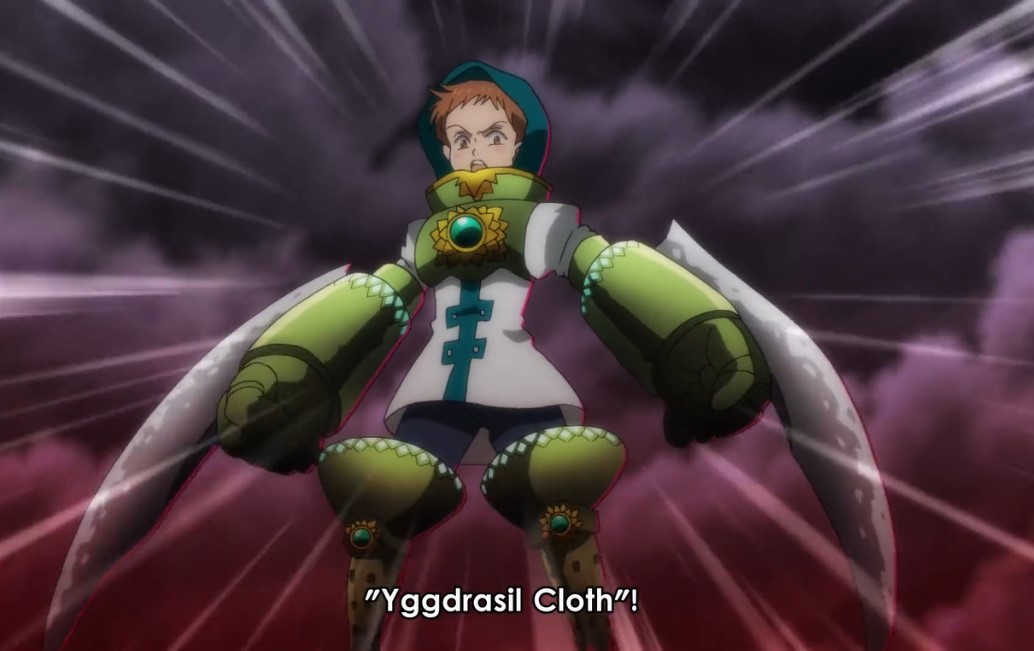 Sariel thinks that Gowther is the one who can stop Mael. He believes that Gowther’s psychological attacks can work on Mael. Sariel notices that Gowther is not the same cold-blooded heartless Commandment of long ago. He also reveals that a mighty demon incarnation is about to be born within that warped light they are seeing. The Mael they know is no longer there. Hawker asks Elizabeth what’s that warped ball of light and she said it is like a cocoon.

Mael’s body is rejecting the four Commandments, but he is still trying to fuse with them. Tarmeil shouts at Mael to remember the kind of soul he used to be. The light started to attack Elizabeth and the others, coming from different directions. The villagers notice that light and dark destruction is falling from the sky. They started to evacuate. Dreyfuss and Griamore are helping the villagers to evacuate to safety.

One of the knights thinks that it is the end of the world, and Jericho told him not to give up. Diane and Oslo teleport to the battlefield to save King and others. At the same time, Gowther decided that he will sacrifice himself to protect everyone and stop Mael’s rampaging. Diane reaches the battle and comments that The Seven Deadly Sins Serpent of Envy Diane has arrived. She vows that she will die protecting everyone, and she cannot just run away.

She spins her weapon, blocking all the attacks coming from Mael. Gowther is also backing her up, along with Oslo using his shield. Before Diane and arrives, Tarmiel and Sariel receive a blow that vanishes them. Diane gets to know the truth, and she can’t believe that those two have died just like that. Gowther also told her the reason beyond the Holy War. The light started shrinking, and Mael appears in another form.

Diane was shocked to know that Mael’s class is over 200000. Elizabeth told everyone to run. Mael unleashes a Sparkling Gem of Love and blows everything in an instant. But after the blow, the Seven Deadly Sins are still alive since Gowther has used his power to protect everyone. They both flew above Mael and said they would end it using that attack. King unleashes True Spirit Spear Chastiefol Sixth Form and gets Yggdrasil Cloth. 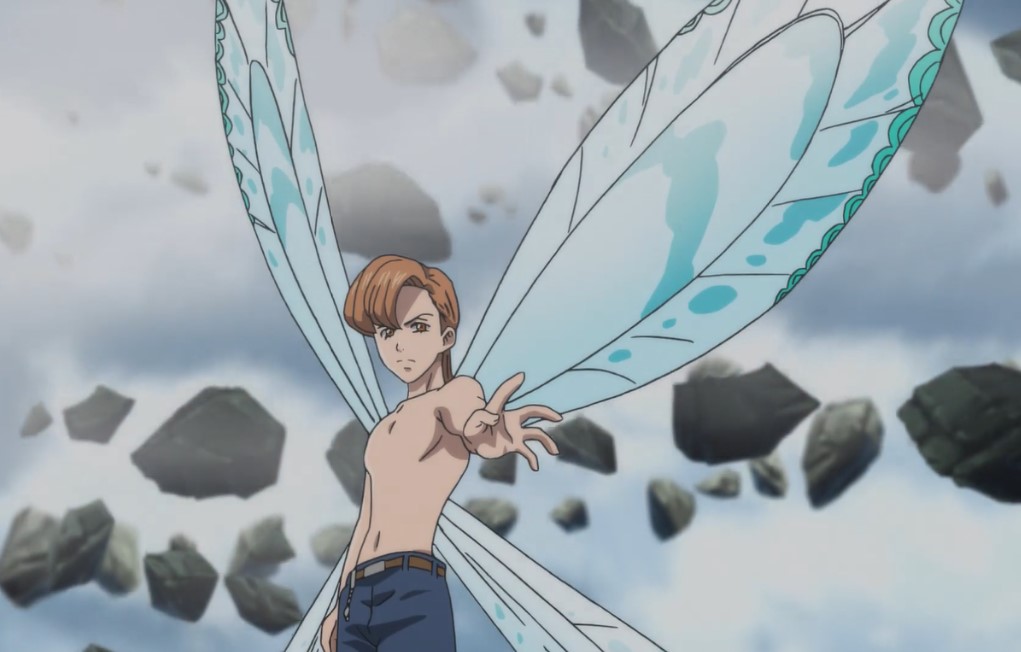 They both combined their attacks and started to shower Mael with Trinity Attack. Mael unleashed the Bell of Truth and started to punish the trio. Diane is surprised that the attack has ripped through Gowther’s illusion. Gowther notices that Mael is giving the Commandments physical form. No superficial magic can compete with it, and Mael switches the Commandments. Elizabeth warns everyone that the next attack is coming, and Diane gets ready to block it.

But they both got attacked by Scythe of Silent, and Diane comments that they let their guard down. Diane tries to use Heavy Metal, but she is wondering why her magic is not working. Gowther notices that they have received a curse of silence. He orders Elizabeth to heal their wounds while King’s armor broke into pieces. Gowther notices that Mael is unleashing a blow that will kill everyone, and he jumps and grabs him.

He comments that he will strike Mael down to protect his friend, and he decides to use self destruct mechanism. Gowther asks Oslo to teleport everyone to safety since his blow will destroy everything around the radius of ten miles. Before he self-destructs, he slipped away from Mael’s body. Mael unleashes Incense of Chastity, but Oslo grows big and swallows the attack. After the blow, Olso got turned into a statue, and Diane jumps in to stop the Sparkling Gem of Love using Gideon.

She comments that Gideon has answered her call to lift up the silent curse. Diane and Mael cancel each other attacks and cause huge destruction. Hawk is trying to save King, who is falling from the sky. King thinks that it is the end of The Fairy King. He decided not to let down Diane and transforms into a real Fairy King. He sent Mael flying, who was about to kill Diane. King told the others that they could relax; he will take care of everything.

Let’s meet after the release of Episode 7 with more updates on the next episode.