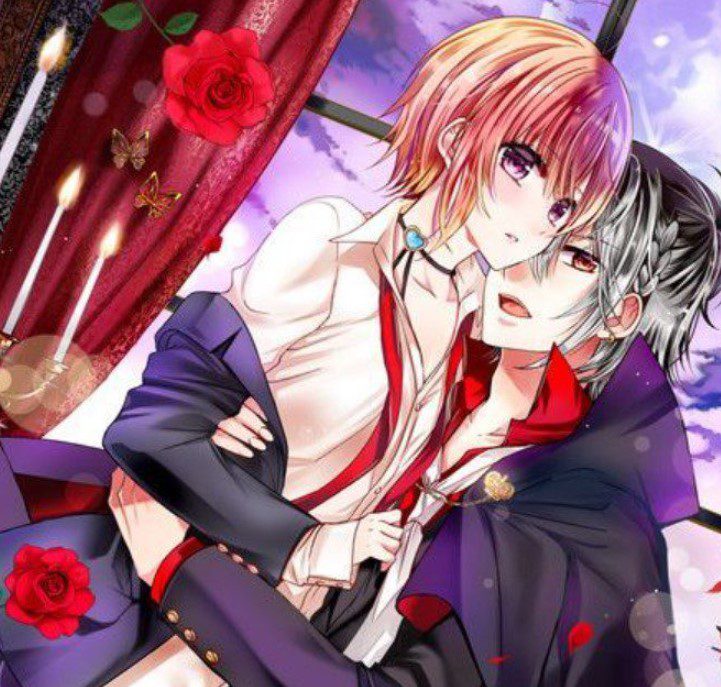 Best Vampire Romance Manga is one of the mangas that confuse many people, and some fail to understand the romance between vampires. Some vampires show their romance by sucking each other’s blood. This is an interesting topic, and vampire fans will learn a lot about vampire and their romance. There are tons of Vampire manga, but not all involve romance. However, we will look at the best vampire romance manga we know and introduce the Vampire fans to the new mangas or the ones they are unfamiliar with.

We will discuss the ongoing Best Vampire Romance Manga, but you might find few of them since many have ended; they are getting anime adaptations. We are familiar with the Best Vampire Romance Manga like Midnight Secretary, Chocolate Vampire, and Kamisama Kiss: Kurama-Yama Yawa. If you know the best vampire romance manga, you will realize that the list of the best vampire manga below is a must-read, and you won’t miss such interesting romance stories. If you have never experienced the sucking romantic moment, here is where you will enjoy it. You will also find one of the best favorite vampire manga in this list below.

The Vampire & His Pleasant Companions

This is one of the best vampire romance manga known as Kyuuketsuki to Yukai na Nakama-Tachi. Kyuuketsuki to Yukai na Nakama-Tachi ended two years ago, and it has become popular due to its romance and supernatural scenes. This is the story of Albert’s life that changed after he became a vampire. During the night, Albert turns into a bat vampire, and he can travel from the USA to Japan in a single night. 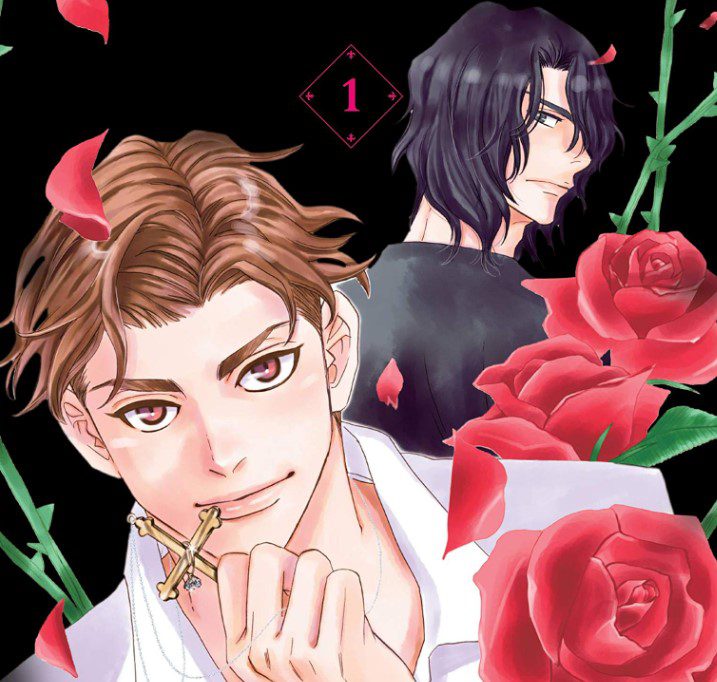 The Vampire & His Pleasant Companions

But one day, Albert was caught in the chaos that led him to be questioned by police since they found him naked, and it was unfortunate for him since he didn’t even know a single Japanese word. However, Albert believed in the kindness of his new companions and decided to convince them that he was a bat. This is a lovely romantic story of a man who becomes a vampire in a foreign country and finds love in the same country. This manga has various genres, and once you start reading it, you will realize that you didn’t waste your time and wish it had never ended.

Dance in the Vampire Bund

Mina Tepes moved to Japan, and she is the famous ruler of vampires. The Tokyo government gave her an offshore island called the “Bund” to pay off the country’s debt. Mina formed a spacial vampire district within the city’s harbor. Her choice was unpopular, and many people were targeting her. Mina realizes she needs a full-time servant and bodyguard to protect her. 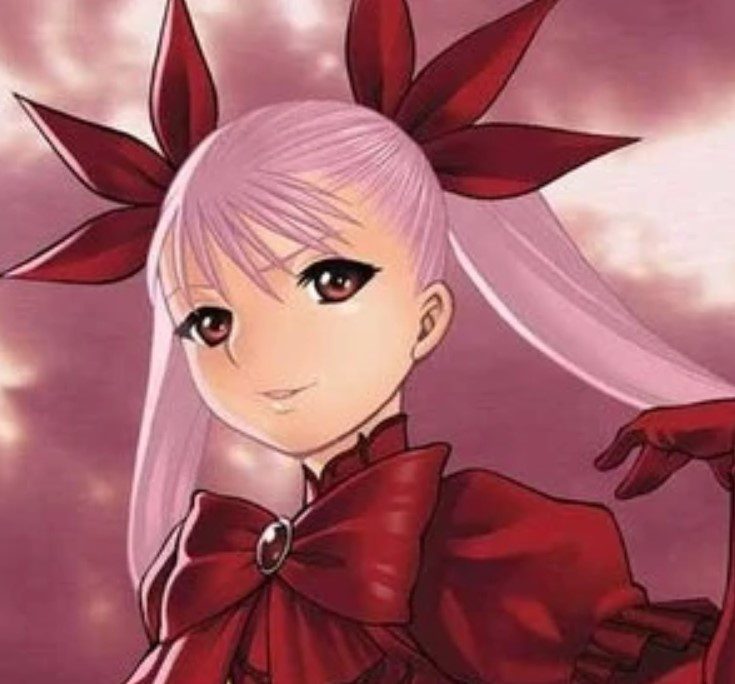 Dance in the Vampire Bund

She employed Akira Kaburagi, who was part of the respected Earth Clan. Akira begins to work to keep Mina safe, and the romance between a human-vampire begins. As the young princess attends school, Akira must also attend to Mina’s whim. No one knows about Mina’s motives for starting the vampire district and the one behind her attempts upon her life. This is an interesting romantic vampire tail that has a romance that will blow your mind, and the love between humans and vampires is at another level.

This is another best romance vampire manga worth reading in the current era. Ichika’s life has changed after the death of her grandmother. During the funeral, everyone comes to support Ichika and pay their respects. Ichika finds herself confused and in the spotlight as many of these faces have taken an interest in her youth. She is a fourteen-year-old girl who is supposed to be dating, but Ichika is not interested in that or participating in extra-curricular activities. 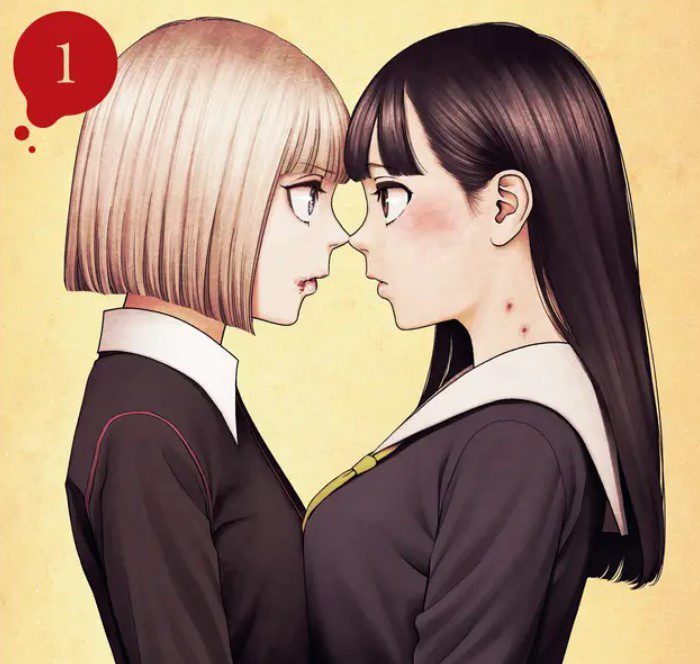 However, one day a young guest that visited her home changed Ichika’s life. Aria is a talented girl that knows about property and family. Ichika falls in love with her, and this is one of the vampire stories where same-gender falls in love. It is also interesting to read the best vampire romance manga where the main character is a female.

The Record of a Fallen Vampire

The famous Vampire King Akabara Rosered Strauss was left with nothing after losing his kingdom and his queen thousand years ago. However, humankind failed to kill the queen, but they sealed her away. They make thousands of seals for the vampire king not to find the queen’s location. Akabara continues to look for the queen, and the vampires pursue him. But things changed when an entity called the Black Swan appeared. 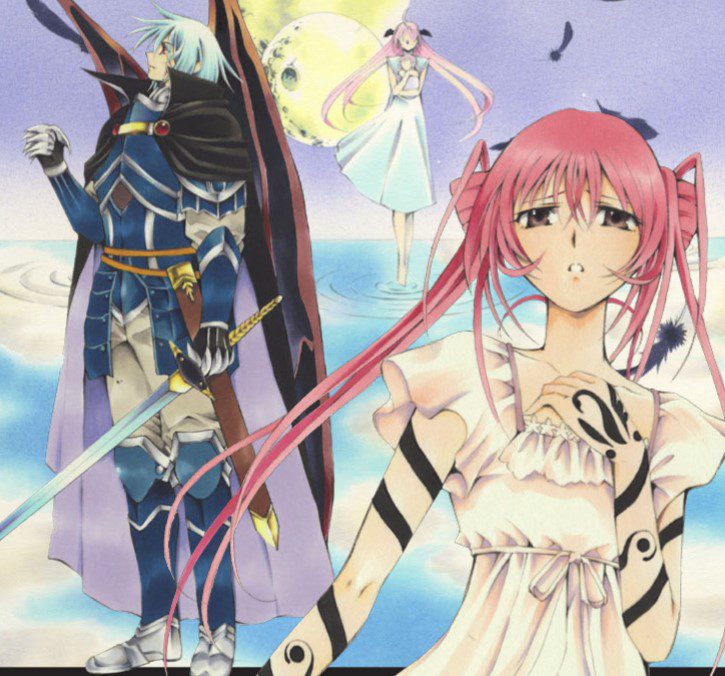 The Record of a Fallen Vampire

The Black Swan takes the body of a beautiful young girl after every 50 years. This gives the girl powers to eliminate the vampire king and queen. The Black Swan grows stronger in every incarnation, and the 49th Black Swan encounters Akabara, which might be the king’s end. But strange things happen when love and romance take part.

This is an interesting romantic vampire story of high school students. The romance and love in high school is an interesting thing to read, and this reminds many fans of high school life, but this also involves supernatural powers and vampires. Irie Yuunagi is an ordinary high school girl who a strange man bit, and her blood was sucked in the middle of the night. In the morning, Yuunagi was surprised to learn that she had become a vampire and she had become the wife of a man who bit her. Rin is part of the family; one of the men sucked Yuunagi’s blood. Yuunagi learns the ways of vampires from Rin. 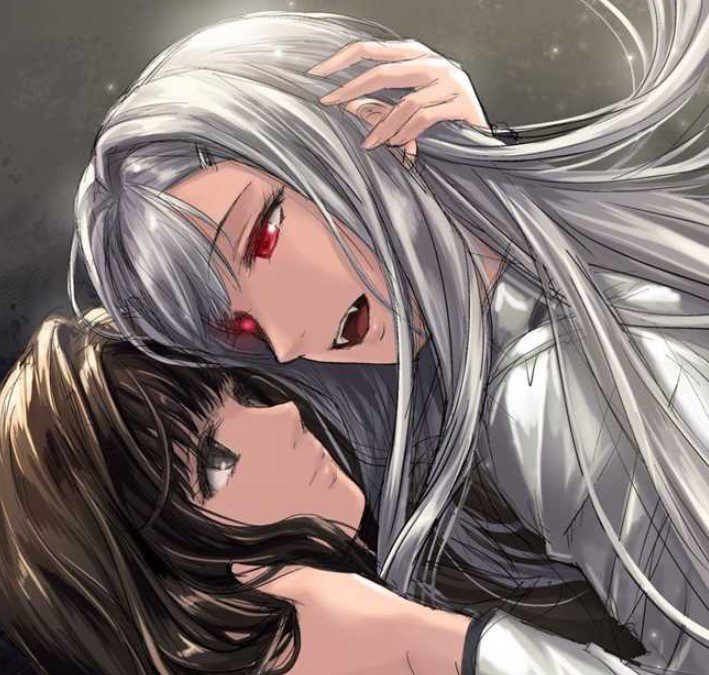 Mito is a homeless boy who lives on the streets, but there is a mystery hidden behind his identity. However, Ruka is a vampire who saves Mito from tragedy and gives her an offer. Mito always disguises herself as a boy, and no one knows she is a girl. Ruka asks Mito to become his subservient thrall from which he can suck blood whenever he wants in exchange for living with him in the boys’ dorm. 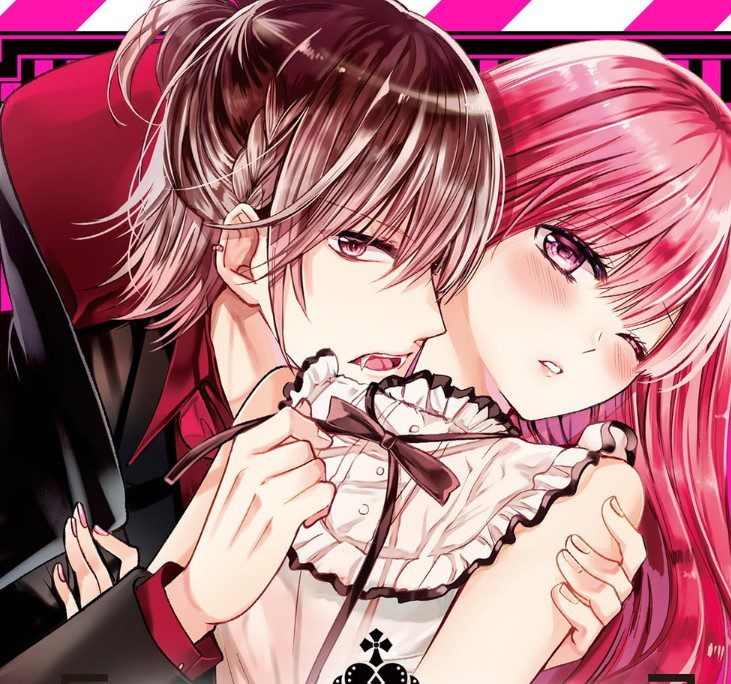 Mito’s existence depends on her secret, and she realizes that she might be in danger every day and accept Ruka’s offer. Ruka is unaware that Mito is a beautiful cute girl with red hair. However, one day Ruka felt something different when he sucked her blood, developing a romantic relationship between them.

Kagarizuki Academy is a famous academy dominated and governed by the Kagarizuki family. There are four sons; Setsu is the youngest son who became a beloved idol. But only Setsu’s childhood friend hates him. Since he is a vampire, Chiyo Mizaki was Setsu’s best friend and blood donor. Chiyo is also a vampire hunter but gives her blood to someone she hates. There is a hidden mystery behind Setsu and Chiyo’s life. Love and romance come after hatred. 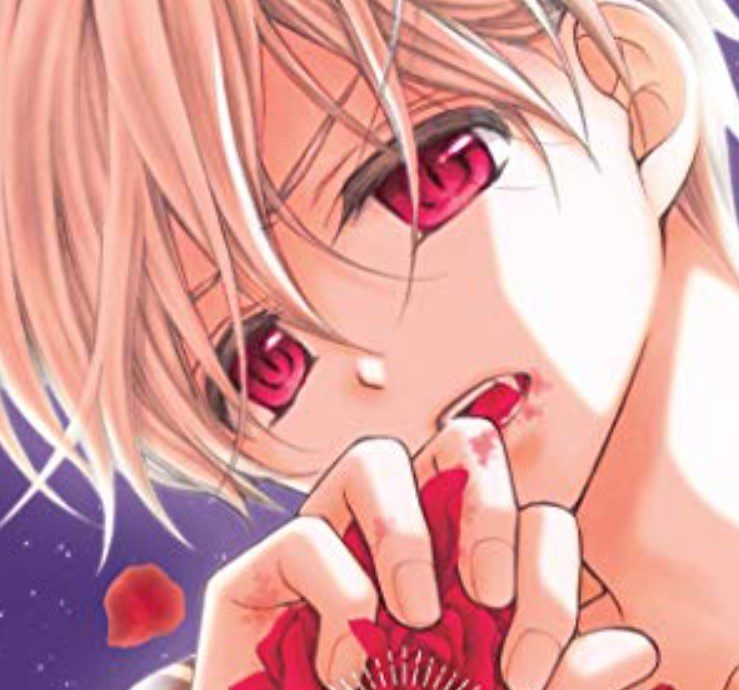 Hisaki is a girl who arrived 450 years back in the Sengoku Era. When she arrived, she encountered Miyoshi Ngayoshi, who greeted her. Miyoshi is a scary vampire, and Hisaki wonders what will happen to her life since she has arrived in an unknown world that she is unfamiliar with. This new world is filled with warriors, vampires, and high school students. A forbidden love between a high school student and a vampire begins. 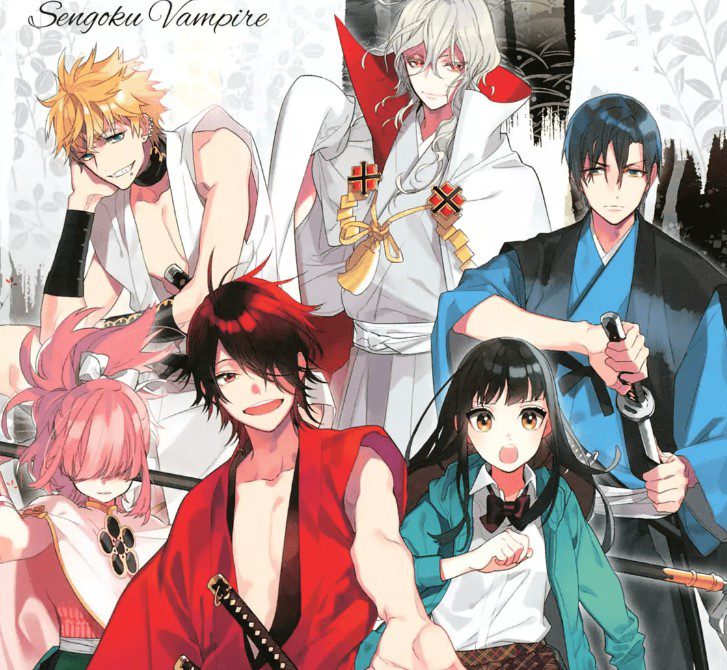 Those were the top-ranked best vampire romance manga that you must enjoy reading. Most mangas from above have the best action you won’t want to miss, and this has become a popular thing in vampire manga where find humans nad vampires settling old scores. There are many best vampire romance mangas that you might want to read, and once you search the romance vampire mangas from above, you will also find their recommendations or the other ones that are similar to them.