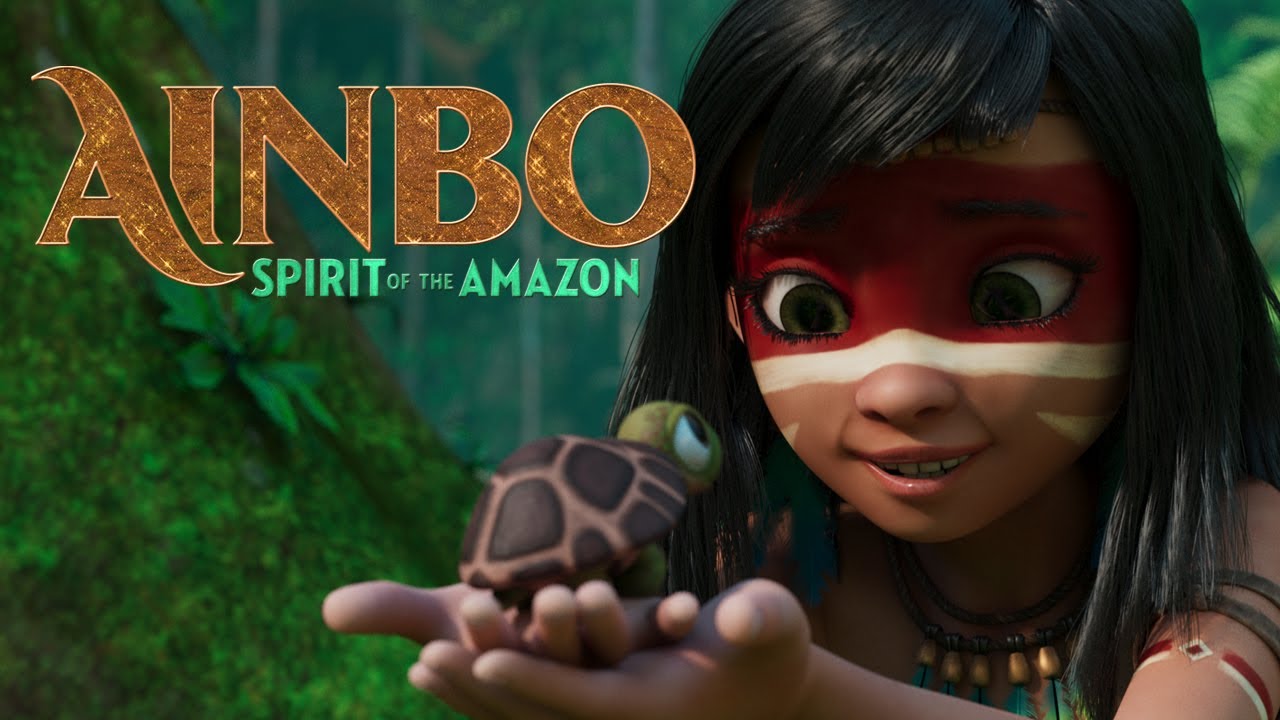 Preview: Ainbo- Spirit of The Amazon

Ainbo: Spirit of The Amazon is an upcoming computer-animated 3-D movie about the story that is based on the Amazon rainforest. Basically, it seems like a story of a girl who loves to have adventures in her life, and this adventure shown in the movie will surely delight the audience with the animated beauty of the Amazon rainforest. The animated movie got global involvement after Netherland animation studios joined the Katuni Animation team for the Ainbo: Spirit of the Amazon.

The makers of the movie are all set to make the global release of the Ainbo: Spirit of the Amazon on the occasion of Earth Day this year. The movie will be releasing in this current month of February, for the Netherlands, it will be releasing on February 10, 2021, and in European countries may be in the latter part of the February holidays. The audience will surely enjoy the animation of the Amazon forests with this film. After a very long time were are going to witness the adventures of the nature of the forest and the associated thrill that accomplish with the great journey of leading the tribe with Ainbo.

Ainbo: Spirit of the Amazon- Insights about Plot

The adventurous story of Ainbo starts with a story of girl who had born and grew up in the evergreen Amazon Rainforest region. She is part of an uncharted civilization that is very distanced from the human race, for that fact, they even don’t know that outside the Amazon region, there exists some area where other human races exist the civilization is backed by the supreme grace of Mother Spirit of Amazon, Turtle Motelo Mama.

Later on, we are entitled to a new name or term that is Yacuruna. The lead girl of Ainbo: Spirit of the Amazon animated movie realizes that her civilization is been dominated by other human race in terms of illegal mining, human exploitation and seeing the misery of her people and the way people exploited the resources of the Amazon, made her do something to save this and this way she leads a journey full of adventures to prevent this ill practices happening around her.

This animated film is trying to give out a message regarding various things we as a human do with that caution that in some way or the other disturbs the other layer of ecosystem existence that too live apart from us. We should also be cautious about the actions we are doing that it should not be disturbing others, as shown in the Ainbo: Spirit of the Amazon through the difficulties that Ainbo and other people of her tribe face due to the various activities of the humans, who are shown as the people different from the people living in the Amazon rainforest region like Ainbo.

Preview: Ainbo- Spirit of The Amazon

The role of Ainbo, who is the leading girl of the animated movie Ainbo: Spirit of the Amazon, is played by actor Lola Raie, the veteran warrior of the tribe that Ainbo is part of it is Zumi by Naomi Serrano, Huarinka by Bernado De Paula and Chuni by Alejandra Gollas. Everyone in this movie will be disguised as an animated character, the beauty of the Amazon rainforest is also shown in the entire animated 3D set up all the characters are in some way or the other in this movie is associated with the lead girl Ainbo of the movie.

As mentioned above that this animated 3D film will be releasing all across the world on the occasion of Earth Day because the plot revolves around a similar theme of saving the rainforest from the ill activities which satisfy human’s greed, but it certainly disturbs the Eco-system and the habitat of the plants, animals as well as humans living in that particular region of the forest region.