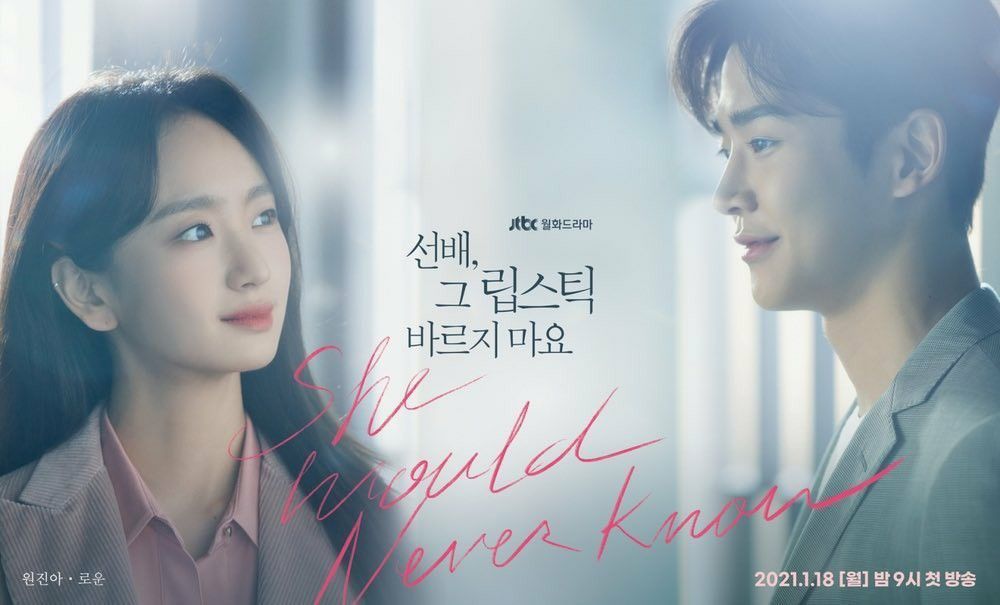 "She Would Never Know" Season 1 Episode 13 is coming out soon and here's all you need to know about it.

She Would Never Know, also known as “Senior, Don’t Put on That Lipstick” is already rocking the world with its first season and is now going to release its 13th episode. It is a South-Korean TV series based on a 2017 Web Novel with the name “Senior, Don’t Put on That Lipstick” by Elise. The show made its debut on 18th January 2021 at JTBC, the South-Korean subscription network, and broadcasting company. The show received great reviews on its premiere and hence, the show got quite popular really soon amongst the viewers. So, without further ado let us dive further into the article to learn everything there is to know about the series.

Glad that Won Jin Ah and her dramas with JTBC are good! Imagine Just Between Lovers, Life and now I’m excited with She Would Never Know. She is indeed their princess!

“She Would Never Know” is a romantic drama series written by Chae Yoon. Lee Dong-yoon and Ra Ha-na are the directors of the show. The show originated in South Korea and it is originally available in the Korean language. However, the creators have kept in mind the international audience. Hence, the series is available with subtitles in English, Thai, Chinese, Indonesian, Spanish and Arabic. Now, let us have a look at the cast of the series. It consists of some really experienced and amazing actors and actresses who are well-renowned in the Korean industry. 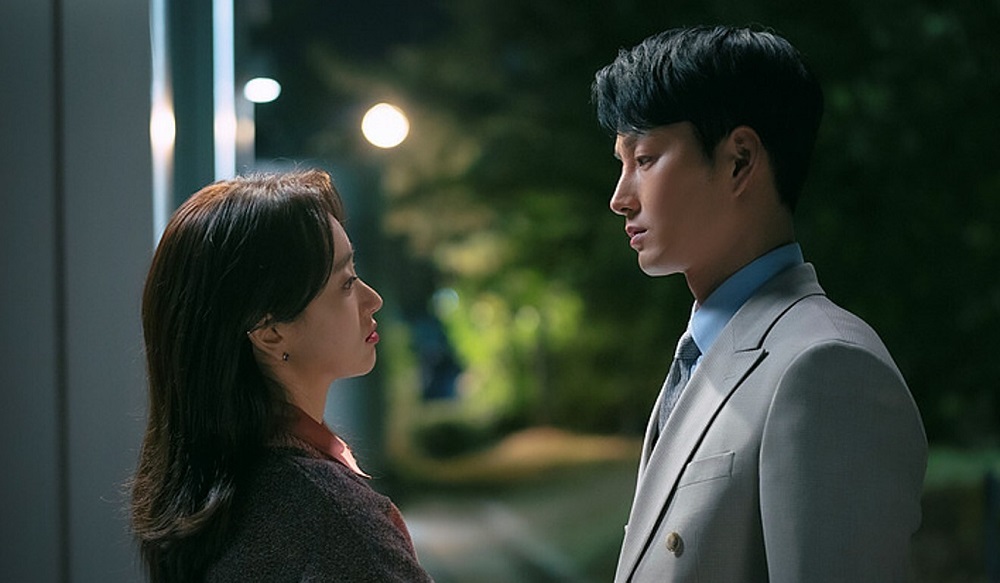 A still from Season 1 Episode 12 of “She Would Never Know”.

Won Jin-ah as Yoon Song-ah: Won Jin-ah is a South-Korean actress who is quite popular for her role of Lee No-eul in “Life”. Some of her other famous works include “Rain or Shine”, “The Age of Shadows”, “Money”, and “Hellbound”.

Rowoon as Chae Hyun-seung: Rowoon is a South-Korean singer, model, and actor. He is the lead vocalist of the K-pop boy band SF9. Rowoon has done many TV series and a movie to date. He has been a part of “Trolls World Tour”, “School 2017”, “Where Stars Land”, and “Extraordinary You”.

Lee Hyun-wook as Lee Jae-shin: Lee Hyun-wook is a South-Korean actor who people know very well for playing the role of Lee Sang-chul in the 2020 zombie movie “Alive”. Some of his other works include “Mrs. Cop 2”, “Search”, and “The Target”.

Lee Joo-bin as Lee Hyo-joo: Lee Joo-bin is a South-Korean model and actress. She has been a part of many TV series and a movie. Some of her best roles are from the shows like “Mr. Sunshine”, “Trap”, and “Find Me in Your Memory”.

Lee Kyu-han as Lee Jae-woon: Lee Kyu-han is a South-Korean actor. People know him for playing the character of Min Hyun-woo in the TV series “My Lovely Sam Soon”. Some of his other works include “The Birth of a Family”, “The Crowned Clown”, and “Blood and Ties”. 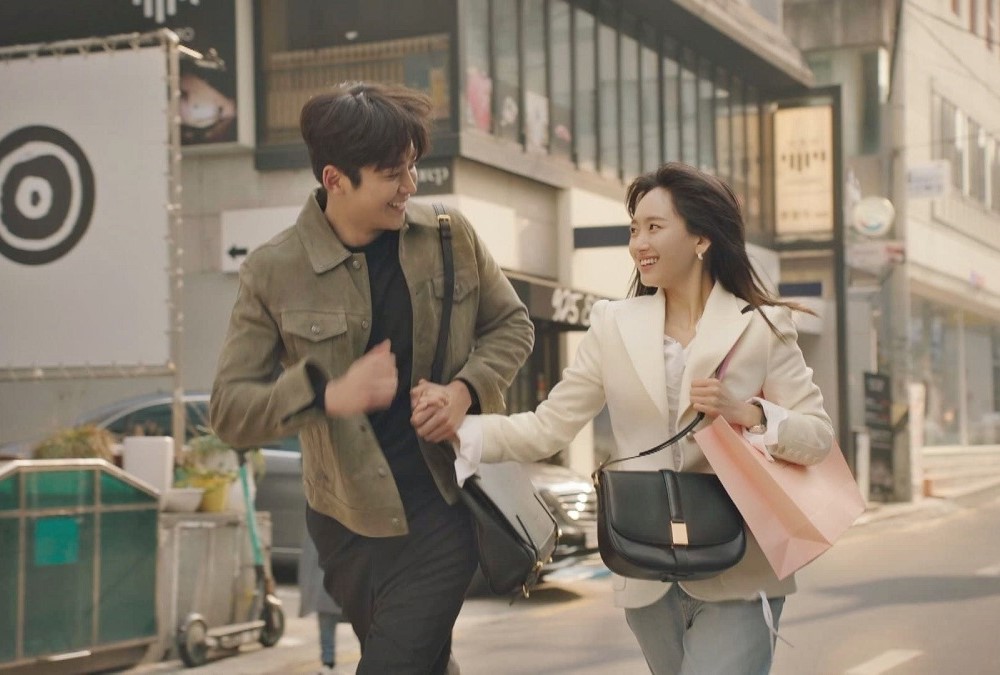 A still from Season 1 Episode 13 of “She Would Never Know”.

Wang Bit-na as Chae Ji-seung: Wang Bit-na is a South-Korean actress who is quite popular for her role of Bu-yong in the historical drama series “Hwang Jini”. She has been a part of many other movies and series too. Some of his works include “Cello”, “Run to You”, and “Love and Sympathy”.

Ahn Se-ha as Kwon Sung-yeon: Ahn Se-ha is a veteran South-Korean actor. He has been a part of several TV shows, movies, theatres, musicals, and variety shows. Some of his works include: “Marry Him If You Dare”, “Spring Turns to Spring”, “Goodnight Mr. Lee”, and “The Swindlers”.

Kim Hye-in as Kang Soo-mi: Kim Hye-in is a South-Korean actress who people know for playing the character of Seo Ji-an in Entourage. Some of the other movies and TV series that she has been a part of, are: “The Throne”, “Hospital Playlist”, and “The Chase”.

Kim Kwang-kyu as Kim Joong-hyuk: Kim Kwang-kyu is a veteran South-Korean actor. He has been a part of the South-Korean entertainment industry for more than two decades now. His famous works include “Dr. K”, “Voice of a Murderer”, “Special of My Life”, and “My Strange Hero”.

The show revolves around a group of people working in a cosmetics brand’s marketing team. The main focus of the story is on the junior/senior relationship of Chae Hyun-seung (Rowoon) and Yoon Song-ah (Won Jin ah). Soon Chae Hrun-seung gets attracted to Yoon Song-ah and works on building a romantic relationship with her. But, Yoon Song-ah rejects his proposal saying that she is not interested in dating guys younger than her. Gradually, the story progresses as they keep interacting and hence, the series revolves around them. iQIYI has already released an official trailer for the 13th episode on their official YouTube channel. You can watch it below.

When is “She Would Never Know” Season 1 Episode 13 going to release?

She Would Never Know” Season 1 Episode 13 is going to release on 1st March 2021 at 9 PM Korean Standard Time. The runtime of the episode will be approximately around 60 minutes. You can tune in to JTBC to enjoy the episode at the given time. You can also stream the entire episode on iQIYI at the same time. So, brace yourselves as the K-drama will be returning to your screens tomorrow. Until then, let us know how excited you are about the return of your favorite series.