The release date of Pacific Rim The Black Season 1 is less than a month away. Netflix’s upcoming anime-style American streaming television series will premiere next month. Here, we will discuss everything you need to know about the series, including the release date of Pacific Rim The Black Season 1. Greg Johnson and Craig Kyle are the creators of this science-fiction action series. Craig Kyle is the co-writer of Thor: Ragnarok, while Greg Johnson is the head writer of the 2000 series X-Men: Evolution. Jae Hong Kim and Hiroyuki Hayashi are the directors of all the episodes of the first season. It is based on the first two live-action Pacific Rim movies. The series serves as the anime version of the spin-off of Pacific Rim.

The series comes as a delight to Pacific Rim’s fans as there will be no third movie of the franchise. Legendary Television is the production team of the series. They have produced series like The Expanse and Lost in Space. Netflix released the first teaser of the series on 1 February 2021. After that, Netflix released a full trailer on 5 February. The release date of Pacific Rim The Black Season 1 is 4 March 2021. The series will most likely have seven episodes for the first season. Each episode of the series will have an approximate runtime of twenty-four minutes. Netflix announced an anime series adaptation of the movie in November 2018.

The trailer showcases the anime-style design and gives a better idea of the story than the teaser. We can guess from the trailer that the series will focus on the siblings most of the time. This is because the entire trailer centers around Hayley and Taylor. Apart from that, we also see a few small Kaijus. These may be the newly created Kaijus. However, nothing about this is known as of yet. Another mystery is the appearance of a little boy. In the beginning, the trailer hints that he is the enemy. However, towards the end, we see Taylor carrying the boy. Taylor was probably trying to save the child. So, we can assume that the boy may not be a threat. 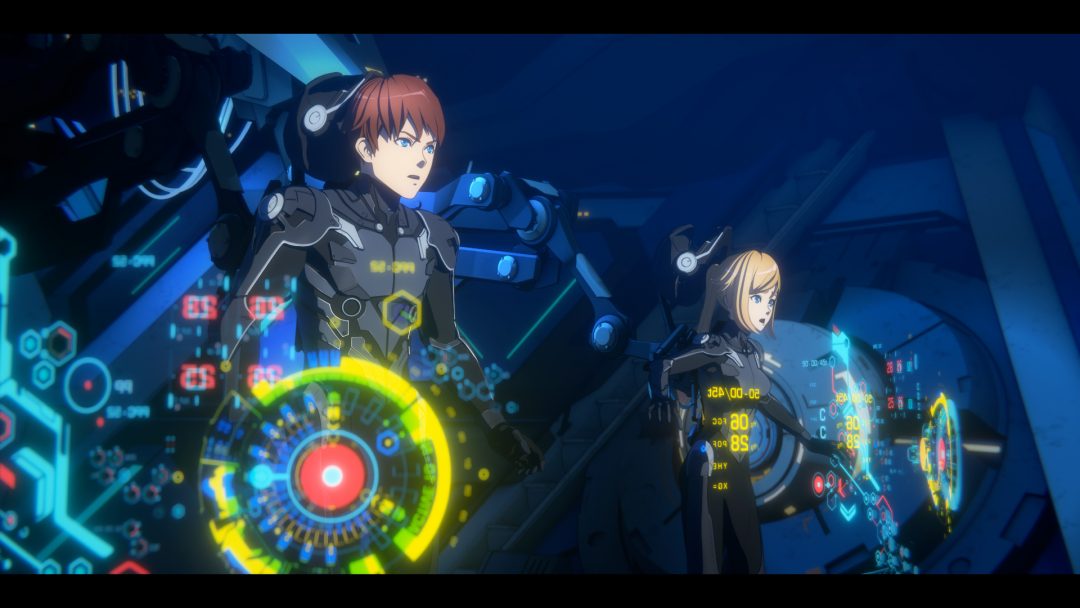 The production confirms that the series will occur in the same timeline as the live-action Pacific Rim movies. The episodes of the series will build on the story of Pacific Rim and Pacific Rim: Uprising. Kaijus are a race of genetically engineered amphibious creatures. They were the biological weapons of warfare that threaten humanity. Kajius are designed to be extremely hostile and toxic creatures. The sole purpose of their creation is the wipe out all humankind. After they rose from the Pacific Rim, humanity finds a way to fight back against these monsters.

Humanity built Jaegers, gigantic robots for the sole purpose of fighting those creatures. In the series, Kaiju terrorized Australia. The entire continent is on the brink of destruction due to their terror. As a result, the entire population of Australia evacuated somewhere else. Pacific Rim The Black focuses on two teenage siblings Taylor Travis and Hayley Travis. However, Hayley and Taylor were the only ones who didn’t evacuate.

Actress Gideon Aldon reveals that she will give the voice of one of the siblings. So, it is not difficult to assume that she will play the English version of Hayley Travis.

The Lincoln Highway Ending Explained: In Depth Conclusion Of The Book

What We Do in The Shadows Season 4: Release Date, Plot & Cast Members

Who Is Georgina Rodriguez’s Boyfriend? Everything We Know About Her Love Life

ロストアンブレラ: What Anime is Lost Umbrella From? All about the popular Japanese song