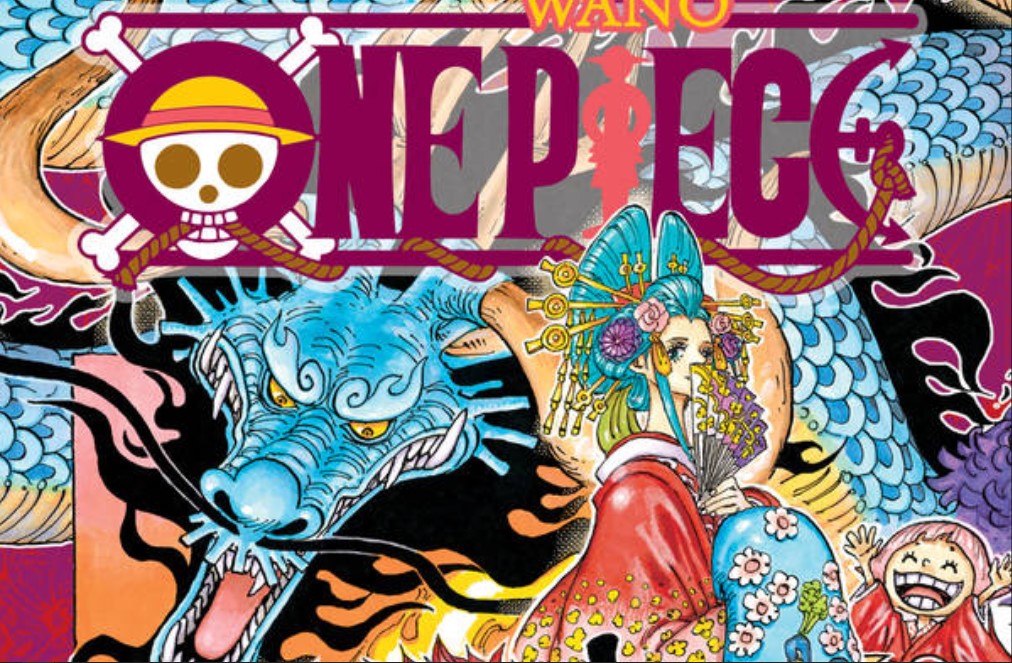 One Piece 1001 spoilers release later for this week. Fans waited for a long time, and finally, the spoilers release. Usually, we get spoilers as early as Monday, but for this week, things are different. We received the earlier spoilers just a few hours ago, and they are only a fraction of the chapter. The spoilers that are out now are like a tease and generalize what will happen in One Piece Chapter 1001. The spoilers came with more updates about the manga’s chapters that will be released afterward, and we will be looking at them shortly.

The chapter will be titled Onigashime’s Decisive Monster Battle.

Big Mom uses a new attack that launches fireballs, and there seems to be a joke about the attack.

The whole chapter will show fighting.

Luffy and Kid also appeared doing something, but the line is obscure.

The will be a break next week, so that the manga will return on January 24th.

In the cover, Jinbe is sleeping on a jellyfish.

Kaidou is shocked to see that Luffy’s attack was able to damage him.

Zoro: “So that’s the Haki he has been learning from that old Wano kuni guy?”

Kid: “What the hell is that Haki? How can a punching attack work against Kaidou!?”

Kaidou thinks to himself.

Kaidou: “This brat just completely lost to me a while ago in Kuri.What in the world happened since then!?There are only a few people in the world who can fight against me.Who the hell does he think he is?”

As Kaidou looks at Luffy, he sees the shadows of Roger, Whitebeard, Oden and Rocks behind him (we can’t see Rocks in detail).

Kaidou attacks Luffy with “Raimei Hakke” again. Luffy reads the future and dodges the attack but Kaidou is so fast that Luffy is partially hit again. Some blood comes out from his head while Kaidou compliments Luffy for being able to dodge the attack this time.

Big Mom attacks Luffy with “Heavenly Fire” before he could get up, but Zoro cut Prometheus in half with Kinemon’s “Kitsunebiryuu: Homurasaki” (he says he stole it).

Kaidou attacks Luffy again but Law uses “Shambles” to teleport Luffy towards him. Law is angry saying that he intended to save Kinemon by himself, but Luffy had to go and say it first, so now it looks like he’s following Luffy’s orders.

Kid mocks Law for becoming Luffy’s subordinate and says he doesn’t care if “small fry” wants to team up.

Luffy: “So the first guy who touches that fire is a “small fry”.

Law and Kid say they won’t play Luffy’s game. But when the fireballs come close, all of them refuse to touch them (they all make funny “Huh?!!”faces) and so all of them get hit by the fireballs.

Zoro puts on his bandana and says to Killer.

Zoro remembers him from his laugh. Killer replies him while he prepares his blades named “Punisher”.

Killer: “If had these blades back then, you’d have been dead.”

Zoro: “The result would still be the same.”

Zoro: “I still need to release more of Enma’s power.”

The 3 captains are back on their feet and attack Kaidou together. Kaidou tells Big Mom to wait since he wants to see their power in full. Luffy uses “Gomu Gomu no Kong Gun”, Law uses “Takt” to drop tons of rocks on Kaidou and Kid uses a new attack called “Punk Rotten: Punk Vise”, a badass robot with skull face that crushes Kaidou with both hands.

Meanwhile, Big Mom is laughing from above and turns Napoleon into a flaming sword. Kaidou emerges from the rocks in his dragon form. In an amazing double spread, Kaidou in dragon form and Big Mom with her flaming sword face the 5 Supernova.

Kaidou: “it would be such a waste to kill all of you. But that can’t be helped. After your death, I will take all your crew, your treasures and all the Poneglyphs that you have! Whoever wins this battle, will only be a few steps away from becoming the Pirate King!!”

We have managed to get hold of these spoilers courtesy of the One Piece Subreddit.

The highlights from the upcoming chapters are finally out. More spoilers are expected to be released by Thursday or Friday this week. This means that for each of the coming days, we will be getting the spoilers t fill the rest of the manga chapter. This will be interesting since the entire chapter will be filled with fighting.

From the highlight of the chapter, the most interesting this opened the updates. Zoro appeared using Kinemon’s fire cutting techniques. This suggests that it might be a sword style that can be taught to someone. We would remember that Zoro arrived in Wano way before the rest of his crew. So he might have undergone some sort of swordmanship training.

Kinemon doesn’t use any devil fruit, so we can not say the fire cutting technique is uniquely his. But it’s merely his signature move. Kinemon is the mastermind behind the wano raid and has probably foreseen that Zoro will be on the frontlines of the battle. So it is likely that he made sure that Zoro leans a fire cutting skill before facing off Kaidou.

This doesn’t necessarily mean that Kinemon trained him; it might be any samurai skilled enough. But now as we see it Zoro as acquired a useful technique as Kaido mostly use fire attack to start his battle combinations of attacks.

Another Highlight is Big Mom using an attack that launches fireballs. But we know Big Mom has Prometheus. So that is one of his attacks that we have not seen before. The spoilers also hint that the whole chapter will be filled with fights. This makes us look forward to more of the chapter updates.

We now know that the entire One Piece Chapter 1001 will be filled with Kaidou and Big Mom vs. the Supenovas fight. There will not be any interference of any sort, so here we will see how each of the supernovas has become powerful. Everyone will play their part in this fight, and they will be making the first moves. Luffy has landed an opening blow to Kaido, and we now wonder how the rest will follow up.

Kidd and Luffy appeared, and they seem to be doing something. Whatever they are doing is likely to be revealed with more spoilers updates. But it is expected to be about the fight or their rivalry. They might be doing something silly in the middle of this big fight.

We are yet to get more updates on how Kaidou is doing. He was struck and appeared to be knocked down. It’s like that Big Mom might have attacked after seeing all this. More updates will be released within a day or two. The spolers that are released at this point are vague, but they tell us the direction of the next chapter.

Another major update from One Piece 1001 spoilers is the break. The manga will be going on another break again. This means that in the five weeks of January, we managed to get only three chapters. The manga will likely pick up pace in February, where we might go for a long time without any breaks.

For the latest update on the ongoing manga and anime, you can check out our Anime News Weekly Updates. We have all the details about the anime and manga releasing new episodes and chapters this week.

K-Drama ‘The Penthouse’ Season 2 Has Dropped A New Teaser