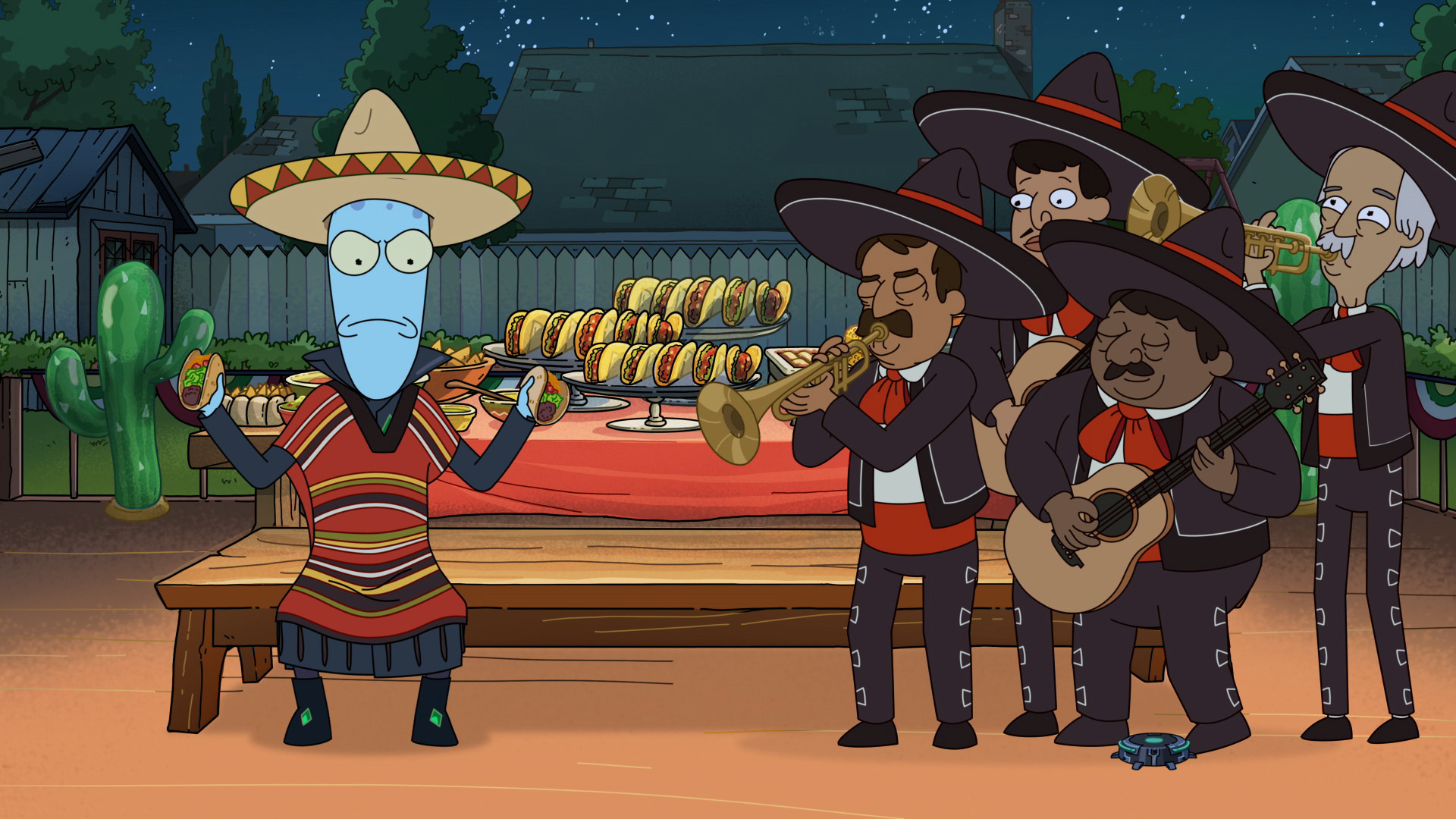 A HULU original, Solar Opposites, is an eight-episodic show about alien protagonists. The show starts from a timeline where the four aliens have lived on Earth for a year now. As they debate whether the Earth is suitable for life or not, they try fun experiments to get by.

Solar Opposites debuted with the third episode on May 8, 2019, the same day when all of its episodes came out. The third episode of the series titled, ‘The Quantum Ring’ took off from where episode 2 left off. It maintains the same goofy humor and larger-than-life plotline. Exceptionally, what could be more charming than four very different aliens bash the human race, verbally and in the science lab? So far, the neo-Nazi bar, nazism, and human bigotry have scarred the aliens forever. But we’re thinking, America has more to offer. Before you get all aggrieved, America is where the aliens reside with a pet, the Pupa.

It was clear from the second episode itself that Solar Opposites was aiming high. Did you even see its fantastic pace! The plotlines may not be as outlandish and the sci-fi experiments in the show, like Korvo, using nanorobots in the water supply to spy on the people? I mean, come on! But here’s the thing, and to take something as bizarre and out of the box, club it with science and make a comedy of errors out of it, is a true Justine Roiland style. The other co-creator on Solar Opposites is Mike McMahan.

The story goes something like this, after the destruction of their planet, the four lines crash-land on Earth. Surprisingly the aliens have a pretty good knowledge of science and weird experiments, which is telling of how humans still see aliens, the odd creatures who cook up things in the lab and make guinea pigs out of everyone who lies prostrate in their laboratories. The four aliens: Korvo, Terry, Yumyulack, and Jesse have done so much in such a short time on Earth, highlights another thing, that not only are humans bigots (we’ll get to that part later) but also slow learners. The aliens are contesting for presidentship in their local homeowners’ association, attending schools, saving the city from the wrath of their sci-fi hijinks, and practicing magic. And if you haven’t noticed, they have dressed already in Sombrero hats! Some of us haven’t had a chance to wear them yet! 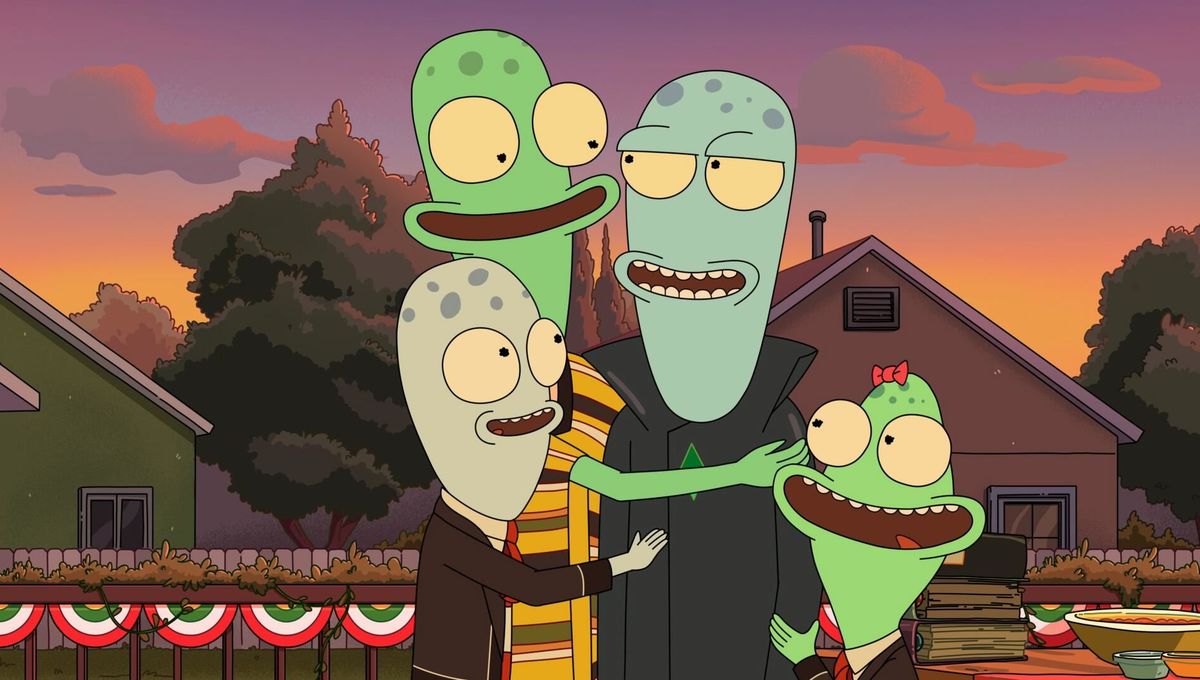 The leader and the boss of the gang, Korvo (voiced by the creator Justin Roiland himself), is the subject of attention. Previously on Solar Opposites, we saw him cook up excused and spin stories to avoid work. We also noticed that he had the attention span of a goldfish. But the burden of the show rests on Korvo. Although Jesse, Terry, and Yumyulack take the plot ahead, the boss man is Korvo. So it’s not surprising why Roiland would himself choose to voice Korvo. The difference between the previous episode and this one is that in here, the characters are given their tropes and allowed to play with them. There are way too many pop culture references and homages in this episode, so if you are a fan of those, you are in for a surprise. Kind of like The Simpsons there, isn’t it?

While it’s good to have someone like Korvo on the show, what we do not fully agree with that choice, Terry, Jesse, and Yumyulack are subordinate to him and play along with his doings and misdoings. The third episode is about Korvo become a magician with a sci-fi feather in his cap. The pop-culture homages are paid to Now You See Me, and The Prestige, of course. Magic movies, you guys! ‘The Quantum Ring’ is Korvo’s attempt to learn and showcase magic with a grossly looking Yumyulack terrarium.

The plots are simplistic, mundane, and ordinary. There is no space talk or intelligence (complicated plans). That’s where the essence of the show lies. The aliens, since they have done earth time, are bound to think and act like its inhabitants. Therefore the plots focus on Earthly issues, minus the space-time continuum trash, which let’s face it most of us cannot understand. Have you looked around you? Now is not the time for high-science. As a result of this, the gags are unlimited and hilarious. You can beat Roiland in that department. This episode, like the previous two continues with alien and humans, both on Earth. It isn’t about a species intruding from outer space. It attempts to highlight the differences in the two races, boldly giving out the message–aliens are far better than humans could ever be. They own up to their mishaps and try to rectify them. Humans profit-off of casualties. It’s sad, but it’s true.

A sub-plot that has stuck with the show is Yumyulack and Jesse’s terrarium. Ugh! This makes for some of the silliest gags on the show. This shrunken wall terrarium accounts for the rest of the humor. Episode 3 gives out an important message that even though Korvo is the center of the show, the three aliens slowly catch on. The terrarium sub-plot highlights that aspect of the show very well. All in all, if the show manages to seek sympathy and love for the aliens from humans–you know it is a success. That compounded by a running gag of pop culture, movies, TV shows by the aliens is just heartwarming. 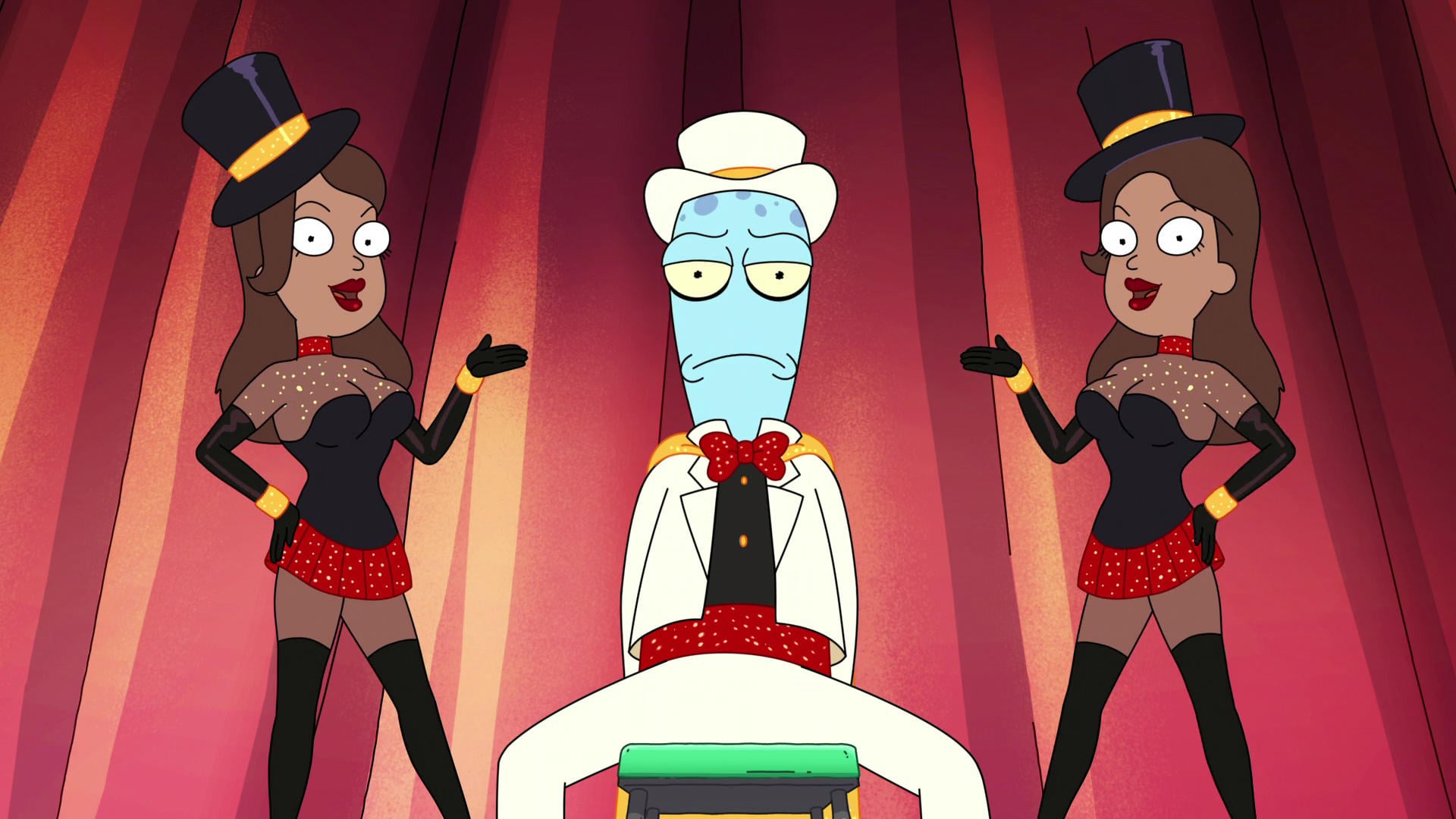 In our first episode, we iterated that we know do not know where Solar Opposites is headed. We shall reiterate it in this episode as well. We do not, for a second, know where the show is headed. But that’s the beauty of it–the surprise element. While we can assure you the show will garner sympathy for the rest of its characters, besides Korvo, we do not know the rest. This goes without saying those of us who have seen it, know.

In conclusion, Solar Opposites, episode 3, consists of darts and uncountable goof-ups. You do not feel burdened after watching the show.