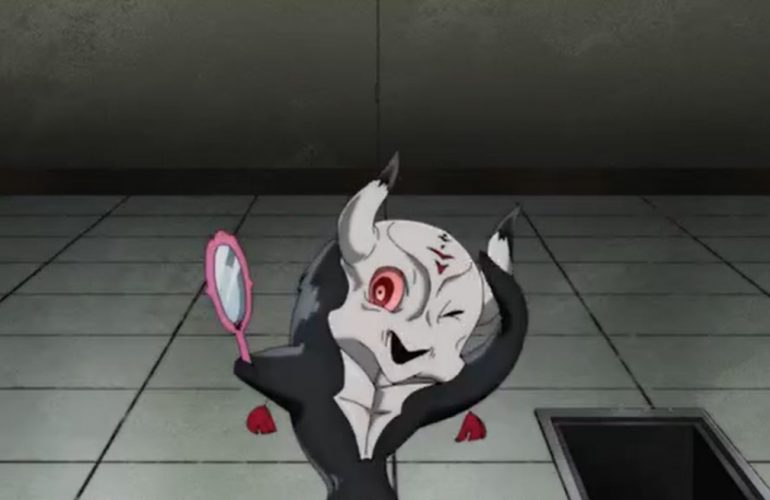 Cute Germ mocks the security inside the body that it is a total joke since he has managed to get inside without being noticed. He carries a mirror around, trying to show how he looks cute and adorable. But he did that alone, thinking that everyone is saying that he is cute and adorable. Inside the building, he parses himself that no attack will come from an Immune cell that can take down a Cute Germ like him.

He comments that he is lovely today and just cute for a germ. Cute Germ also said that he is going to Blam Pow him when he caught Immune cell off-guard with his cuteness. All the time, he realizes that he is the one who is always caught off guard since he will be busy praising his cuteness. U-1146 shows up and attacks behind his back, telling him that” Die you damn germ.” Cute Germ got defeated in an instant without even executing his plans.

Cells At Work or 2 Episode 2 will be released on Friday, 15 January 2021, at 2:00 AM. Watch this anime here AnimeLab and Funimation. Every Friday new cell episode at Work hits; you can try to get the other development here: Cells At Work. Let’s move onto the following recap and preview below. 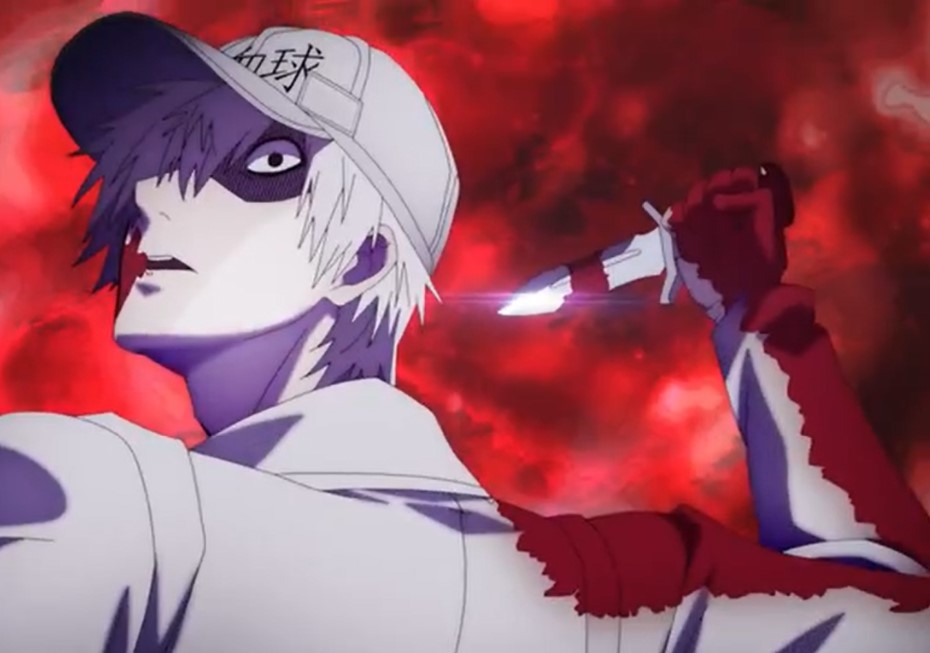 The next day the cells continue with their daily duties without facing any problems. AE-3803 met with Macrophage on her first day of work, and they both have girls’ talks. AE is transporting gas to somewhere where it is needed, and Macrophage praises her for her hard work. Since she is shy, she bums will Killer, who told her to get out of the way. Killer asks her if she is Los again since she is just wandering around, and she apologizes for getting in the way of Killer and other training.

Nt helps AE with her work. It has been revealed that 37 trillion cells are working energetically and with their might again today. Ae, also known as Red Blood Cell, met with White Blood Cell, friends. The two ask Ae if she has seen U-1146, who is also a White Blood Cell. AE replies that she hasn’t seen him in a while and asks why they are looking for him. 4989 replies that U-1146 has been pretty slammed with work lately, and he is worried that he might be bored alone, and he wants to go for tea with him.

AE said that they must not worry about U-1146 since he was sipping on some yummy-looking germ soup. Meanwhile., U-1146 is still chasing Cute Germ, who has managed to survive the earlier blow.  He is trying to slash Cute Germ with his dagger, and he manages to take him down in a pool of blood. U-1146 reports that it is him of the White Blood Neutrophil Division the invading bacteria have been exterminated.

He stood on top of Cute Germ’s blood, commenting no matter what kind of germ he is, he can’t let them loose since they can be a threat. U-1146 has a pose that he does after defeating his enemy, and he did that. The pose looks like he is trying to stab someone, and it scares Backward Cap, who holds his germ juice. U-1146 wanted to clean the mess that he caused with Cute Germ. Backward Cap said that she would do it since he is training to become that Platelet.

Backward Cap is worried that she is weak, and Patalet’s leader is getting stronger all the time. She also revealed how she trained with others every day, and she is twice a week as the next Platelet. She keeps holding everyone back during the training, but they never lose hope in her, and they cheered for her to improve—one day when the Master visited the Platelet.

She still funds that it is a weakling in her squad, and she can afford to be on the same shadow with the weakling. Backward Cap is told that when Master returns, she must have grown stronger by the next hemorrhage. That day Backward Cap promised that she would be stronger when that time arrives. Backward Cap reveals that she is right when Master yells at her since she might hold others back during the mission and get no results. She reveals that she has decided n to get the squad until she trains and gets stronger.

U-1146 advises her to go back to train with others and see how it will work. Training in a group will help her improve her skills, and she thanks him for the advice. She went back to train with others, and the White Cells cheered for her. As a team, they started improving, and she has noticed that something will be missing without her in a team. Since she has an important role in fulfilling in her team, and Master recognizes her talent. She embraces her while she shed tears of joy, and U-1146 is glad how things turn out.

For this week that all the recent updated we have managed to get so far. Stay tuned when a new episode hits so that you will get new updates as soon as possible.