America based electric truck startup, Rivian Automotive is launching an all-electric truck with a promising acceleration comparable to those of supercars. The disclosed model is no concept vehicle and will be produced without any alternation as 2021 R1T. The R1T will be the first truck in the electric segment, which is deemed to be flourishing rapidly and a strong competitor for the rivals soon coming Tesla Cybertruck and the GMC Hummer EV SUT. The truck being 215.6 inches long falls between mid-size pickups and full-size trucks.

The vehicle will be sold straight to customers, though the company will establish a service center network and brand stores soon. The officials also confirm its future extension plan by the introduction of a seven-passenger crossover named R1S with matching specifications. The current completely loaded long-range 180.0-kWh model will be launched initially with 135.0-kWh and short-range 105.0-kWh variants to join the production line soon, within a year after the official start of production. 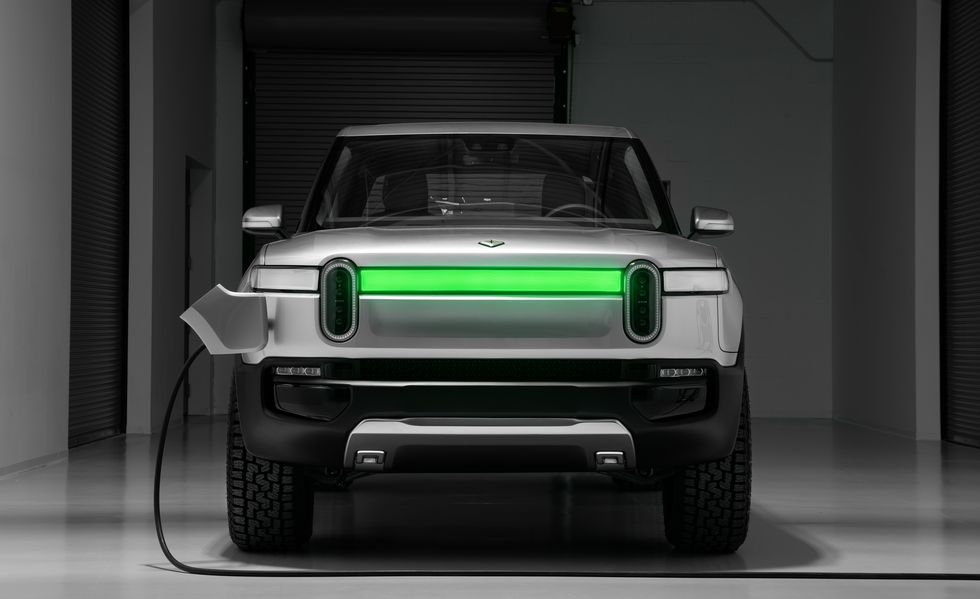 The R1T truck was scheduled to go on sale in late 2020, initially the top-of-range 180.0-kWh model, but earlier this month, the officials confirmed its launch delay to the next calendar year 2021. Rivian is considered as chief in the electric pickup truck industry, and Amazon solo has booked 100,000 delivery vehicles for itself. The company will notify the customers once the timetable for the production plants will be laid.

The company plans to introduce the top-of-the-range model initially, the 180.0-kWh variant, which will offer the largest battery and tedious driving range. It is specially designed for heavy cargo transportation. The expected price for 180.0-kWh will be around $80,500, while the 135.0-kWh is estimated at around $75,500 and 105.0-kWh at a price of $70,500. 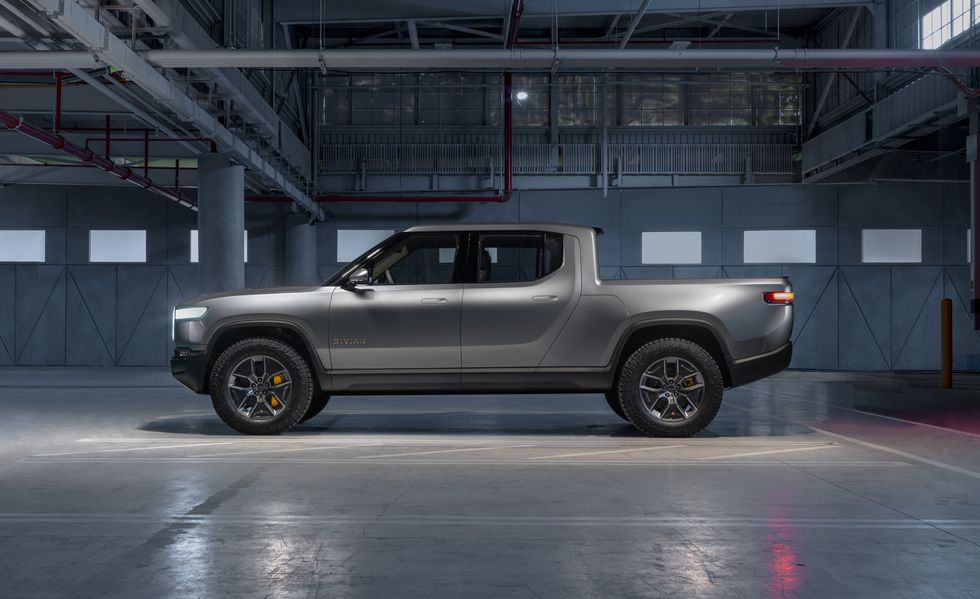 The R1T will come with All-wheel drive as standard with a similar arrangement as Tesla Model X, an independent electric motor for driving each axle. The 135.0-kWh variant will be the most powerful claiming a speed of 0-to-60-mph in 3.0 seconds powered by a 754-horsepower engine. There will be a height adjustment feature to control clearance height through adjustable air suspension from whooping 8 to 14 inches. The R1T will be available to the customers with three different battery options: 105-, 135-, and 180-kWh storage, the higher, the better. The 180.0-kWh variant will comprise a battery range of 400 miles while the 135.0 versions will provide a backup for about 300 miles, and the entry-level model which will be launched at the last will have a 230-mile range.

The company claims the R1T model can easily carry a payload of 1760 pounds and can further haul more than 11,000 pounds of weight. The battery will be exhausted quickly in dragging such a heavyweight for sure in comparison to cruising unladen. The interior cabin is enriched with leather, wood, and separate big displays for infotainment and gauge cluster system. It has got some large storage compartment and trunk in the front and behind the cab with a lockable in-bed compartment with 12 cubic feet of storage. There are three 110-volt switch outlets inside the bed and an air compressor too. The infotainment system will onboard systems like Apple CarPlay, Android Auto, and Wi-Fi hotspot as standard. The vehicle will have Level 3 autonomy sensors, but the car still cannot drive on its own under certain circumstance, and other key sensors include automated emergency braking, lane-departure warning, and adaptive cruise control.