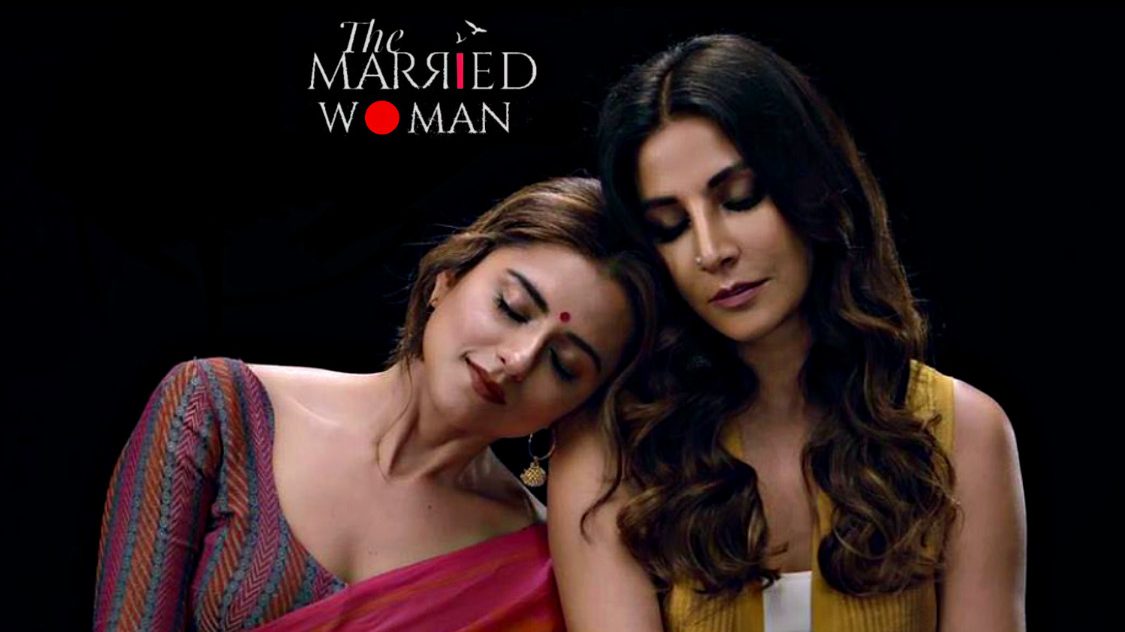 The Married Woman: Alt Balaji’s upcoming project looks like a promising take on love, between two people of the same gender. For the kind of society we live in, genres like these remain undiscovered. But as times are changing, stories of people who dare to fall in love, despite the societal and gender barriers are compiling up. Bold steps of portraying such stories are being taken, that might help in making it a conventional topic, and not something unprecedented.

The trailer of the upcoming web series was dropped on YouTube and people have an appreciation for the kind of story it’s ready to deliver. As the trailer kicks, we’re taken back to 1992, in Delhi. We’re introduced to one of the protagonists, Astha, a young woman who is married off. She explains to us how a marriage looks like usually in India. It all seems like a romantic movie in the initial two years, and after that, a woman spends the next five years in her children’s upbringing. And after that, the couple has likely to live their next 50 years, together, playing their respective roles of husband and wife. They get so engrossed in their own respective work, that all they do is show the world how they’re happily married, and celebrate their marriage anniversary every year.

Astha, who seems like a college professor, reaches her workplace and meets Aijaz, an artist, who feels that even while portraying a prominent story like Romeo and Juliet, the performer or an artist should be able to drive it into the hearts of the audiences. If he fails to do it, then even a love story like them would be of no relevance. And eventually, we’re introduced to the other protagonist, Piplika, a young painter who stands tall, strong enough to shield herself from the world. While one of her portraits is entrapped into a question of its existence, Piplika believes that the woman in it is a part of her imagination. She is very clear when it comes to love and believes that two people who are willing to stay together, should be helped at any cost. Piplika ends up sheltering a couple who seem connected to Astha’s husband Hemant, and it exasperates him. He ends up coming to her house and threatening to file a case of kidnapping against her. But Piplika, being straightforward tells him that the two are consenting adults and are liable to make their own decisions. So they are free to make their own decisions, without the need of anybody’s interference. 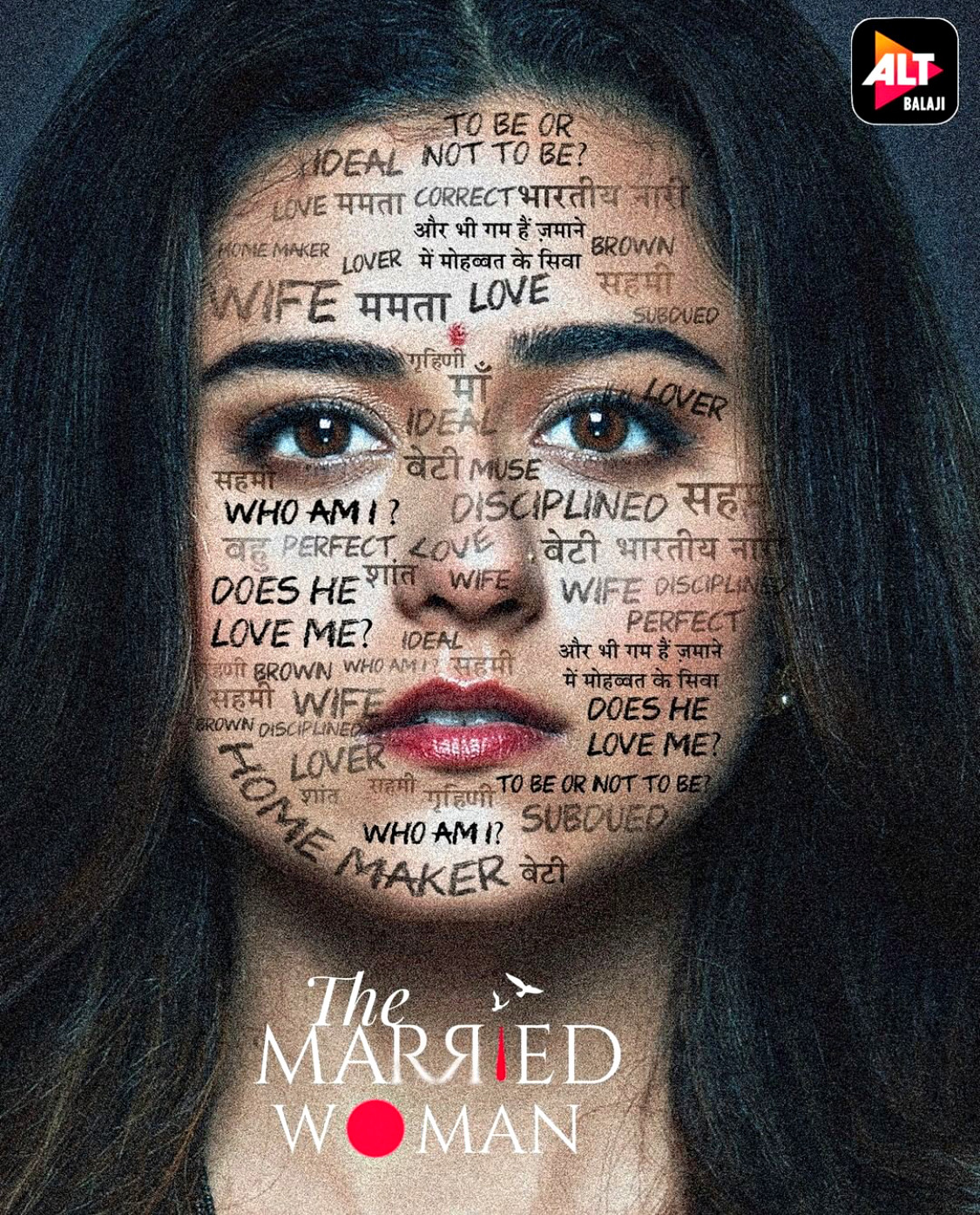 While Piplika’s conduct and thought process infuriates Hemant, Astha has no grudge against her. Hemant keeps diminishing Piplika in front of his family by tagging her as a woman who deteriorates society. But when Astha says that he might be just overreacting, he asks her to be quiet. Soon, we see Astha visiting an exhibition, hosted by Piplika and while seeing the portrait of the faceless woman, she feels that it is her. We then see the two women meeting and eventually growing close. Held back by marriage and children, Astha initially restricts herself from being too attached to Piplika. But she doesn’t know, that the rope of love never lies in the hands of people. Piplika is seen attending Astha’s sister-in-law’s wedding, where the two click. 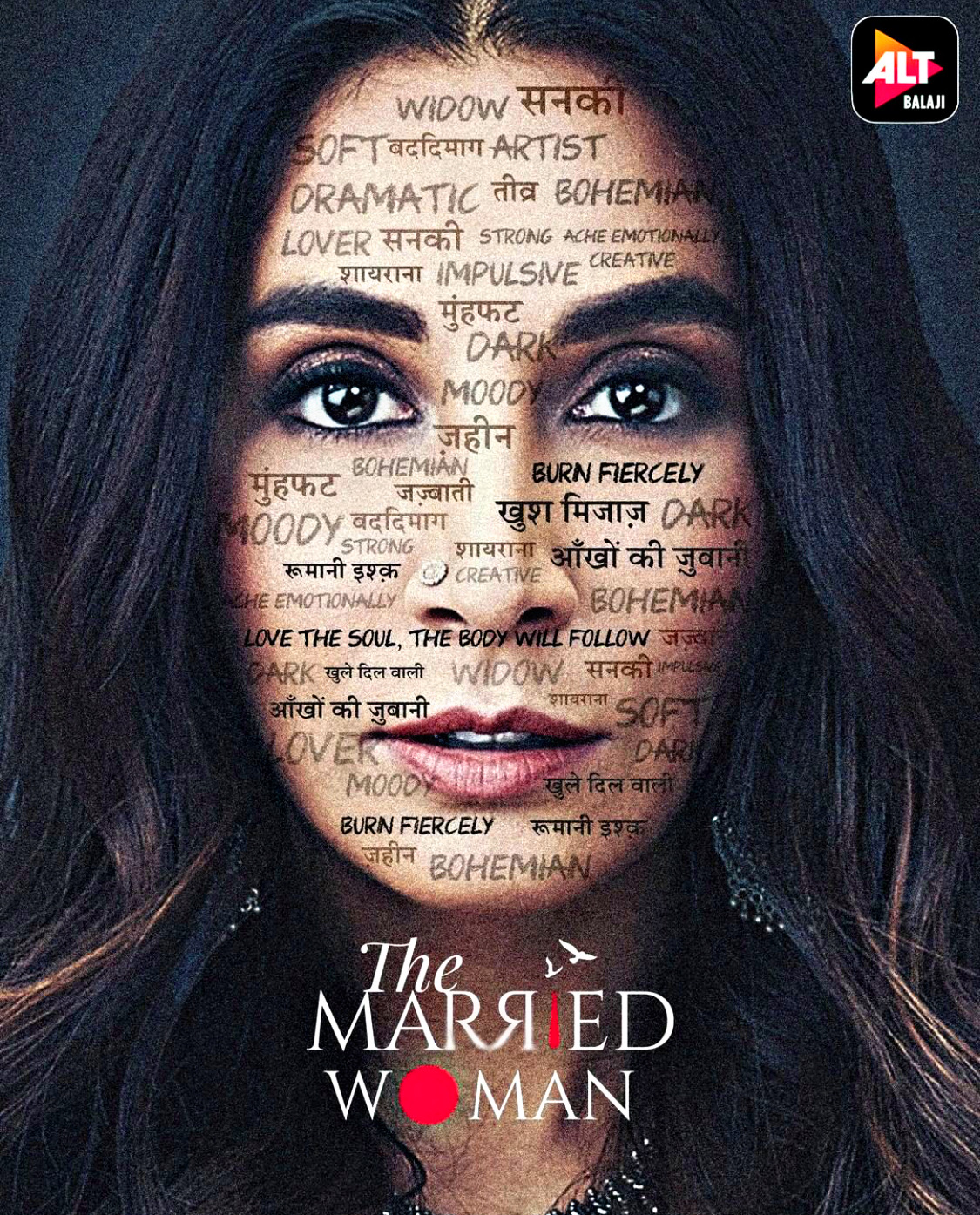 As the trailer progresses we see Astha being upset when Hemant gives her necklace to his sister, without even letting her know. When she inquires about it, he says that it’s just a necklace, and nothing special. Hearing this she breaks down and lets him know that the necklace was her father’s last gift, before his death, and it is precious to her more than anything. But all her tears are wiped off when Piplika somehow manages to get it back. Astha is stunned as to how Piplika is able to understand whatever goes inside her heart. Piplika responds that she is habitual of loving people for who they are as a person and not based on what their gender is. The two are then seen together, spending time, wandering around happily, and sharing whatever comes to their heart.

Astha soon realizes how she feels for Piplika. It has happened for the first time when someone has actually taken the effort to understand her. She confesses her love to Piplika, who feels the same about her. Hemant finds out and warns her that the two women have no further together. We see a narration being given by Aijaz, who says that whether you refer to a lover as Romeo, Ranjha, or Majnu, two lovers meet and dream of living a life full of happiness and love, but the moment society comes to know about it, they shut all doors of their minds to understand their love. Astha is threatened and warned at every step of her life, and this begins to break them both. Piplika feels that everyone enters her life just to leave her. Astha is now in a dilemma whether she should choose to stay in a marriage that is the only way for a woman to lead her life. Or she should choose Piplika, a life where she would be genuinely happy, but something that is against the conservative mindset of the society.

As the trailer reaches its end, we see Aijaz speaking something that genuinely catches our attention. He says a story of love doesn’t end happily ever after, instead it begins for that very point. He says that the tragic love story of Romeo and Juliet is a battle of individuality vs conditioning. The two were fighting against the world and it’s disgusting and sordid outlined and mentality. And in the whole process, they lost their love for the world. The Married Woman’s story is set against the backdrop of 1992, the year when the riots after the Babri Masjid demolition created unrest in the country. In the backdrop of such violence and chaos, love blossomed between two women, Astha and Piplika. The teaser narrates and tells this audience how the Supreme Court Judgment on Section 377 of the Indian Penal Code, healed a wound of 27 years. And the story is a flashback to the time when any intimacy between two adults of the same-gender was criminalized. The video holds a beautiful narration of how love isn’t restricted by barriers of religion, gender, or society.

Speaking about her upcoming project, producer Ekta Kapoor feels that creative spaces are at times forced to stick to normalized boundaries. But with her upcoming project, she has challenged all those norms, because as a creator, she feels responsible for delivering stories, that need to be spoken about. She further says that as we have gained freedom with time, it all comes with a responsibility. So with her creative freedom, she is coming up with a different story, while respecting the creative desires of her team as well.

“Creative spaces are at times compelled to conform to boundaries. As a creator I have challenged those norms, at times pushed the envelope. This is the freedom we crave , we celebrate. However, I am cognisant that freedom comes with responsibility. pic.twitter.com/DCdpPzZExy

Ridhi Dogra, who makes her digital with The Married Woman says it just isn’t a love story about two women of same-gender who end up falling in love. For her, it’s much more than that. As an artist, she didn’t feel any inhibition while portraying her character. She says that from the very beginning she was sure that if anyone should come up with a story of unconventional love, it should be Ekta Kapoor because she’s truly the queen. Ridhi feels blessed to be a part of the project and is glad that she waited enough to portray a powerful story. Similarly, Monica Dogra, who is playing the second lead and making a digital debut too feels that the project has given her an opportunity to showcase her acting skills, by being cast as one of the protagonists.

Starring Ridhi Dogra and Monica Dogra in lead roles, The Married Woman is based on Manju Kapoor’s novel, which was published under the same name. Directed by Sahir Raza, A Married Woman will be premiered on this Women’s Day, on 8 March 2021. So don’t forget to tune in to this brave story, that takes you back to the times when love was actually a criminal offense.