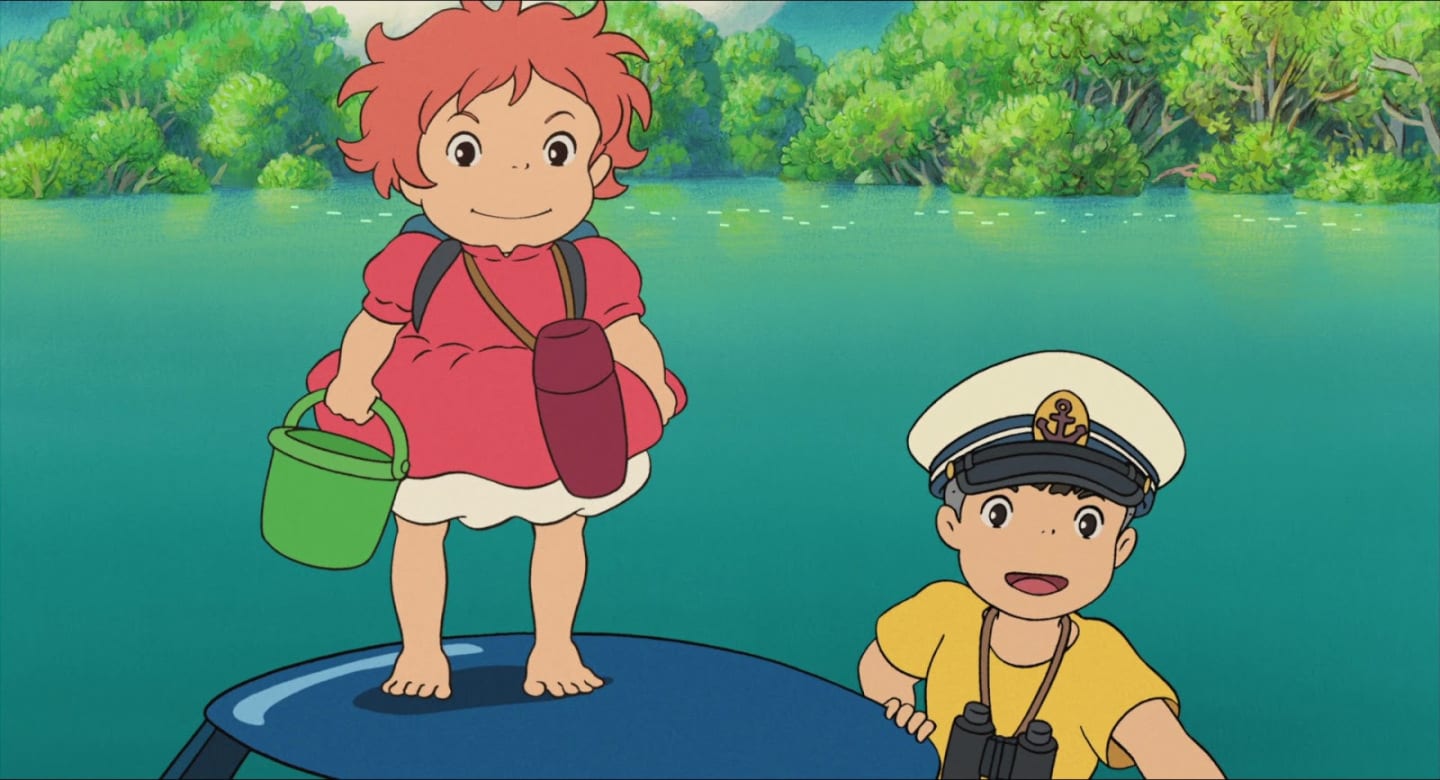 Whether you are a fan of animated films or not, it is no secret that Studio Ghibli films belong in the top tier of entertainment. From the animation to the storyline to how the film company market it to their fans – everything is taken care of in an extraordinary way. These films have gone on to inspire people and change their lives time and again. When you look at them as art pieces, you can still see why people seem to love these movies so much. They are unique, and you can easily identify a Ghibli film from a mile’s distance.

These movies have been a part of many childhoods. If you are a kid that grew up watching Studio Ghibli films, you know what we’re talking about. Nonetheless, there are several films that the house has put out over the years that one might want to check out. This long list contains some true gems that shine as just works of entertainment, let alone Ghibli films. We are, as you might already have guessed, here to introduce you to these. Below is a list of 8 Ghibli films that you might want to watch (or re-watch) this year. Read on if this is something that interests you! 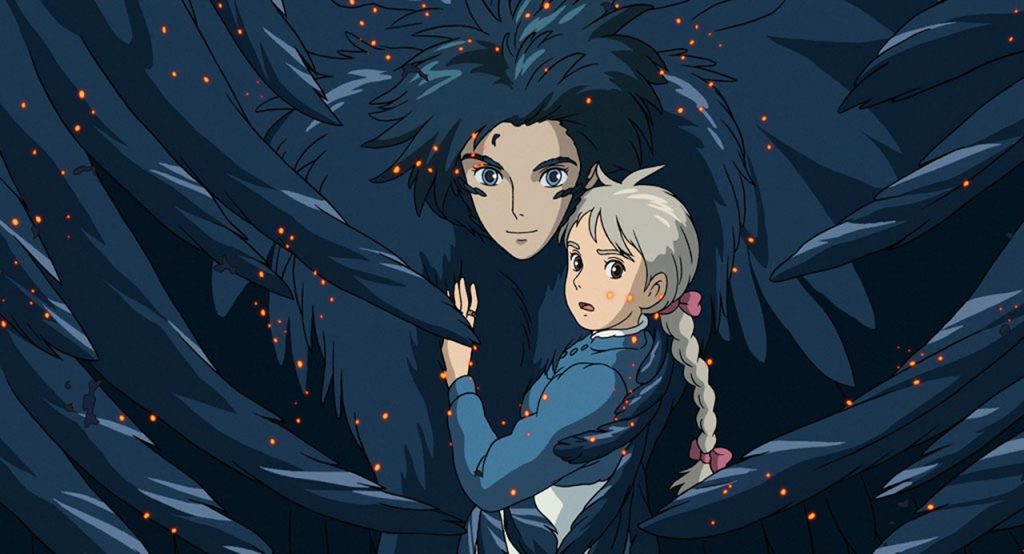 Who doesn’t love Howl? We don’t hear a single cricket! If you’ve already watched the film, we are here to urge you to watch it again. If you haven’t had the chance to watch it yet, do it at the first possible chance! This is one film that will always be a classic in the Ghibli cinematic universe. The film came out in 2004, and fans immediately knew it would be one of the best films to come off the platform.

The film follows Sophie’s story, who leads a boring life in her family’s hat shop. One day, she becomes friends with an infamous wizard called Howl, who lives in a moving castle. Her life turns upside down when the evil Witch of Waste hears of this and casts a spell on Sophie, which ages her beyond her time. Only one person can reverse the spell, and we all know who that is. Sophie seeks Howl out and works in his house as a home keeper – the rest of the film follows all the exciting events. 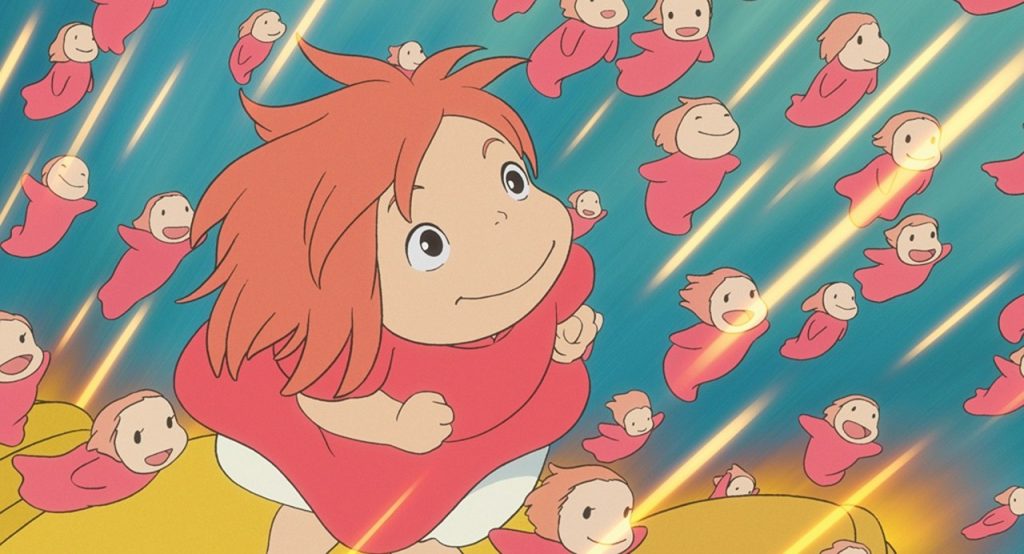 This film is both popular and underrated at the same time. It would help if you had the fortune of witnessing the magic that is Ponyo at least once in your lifetime. This 2008 fantasy film is worth everything and more. Trust us on this, and we assure you that you will not be disappointed.

The film follows the title character, who is a little different from what we are accustomed to. For starters, she is a goldfish princess. During a trip to land, she meets a young boy named Sosuke who befriends her and gives her the name Ponyo. After this, Ponyo desires more than anything to become human. As the bond between her and Sosuke grows, she starts becoming more human too. Ponyo’s dreams are crushed when her father brings her back to the ocean. Not wanting to give up, Ponyo breaks free and, in the process – spills magical elixirs. The catch? This might put Sosuke’s life in grave danger. 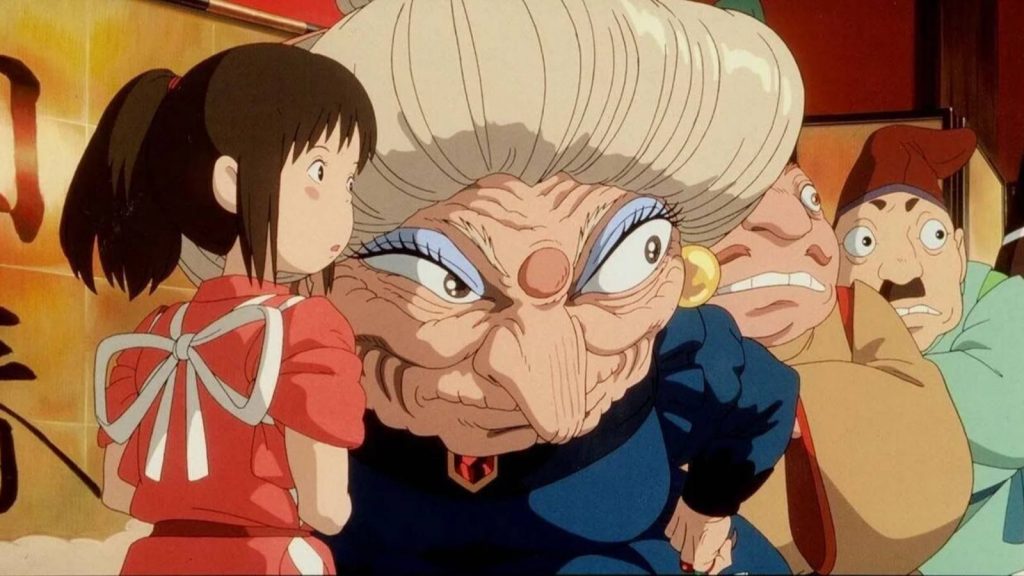 You already knew this was coming, and we are more than happy to deliver. Spirited Away is one of the best entertainment works in the history of humankind – no questions asked. The film is meaningful, fun, and has that classic Studio Ghibli element that most fans love to talk about. This is also one of the most popular films in the cinematic universe.

The film came out in 2001, and it follows the story of a young girl called Chihiro. Chihiro and her parents move to a new town and accidentally find themselves in a deserted amusement park. One thing leads to another, and her parents are suddenly turned into giant pigs. While trying to escape and save her parents, she meets Haku, who tells her that the place is one where supernatural beings reside. To free herself and her parents from the spell, she should work there until she figures a way out. This film is exciting and entertaining and is a great watch for any day and mood.

4. The Tale of Princess Kaguya 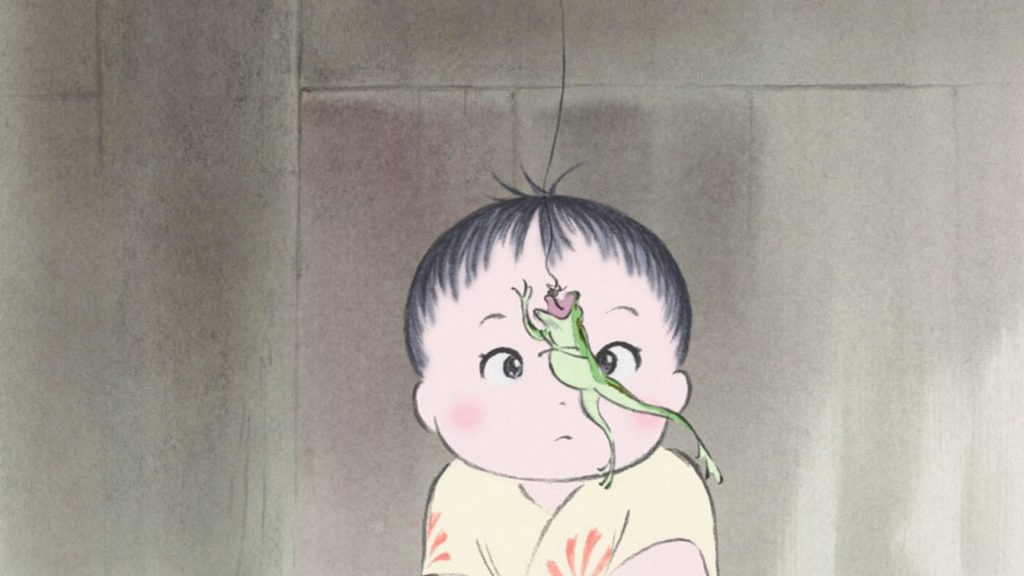 The Tale of Princess Kaguya

This film is magical in every sense of the word. The Tale of Princess Kaguya is a movie that will put you in a great mood days after you’re through with it. This is a fantasy film that came out in the year 2013. This movie will let you know why people seem to love Studio Ghibli so darn much because this is the epitome of Ghibli perfection.

The plot a little nymph who lives inside a bamboo stalk. She soon grows into a young and beautiful woman who is desired by everyone. To take her hand in marriage, she orders all of her potential suitors to complete a set of tasks. These tasks are great in number and are almost impossible to complete. What are her plans? You will have to watch the film to figure it out! This is one film that we can vouch for, and we always will. 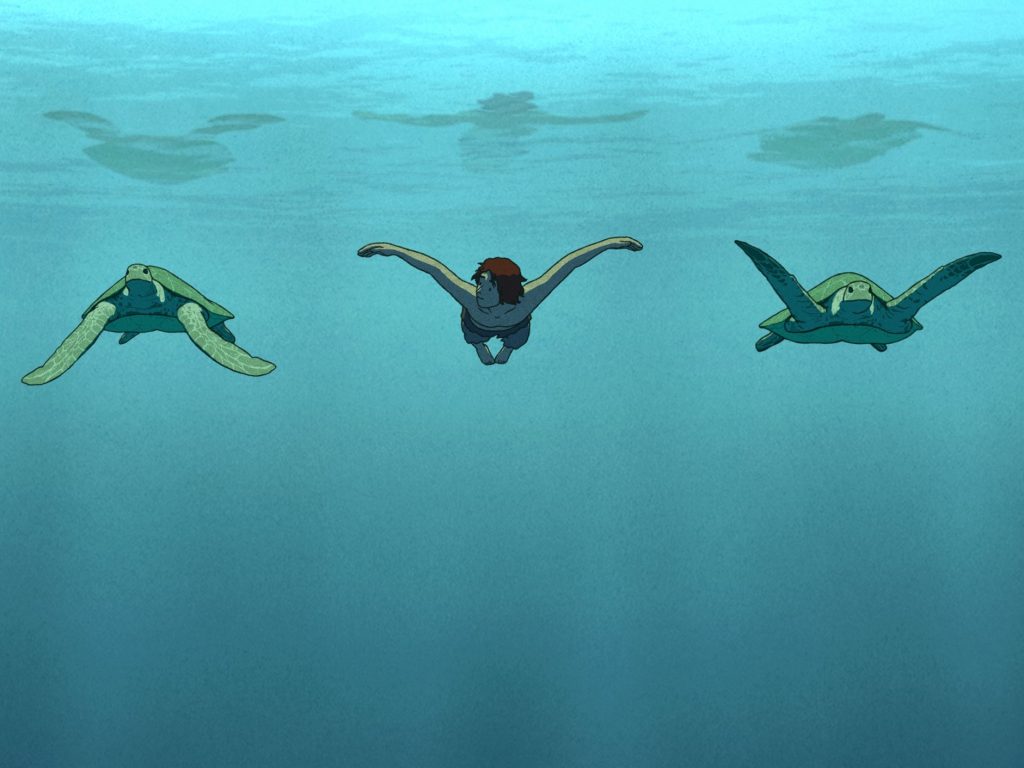 This film is cute, heartfelt, and can be enjoyed by anyone – let alone Ghibli fans. The Red Turtle is a comparatively new film that premiered in the year 2016. It is another fantasy film centered around a doubtful main character. Well, unlikely for us but not for Studio Ghibli, in all honesty.

Produced by Ghibli, this is a film that will leave the audience wonderstruck. The plot revolves around the rift between a man and a giant red sea turtle. What is the conflict, you ask? The turtle destroys the man’s raft every time he makes for the mainland – away from the deserted island he has been stranded in for quite some time. The rest of the film follows his attempts to make it through, and both he and you will learn a few odd things along the way. This movie is a great addition to your list of Ghibli films to watch. 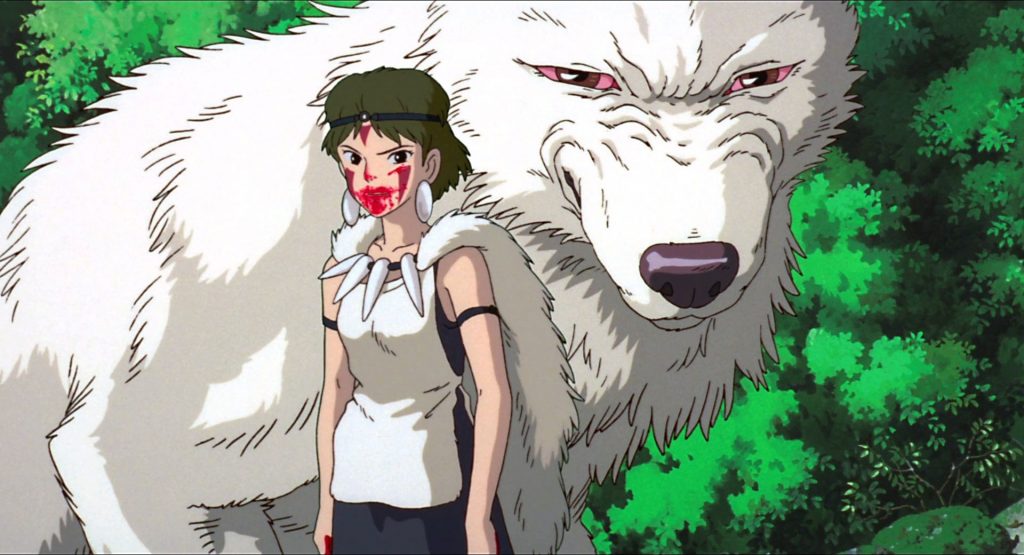 This movie premiered in 1997, and people have been obsessed with it ever since. It has a set of intense themes associated with it, and these translate really well onto the big screen. But it is a Studio Ghibli film, and we really did not expect anything less than that.

The plot was set against a backdrop of trouble in the 14th century. The happy, loving, and harmonious relationship that the animals, humans, and gods have enjoyed together is slowly beginning to crack. The animals attack and infect humans, causing serious complications. During such an attack, a young boy named Ashitaka is infected. To cure himself, he has to seek the help of a deer-like god called Shishigami. He begins to journey towards this destination to find the god. But during his travels, he sees just how humans have begun to destroy the earth. This enrages the wolf god Moro and companion Princess Mononoke. They vow to destroy the humans that have ravaged their home. It is now Ashitaka’s job to restore peace in this situation, but succeeding seems like a really far off dream. 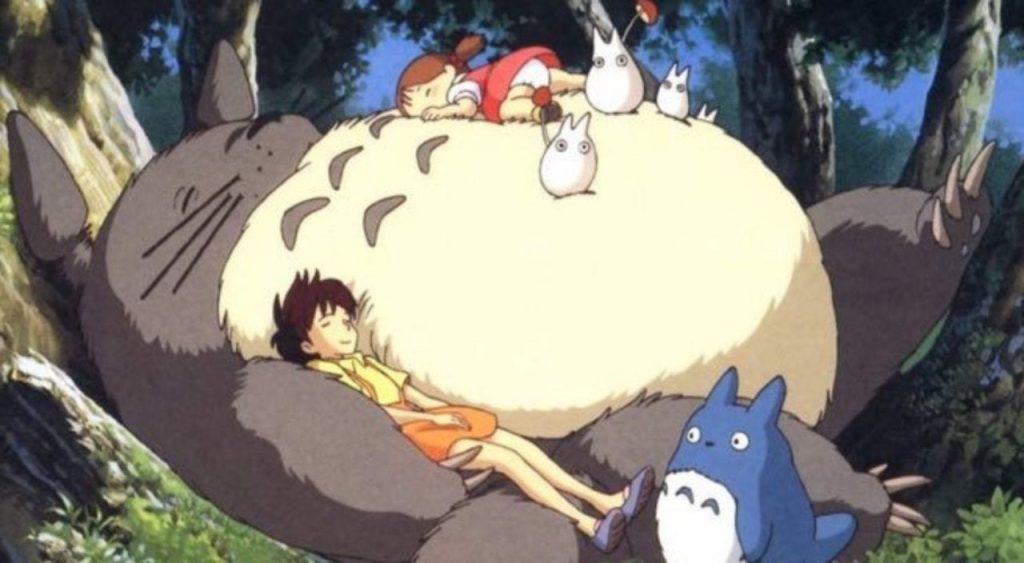 Speaking of popular Studio Ghibli films, we present to you My Neighbor Totoro. This film is everyone’s favorite, and if you give it a chance, it might prove to be yours too! Watching the film, you would never guess that it was made in the year 1988. Even decades after its release, it still has a special place in many a person’s hearts.

The movie follows the lead characters Mei and Satsuki. They move to a new house closer to her mother, who is sick and in the hospital. In the beginning, they feel alone, but they soon become friends with a rabbit-like creature who goes by the name Totoro. The movie follows their adventures as the days go by. Once you catch the film, you will begin to understand why it has remained a timeless classic. This is one piece of entertainment that you will genuinely regret were you to miss it. We hope you enjoy the film as much as we did!

Read More: Neo-Noir Films: 6 Movies that you Should Watch in 2021