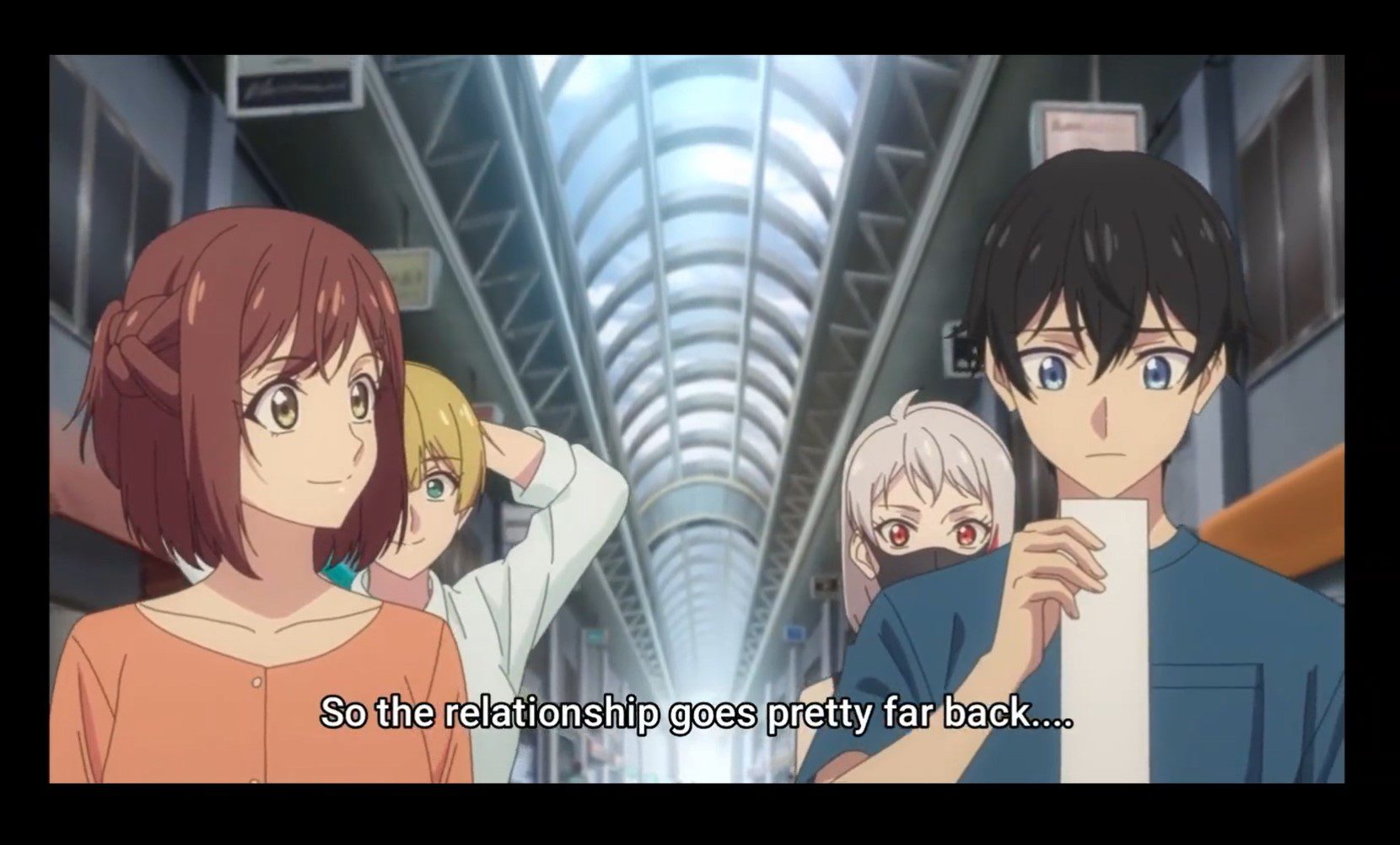 Ittoki the Ninja Episode 7 is set to release next week. The anime television series Shinobi no Ittoki was created by DMM Pictures and animated by Troyca. It premiered in October 2022. In modern-day Japan, after an attempt is made to kill him, Ittoki Sakuraba discovers he is the rightful heir to the Iga Ninja clan.

While attending the school, Ittoki becomes involved with some beautiful yet deadly young ninja girls, but the danger is always present, especially when a suspect is suspected of being a traitor. We see in episode 6 that to become the next head of the Fuma Ninja Clan, Kirei undergoes harsh training from her father and is taught never to trust anyone.

Ryoko and Kirei are allowed to spend the summer in their village by the Iga, especially since the Saiga clan is forced to work for the Koga after their factory is destroyed. Kirei uses the situation as an opportunity to scout out the village’s defenses and relay information to Suzaku. Shione reports her findings to her superiors, but they refuse to investigate the Koga.

After experiencing the awful truth for herself, Shino reports it to Hayato Goshogawara at the NSC headquarters. According to what she tells her boss, the Koga ninjas are exploiting Kishinmaru’s body to construct something sinister, which must be explored. She claims that the Koga clan should be under their radar rather than the Igas, who is currently under inspection and that it is the Igas who should be under scrutiny today. 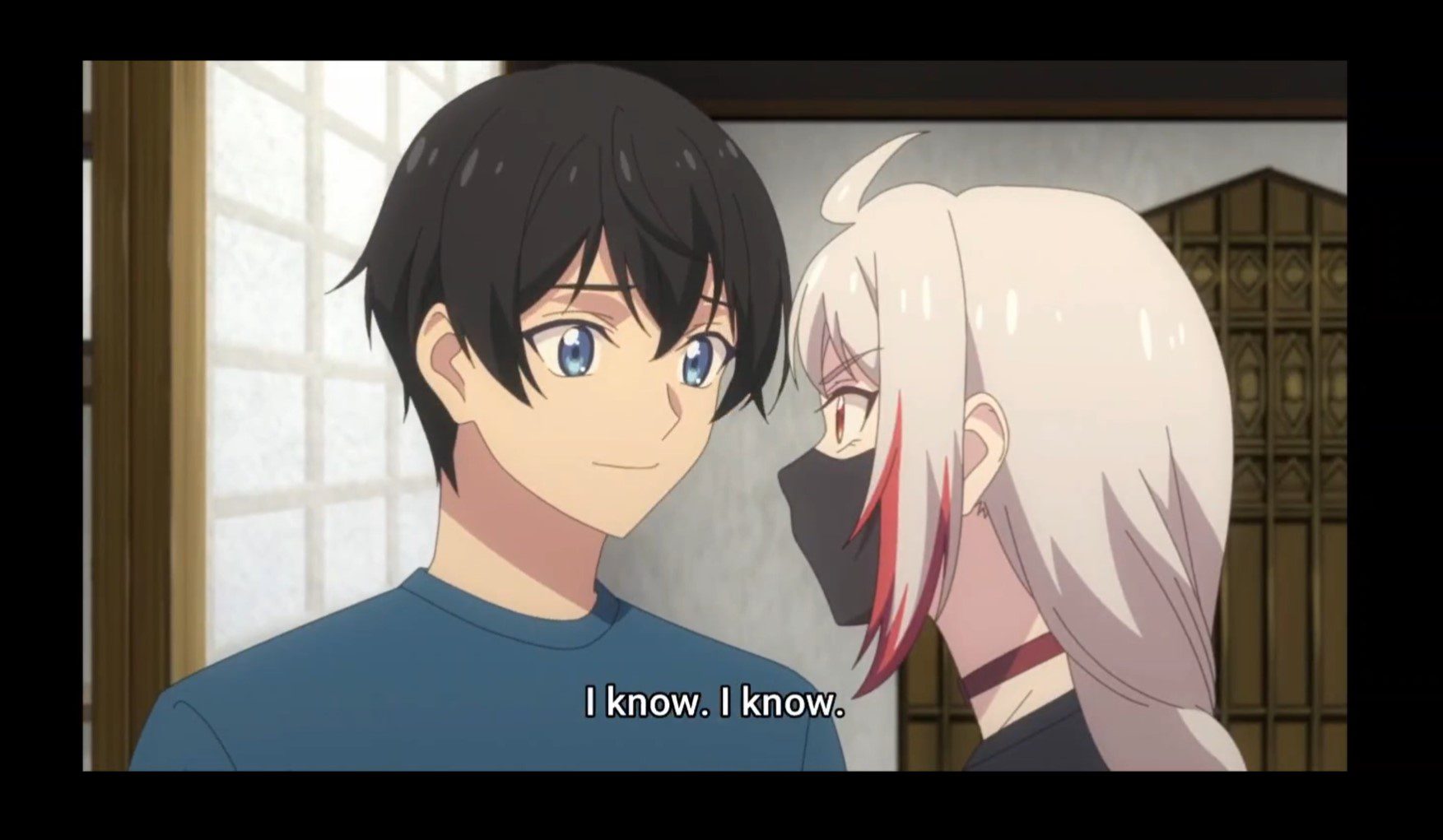 Hayato, on the other hand, does not take her reports as seriously as she would want, and he requests that she not share them with his coworkers. Meanwhile, Kirei and Ryouko introduce themselves to Yumika, who plans to spend the summer in Iga village.

They spend their time together shopping and fishing. Yumika then tells his son about her own decisions, which resulted in the deaths of those she was supposed to protect. She tells his kid about his father’s death while on a mission with Tokisada, which he continues to blame on himself.

Yumika opened herself up to her kid in this way while also discussing some of the hardships he would experience as a ninja. Ittoki discovered his mother’s bravery while they were celebrating together, while everyone else was engaged with their daily chores, and Kirei was discreetly spying on the Igas at Suzaku’s command. 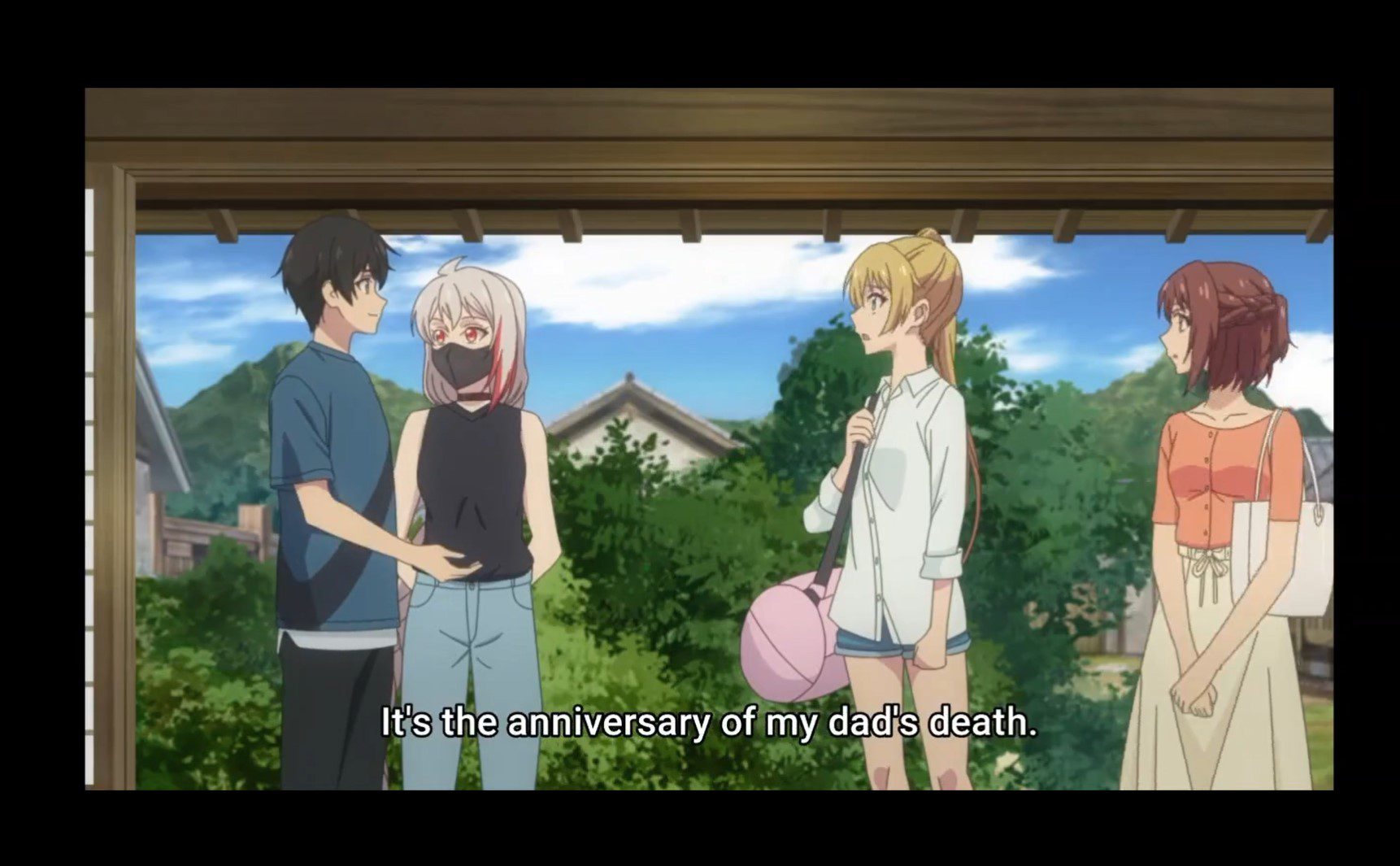 When the Sakuraba Hidetoki died, Iga village was on the verge of disintegrating due to internal political unrest. Yumika stepped in and spared the Iga hamlet from a violent demise, according to the people, at a moment when the village needed to unite. When Hidetoki Sakuraba was assassinated, Kaga Tokisada lost his cool and refused to talk about peace and collaboration.

He told the gathered ninjas that he had seen the killers and would not spare their lives. Kouzo-san claimed his death was an accident, but Tokisada refused to believe the lie and refused to close his eyes. Other ninjas said that lowering their heads and doing nothing would send the wrong message, whereas Kouzo-san was seeking to sweep things under the rug to avoid a dispute escalation that may lead to war. 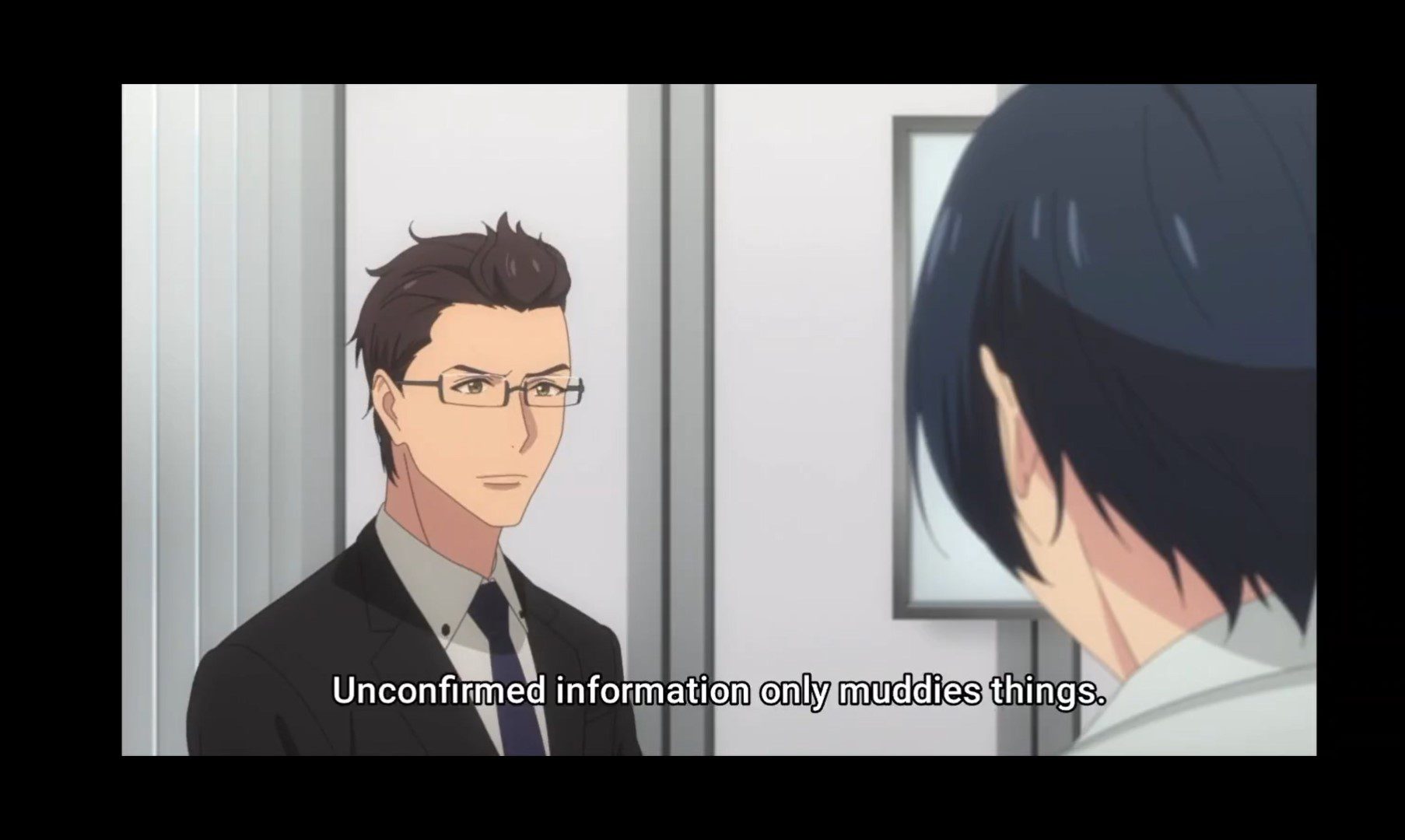 Although they begged Kouzo-san to show the world the might of the village, he insisted that keeping things quiet from their side would be a far better diplomatic approach to preventing long-term problems. Tokisada, on the other hand, was adamant about vengeance and was still upset.

When Kouzo-san recognized that discussions were no longer a possibility, he ordered his men to encircle him. Meanwhile, Tokisada sharpened his knife in preparation for war. Yumika slapped Tokisada and snatched his knife with her bare hands since Igas was in a crisis state because the new village leader had not been chosen.

As she smacked Tokisada, the ninjas in the room were reminded of the ideals her husband upheld. Those who turned their blades on each other hours after Hidekoti died deserved to be protected by those working for the village’s peace. 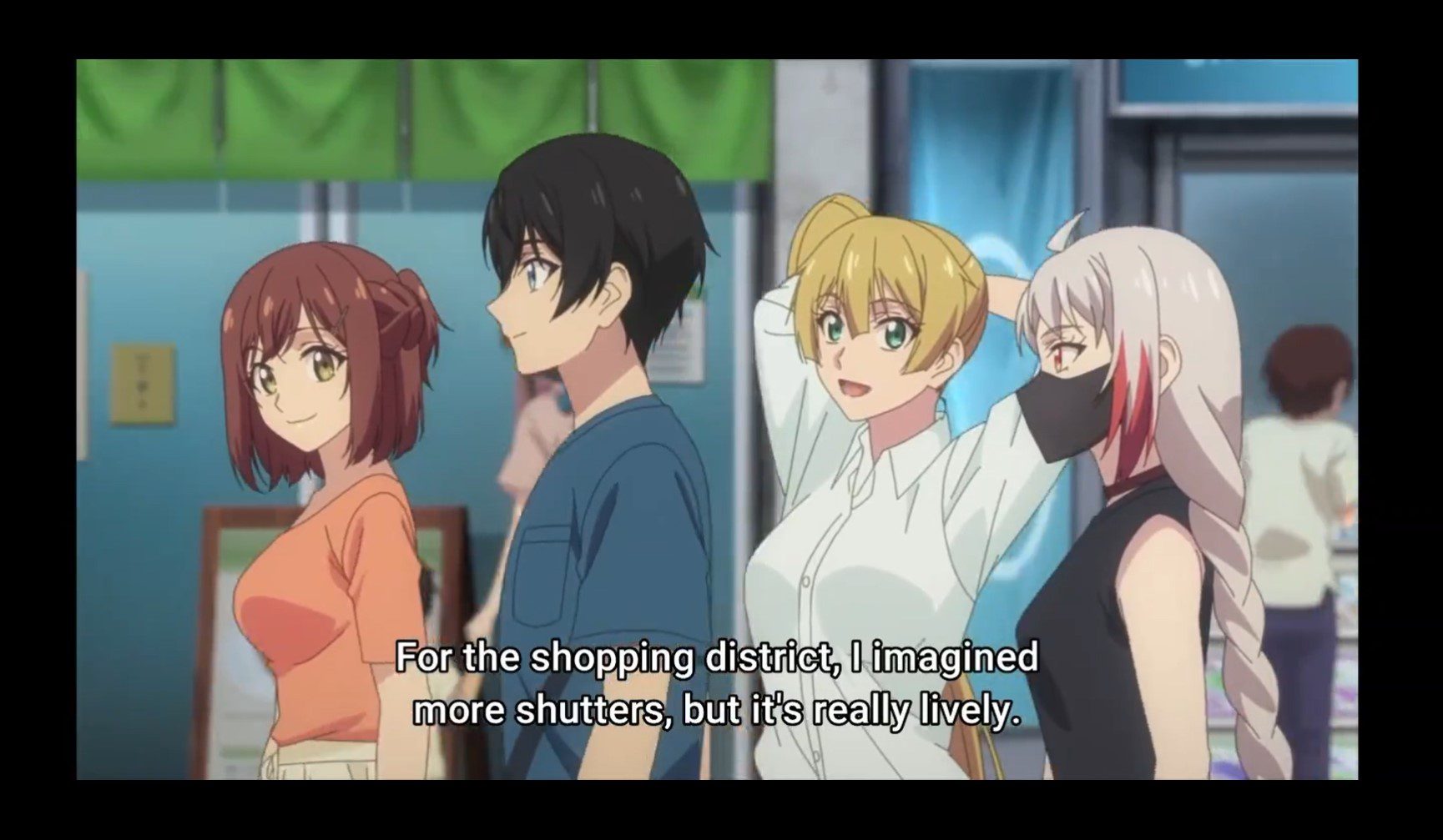 Yumika inspired the people to carry on Hidekoti’s legacy and never forget the principles he upheld. She rapidly acquired public trust after being chosen as the new head of the village and the successor to her husband when she spoke fearlessly that day, averting not only the splitting up but also the division of the Igas.

Where To Watch Ittoki The Ninja Episode 7?

Fans can watch Ittoki the Ninja episode 7 on Crunchyroll and Biblibili when it was released. Also, you can watch the previous episodes of Ittoki, the Ninja anime series, on the same platforms.