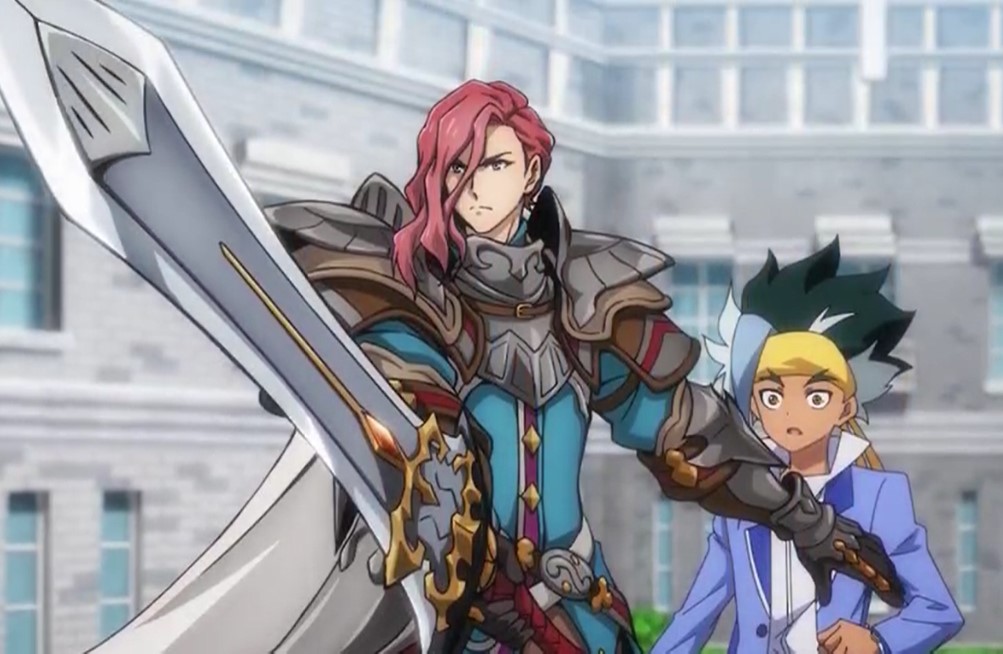 Earlier in Shadowverse anime, Kazuki is arrested for entering the royal castle without permission. They locked him inside the cell, and he tries to remember what has happened to him. He realizes that he was working at the restaurant as a part-time waiter. A mysterious girl came and touched Kazuki’s hand, and he got teleported to the royal castle. While he is inside his cell, a girl came and asked him what did he do. She also told him that he does not look like a criminal.

Kazuki comments that he didn’t do anything, and there he just saw a light that sends him here. The girls show him the bracelet’s seal, asking him to free and she will help them to escape. Kazuki asks her what he has to do to help her, and she tossed the keys to his cells. The girl told him that it is the key to his cell, and he uses them to unlock his cell. She told him what he has to get inside the castle to break her seal.

Shadowverse Episode 42 will be released on Tuesday, 9 February 2021, at 5:55.  You can watch this Anime officially on Crunchyroll at the same time from above. Shadowverse is also available on its official page at anime.shadowverse.jp.

Let us take a look at how that battle will end and how Kazuki got arrested below. 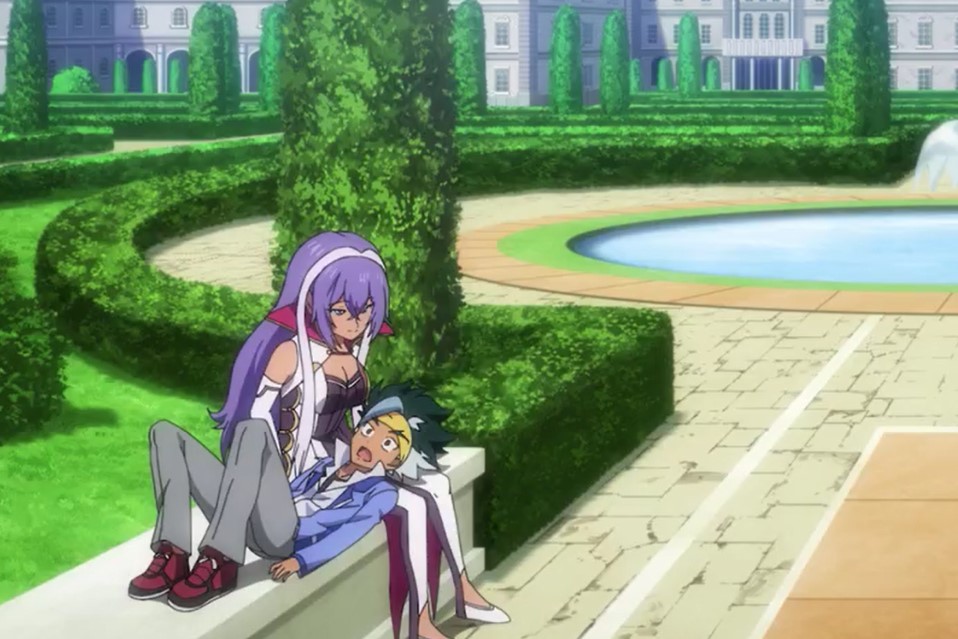 Kazuki passes different traps like he was in a maze game. Kazuki manages to get the key that broke the seal of the bracelets. Due to exhaustion, he collapses, and she uses teleportation magic to get outside the prison. When there are outside, Kazuki wakes up, and he finds himself on her lap while looking at her chest. He jumped off her and said it is not allowed since he is an outsider. The girl told him that she is Isabell.

Suddenly they got surrounded by the knights and another girl who told them to return to the cells. Isabell teleports Kazuki to safety as she battles the knights along with the girl that possesses magical powers. The girl who was fighting with Isabell manages to find Kazuki. She tried to slay him, but the armored knight from his watch blocked the sword before cutting Kazuki. Thi girl told him that he wouldn’t defeat her, and she challenges him to a shadowverse battle.

Kazuki is glad that she didn’t challenge him to sword combat, and he said shadowverse is his territory. The girl started the battle with her upper hand tearing apart Kazuki, who decided to play Navy Lieutenant. But she drops Kazuki from 20 to 16 points with a single slash. Kazuki attacks her leader with assault knight and Quick-blade, and he drops her from 20 to 15 points. The girl comments that Kazuki knows what he is doing, but he is no match for her.

The girl fires back with Quik-blader with Fencer that destroys Assault Knight. She then plays an amulet card, Killer instincts. The gird comments that when she plays amulet card, all of her followers gain Ambush. She ended her turn and told Kazuki that she has no time to waste. Kazuki unleashes Mirage Defender, and she told him that he is too slow. She destroyed Mirage Defender in a single blast. 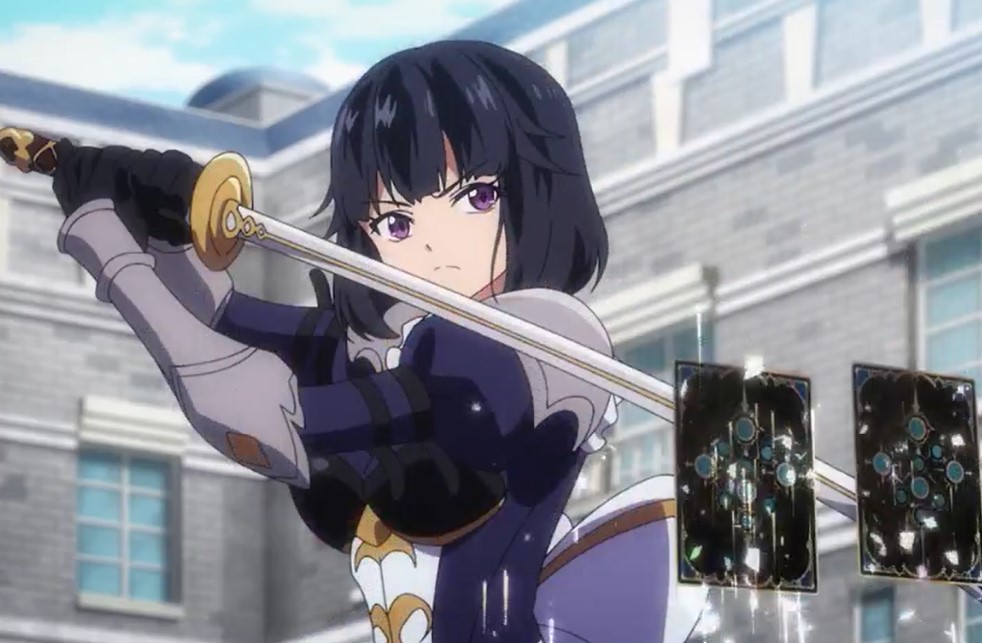 Kazuki attacks with Navy Lieutenant that drops her again from 15 to 11 points. The girl got angry and destroyed all the attackers of Kazuki. The two keep on exchanging blows and destroying each other. The girl comments that her victory is assured since she has dropped Kazuki to 10 points. Kazuki comments that he might be an idiot and not strong as Hiro, but his feelings are as strong as anybody.

The girls told Kazuki to keep on struggling, and she unleashes a legendary follower that destroy 3 out of 4 of Kazuki’s attackers. Kazuki is left with 8 points, and she told him that it is over and she plays Swift Infiltrator. He comments that he is used to a situation like this. Kazuki unleashed Vitorious Blader and said they must show them their powers. The girl comments that she won’t hold back she wants to see how far Kazuki can go.

After a long fierce battle, Kazui unleashed Falcon Lancer and told the girl that her ambush attacks wouldn’t work. He landed a final blow that destroyed everything in an instant. After blowing her away, he went near her and offered a hand to get her up. He then finds out that he was battling Erika. Erika told Kazuki the truth bout her as she vanishes. She left him with a message that his purity is what this world needs, and he must never change.

Let’s meet again on Tuesday after episode 42 is released. You can enjoy other updates of the battle here: Shadowverse Episode 41.