Candy Color Paradox Episode 7’s release date is out. If you have been following this cutesy Japanese BL drama, you must be waiting for another episode, as the last episode left all of us at a point where we wanted more. This post is for all the followers of this show who want to learn about Candy Color Paradox Episode 7’s release date and streaming guide.

A quick recap of the latest episode is a must before jumping on to the details of Candy Color Paradox Episode 7. We know that Inoe and Kaburagi work for Dash magazine, which tries to dig scoops on celebrities and stars and bust rumors surrounding them.

We see that Inoe’s boss asks him to find out about Inami and his secret girlfriend as his project is coming up, and people are googling things about him. The boss wants his mag to be the first to reveal who Inami is dating.

Inoue is keeping track of Inami as it is his task to complete it asap. We see that he follows him while Inami goes for a jog in the morning, and he hides behind a pole so that Inami does not catch him following the former.

Also read: That 90s Show Ending Explained: Will Leia And Nate Get Together?

Unfortunately, Inami does catch Inoe and asks him whether he is from a newspaper or magazine, and he apologizes to Inami for following him like this. Inami says he is single, and there is nothing between Haruto and him. In accepts this as the ultimate truth and reports it to the boss.

The boss then pressurizes him to find some dirt on Inami as there are only a few days left before the project’s release, and they have to reveal the secret before that. Inoue says that he will try his best. We then get to see Kaburagi and Inoe together.

Kabuargi says I’m tired, and has brought a juice can for you. Inoue is shocked that Kabauragi says you like strawberries, don’t you? Then we see a flashback where Inoe runs towards Kaburagi while he stands on the rooftop of their workplace.

He tries to say something but then fumbles and says I like……. strawberry juice”. To which Kabu replies oh, okay! Yes!! In shouts, you should try this as well.  We then see Inoe drinking the juice, and he has spilled some on his shirt suddenly; Kaburagi tries to wipe some drops from his face, which gives Inoe butterflies in the stomach. 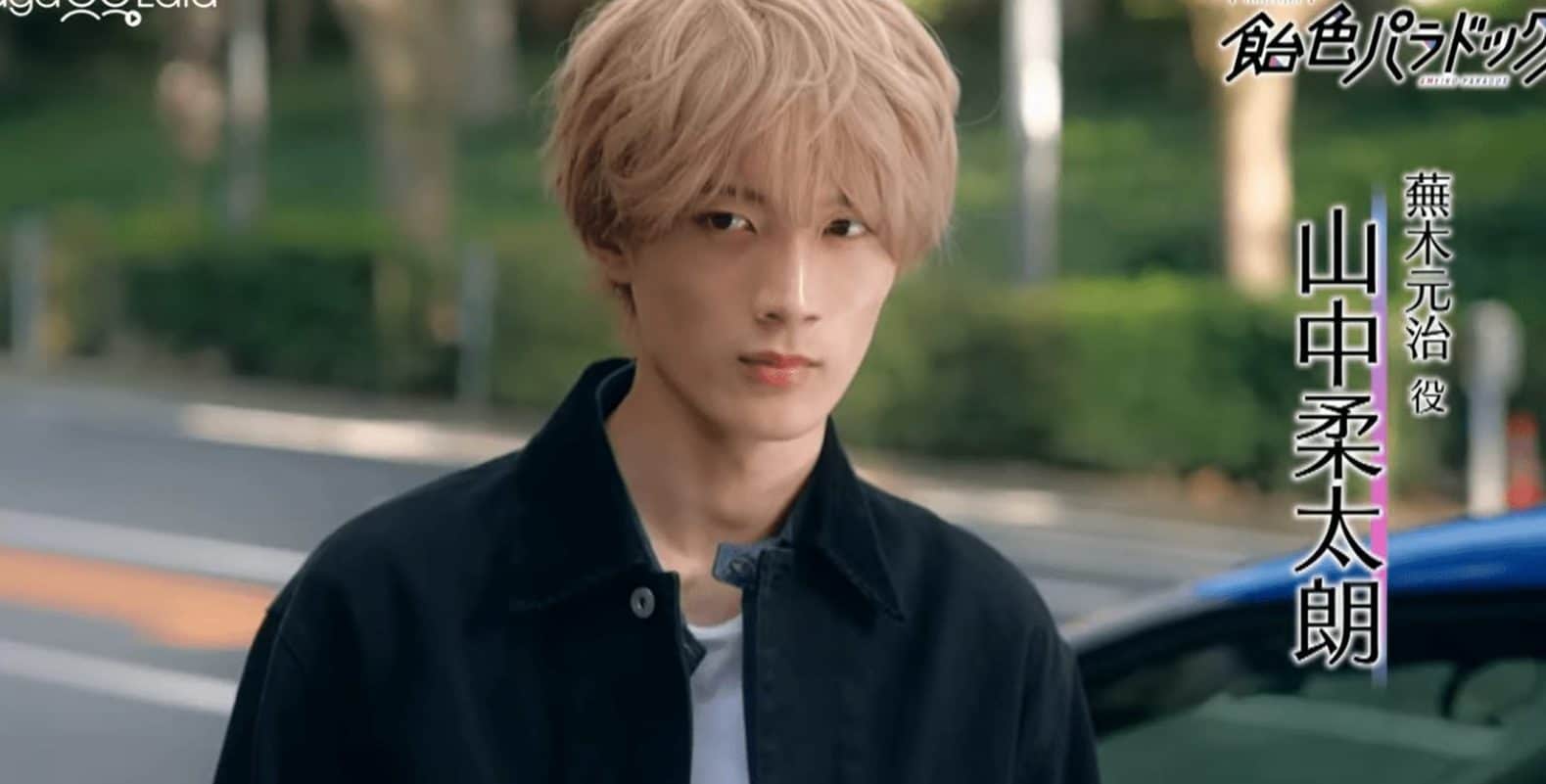 Cut to the next scene; we see Inoe is back at his task and is following Inami while he jogs as a part of his daily routine. He catches Inoe again and asks whether he thinks Inami is lying about being single. Inoue says my boss wants proof he will not settle for any less.

Then we see Inami revealing that he is gay, and he likes a man who is not from the industry but is married, and he doesn’t want to ruin his relations with his wife or others. Inoe thinks that he is telling the truth and apologizes to Imai again.

We then see Inoe calling kaburagi and reporting everything that has transpired to him. Kabu tells Inoe that there has been a leak of information from the industry, which says that Inami has been producing adult movies in which he takes advantage of young people who want to enter the industry in return for acting in adult films.

Inoue is taken aback and is not accepting the information he just got thru Kabu. He says no! Inami seems like a nice man, and he takes it to scare off everybody, to which Kabu replies why do you want him to be innocent so badly? Do you like him?

Inoue says yes, I like him. He is so nice; he sacrificed his love and respect for his crush’s decision. Inoue cuts the call after saying I will prove it to you, you stupid! Kabu meets Inoe again and asks him to set up a meeting between him and Inami.

Kabu says if you think he is innocent, I must check it out myself. We then see Inoe and Inami sitting at the restaurant Inami’s pal runs. Inoue says the owner and him have known each other since childhood.  Then Inoe orders his favorite dish for Inami, and they start eating and gossiping about their childhood, first loves, and friendships.

We then cut to the other scene where Kabu is looking for some clues, which he asks some person from the adult film production team. We are still determining what h found out, but we see him reaching the restaurant where Inoe is.

Then we see that Kabu leaves the place without entering the restaurant as he gets jealous of Inoe and Inami getting closer to each other and talking casually. The friend of Inoe informs about Kabu leaving after looking inside the place. In runs after him and hugs him.

Kabu says I’m glad you found somebody that shares your interest. I was mistaken as I thought you liked me. Inoue stops him and confesses his feelings for him, and they hug.

Candy Color Paradox Episode 7 will stream via Rakuten Viki and Gagaoolala at the above time. The cost each month could range from $4.99 to USD 5.99. You can watch episode 7 of Candy Color Paradox after acquiring the VIP subscription. Enjoy your stream!