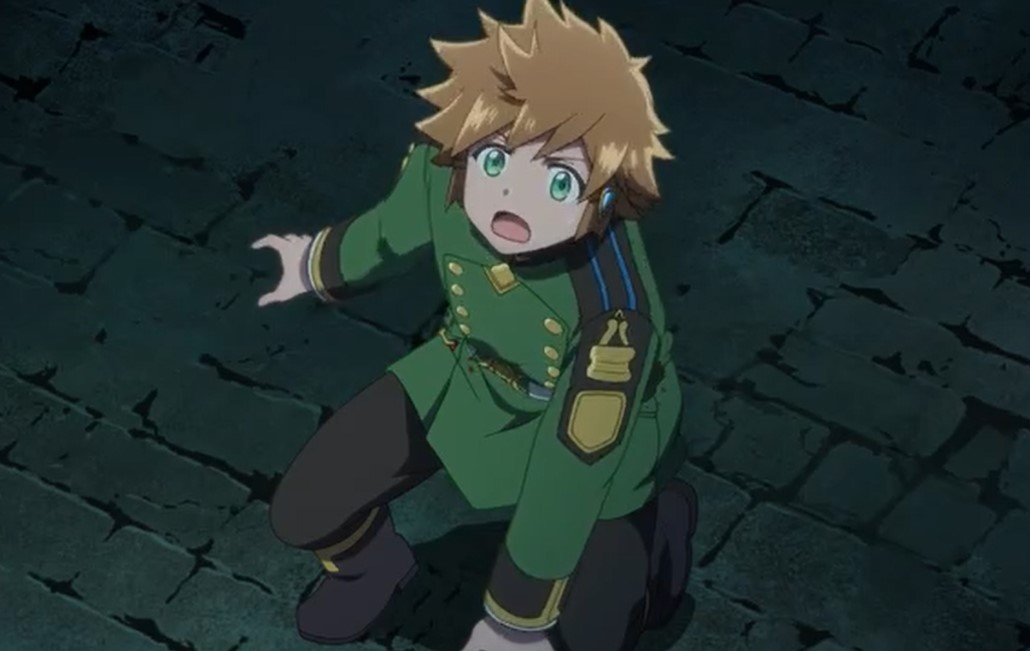 Let’s take a look at the adventure of Lloyd on Kid From Dungeon Moved Starter Town. Shoma went to the church with Micona, and he told the priest that he brought her. Shoma told the priest that someone stole Micona’s love away. The priest asks Micona what does she want to do about it. Micona replies that she wants to kill that man and be together with the one she loves. The priest told Shoma to give Micona the item.

Shoma hand over the item to Micon, who asks what is this. Shoma replies that it is an intense medicine that will give her power. The first one is the treatment medicine, and the other is Abaddon. Micona didn’t want to listen, and she consumes all two intense medicine. Shoma says that she will die, and she started to transform into a monster.

Suppose a Kid from the Last Dungeon Boonies moved to a starter town? Episode 10 Release Date

Suppose a Kid from the Last Dungeon Boonies Moved to a Starter Town? Episode 10 will release on Monday, 8 March 2021, at 10:00 PM JST on Funimation and AnimeLab.Take a look at the recap and other updates down here.

Previously on KiSuppose a Kid from the Last Dungeon Boonies moved to a starter town? Episode 9

Wings from Micona’s back emerged, and she said she could feel overwhelming power. The priest comments that he envies those who can change. Shoma said the change is possible for the world and Micona. Micona stretches her wings and said she is going to kill him. In the morning, Lloyd prepares breakfast for Marie, and she wanted him to feed her. But Selen arrives and wraps Marie’s mouth with her cursed belts.

She warns Marie to stay away from Lloyd since she cannot even give him a chance to breathe. Lloyd reveals that today they’re going to the castle; he has received a mission coming from the king. Their mission is to hunt a huge snake, but he has also been told that in a nearby dungeon, a monster has appeared. Marie is angry that her father is putting Lloyd in danger. Llyod comments that he is not great at exploring dungeons. 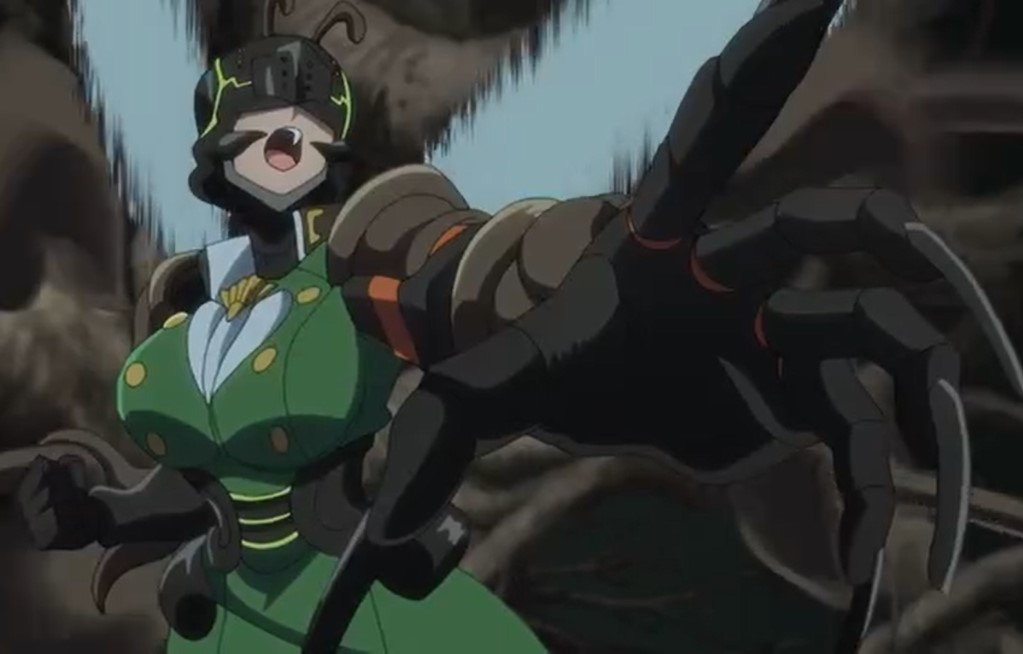 He also said it would be good training for him to become a real soldier. They both head to the castle. Selen thinks that it will be a chance for her and Lloyd to have a dungeon date. Quonine told Selen to stop daydreaming, and Selen replies that Lloyd is her husband. The king arrived wearing glasses and started to rap in front of Lloyd and others. Chrome asks the king what he is doing. the king replies that he read in a book that if everyone is nervous, it is good to start with a joke.

Choline addresses the student and reveals that, according to the witness, the snake is at the lowest level. She told Lloyd and others that she would provide security in the dungeon area with the army. Choline told them that something could happen inside the dungeon they must be careful. Meanwhile, Shoma and the priest talk about the man they were looking for. The priest reveals that he saw him near the dungeon.

Shoma asks if it is the same man that he has been looking for for over ten years. The priest said that he had been hunted. He will find him and finish him before anyone gets him. Alka arrives and finds that it is too late, and she comments that she will find what Sou is plotting. Lloyd and others camp near the dungeon. Later, Alka approaches Marie and asks her to show her the dungeon that’s nearby.

Lloyd and others enter the dungeon in the evening, and Quonine said he has something to say. She asks Riho and Selen if they’re in love with Lloyd. Selen looks a Riho and asks her to tell the truth. She also told Riho that there is no excuse, and she does want to become a rivalry with a lier. At the same time, Alka started to destroy the first floor and told Marie that she’s making a shortcut. Alka said she is heading straight towards the final area like this is the Kunlun style. 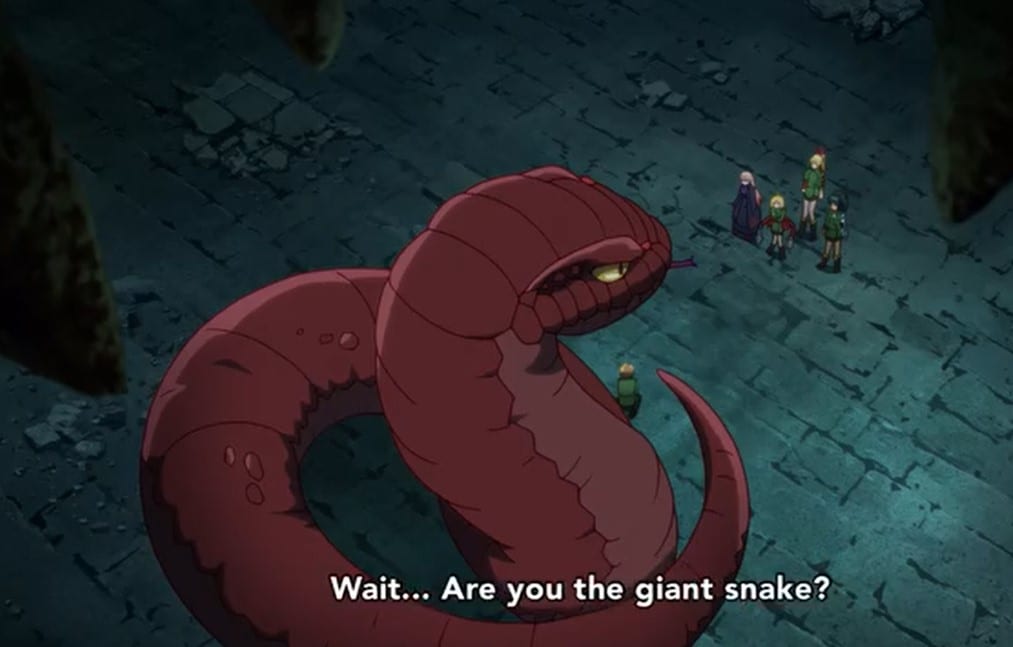 Lloyd and others think that the giant snake has started attacking. Marie bumps with Micona and finds that she has a treant parasite. Micona waked up and told Marie that she is glad to see her. Marie asks why she is her Micona said she is waiting for him and she will get her revenge. Marie asks her who the person she is waiting for is. Micona reveals that he is the one who stole her love. Her heart was broken, and the guy is Lloyd Belladonna.

Micona wrapped Marie with her tree roots and told her she would enjoy watching her playing with Lloyd. Lloyd arrives after hearing Marie screaming. He started to battle with Micona. Micona got sent flying, and she uses God-Speed to smash Lloyd with the wall. Riho, Selen, and Qunine arrive, but Lloyd saves them from being killed by Micona. Loyd landed a final blow that sends Micona to the moon, and the giant snake arrives.

It praises Lloyd for showing him a great battle. The snake asks Lloyd if he has forgotten about him. The snake reveals that he had met with Lloyd when he was young. He said that his name is Vritra, and he serves as the guardian beast of Kunlun. Sou arrives and kills Virtra thinking that he will gain his power. But Virta’s powers got teleported in Selen’s cursed belt. Alka arrives, and they battle with Sou and defeat him.

Suppose a Kid from the Last Dungeon Boonies moved to a starter town? Episode 10 Preview

In this article:Kid From Dungeon Moved Starter Town