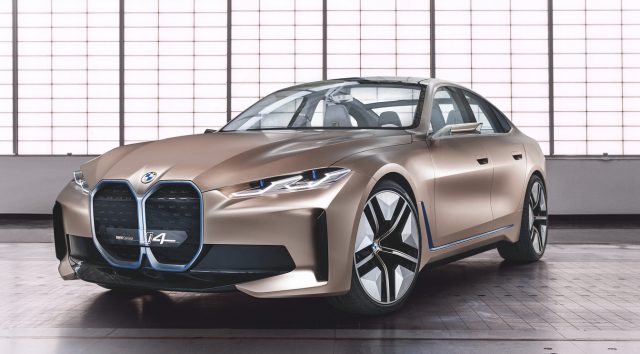 German luxury vehicle manufacturer, Bavarian Motor Work (BMW), is further looking forward to bolstering its EV portfolio. It’s upcoming with a new sedan, 2021 i4 series; it will be an all-electric mid-size EV sedan. The low-slung four-door model will be a strong competitor for rivals like Tesla Modele 3 and Audi e-Tron GT. The sedan will possess a driving range of 372 miles with loads of pre-equipped high-tech pieces of equipment. It’s designed with some clever aerodynamics to assist it in producing as little drag as possible.

The bright blue contrasting trim helps distinguish it from a petrol- or diesel-powered BMW, the wide-spoked all alloy wheels and thin wing mirrors help smooth out airflow around it. Big flat spokes alloy and grilles help reduce turbulence produced by them. It also got a massive rear diffuser with some ultra-thin normal door mirrors to reduce drag combined with some great kidney grille and flowing lines. The group has even hired world-famous composer Hans Zimmer to produce sound effects for i4’s concept “ own visionary and unique sound.” 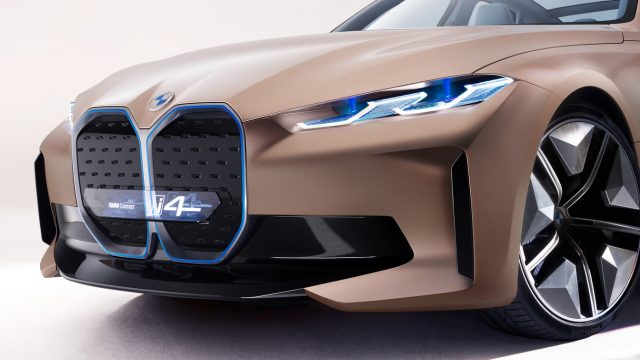 BMW i4 will be released in 2021. BMW i4, the fully electric saloon, is expected to make a public appearance in fall 2020. The models will come with a limited warranty cover of 4 years or 50,000 miles since it’s an electric version, battery components would also be covered in it. While hybrid components will be covered for eight years or 100,000 miles.

Pricing of BMW i4

The group isn’t expected to start i4’s production until 2021, subsequently in the market later that year. The luxury vehicle group has not announced any official pricing, but it is estimated to be around $50,000. 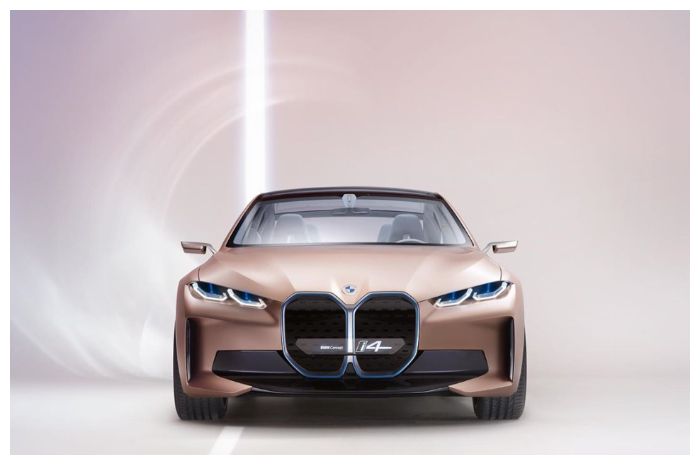 Specification of BMW i4

The i4’s concept will be packed with a 550kg battery under its floor, keeping it close to the ground without any leaning and lurching in sharp corners. This battery will feed electrons to an electric motor producing 530 horsepower (395 kilowatts) – as much as some of its V8 petrol engines. This EV can sprint from 0-60 in less than 4 seconds with a top-notch speed of 124mph. We expect the i4 to be offered both rear- and all-wheel drive, which will be different 0-60-mph times.

The model is powered from an 80.0 kWh battery, providing an EPA range of 270 miles and a WLTP range of 373 miles on a single charge. A 150-kilowatt charger will be offered with the i4, which will provide up to 80-percent of the car’s charging in just 35 minutes.

The i4 concept’s cabin features swathes of white upholstery, rose gold trim, and light wood trim, sharing underpinnings with the company’s 3-series sedan, the interior will be equally spacious. Large windows and dramatic panoramic glass roof along with some large cargo area under rear liftgate make it look airy. 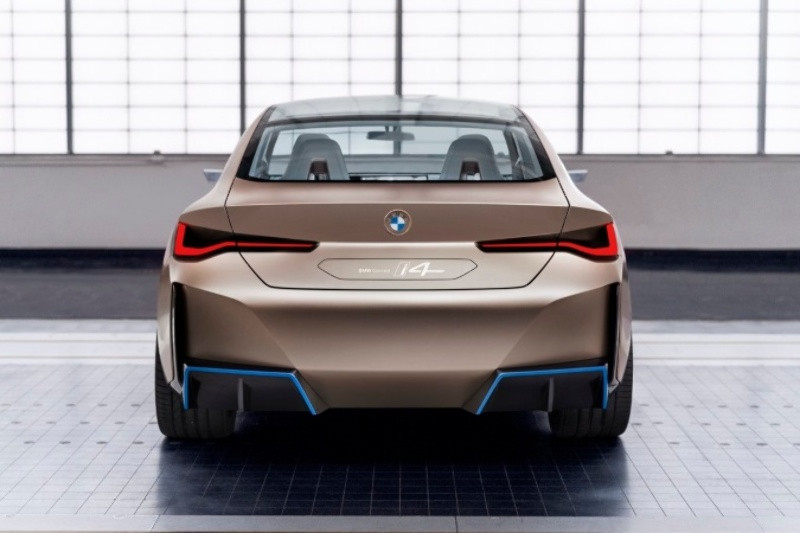 Some of the latest and greatest in-cabin tech will be included in the upcoming i4 concept, including a single sweeping large touchscreen in place of BMW’s dual-screen (one on the dashboard and another in front of the steering wheel), very similar to the modern Mercedes. The infotainment screen will be provided with gesture-operated controls and a fully digital gauge cluster. Apple Carplay capability, a Wi-Fi hotspot, a wireless phone charging, and various audio-system too shall be inherited as these comes standard in current BMW’s models. The right section of the screen will be touch-sensitive with the option to change the driving modes, which in turn changes the lightning of the cabin. Stay tuned for more information on exclusive BMW’s i4 concept.