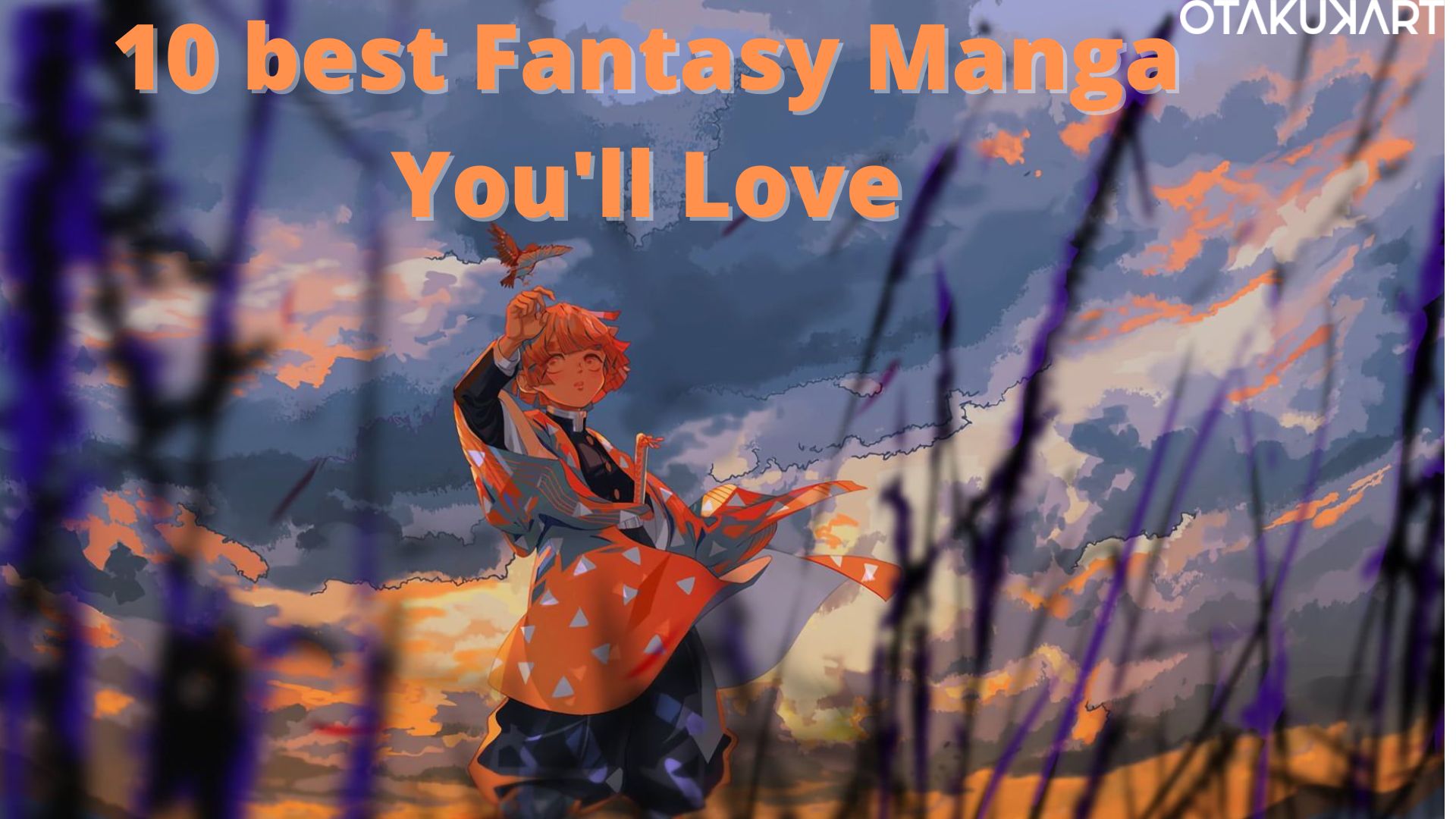 Manga is the new coming-of-age fad that is here to stay. It is not very new, but somehow it feels fresh as a cucumber. It consists of various fantastic genres according to its niche, and Fantasy is one of them. Today we will talk about the 10 Best Fantasy Manga You’ll Fall in Love with. No matter what age group you belong to because it never fails to cater to everyone’s needs. A wide variety of locations from mythology, folklore, or well-known and iconic works of the genre, like The Lord of the Rings, are used in fantasy manga.

Although fantasy novels might just as readily take place in our current world or in a post-apocalyptic civilization where technology was abandoned alongside the old world, they are typically distinguished by a modest level of technological advancement. Additionally, these mangas frequently include magical or other amazing skills, odd or enigmatic creatures, or humanoid species that live alongside humans or have separate continents from ours.

If you want to add some enchantment to your mundane life, there are numerous solutions available, and these fantasy comics can assist. No matter exactly what sort of manga you prefer, there’s a good possibility you’ve previously read a fantasy work because so many popular mangas are of this genre.

There are many incredible stories to be found in the manga world. It is not one of those fundamentally Japanese genres (like isekai or harem), but the fantasy genre and its subgenres are well-known in the West, and Japanese works sometimes lend them a little particular touch. If you enjoy reading such tales, check out our selection of the top 10 fantasy manga.

Edward and Alphonse Elric and their mother, Trisha Elric, reside in the nation of Amestris, where alchemy has been elevated to the rank of universal science. The latter, who is ill and on the verge of death, is attempted to be revived by the two young children using alchemy. The youngest, Edward, loses his left leg, while his younger brother loses his entire body. By encasing his younger brother Alphonse’s soul in armor, Ed gives up his right arm.

Then, at the age of twelve, Edward enlisted in the military as a State Alchemist. The two brothers seek, at the cost of their lives, the philosopher’s stone that’d resurrect their lost bodies thanks to the benefits associated with their status as State alchemists and their study. 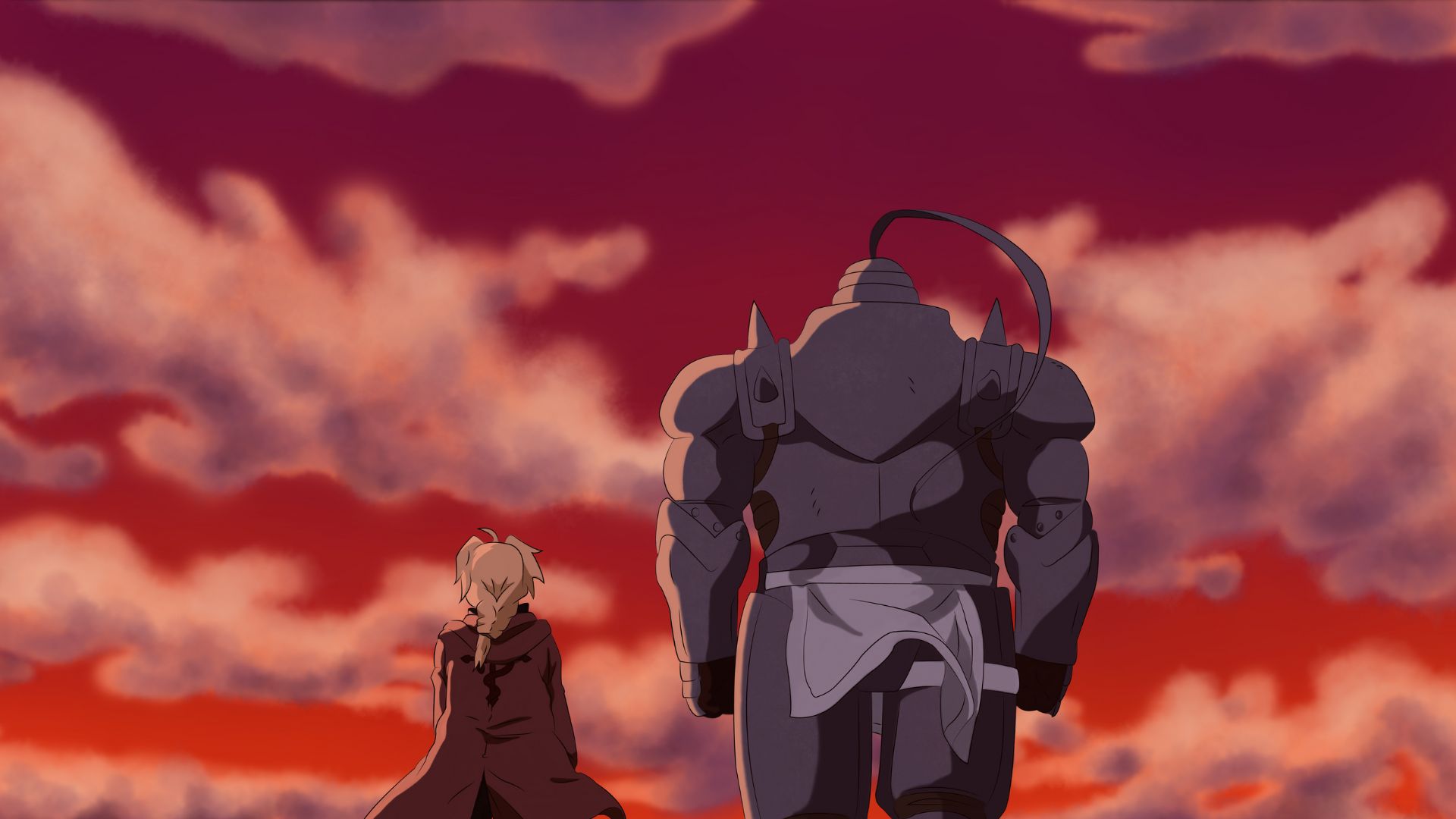 Tanjiro Kamado, the first child of a line of coal merchants in Taisho-era Japan, trades charcoal in the town beneath the Mountain to help maintain the family after his father passes away. Despite the challenges of life, they are able to find just modest satisfaction on a regular basis. He is compelled to spend a night with a Good Samaritan in the village one day due to reports that a man-eating demon hangs out after dark. However, when he returns, things are different because he immediately smells blood and goes home to discover his family dead. 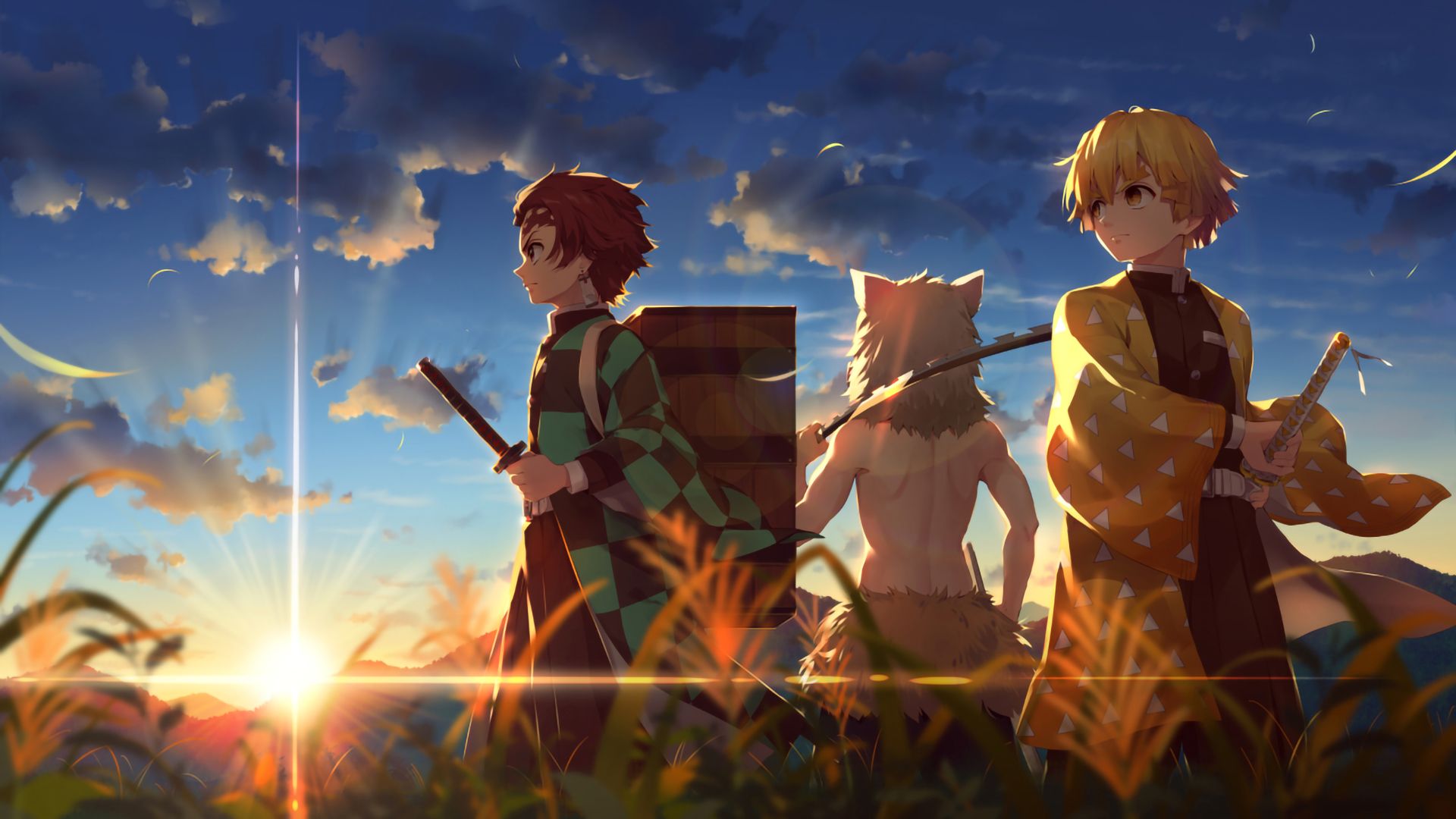 The key emphasis of the narrative is on the missions undertaken by one of the Fairy Tail guild’s teams, which is currently made up of Natsu Dragneel (a fire dragon hunter), Lucy Heartfilia (a constellationist), and Happy (an Exceed, a blue cat that can appear with wings, fly, and talk), and which will soon be joined by Erza Scarlett (a knight mage) and Gray Fullbuster (an ice mage then later an ice demon hunter), two Carla, another Exceed white cat-like Happy, Wendy, and numerous more join them for the quest. Wendy is a cosmic dragon slayer. 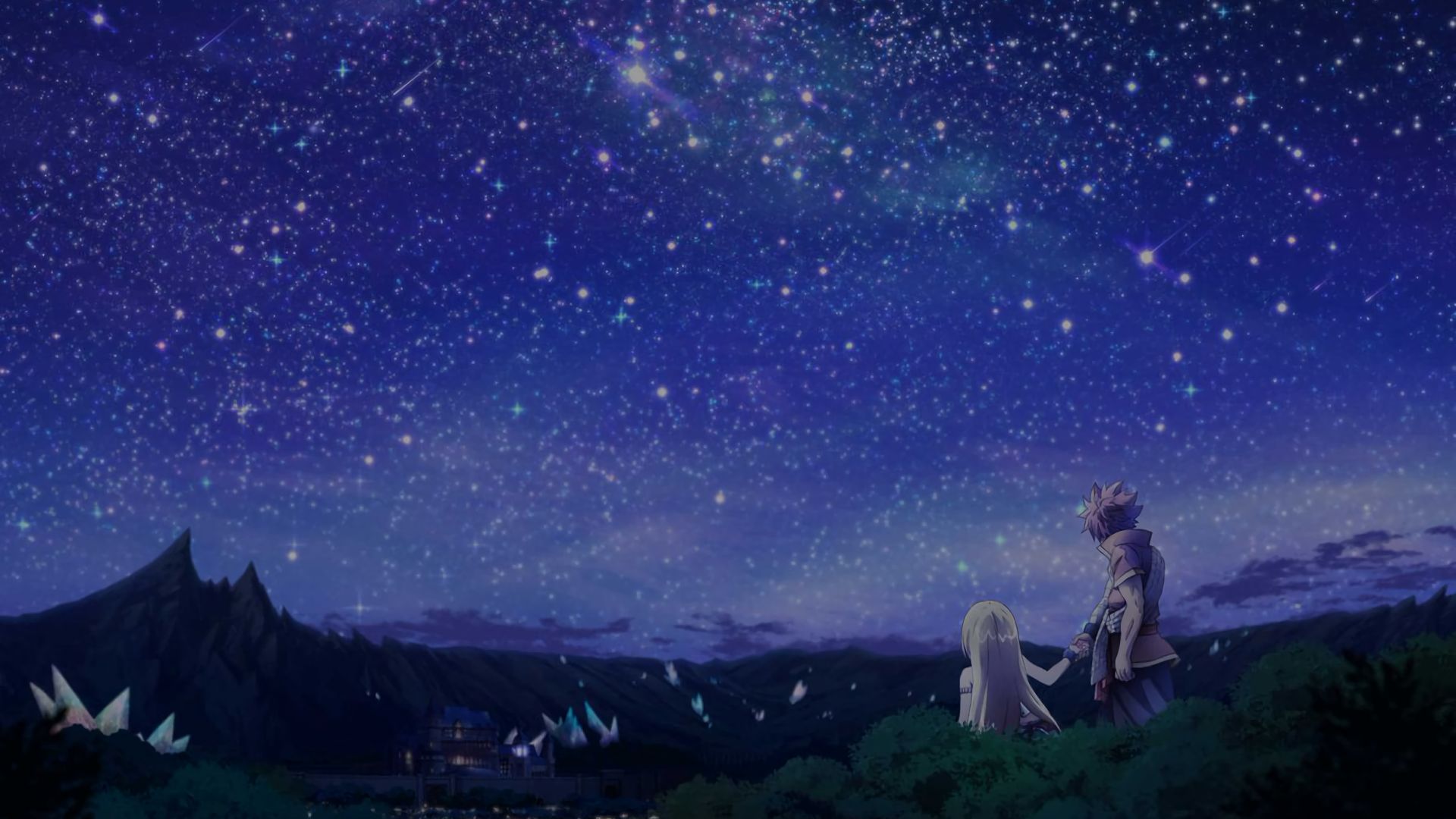 One wizard saved humanity and vanquished an old demon that was ready to destroy it. That wizard later rose to fame under the name Wizard King. Following that, the Clover Kingdom experienced peace thanks to wise men and nine subsidiary magical orders for many years. Having been abandoned at a catholic orphanage in Hage, which is situated in the Forgotten Region of the Clover Kingdom, Asta and Yuno were reared collectively from infancy.

Asta seems to be the only child born without magic in a universe where everybody has magical power and the ability to manage it naturally. As a result, he has had to train physically to make it up for this. Yuno, on the other hand, was a prodigy with incredible magical power and the ability to manage it from birth. When Asta and Yuno reach the age of 15, they get their own grimoires, through which all magical power is channeled, enabling them to become wizards known as Magic Knights. 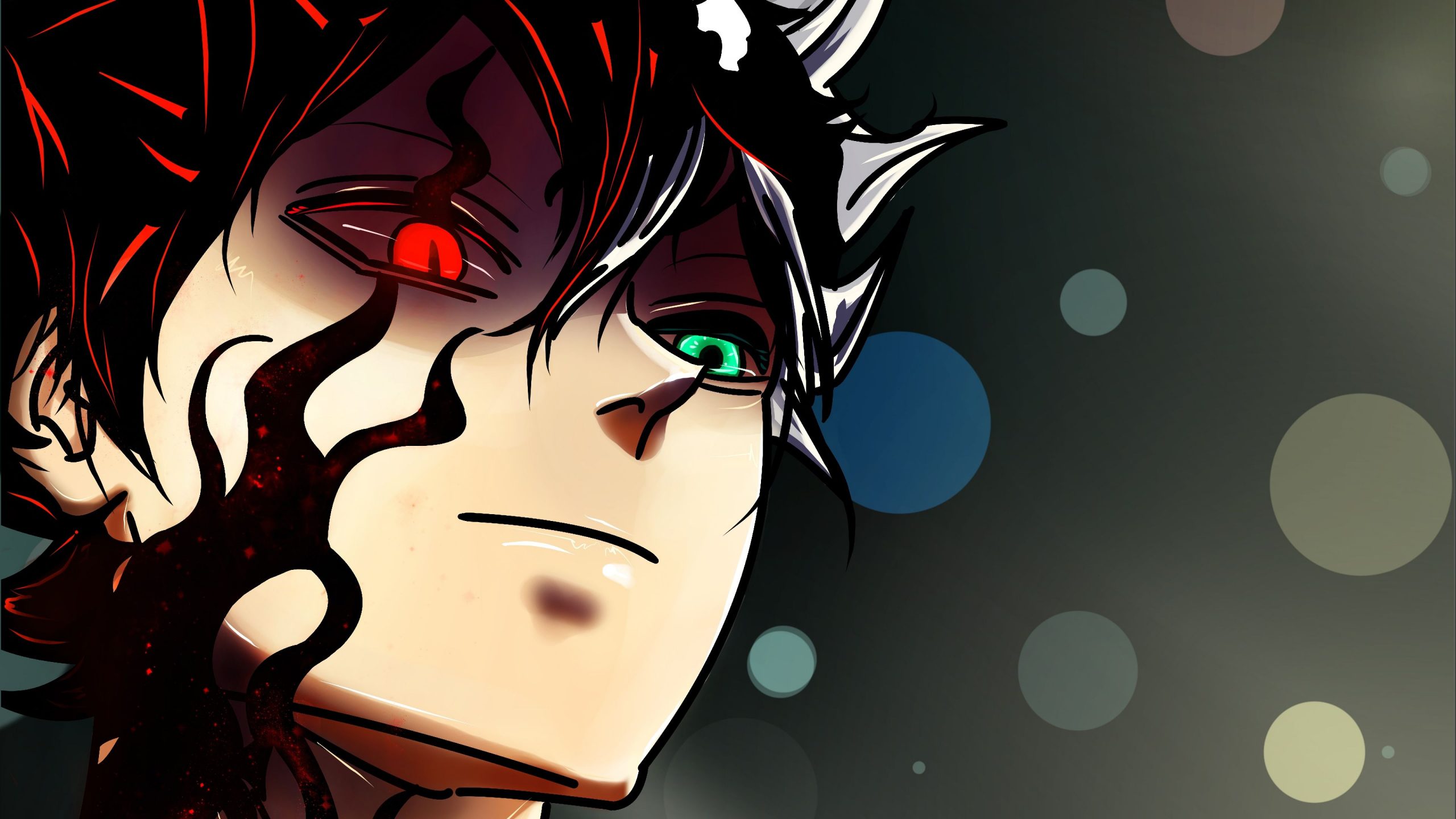 6. ‘The Rising of the Shield Hero’ One of the most amazing fantasy manga out there

Together with three other young men from parallel Japans, Naofumi Iwatani was transported to a strange new planet to serve as its “Legendary Four Heroes” or “Four Ancestral Saints.” As soon as the Heroes were brought to the strange new world, they were each given their own legendary equipment: Naofumi received the “Legendary Shield,” the only protective measure of the four, whilst others each received an offensive weapon.

Naofumi had just one buddy to go with him because of his lack of personality and experience, but the others had several; regrettably, on the second day, Naofumi was deceived, stripped, and falsely charged by a said teammate. Naofumi is now consumed by retaliation and anger after being humiliated and harassed by everyone else in the country, including the king and peasants. Thus begins his trip across this planet, one that he must undertake by himself. 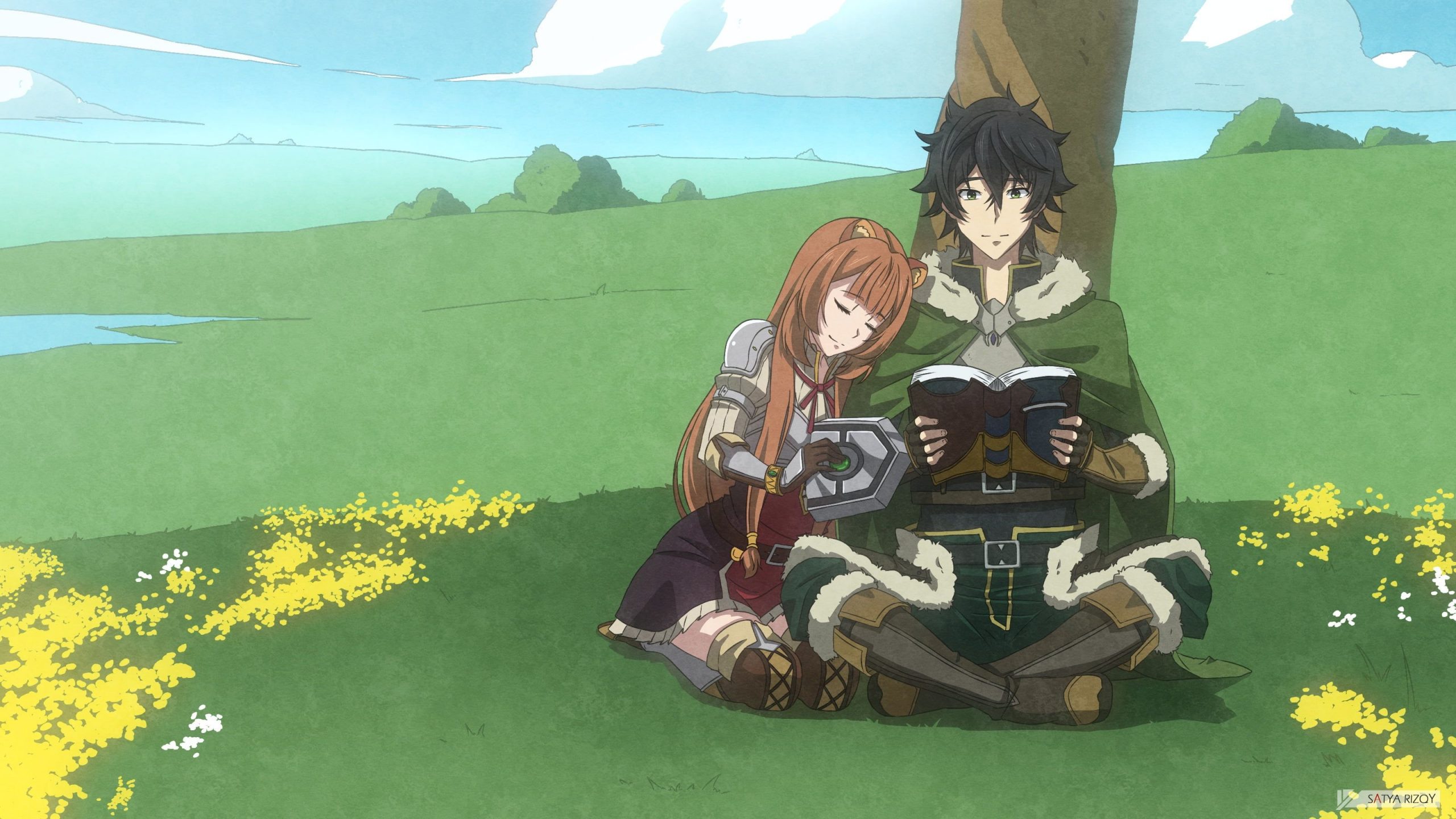 A 12-year-old girl named Riko resides at the Belchero orphanage in the town of Orth. The city looks out over the Abyss, a massive earthen pit with an unknown depth and a width of 1000 meters. Many explorers from throughout the world travel to this chasm because it is a source of magical artifacts that are gathered for sale on the surface. Only a small number of skilled explorers, known as white whistles, have emerged from the lowest strata; everyone else has either perished from the curse or remained below.

Each deep stratum has unique qualities, ranging from the plants and animals that live there to the ascension symptoms that get worse as you descend. Riko is assaulted by a monster one day while searching the first tier of the Abyss for artifacts. Reg, a peculiar robotic child, saves her by scaring the creature away with just an heirloom. Riko comes up with a plot to have Reg adopted by the Belchero orphanage with the help of her friends.

In Berserk, Griffith, the leader of the Falcon Troop, a group of mercenaries working for the kingdom of Midland, is introduced to Guts. An unclear but nonetheless effective friendship will develop from this meeting: Guts, a warrior with a disproportionate sword, will swiftly turn out to be crucial to the goal of the young Griffith, a swashbuckler and exceptional tactician.

The growth and collapse of the Falcon Troop are thus depicted in the anime, as well as the complex relationship between Guts and Griffith. This relationship is marked by mutual respect (both consider the other as a soldier) and deep devotion (one mysteriously requires the other’s company). 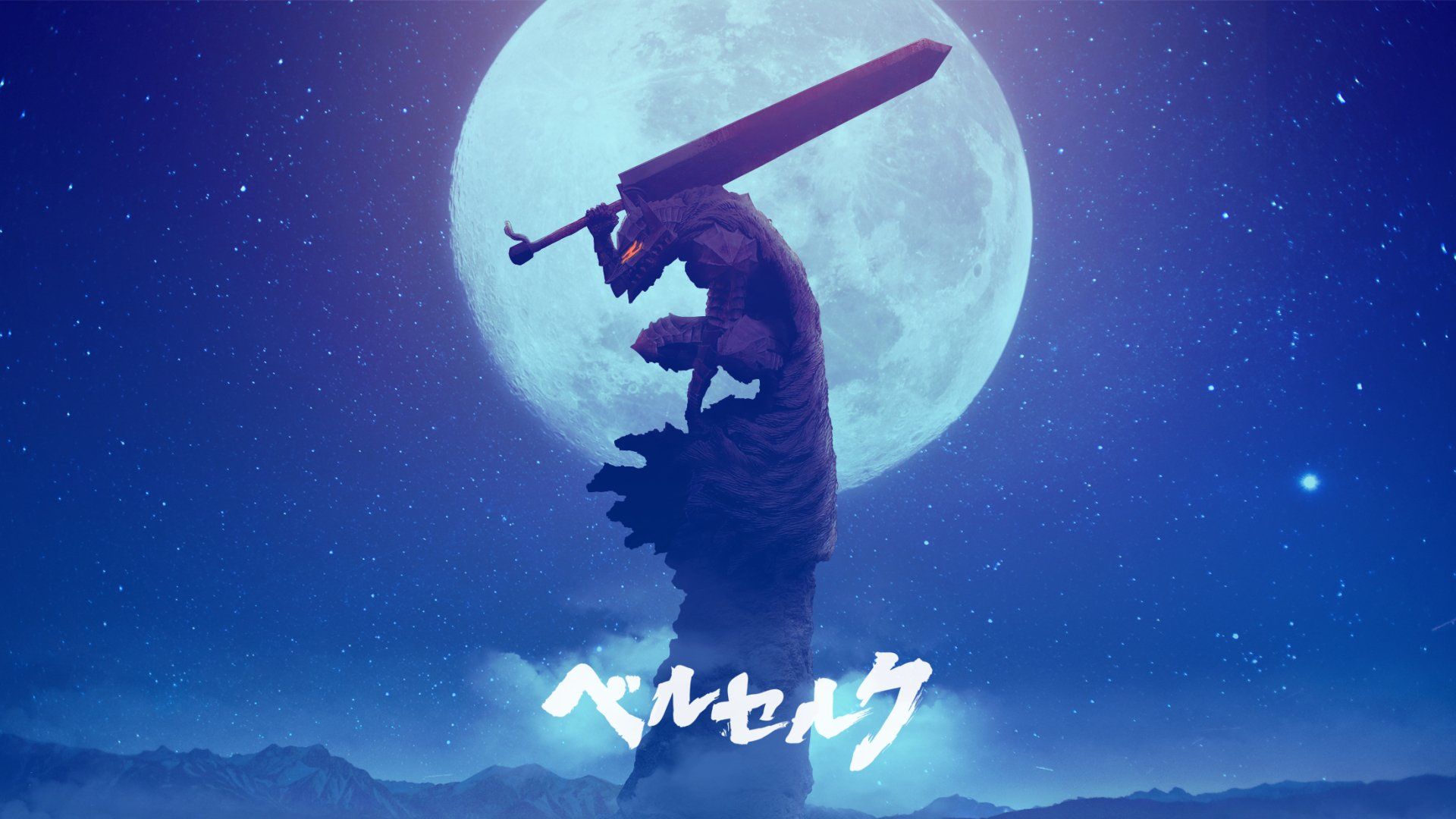 3. ‘The Seven Deadly Sins’ One of the best fantasy manga to read

Kingdom of Britannia, Liones The violent death of the Grand Master of the Holy Knights Zaratras is attributed to an order of seven mythical knights who were working for a king who intended to usurp the throne. Ten years later, a young girl by the name of Elizabeth Liones sets out in search of these enigmatic knights who were once Liones’ pride and joy: the Seven Deadly Sins, a grouping of seven dangerous criminals selected by the king himself, in order to foil a plot the holy knights had devised against the throne. She soon found herself at the Boar Hat, a pub run by a little boy and his pet pig, Hawk.

She was shocked to learn that the youngster running the bar was none other than Meliodas, the commander of the Seven Deadly Sins and the Sin of the Dragon of Wrath. Then they set out on their journeys to find the other six Deadly Sins in an effort to save Liones. 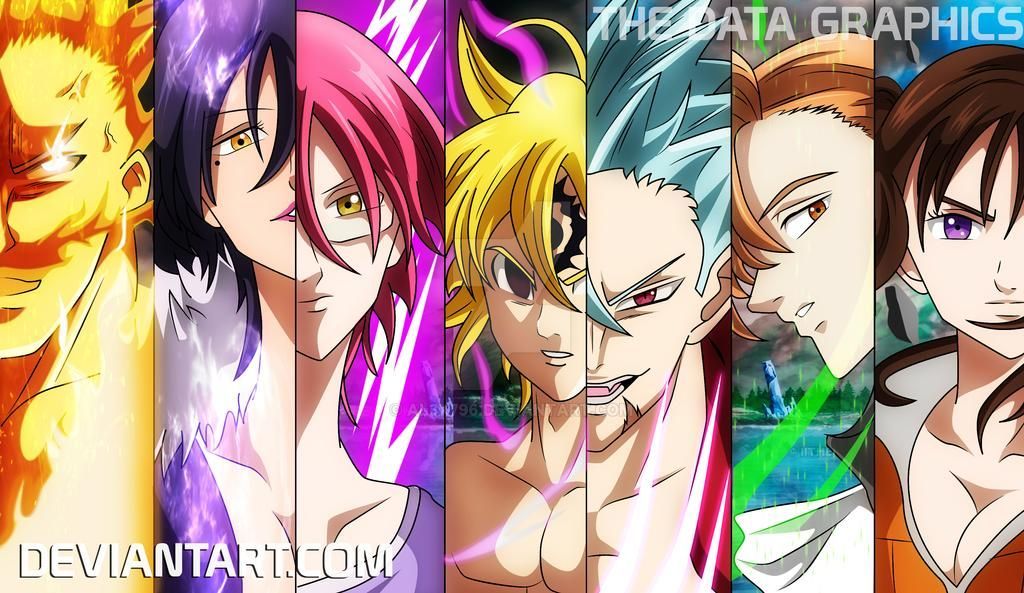 Ging Freecss left his kid Gon on Whale Island with his aunt Mito twelve years before the narrative begins. Gon, who had always assumed that his parents had passed away, learns one day, thanks to Kite, his father’s apprentice, that they are still alive and have advanced to the ranks of expert hunters, people qualified to locate hidden treasures, rare animals, and even other people. This realization prompts Gon to leave his house and sign up for the Hunter Exam, a series of tasks designed to evaluate participants’ abilities, survival skills, and teamwork. 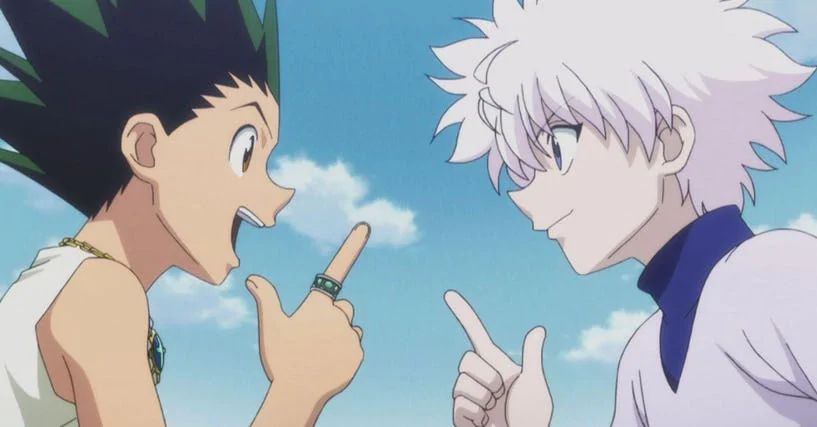 1. That Time I Got Reincarnated as a Slime

This fantasy manga is all about a salaryman who gets killed, reincarnates as a slime with special abilities in a realm of sword and sorcery, and recruits allies to create his own state of demons. Satoru Mikami is a 37-year-old unmarried salaryman living in Tokyo. If he could have had a partner, he might have been content with his repetitive life. An individual carrying a knife rushes through the throng as he is seeing his younger brother in the street, who introduces him to his fiancée. This causes terror on the sidewalk.

Satoru intervenes to defend the couple and suffers a fatal back injury. A “voice” listens to him in his anguish and deciphers his “final words” as he briefly examines himself. 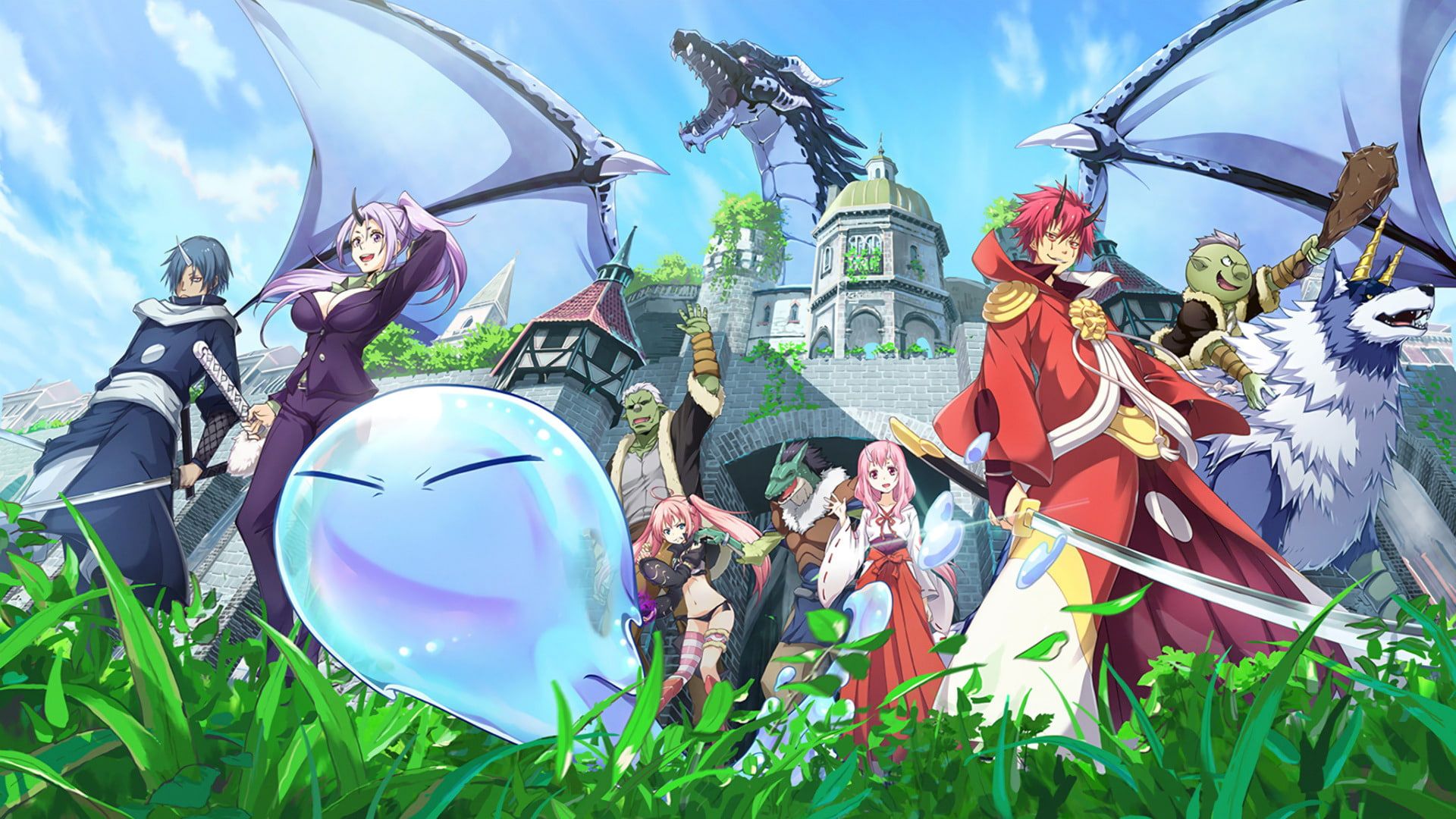