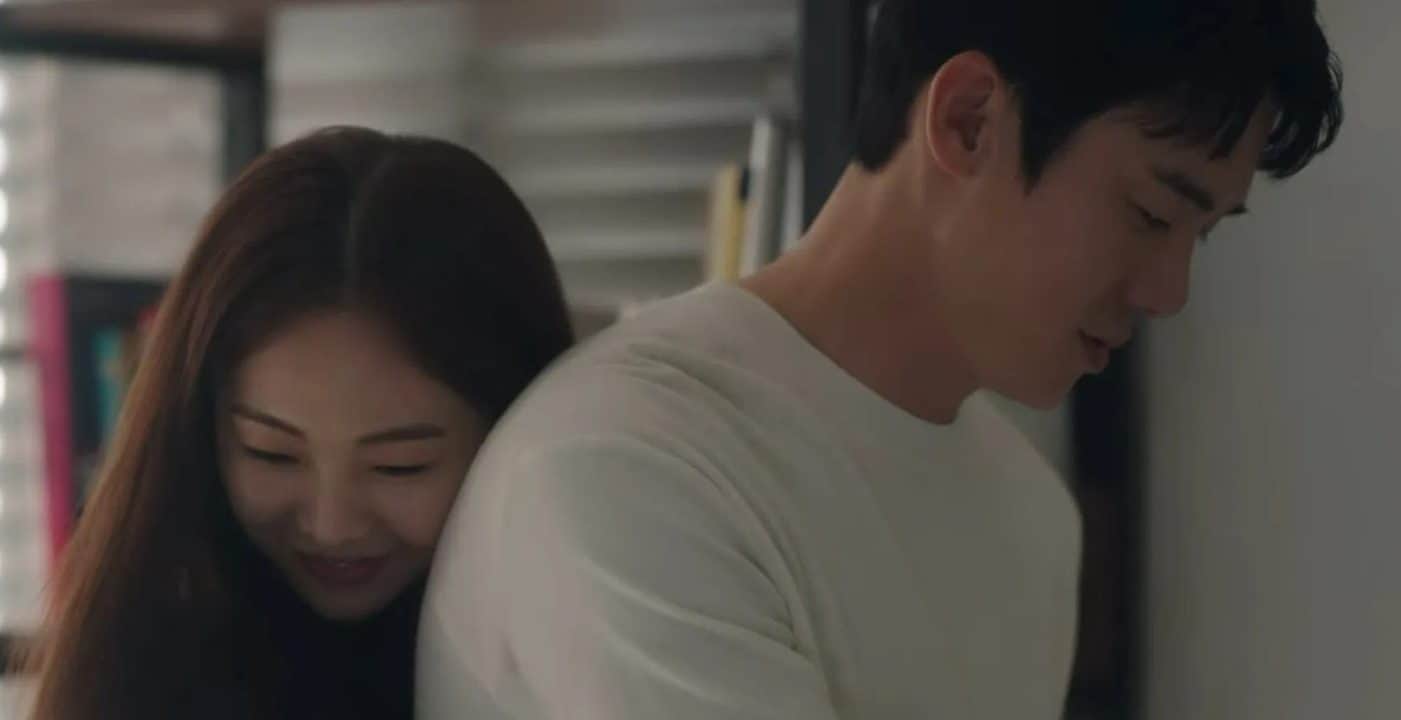 The Interest Of Love Episode 11’s release date is out. The watchers of the said Korean drama are waiting to explore more about the next episode. We have bought you all the latest details regarding the eleventh episode of The Interest Of Love, such as the air date and streaming details.

Following our old tradition of recapping the previous episode, here is a quick rundown of the show’s latest episode. We saw that Jong-hyun rushed outside to attempt and catch Soo’s bus depart. As the bus turns a corner and vanishes, he pursues it but stops halfway across the parking lot.

There is silence. Soo-young then makes an appearance and turns to face him. He rushes over to her and comfortingly embraces her. I get the impression that these two need each other as she gives him a warm hug in return. When they return to Korea, Soo-young gives Hyun a place in her home, and they start living with her.

They are still dating, but they are cautious around together at home and mostly keep to themselves. They appear pleased, Jong-hyun enters a study club, Soo-young prepares, and I am in utter awe of this progress.

The Interest Of love: The  Recap

No mischief involving cohabitation exists. Simply put, this depicts what individuals do when they are up against a wall. Let’s go on to the tale of Sang-soo and Kyung’s union. These two appear adorable, but they are already in a state of apparent complacency.

They don’t argue since there isn’t much passion, but they get along well enough to remain together. Both acknowledge that they don’t understand each other very well, and neither is a better person than the other in a foreboding moment.

We haven’t seen Sang Su this torn before. He tightens and demands to know what Soo said when Mi-Kyung reveals that she told Sooyoung that they were dating. He alone has eyes for Soo-young. When Mi-Kyung kisses Sang-soo while hiking in the woods and enjoys having their romance ridiculed by coworkers, Sang-soo is unhappy.

He does not appear amused as Mi-Kyung unexpectedly turns up at his home and informs him that she won’t return that evening. On their first evening together, which also happens to be the day Jong moved into Soo-apartment, young’s we see both men make breakfast simultaneously then the two lovers leave for the bank.

Mi-Kyung is chatty and happy at the event, which is taking place in her home. Sang-soo & Soo-young are excruciatingly uncomfortable, while Jong-hyun is eager to respond to Mi-inquiries Kyung’s regarding his connection with Soo-young.

These two connect the worlds of Jong-hyun and Mi-Kyung, and they perceive social signals that Mi-Kyung cannot. While at the same event, soo-young notices a picture hanging in Mi-restroom Kyung’s. It is the artwork that Mi-Kyung was first shown to by Soo-young and that she had adored and frequented in a gallery display. Even though Mi-Kyung is kind, Soo-young realizes that they can’t be buddies.

At work, still the lowest-ranking employee, management tramples all over Jong Hyun and asks him to run an errand. Sang-soo once captures a menial task for Jong-hyun. It could indicate several things, but I interpreted it to suggest that Sang-soo is in a place to block Soo Young from seeing Jong-hyun be unfairly treated. 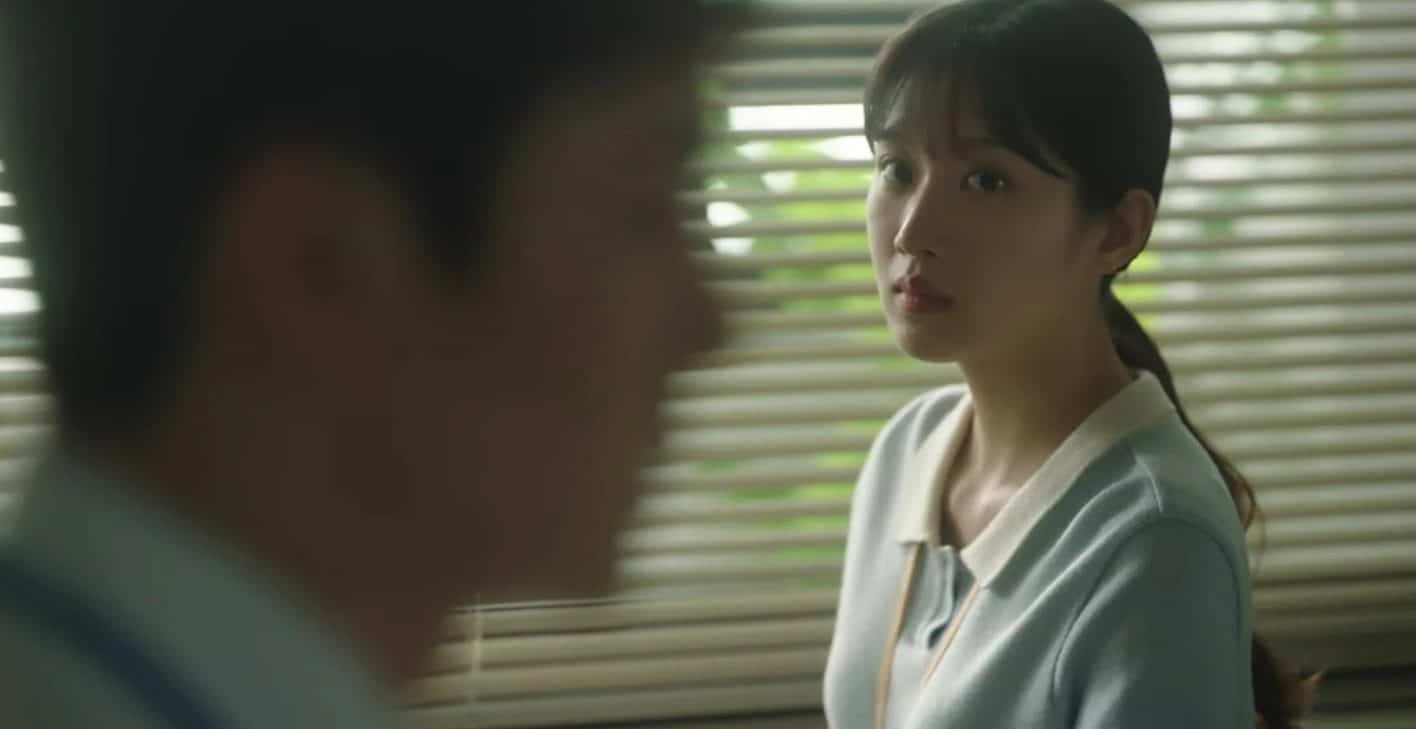 In separate ways, Sang Soo and Young lament being unable to spend time together. Sang Soo resolves to “respect the decision he made,” even if it means lying to his heart, while Soo Young wants to “defend another who chose her.” During a colleague’s wedding, Sang Su & Soo Young visit with their respective spouses while keeping an eye on each other from across the floor in the closing scene.

Soo-young then checks into a hotel and informs Jong-hyun that she will spend the night at a friend’s house. After entering the hotel, Sang Soo rang the bell. Sang Soo & Soo Young are opposite each other when Soo-young unlocks the door. 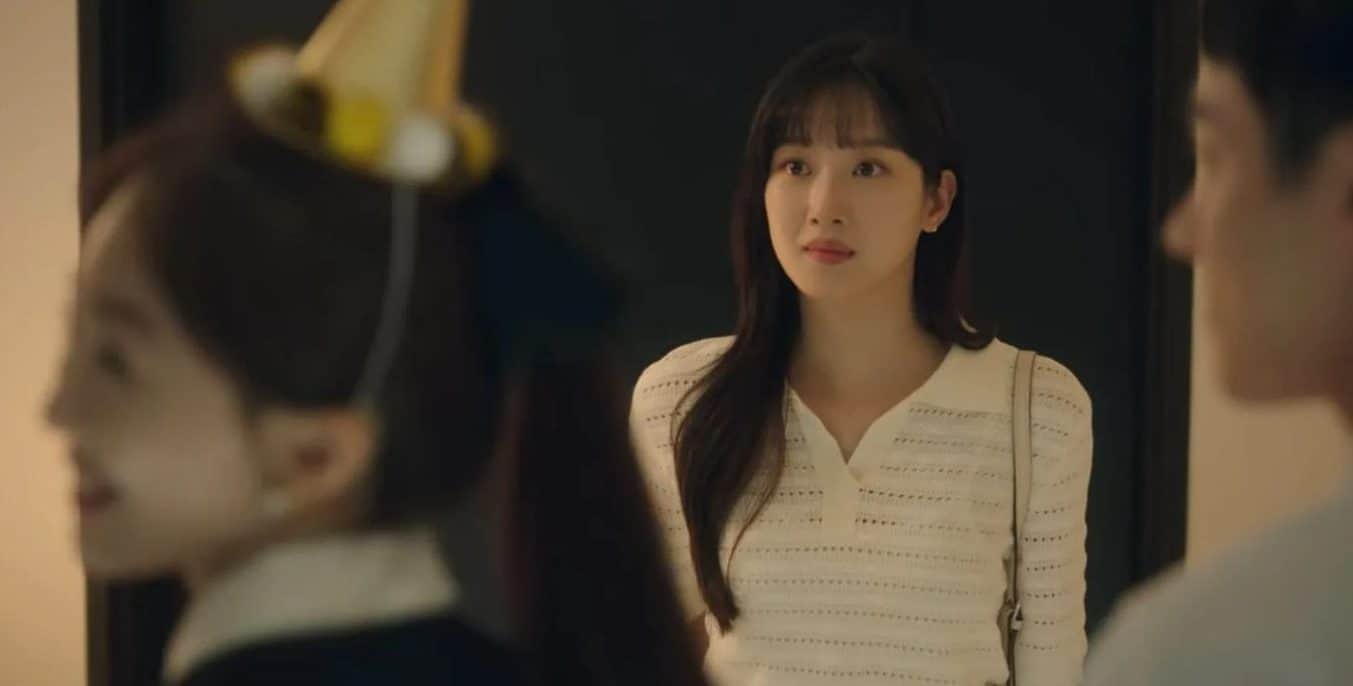 The Interest of Love Episode 11: Where to watch

For viewers outside of Korea, check your local times against the ones provided above to watch The Interest of Love episode 11 on Netflix. The eleventh episode of The Interest of Love would debut on JTBC for Korean speakers. The show is available for streaming with Netflix Basic, which includes advertisements, or viewers may purchase a regular pack for about $7.

Also read: 25 Sports Korean Drama That Should Be In Your Watchlist!