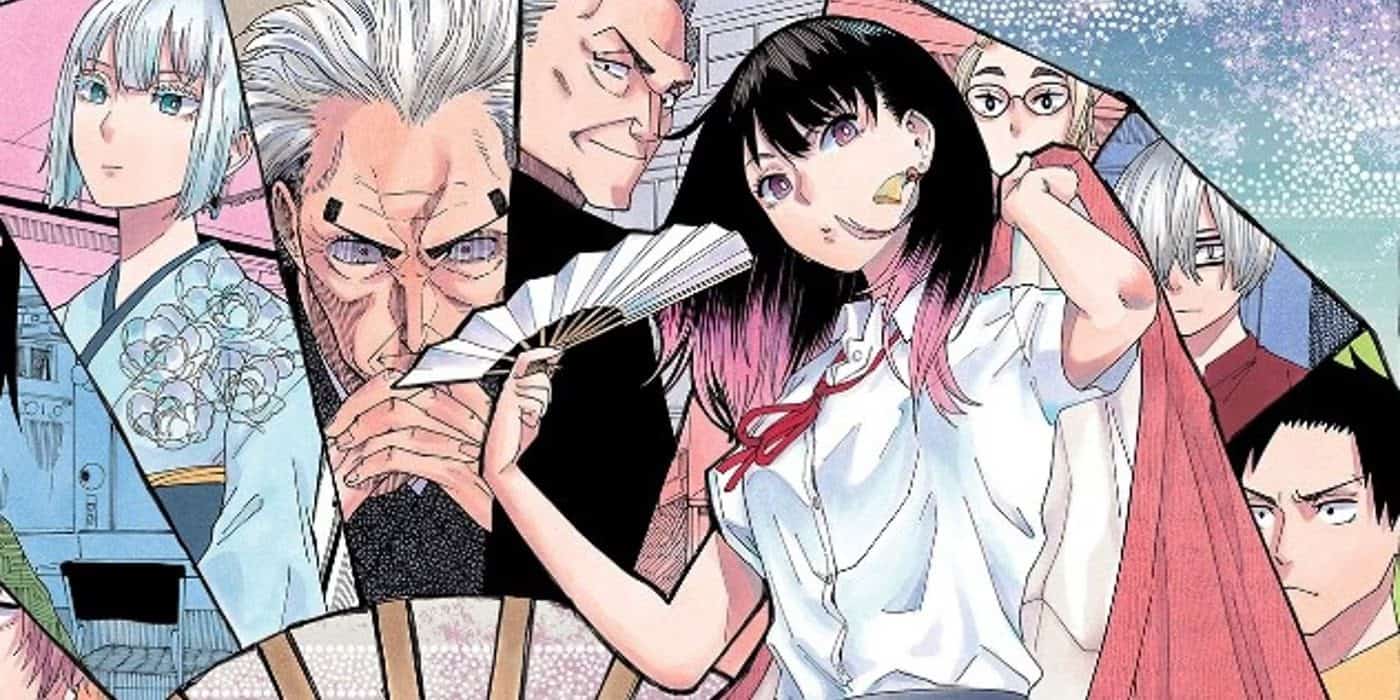 How far will you go for a loved one? Would you go to incredible lengths simply to right the wrongs done against them? Akane-banashi is the story of a girl who did just that…for her father. We don’t like seeing our loved ones being hurt by anyone, and also, we can’t bear the thought of them giving up on their dreams.

Akane saw this happen to her beloved father, whom she idolized, and she had to do something about it. Written by Suenaga Yuuki and with art by Moue Takamasa, this is a tale of a daughter fighting for her father when he was broken by a tough world.

This manga centers around the theme of Performing Arts, namely, Rakugo, and its serialization has been done by Weekly Shonen Jump. It was first published on February 14, 2022, and the series is still ongoing. There are currently four tankobon volumes of the chapters.

The story goes like this. Akane Osaki’s father was a Rakugo performer, and he was passionate about his job. Akane loved nothing more than to watch her father perform. She was bewitched by every slight change in tone, every variation of pitch, and the comical or sentimental dialogue of the art, all performed expertly by her father.

And it was Tooru’s biggest dream to attain the top rank in Rakugo, and for that, he must pass a promotion test. For the test, he must perform in front of a live audience and a judge, who is a master in the art. Tooru attended the test and gave his best performance yet.

But, despite his impassioned and stunning performance, he was expelled from the Rakugo school. This was a huge blow for Tooru, and it made him give up on the art altogether. Heartbroken but accepting his fate, he started a normal job.

Akane, who was her father’s biggest fan, took this to her heart and was stricken by grief. But she didn’t mope around. Instead, she took it upon herself to teach the school and Issho Arakawa (the Master at the competition)  the beauty of her father’s Rakugo style.

For that, she went to her father’s Rakugo instructor and beseeched him to teach her the art. The master, however, put her to the test and asked her to perform in front of an audience to see if she had the aptitude for Rakugo.

Read Also:10 Best Manga Similar To Dr. Stone That You Should Read

Master Urara informs Akane that she only has three more chances to master the story taught to her. Akane has to be ready in time for Rokuro’s event. Back at her home, her friends ask her how she has only mastered five stories despite being under a master for seven years. Her friend asked her if she would be good at being an Oiran, but he did not have much hope for her. They told her to keep trying the best she could. In the next scene, Risa helps her dress up as an Oiran, and she goes to Urara to enact it. But Urara found faults in her amateur performance.

In the next class, though she researched, she couldn’t improve much on her performance and wondered what more she could do. An idea struck, and she decided to go meet her old friend Ozaki on a date as she couldn’t ask anyone else.

The release date of Akane-banashi chapter 46 is on Sunday, 22 January 2023. The release timings are as follows:

Where To Read Akane-banashi Chapter 46

Fans of Akane-banashi want to know where they can read this manga for free. We have the answer right here for you. You can read chapter 46 on Viz Media and Manga Plus. Some chapters on Manga Plus may be hidden, but you can access all the chapters for free on the Manga Plus app, whereas in Viz Media, you have to join to read all the chapters.

Read Also:45 Best Anime Series Where The Protagonist Is Female