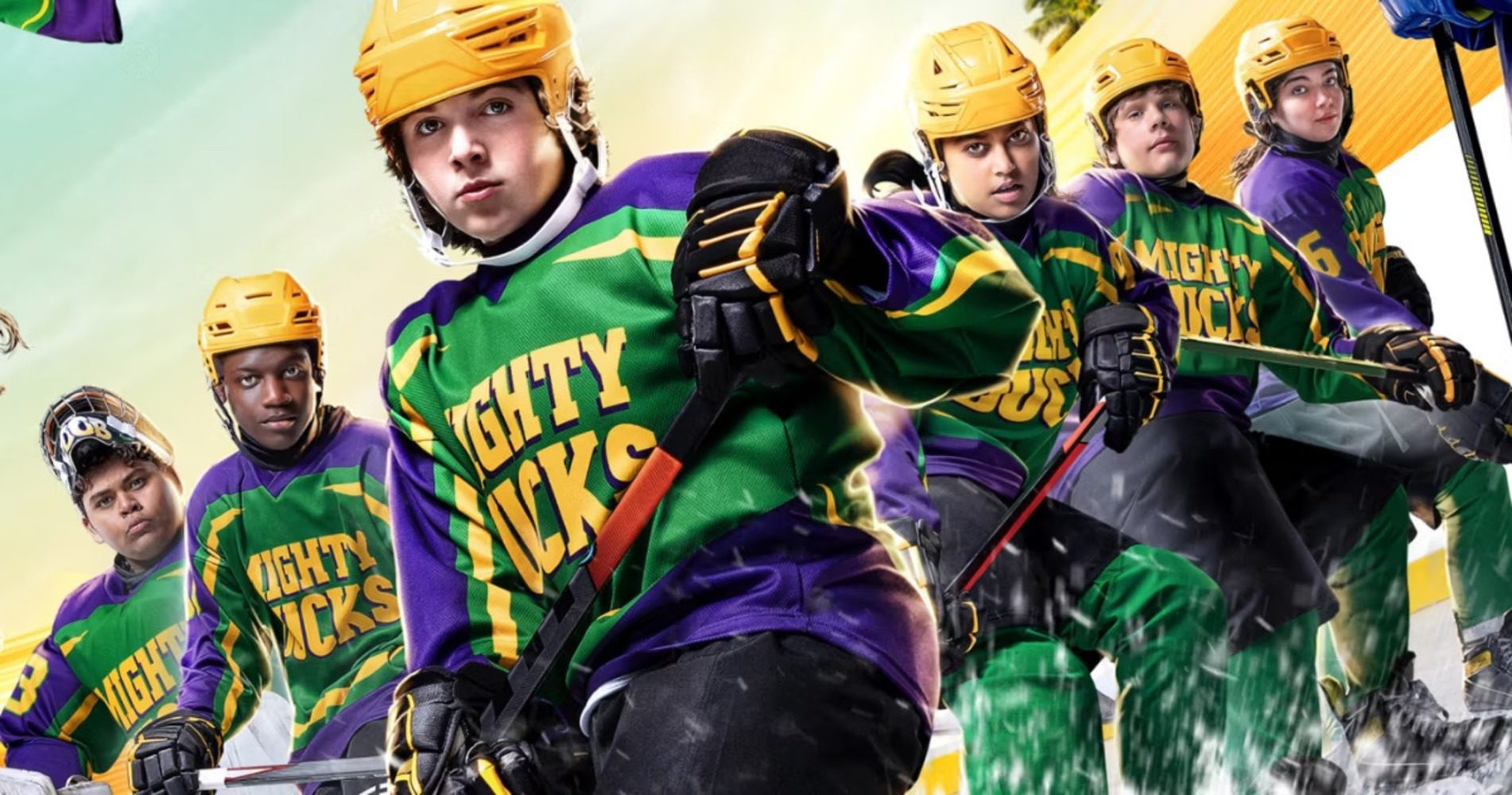 The Mighty Ducks: Game Changers Season 2 Episode 1 is set to release this week. Based on Steve Brill’s 1992 film, The Mighty Ducks: Game Changers, is an American television sports comedy-drama. As a follow-up to the movie, the series is developed by Brill, Josh Goldsmith, and Cathy Yuspa for Disney+. ABC Signature and Brillstein Entertainment produce it, Brill is the head writer, while Goldsmith and Yup are the showrunners.

The Mighty Ducks: Game Changers is one of the most fan-favorite series, which is the sequel to the iconic Mighty Ducks movies from the 1990s, the Mighty Ducks are now a super competitive and powerhouse youth hockey team in present-day Minnesota. After winning back the Mighty Ducks team name last year, season 2 continues where the last episode ends. The squad-with-heart and their coach Alex Morrow – played by Graham – go on the road to continue their journey. They are attending an intense hockey institute in California to practice their hockey skills without being distracted by schoolwork. 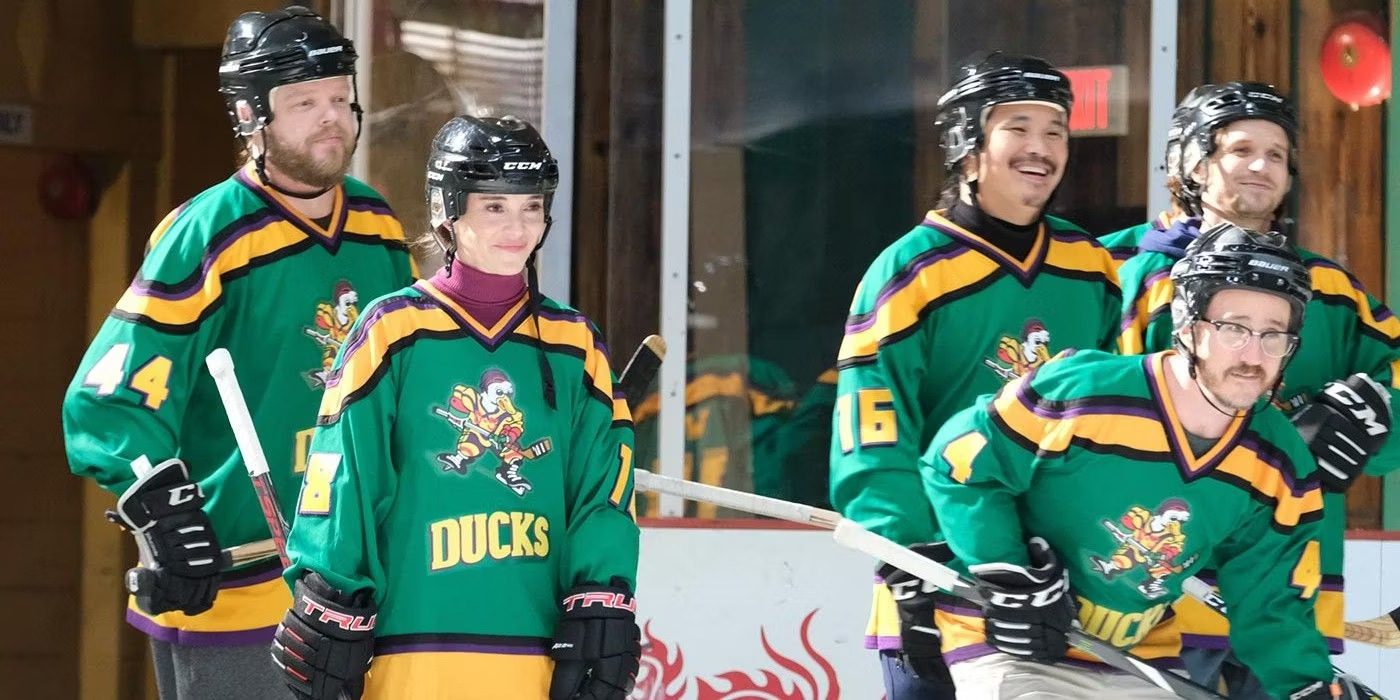 After regaining the Mighty Ducks team moniker last year, our squad-with-heart and its coach Alex Morrow (Lauren Graham), hit the road to attend a tough summer hockey academy in California conducted by charming yet hardcore former NHL player Colin Cole (Josh Duhamel). It’s a place for youngsters to succeed in hockey without the distraction of school. As our Ducks strive to survive in this ultra-competitive atmosphere, they are faced with the question: Can you win summer?

Even in the off-season, Ducks fly together! 🏒

Until now, we know only Two episodes of The Mighty Ducks Changers season 2, with another six on the way. This season also has ten episodes.

The Mighty Ducks Game Changers Season 2 Episode 1 is called Ice Breaker and will be released on September 28, 2022. This episode is about Evan meeting Gordon Bombay, the Ducks’ original coach, and he gets his mother to encourage him to form a new team of underdogs after failing to cut the powerhouse Mighty Ducks.

The Mighty Ducks Game Changers Season 2 Episode 2 is called Out of Bounds and releases on October 5, 2022. there is no information available about this episode at the time of writing this article.

The network released the first look at the new trailer on August 16, 2022.

A variety of events unfold in the Season 1 finale of The Mighty Ducks. After Alex’s outburst in the dressing room, Evan fires her and replaces her with Gordon Bombay. Sofi decides to return to her office and work after Evan fires her. Evan tries to ask Sofi as his date to the State Tournament party, but her response confuses Evan, and he seeks advice from podcaster Mary Joe. 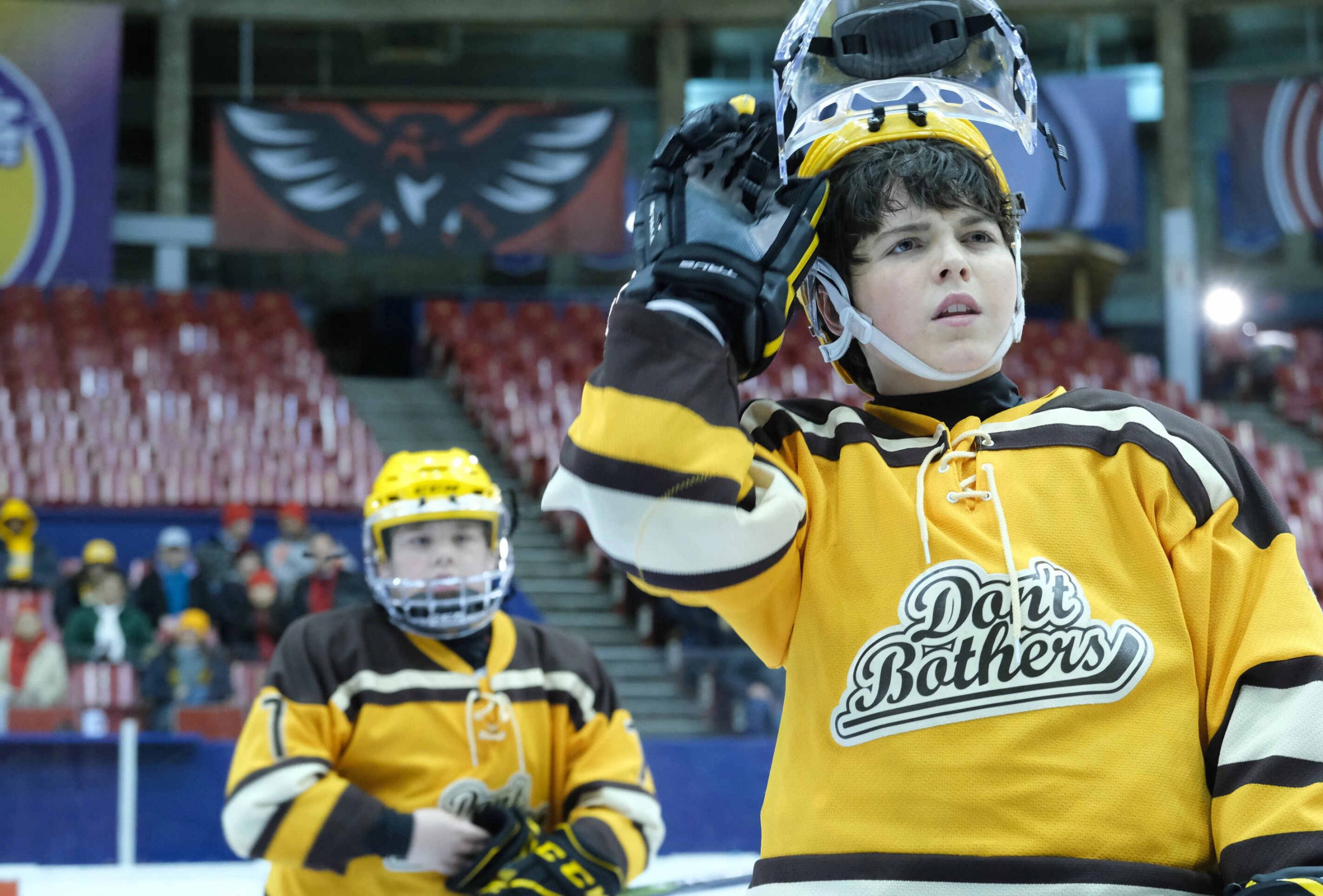 Then she tells him to ask her instead. After doing this to make Nick jealous, Sofi arrives with Trevor at the party, and Nick feels miserable because he is so mad at Mary Joe. As Alex learns that her boss Stephanie is getting divorced, she bonds with her. As soon as they discover they have a lot in common, they have a good time together. After Coach T revealed to the tournament committee Bombay was not eligible for the NCAA, the committee disqualified him, and the Don’t Bother. 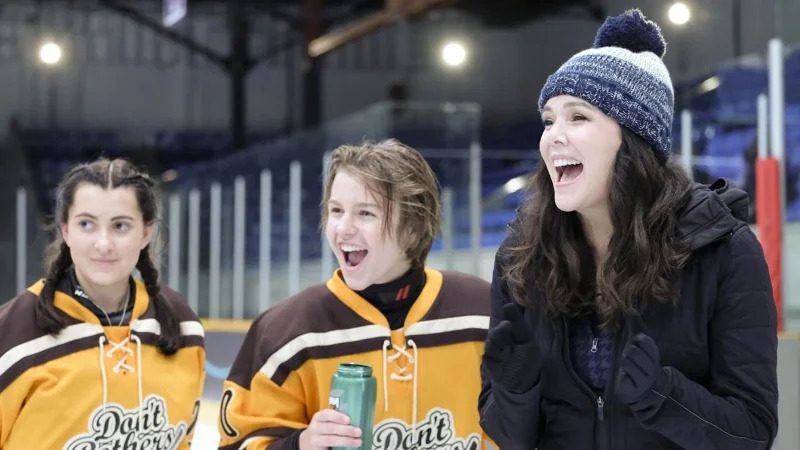 In response to Evan’s call, Alex shows up with Stephanie as Bombay’s attorney along with Stephanie. They uncover loopholes in the tournament’s argument that led to his reinstatement as coach. Nick and Mary Joe start hanging out, while Evan and Sofi reconcile and reveal their feelings for each other. Don’t Bother won many games in the tournament and reached the finals. It was intended that the finals would take place against the Ducks, their longtime rivals. However, Sofi’s leg was injured during the semi-finals, and she was extremely uncomfortable. The team would be disqualified from the final if she didn’t continue playing. The Don’t Bother forfeited their showdown with The Ducks according to tournament rules. As a result, the Ducks win the tournament. 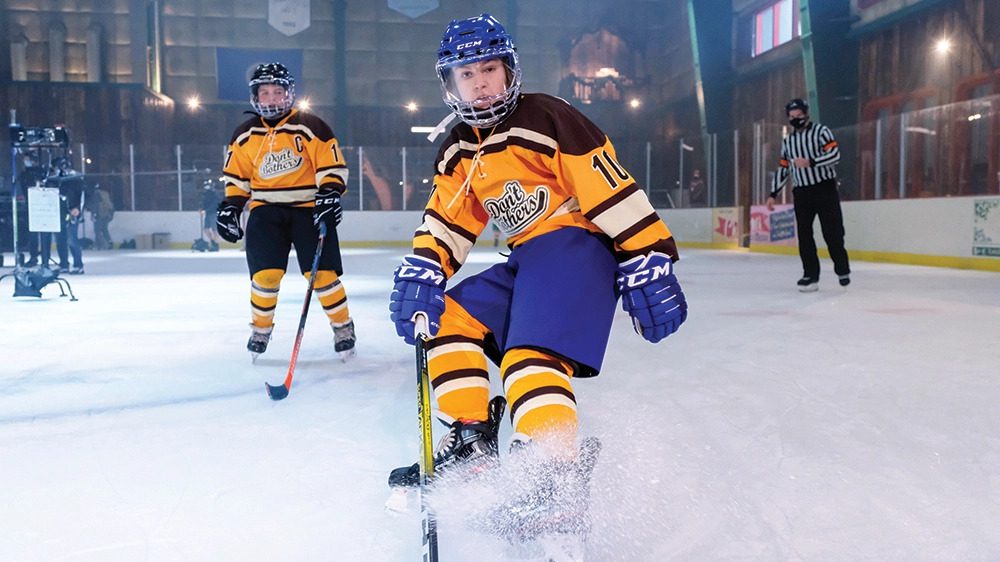 They are, however, challenged to a match in the Ice Palace by the Don’t Bother on their way out. In the event the Ducks win, the Don’t Bother are forced to discontinue their team and leave the league. The Ducks, however, get the name of the Don’t Bother wins. Only one referee is present, so they are advised to play a nasty game. At the end of the second period, the Ducks have a two-point lead. As Bombay surprises the team in the locker room with Old Ducks jerseys, they play well and tie up the game. 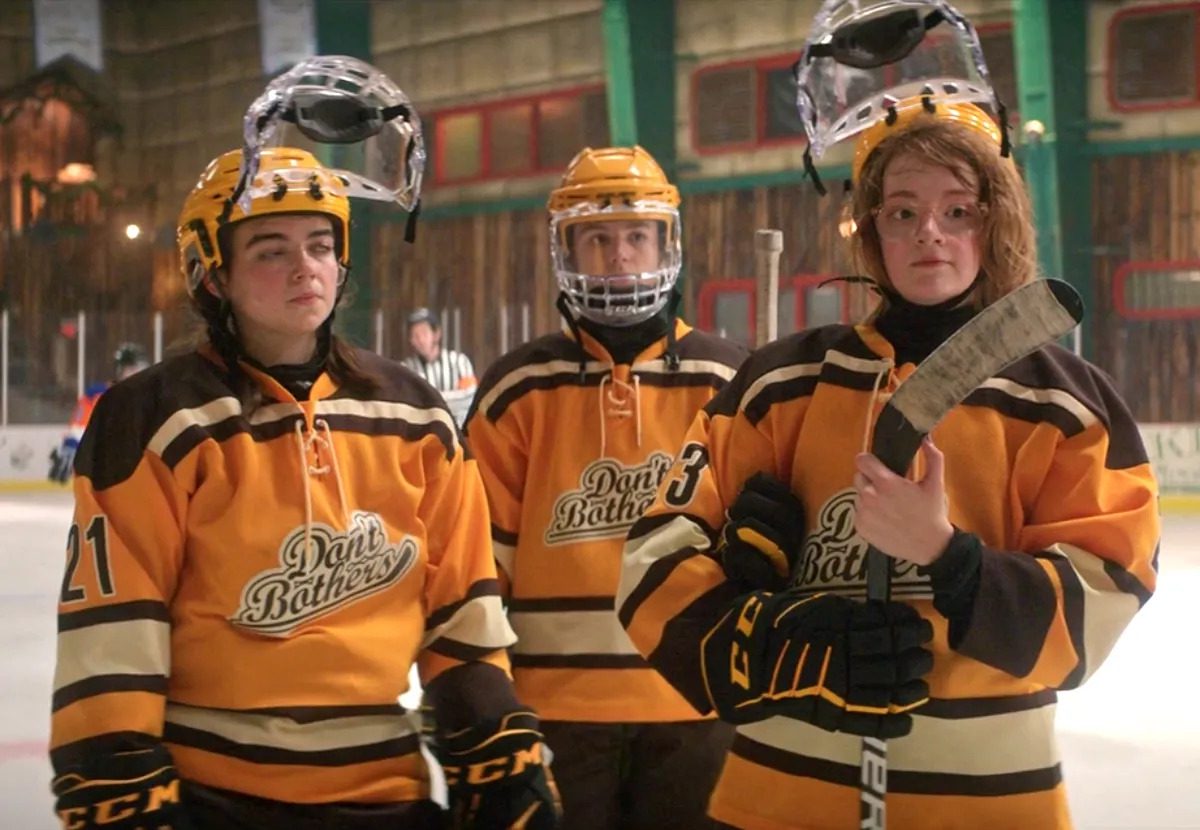 After that, the Flying V formation scores the game-winning goal. Coach T has a meltdown after they lose and claims the game wasn’t official. They won’t receive the part of their bet because it wasn’t official. They earn the Duck’s name as Stephanie, the head of the Ducks team, decides to play fair and give them their reward. Bombay resurfaces the ice with a duck logo at the center. Bombay resurfaces the ice at the end of the show.

Where to stream The Mighty Ducks: Game Changers Season 2 Episode 1?