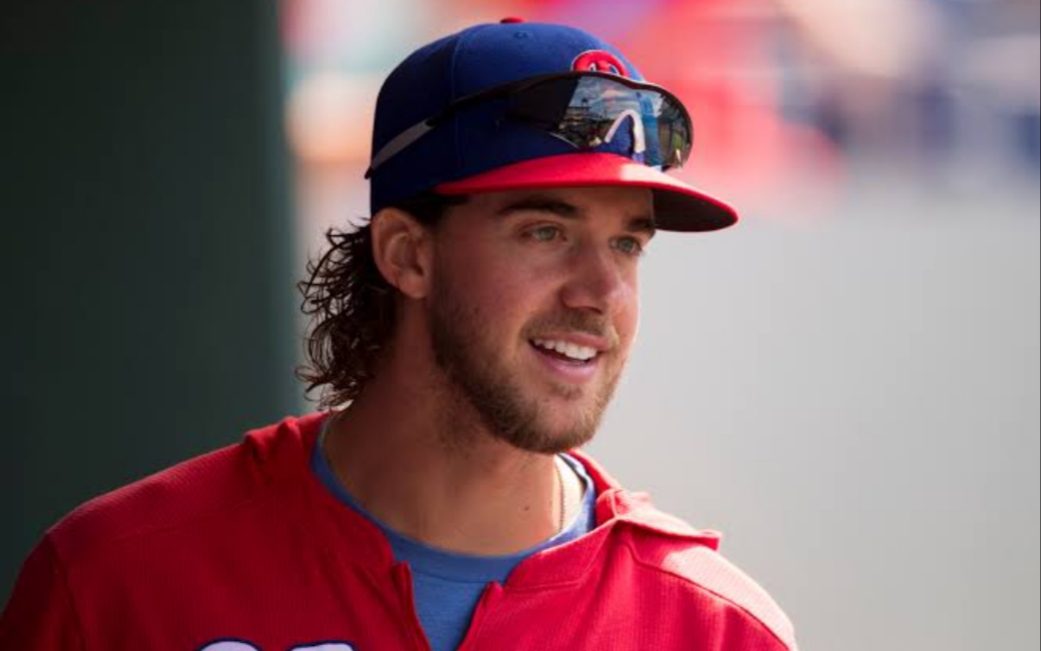 Here, we shall discuss who Aaron Nola’s Girlfriend is. What do we know about the baseball player’s love interest? Starting from the basics, Aaron Michael Nola is currently gaining prominence by playing for the Philadelphia Phillies of MLB. Talking more about his position, he plays as a pitcher. From a very young age, he has been passionate about this sport, and his family has supported him in pursuing it as his profession. Little did you know that Aaron Nola has also played baseball at his college. It was for the Louisiana State University and earned several titles, which we shall discuss shortly.

Knowing his versatility in baseball, fans are interested in learning what’s going on in Aaron Nola’s personal life. The baseball pitcher is happily in a romantic relationship with the love of his life. It’s been several years of their togetherness, and their bond is growing stronger with so much love. Also, Aaron is pretty much open about his relationship and often posts pictures on his social media. If you follow him, then you must have come across those pictures of him with a woman who appears to be quite close to him. Let’s dive into this article to learn about Aaron Nola’s Girlfriend.

Who Is Aaron Nola’s Girlfriend?

Talking about Aaron Nola’s Girlfriend, she appears to be a very beautiful girl, Hunter Jayde Harrington. If compared to Aaron, she is a non-celebrity, and thus nothing much about her is known. Also, the player has not disclosed much information about his romantic interest to the public. She maintains a low profile. Stalking her social media, Hunter seems to be a pet lover and owns a cute dog. 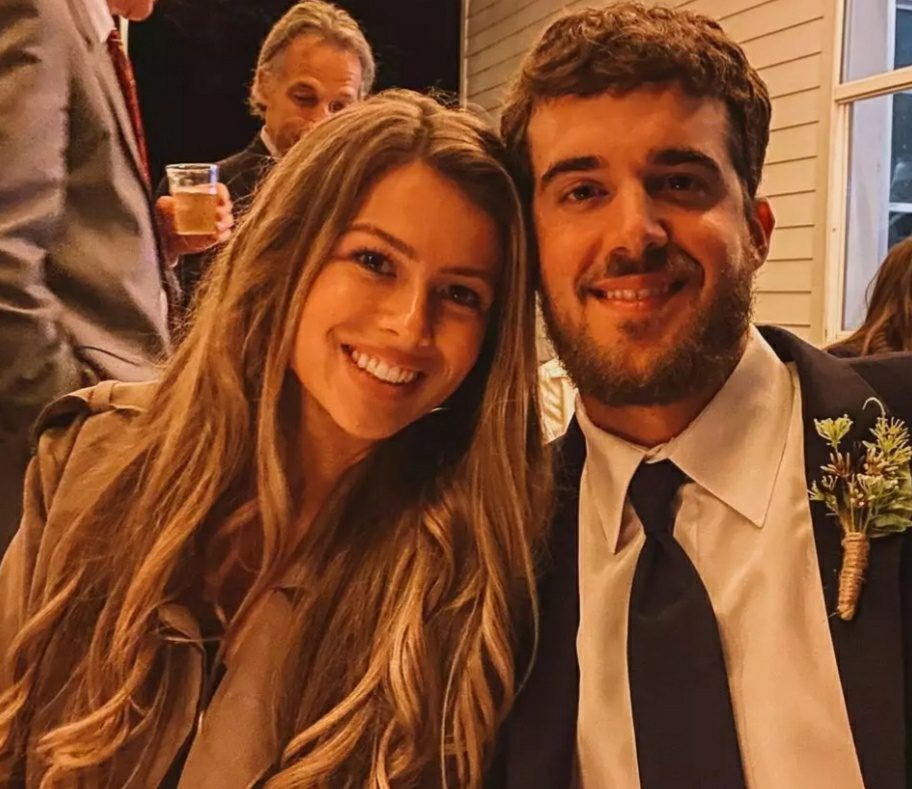 Coming back to their relationship, Aaron Nola and Hunter Jayde Harrington are reported to be high schoolmates. It was in 2019 when they started seeing each other romantically. These young love birds often travel and explore new places together. Clicking pictures is something that both of them love to do, and they enjoy making memories together. The baseball player isn’t afraid to showcase his feelings for his girlfriend when asked in the interviews. He has never failed to gush about Hunter, making people know about how happy and fortunate he feels to have her in his life.

It’s been quite a few years that Aaron and Hunter have been together, and they appear to be very much focused on their respective careers. It’s good to see that the lovers are working hard to get themselves established before settling down together in life. Indeed, they look adorable together. Neither of them has mentioned any of their future plans. So, we can’t expect anything about their next step but can enjoy their lovely pictures together.

Besides knowing the details of who Aaron Nola’s Girlfriend is, fans are interested to learn more about him. Born on 4 June 1993, Aaron Nola is now 29 years old. He was born in  Baton Rouge, Louisiana, United States. You may follow him on his Instagram account, having more than 73.2K followers as of now. 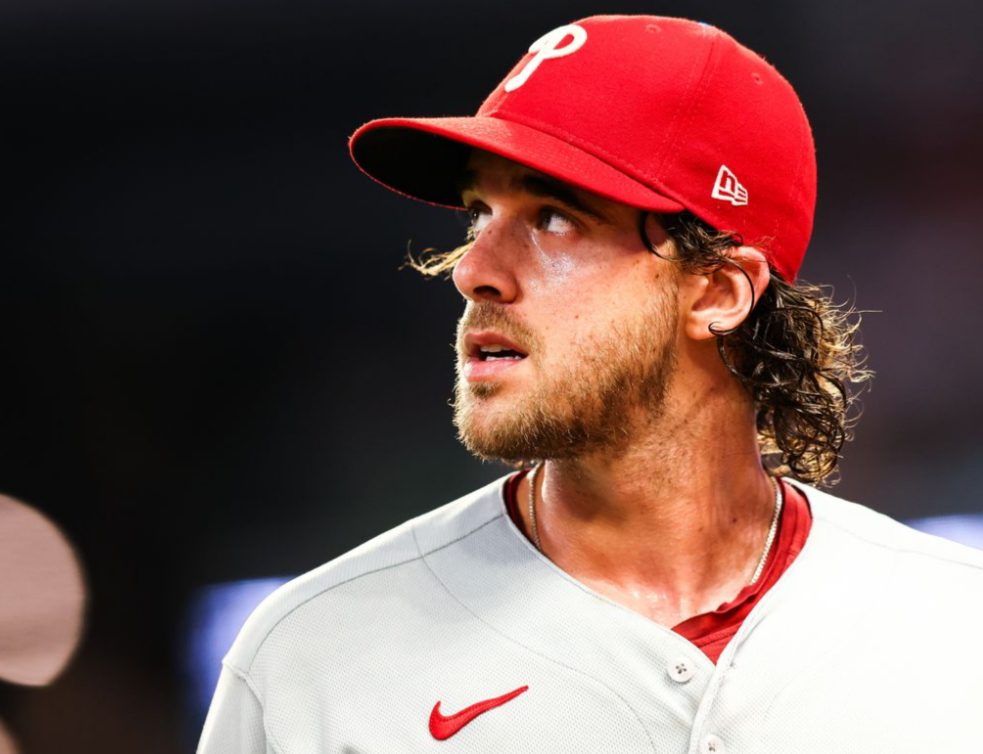 Moving on with his career, Aaron Nola has been playing for the Philadelphia Phillies since 2015. Playing for this team for so many years, he has a win-loss record of 71-54. Not to forget to mention that back in 2018, he made it to the All-Star. As mentioned earlier, he made quite a prominence in the college with his great baseball playing style and records. Aaron was named to the National Collegiate Baseball Writers Association (NCBWA).  Also, he made it to the title of  SEC Pitcher of the Year. During the 2012-2013 season, he won the Corbett Award for being the best amateur athlete in Louisiana.

Best Wishes to Aaron Nola for all of his upcoming matches. We are hoping for the win. Also, we hope that his relationship with Hunter stays like this forever.

Also Read: Who is Jaylon Ferguson’s Girlfriend? The Footballer’s Love Life Until His Demise