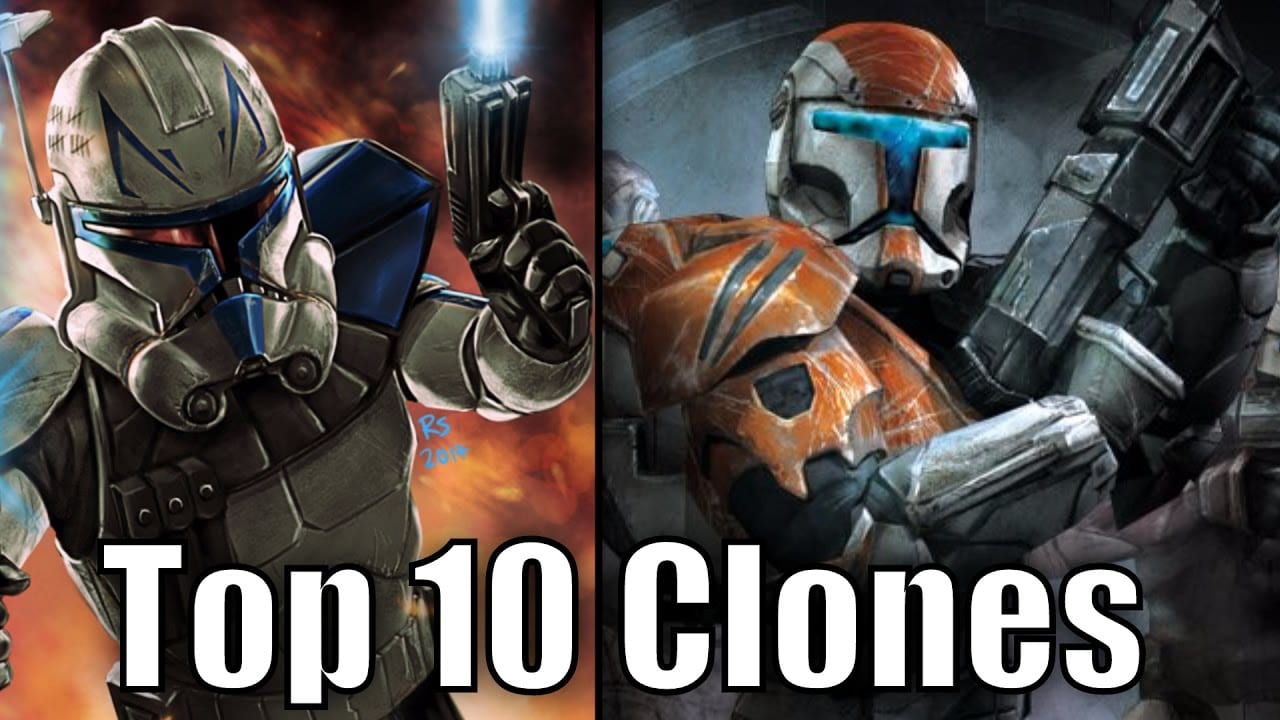 Star War Clone troopers have always been a delight to watch for anyone, and The soldiers were made into existence through the process of Kamino, as shown in the Attack of the Clones. The Star War troopers’ best thing is that they all have unique abilities and did not function like mindless droids. They are the kind of soldiers who give the army exceptional strength, and no opponent can ever know which Trooper has what ability. Later on in the story, After Order 66, all the clones were replaced by the empire, and they recruited Stormtroopers from all around the galaxy.

These troopers were amazing with unique abilities. Let’s look at The Best Star War Clone Troopers List, who made their appearance in The Clone Wars. Different stories of each clone troopers are amazing, and every one of them has proven themselves in the war zone. If you remember any of the other Clone troopers that deserve to be on the list, don’t forget to comment on your thoughts below. You can stream all the movies and series of star wars on Disney Plus Hotstar. 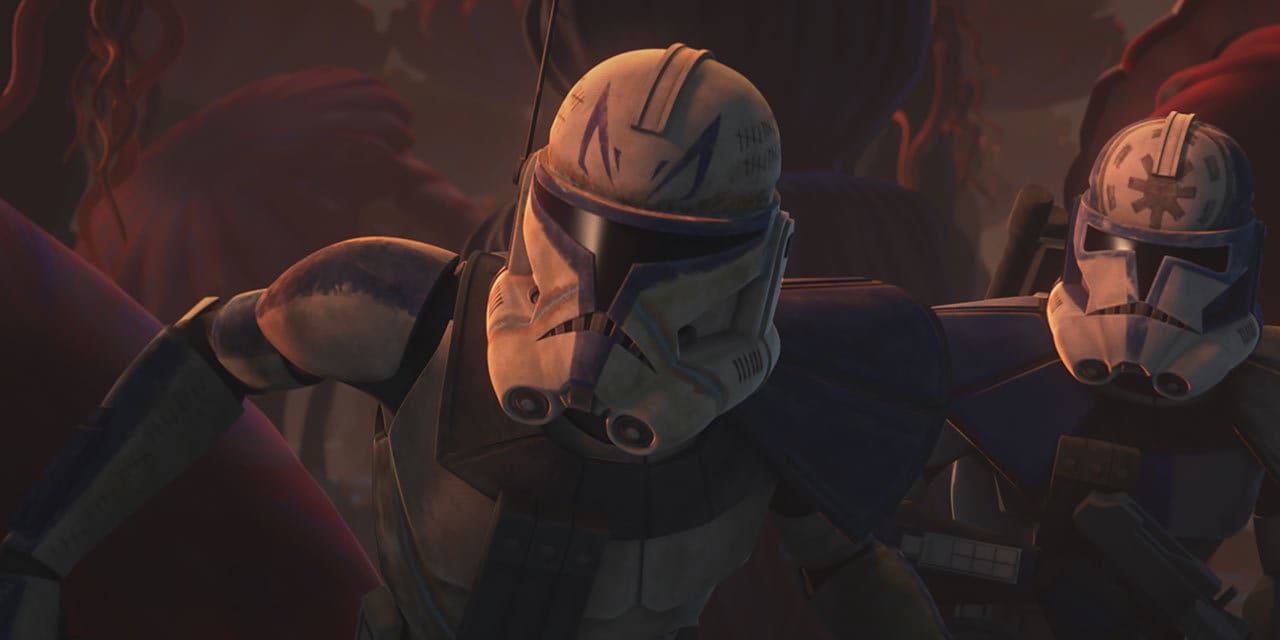 If you are a Star Wars fan, you might remember Rex. Amongst the clone troopers, Rex has often made an appearance on the battlefield and has proven to be a selfless soldier. He was a leader and was always loyal to his commanders. Often he was seen alongside Anakin Skywalker and Ahsoka. Rex is a bit of an exception than others as he has a different mentality. He believed in making his own decisions and neglected to be a programmed droid. Rex is on the top of the best star troopers list because of his decision making and sense of individuality rather than behaving like a programmed robot. 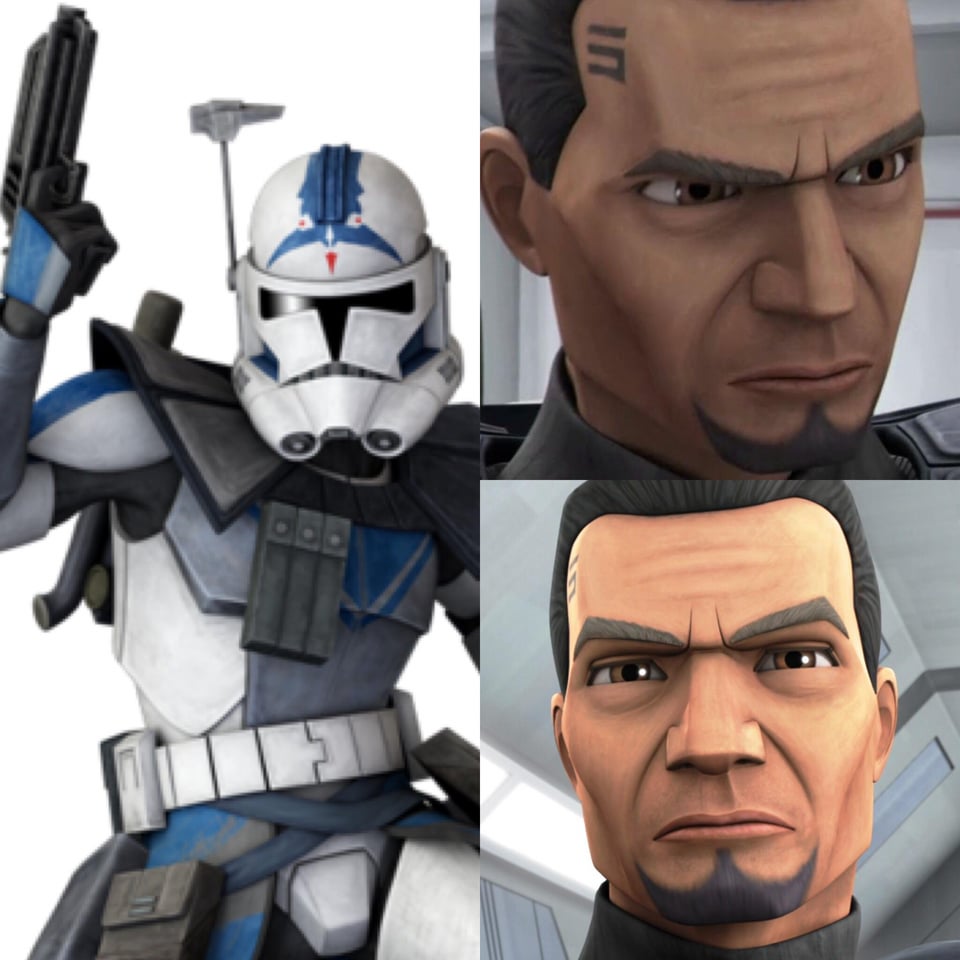 Fives has been seen throughout the Clone Wars. He made a drastic growth from being a rookie and later on ending up to be a member of 501st Legion to become an ARC trooper. Fives was amongst the few Clone troopers who never let his inmates down and was immensely determined and brave. Later on, he discovered the truth about Palpatine and Order 66 with incredible smartness. Fives deserves to be on The Best Star War Clone Troopers List as he was selfless and smart enough to outrun others in his specialty.

Echo was a comrade of fives and was often seen fighting shoulder to shoulder in the battles. He was a trooper who used to abide by the troopers’ rules and stood by the training he received from the Kamino. He was a great soldier and was believed to be killed in the episode while rescuing the Jedi Master Even Piell. But later on, Dave Filoni confirmed that He wasn’t dead yet. Further, he might show up in the upcoming shows too. 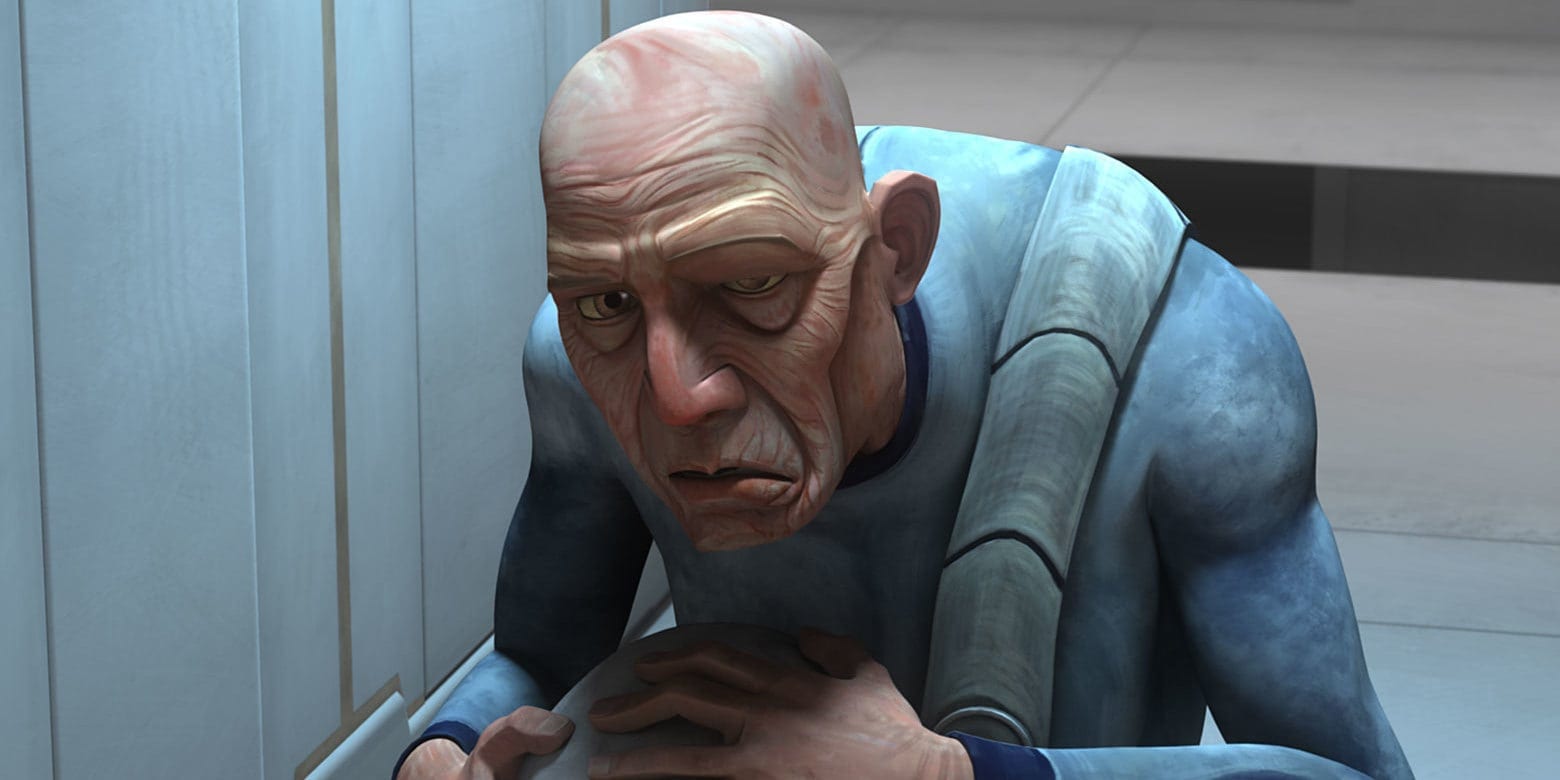 Amongst all other clone troopers, 99 has a different identity. He was an inspiring trooper. Even after having a physical deformity, he always motivated the cadets. 99 was not a clone trooper as he never left the Kamino where he was made, as his malfunctioned body was not suitable for the battlefield. He was a trooper with pride and was always kind to his comrades. He received a medal of graduation from another clone trooper commander Heavy, senior to 99 and an expert in advance ammunition battles. 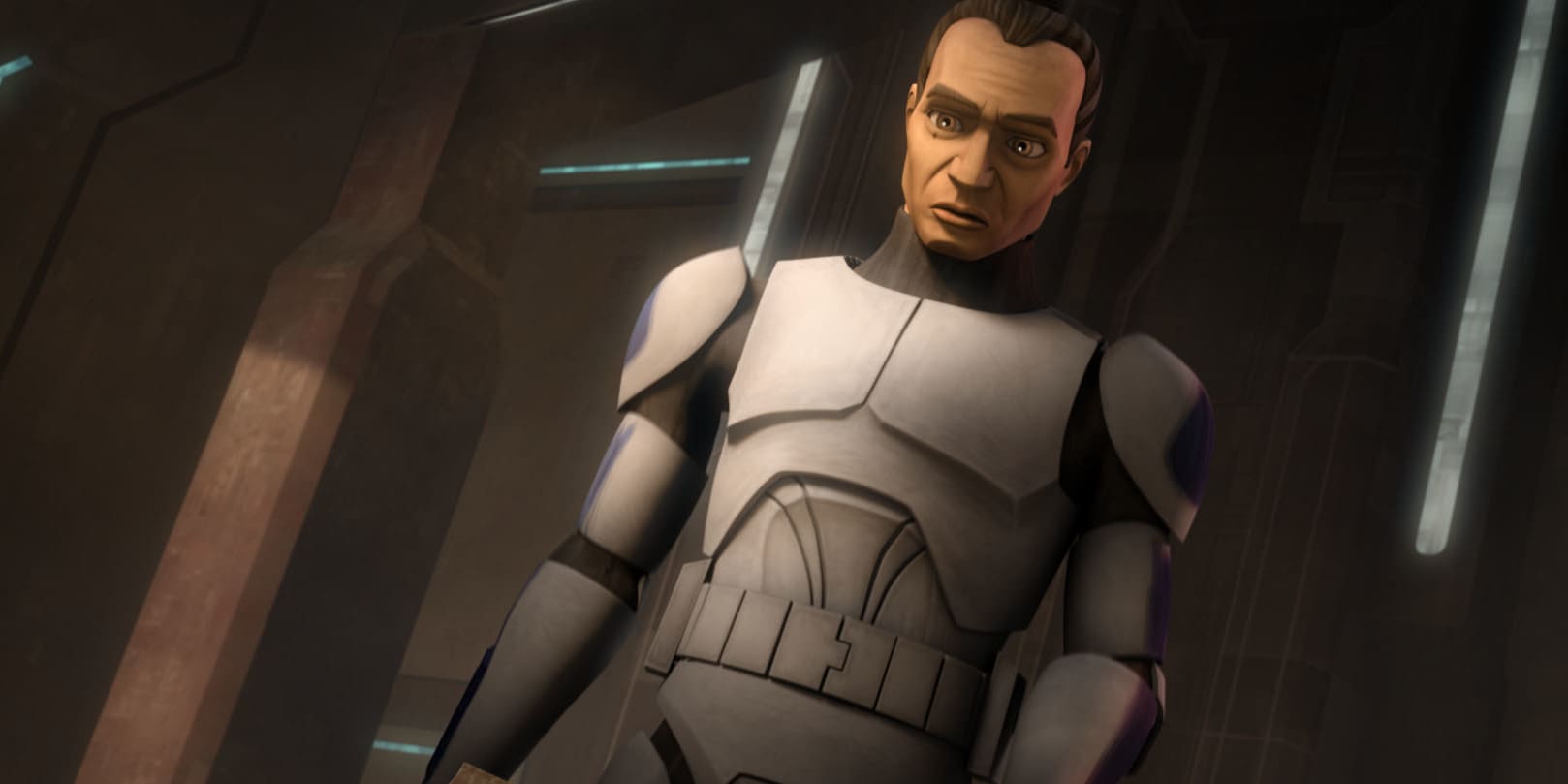 Tup was comparatively a new clone trooper. He developed senses soon, questioned Krell’s plan, and was utterly faithful to his commander instead of the Jedi Genera. Tup was a brave soldier who managed to capture Krell into a trap. Still, later on, he malfunctioned later on His deformity led him to execute a Jedi as his Palpatine’s programming was disrupted. The legendary trooper Tup surely deserves to be on The Best Star War Clone Troopers List. 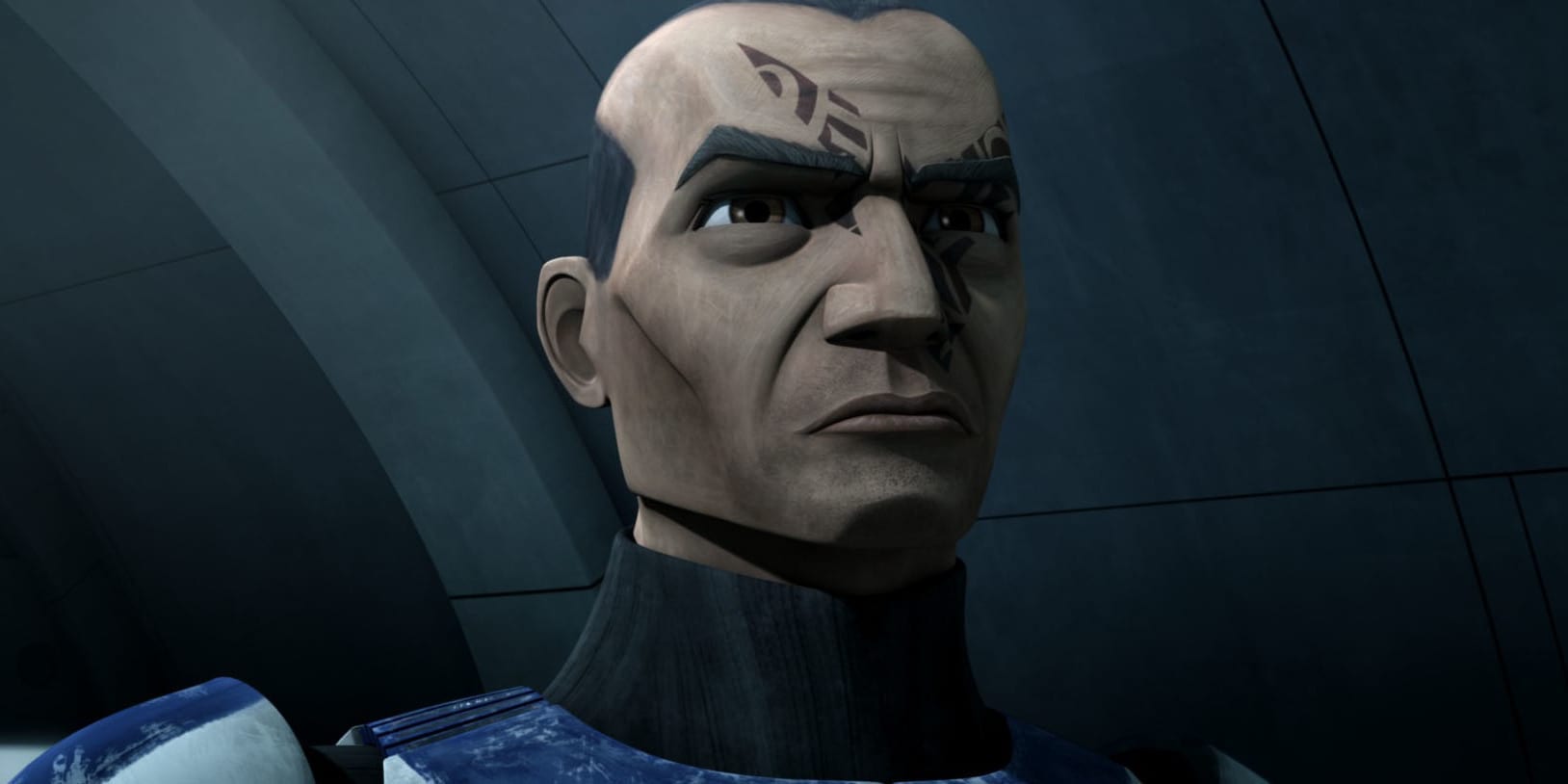 Dogma was amongst the most obedient soldier. He was comparatively a new clone and never questioned the authorities for anything and followed their instructions, which led him to slide along with Krell leaving the rest of the 501st legions. Later on, he ended up seeing the truth and killed Krell too. Dogma was a naive soldier and didn’t take his calls; instead, he relied on his seniors to take any action.

This name is called Heavy as he was a weapons master. He was a short-tempered soldier and a true warrior and laid his life to destroy Rishi’s station to protect the Republic; moreover, Heavy was a kind clone trooper, and few scenes show his kindness too. Heavy also gave Clone 99 his graduation medal. He was a senior trooper and was fierce on the battlefield. Heavy was a soldier who could go to any extent to complete the mission.

Watch the trailer of the Attack of the Clones. 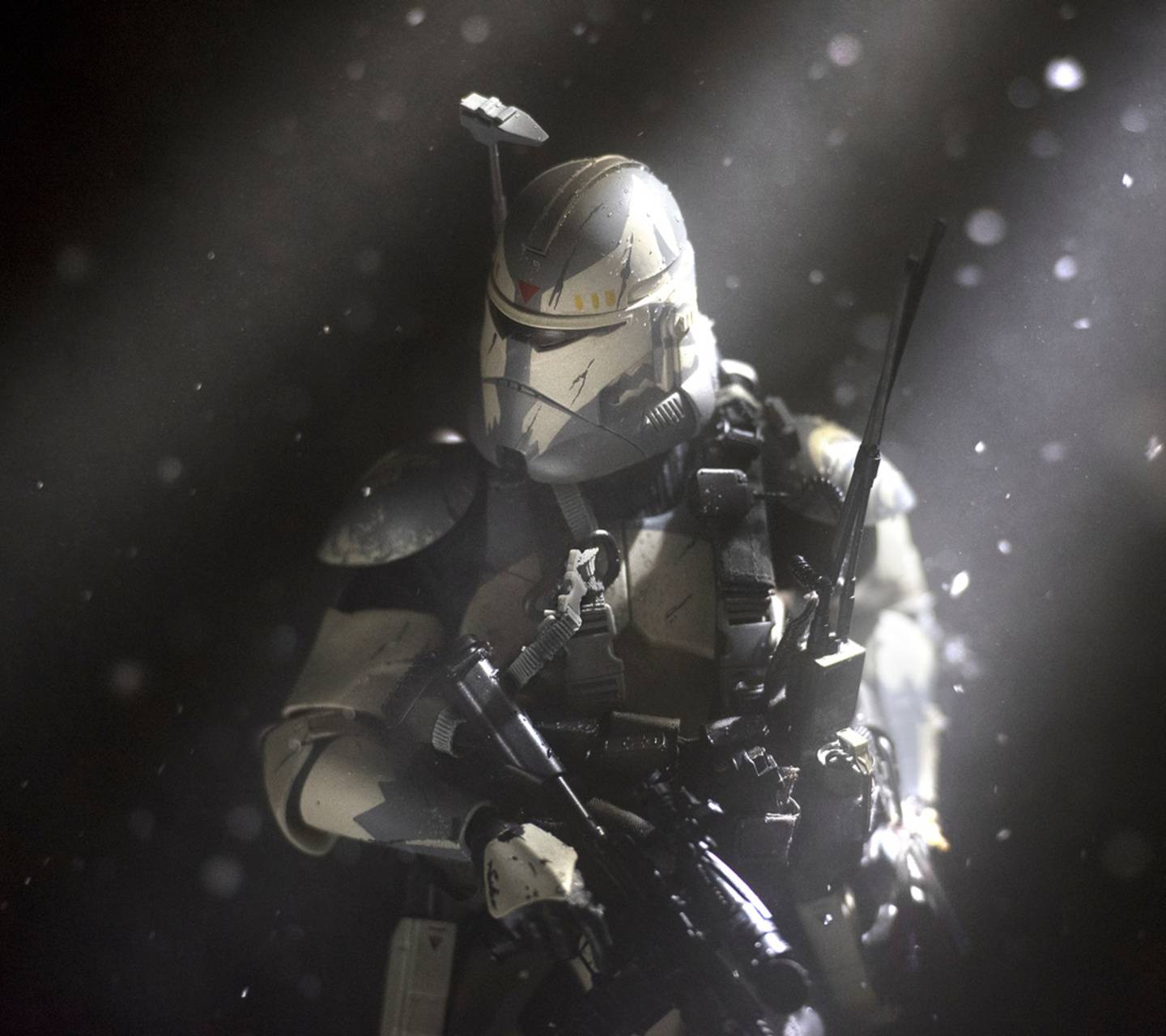 His name is called Wolffe, as he was the leader of the wolfpack squad. Wolffe served under the Jedi general Plo Koon. Later on in the storyline, he loses his squadron and his beloved friends. He also loses his right eye; after facing such calamity, he fights fearlessly and leads another squad. He was a determined soldier, and even hard times couldn’t make him desist from the war field. 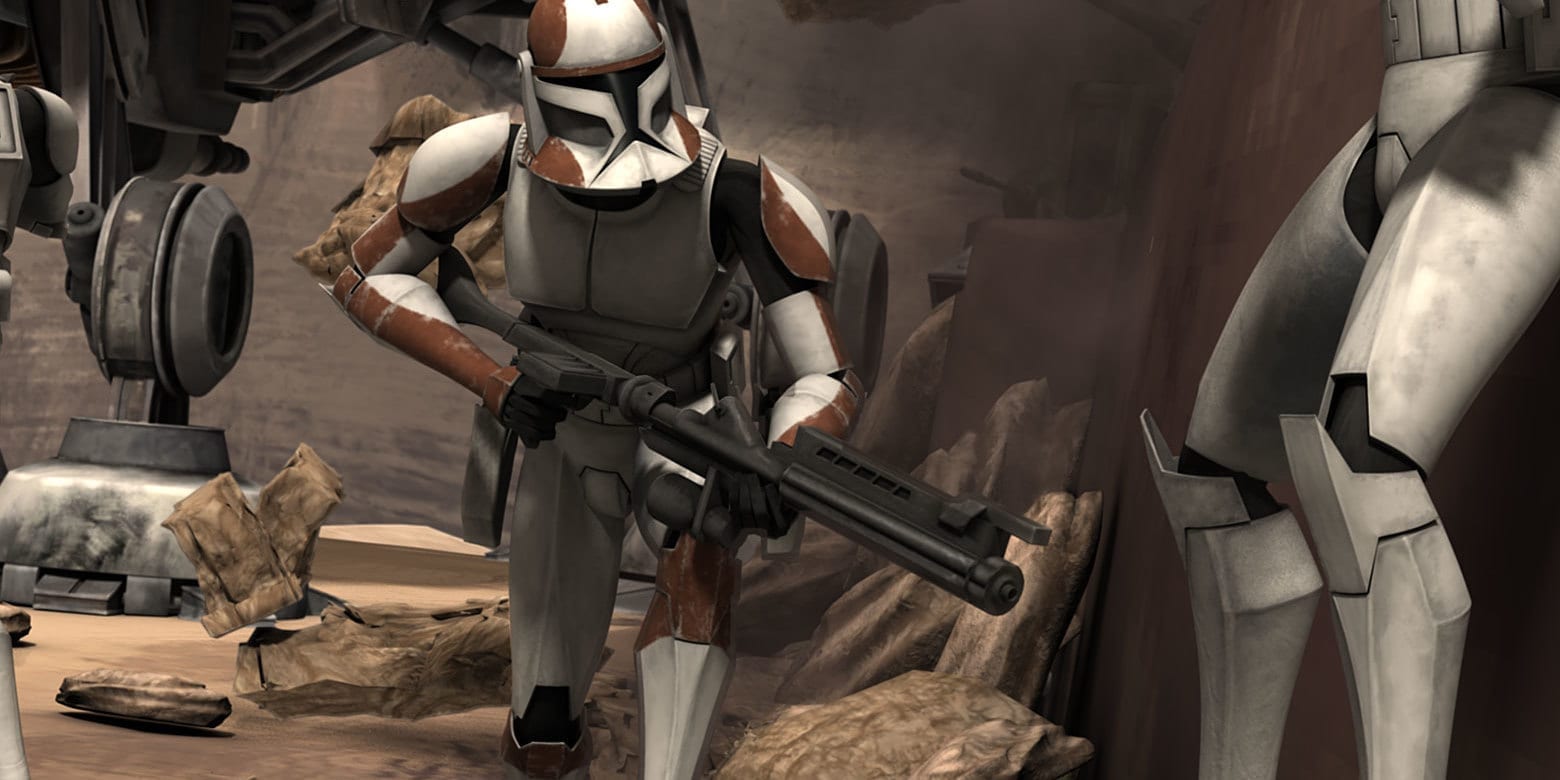 If you have watched the battle of Genesis, Commander Ponds might have stolen your attention too. He was a specialized warrior and led various squads, especially the commando unit, in genesis. He has a yellow hue over his suit, which depicted his position as a commander. The pond was a great military commander, and later on, in the storyline, he was killed by Aura Sing unexpectedly.

Commander Grey could easily be recognized with a grey helmet and was amongst the most elite troopers. He killed his Jedi general after Order 66 was implemented. His Jedi general was Depa Billaba; after the killing, he was remorseful and wanted redemption. Thus he went for the search for Padawan, who was the apprentice to his Jedi General. After he got hold of his Jedi’s apprentice Caleb Dume. Later on, he realized the corruption taking place in the Republic and died to make a safe escape for the young Padawan.

Read More  – Does Every Star Wars Movie Has A Wrong Title: What We Think?