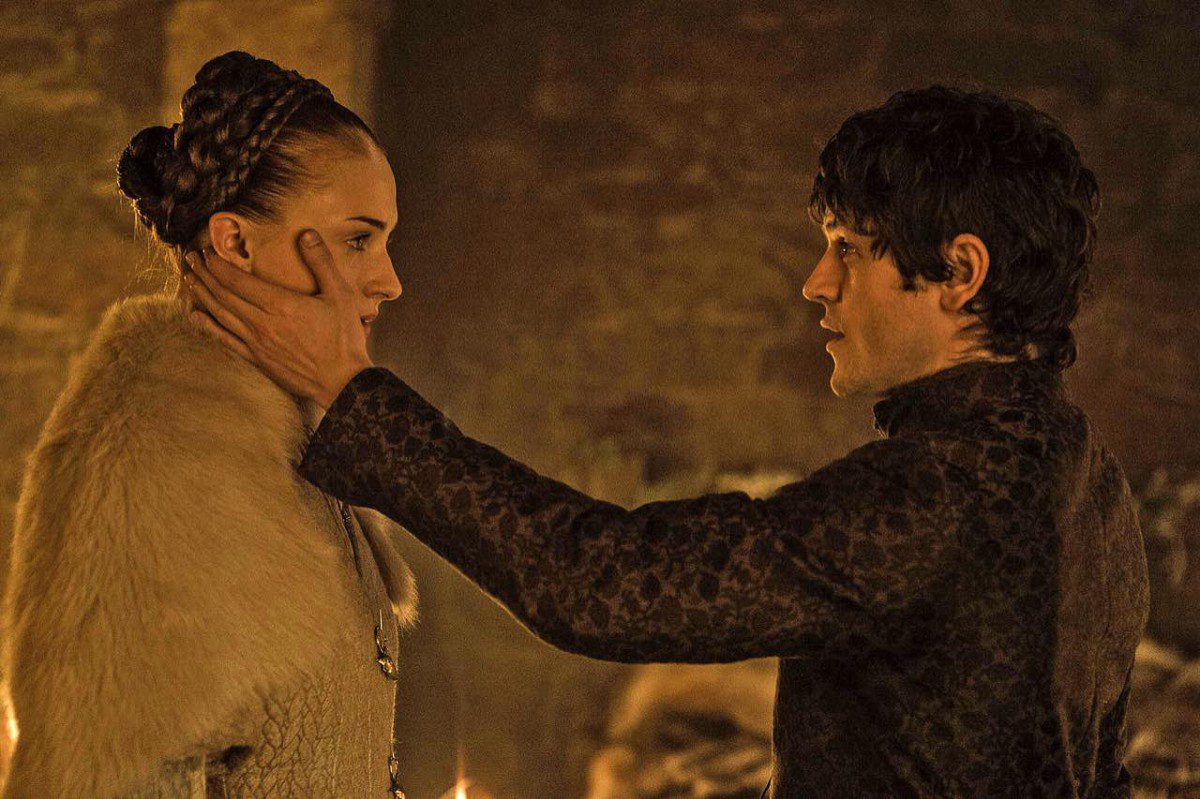 The Queen in the North married two times in her life till the end of the show and fans are wondering about how Sansa Stark ended up with Ramsay Bolton. Well, here we have shed light on that issue more. So as we know that Sansa always was a naive little beautiful girl who wished to become a Princess or maybe even queen one day. She was betrothed to Joffrey Baratheon, the heir to the Iron Throne.

But well, after her brother, Robb Stark, declared war on King’s Landing and raised his banners to fight against the Lannisters and the King himself, she was declared the traitor’s sister. Because of this, and the fact that her honest, loyal father died as a traitor as well, the small council of the King deemed Sansa unfit to become a Queen. She also did not benefit the Crown in any way. Instead, the council decides to marry Joffrey to Lady Margary Tyrell who shall be wealth and grain to the Crown.

Later, we see that Robb Stark along with the Northmen and their mother Caitlynn Stark is killed at the Red Wedding, Sansa is now the key to the North. She is directly in line as an heir to the North and the Wall. It is obvious that the Northmen will never listen to anyone The Crown chooses as the Warden unless and until it is a Stark. In order to keep the House Stark connected to the Lannisters, the Crown decides to marry Sansa to Tyrion Lannister instead. A still of Sansa Stark and Ramsay Bolton from GOT

How Did Sansa Escape From King’s Landing?

After their wedding is done, Joffrey has his wedding to Margaery Tyrell. Although, the King does after being poisoned. This was a perfect chance to escape for Sansa and she flees from King’s Landing with a little help from Lord Petyr Baelish. He safely transports her to the Eyrie where her aunt, Lady Lysa of the Vale lives. She invites them over and is happy to cater to Sansa. It is revealed that Lord Petyr tends to marry Lady Lysa.

Although, in a grand turn of events, it is revealed that he always loved Caitlynn Stark. As for Lysa, she always loved Lord Petyr. Given the fact that Sansa inherited her mother’s beauty, Lord Petyr kisses her. Lysa catches this kiss and summons Sansa to her throne room. She opens the Moon Door threatening to kill Sansa for kissing her husband. Before she could anything, Lord Petyr throws Lady Lysa out the door and saves Sansa. When the council interferes, Sansa reveals her true identity but agrees to the false story that Petyr brewed about Lysa killing herself.

How Did Sansa Stark End Up With Ramsay Bolton in GOT?

While she is living happily at the Vale, Lord Petyr arranges for her to marry Ramsay Bolton, the bastard son of Roose Bolton, a bannerman to the Starks. Sansa does not want to marry him given the fact their house killed her brother. But Lord Petyr Baelish convinced Sansa that a marriage between them both will give Sansa a chance to take control over the North and avenge her family’s death. Well, this is how Sansa Stark ends up with Ramsay Bolton in Game of Thrones.

The two wed in the god’s wood. The same night, Ramsay rates her and reveals his true sadistic nature. He keeps her locked inside her bed chambers and comes back every night to beat and torture her. She also meets with Theon Greyjoy who has been tortured by Ramsay so much that he has now assumed the identity of Reek, his servant.

When Sansa tries to convince him to help her from this situation, he instead tells Ramsay who starts to further torture her and make her life a living hell. Well, by the end of season 6, we see Sansa and Theon escape from Winterfell. As Thein decides to go to the Iron Islands to be with his sister Yara Greyjoy, Sansa goes further North to the Wall to meet with her half-brother Jon Snow.

Also read: Most Shocking Game Of Thrones Deaths That We Didn’t Expect