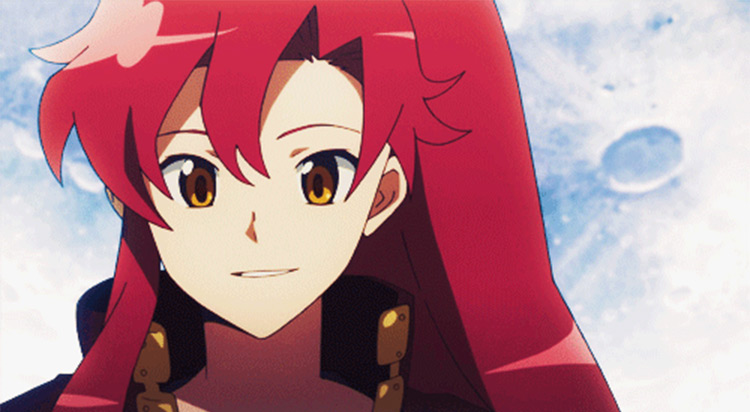 Even though the hair colors among the characters are purely for aesthetic purposes, they often play a vital role in showcasing a character’s personality. Oftentimes, you can tell what sort of personality a character has by looking at their hair; for example, white hair would mean calm and wise, or pink hair would mean psycho. In anime, redheads are mostly confident, strong, and passionate.

Red is the color of fire that is raw and untamed. It is a very sensual color that makes the characters look attractive and tempting and that goes for both males and females. Red-haired anime characters are fan favorites over the years, and they often stand out the most. Here’s a list of the 10 most popular anime characters with red hair. 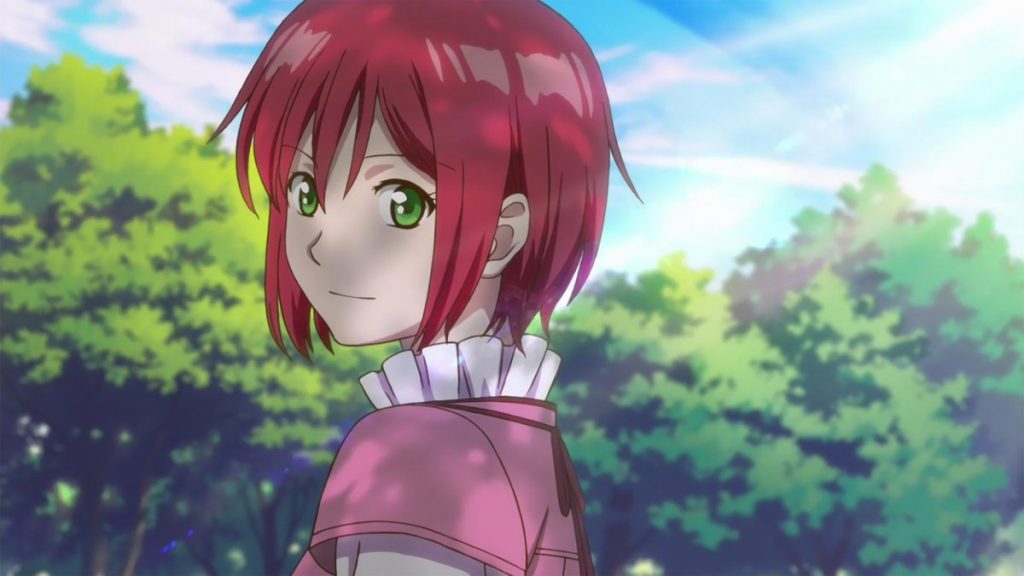 The series Snow White with Red Hair portrays the story of a young girl Shirayuki. She is a friendly and compassionate herbalist who always cares about her patients. She has apple-red hair that often gets her in trouble so she cuts it and ran to a neighboring kingdom for her freedom. The first prince of the kingdom wanted her to be his concubine just because of her unique hair, so she left behind her cut hair for him. This act shows her confident and wild personality. 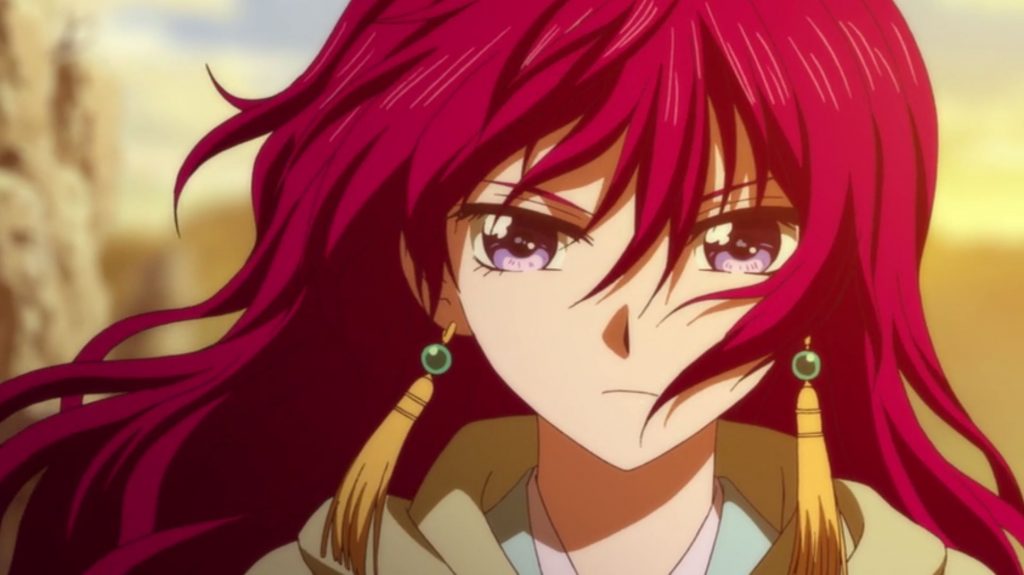 The series Yona of the Dawn starts with the life of a pampered princess Yona. Her crimson hair and beauty were well known in the kingdom. However, on the night of her 16th birthday, she lost everything when her father, the king, and Yona’s only family was murdered by Su-won, the person she loved. Her bodyguard Hak saved her life when Su-won ordered her guards to kill her too.

Devastated by her father’s death and Su-won’s betrayal, she fled the palace with Hak. Now she must take up weapons to survive and find a purpose in life. Yona is a strong character who perseveres through all difficulties with the help of those around her and embarks on a journey to save her kingdom from the shadows. She turns into a fiery blaze that cannot be stopped by anyone. 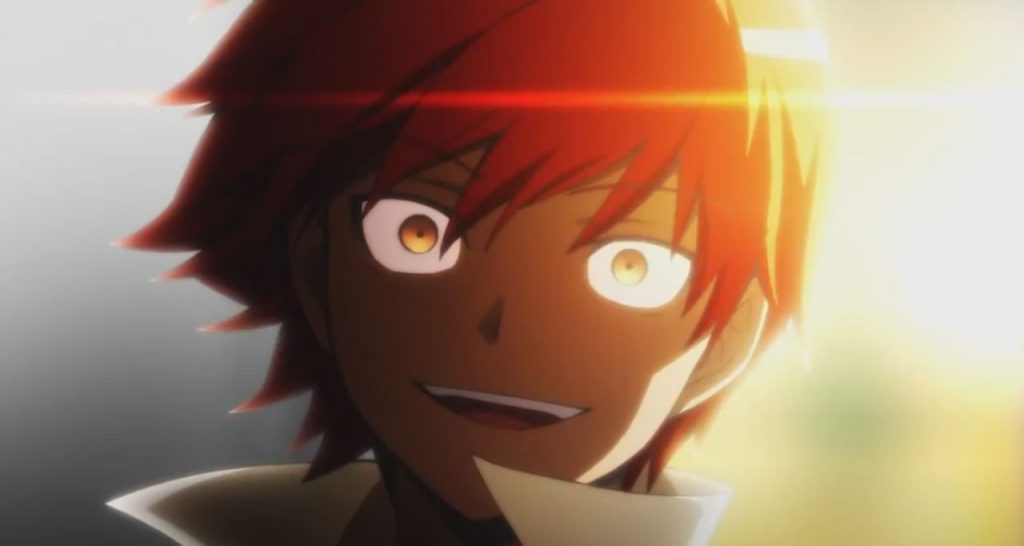 Karma is one of the main characters in the series Assassination Classroom. He is a somewhat sadistic person with a high temper and is well-known for his violent behavior. However, despite that, he is the most intelligent in his class and is especially talented in Mathematics. He cares about his classmates and Koro-sensei, though he never shows that. Karma often does what he wants and no one can control him. His blazing red hair perfectly matches his character. Karma’s untamable personality and fiery temper resemble that of a fire that can never go out. 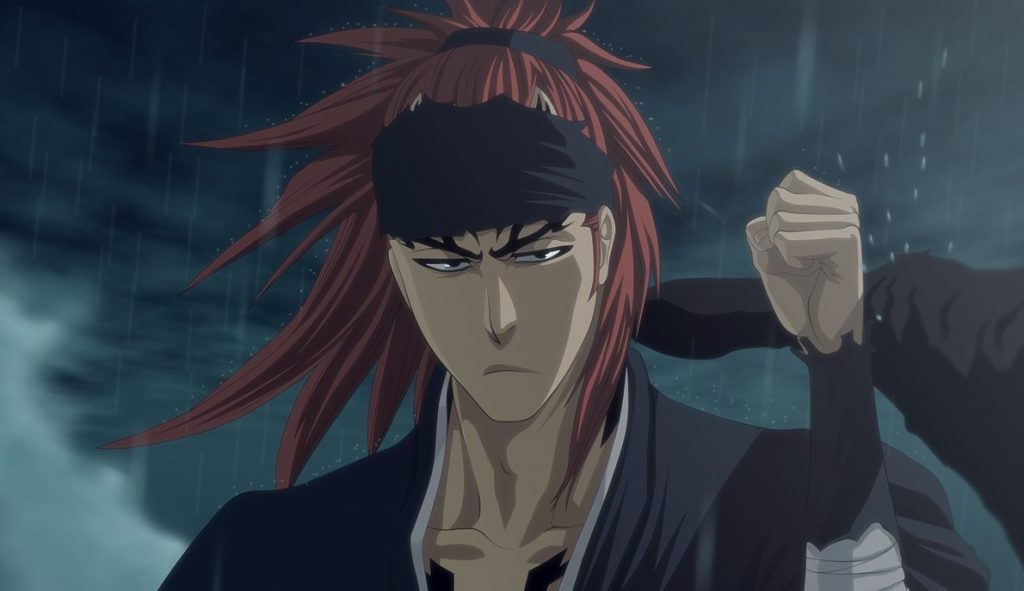 The fact that Renji is the lieutenant of the 6th division under Captain Byakuya Kuchiki justifies that he is a very talented soul reaper. Renji is a carefree and smug person who couldn’t accept his major defeat from Ichigo. His goal is to surpass his Captain whom he admires very much. He is a very dynamic person who has tattoos on most parts of his body. His long crimson hair compliments his eccentric personality and how he displays resilience in battle. 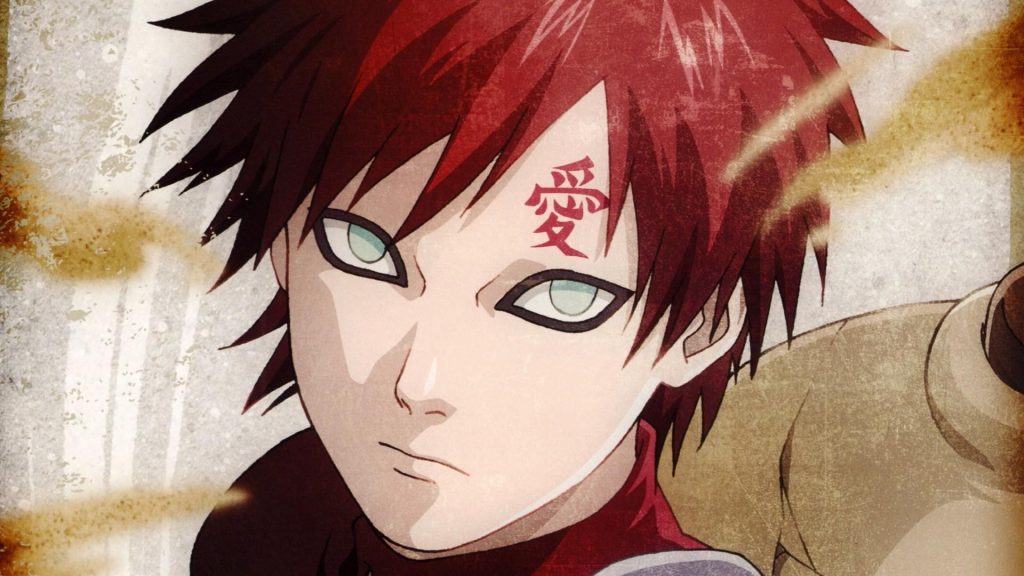 Gaara is the only character in this list that had a major personality change in the series and the interesting thing is that his red hair perfectly complements both his behavior. In the beginning, Gaara is a hot-tempered boy who is ready to attack anyone who annoys him. He brutally attacked Rock Lee and almost crippled him during the Chunin exams. But despite his violent temper, he is actually a broken person who was raised without any love. Naruto felt empathy for him as he thought Gaara was also like him.

Naruto and Gaara got into an immense battle where Gaara lost the fight for the first time in his life. After this experience, he changed his perspective about life and worked his way to become the leader of his village. His resilient personality and his passion for protecting his village perfectly sit well with his red hair. 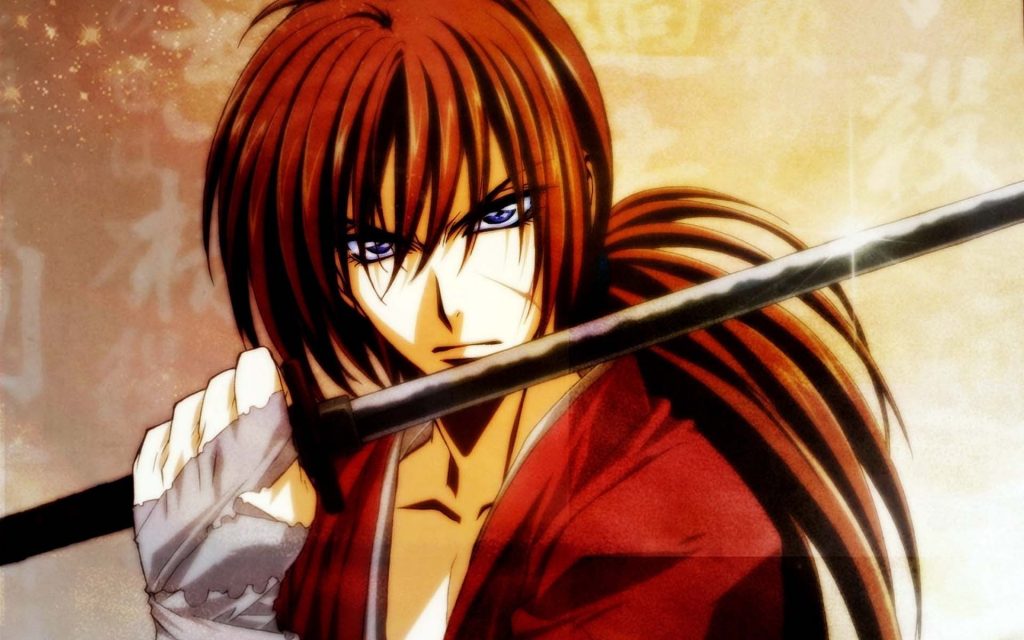 Kenshin is a legendary swordsman who was feared as a manslayer. He has slain hundreds of people with his sword. Even ten years after he made a vow to himself to never kill someone again, his reputation as the most popular sword fighter still lives on. His personality with and without the sword are miles apart.

When he is fighting, he is a wild and crazy swordsman who wouldn’t stop until he puts his enemies to the ground. But normally he is a calm and sweet person who always helps others. Interestingly enough, his blazing long red hair compliments both his personality quite well. 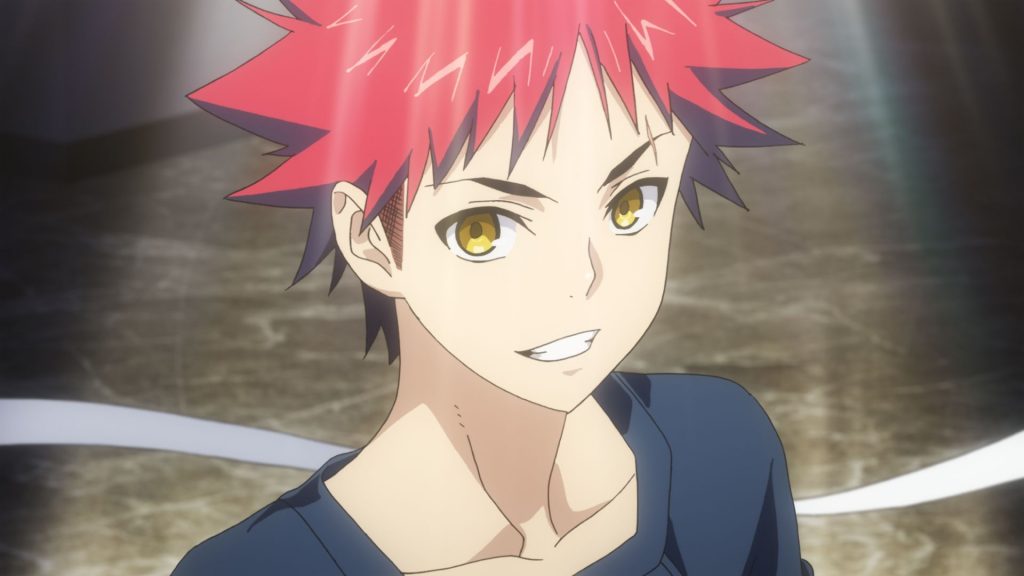 If we have just one word to describe Soma, it would be cocky. He is without a doubt, an over-confident student who joined the world’s best cooking school believing he knows everything about cooking. But soon, he realizes how wrong he is. He is a very energetic person who has a stern determination to be the best. His unyielding personality is quite fitting for his red hair. 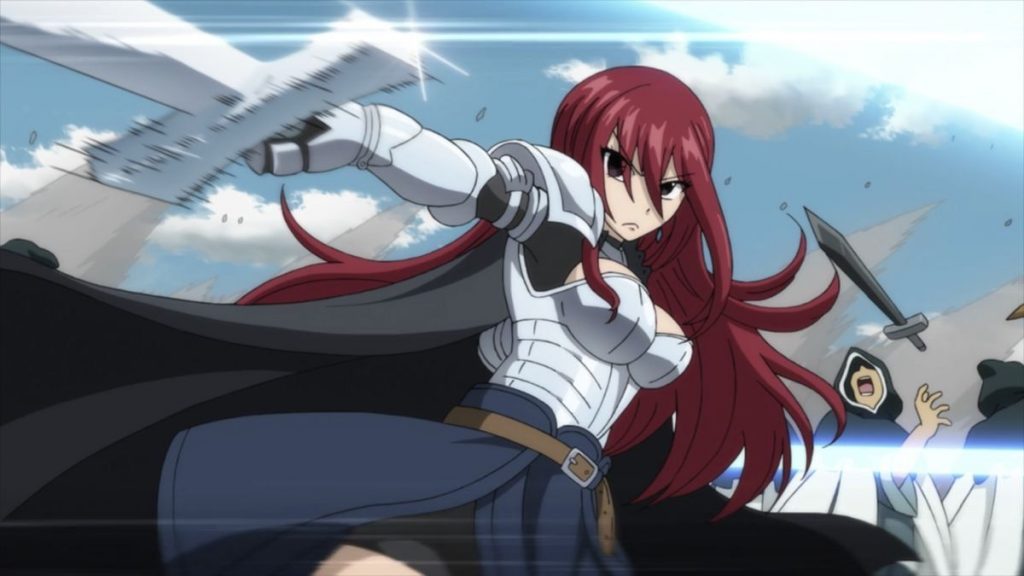 Like her name, Erza has scarlet red hair and she is the most powerful female wizard in her guild Fairy Tail. She even earned the nickname “Tatania- queen of the fairies”. She is a very strict person who wants her guild members to behave accordingly and not ruin the guild’s name. All the members of her guild are afraid of her and they try not to invoke her wrath. She is a kind person with an ever-burning passion to fight for the right thing. She fights elegantly and reveals her fiery personality in battle. 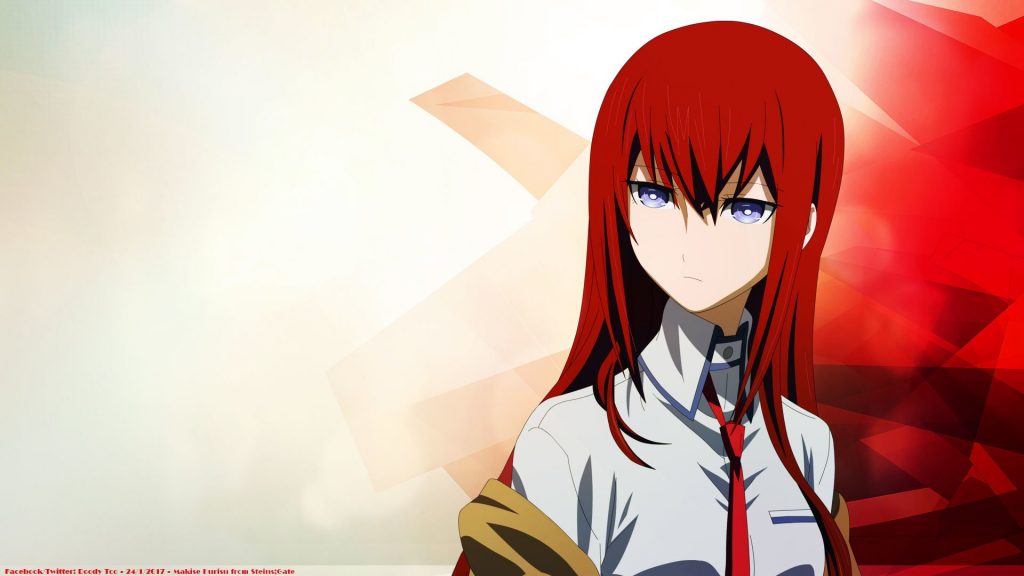 She displays herself as a mature and sensible woman, however, she is easily irritated and is prone to sarcasm. She can also be timid sometimes and jealous too, honestly, her personality is quite varying and that’s what makes her unique. Kurisu’s hair is a mix of red and brown that perfectly describes her unique personality. 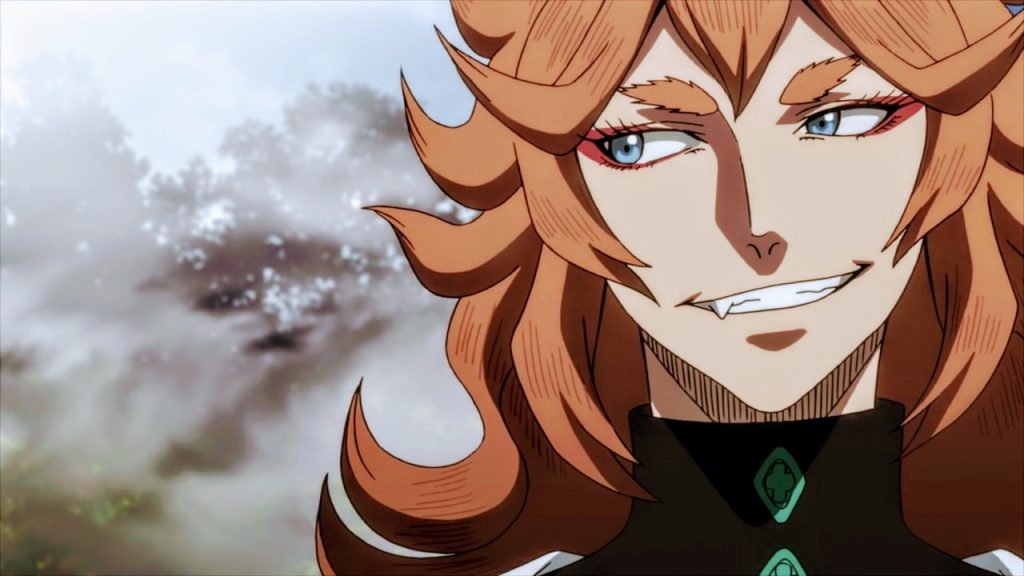 Who would be better than Mereoleona Vermillion to describe as a hot-tempered redhead? She is a feisty lioness who is the embodiment of strength and passion. She is a strong magic knight with a lust for battle and can pulverize even her strongest opponents. Her never-ending drive to be stronger motivates those around her and they too try their best to become better magic knights. Her red hair compliments her personality as it is the color of fire, just like her magic powers.