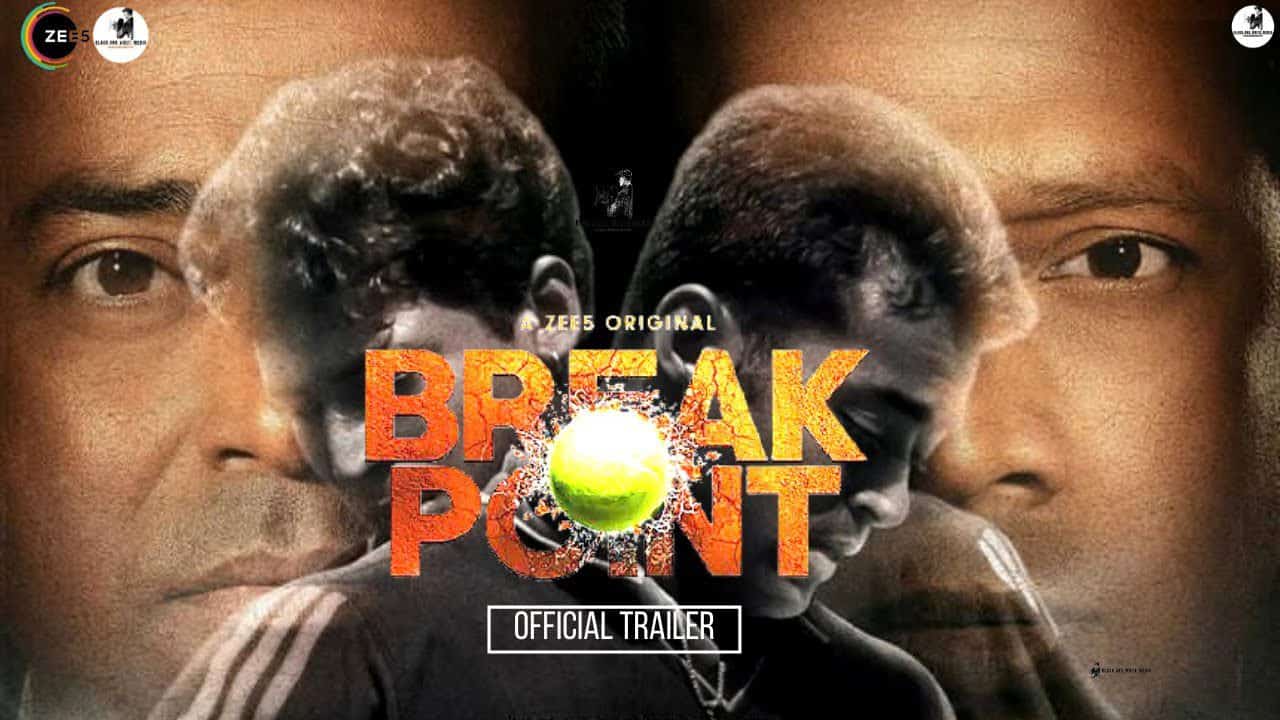 With the series already making a huge noise in the Indian web series department, fans are curious to know how to watch BreakPoint. Nitesh Tiwari, as well as Ashwiny Iyer Tiwari, have directed this drama series for Earthsky Pictures. This is one of the most influential sports drama series in the country right now, with the focus being laid entirely on tennis. We see the lead icons of the show as Mahesh Bhupathi and Leander Paes. The episodes focused on their lives and how they found success through their sports and dedication.

Mahesh Bhupathi was termed the doubles world No. 1 tennis player. He was the first Indian citizen to ever win a major tournament. As soon as his career started growing within the sports, his name was coined among the major 8 elite tennis players who have been granted the career Grand Slam in mixed doubles tournaments. Mahesh started the International Premier Tennis League. Recently, we have seen him taking over the duties from Anand Amritraj and becoming the Davis Cup Captain back in February of 2017. A

As for Leander Paes, he happens to be a former professional tennis player for India. The man is regarded as one of the best tennis players who has ever lived, and honestly, this is a big honor to have. During the Davis Cup, Leander Paes had the record for the most doubles wins. During the Grand Slams, Leander managed to win eight men’s doubles as well as ten mixed doubles in Grand Slam titles. Later in 1999, Paes won the rare men’s mixed doubles at the Wimbledon Championships. Leander Paes at his Tennis Game

Break Point Series – About The Players

As for the series, we see it focusing on the hard work and belief system of these two players while they were still not retired. The former Indian tennis players had always shared a bond of brotherhood and partnership, which is highlighted in this mini-series. The players do their own roles in the show and come in front of the camera to describe what their past looked like and how they managed to shape it in a new direction.

We see interviews from both players as Nitesh Tiwari asks them the same questions but separately. This footage was used in the documentary to enlighten us about the personal experience of the players. There are various segments in the episodes where we see the interviews of other Indian tennis players as well while they talk about Paes and Bhupathi in general and their relationship with the sport. There is archive footage used as well from the media, which has never been seen before. &As there were ups in the careers of both these equally talented men, there were downs too.

Tiwari showcased the headlines from various media publications at the time and how the fans used to react to the games soon after. Both the players have their families involved in the series with them interviewing. It was a great back look into how the family was feeling while the men were off playing sports for their country. In some parts, we even have Sania Mirza as well as Amitabh Bachchan in the show where they are interviewed regarding the sport.

Break Point was released on ZEE 5 streaming service for Indian fans to watch. The platform is available in India for just 99 Rupees a month. You can always take a premium subscription plan that also lasts annually for 999 Rupees. During special holidays in the country, the offer is sometimes revised to 699 for a year which makes it just 58 Rupees for a month.