My Policeman: When Is This ‌Harry Styles Starred Film Releasing? Cr: Otakukart

We like to keep tabs on all sorts of news, but more than that, we like to be updated with all the drama relating to our favorite famous personalities. If you just woke up and haven’t been on Twitter yet, here’s a little update for you on Harry Styles. On 5th September, “Don’t Worry Darling”, one of the most-anticipated films of 2022, premiered at the 79th Venice International Film Festival. Harry Styles, Florence Pugh, Olivia Wilde, Gemma Chan, Nick Kroll, and Chris Pine attended the event, and they might have accidentally or perhaps intentionally ignited another round of controversies.

The cast looked dazzling on the red carpet, but instead of the cast and movie, fans have been more eager to learn about whether Harry really spat on Chris Pine or not and why Florence didn’t maintain eye contact with Olivia. Also, did we see Harry kissing his co-star Nick Kroll? The event was all over the place; it was chaotic and happening just as we liked it.

Harry Styles, the English singer-songwriter, made his acting debut in Christopher Nolan’s 2017 film Dunkirk. This year, there are two more movies set to release starring the phenomenal As It Was singer. One of them is Don’t Worry Darling, a psychological thriller film directed by Olivia Wilde, and the other is My Policeman, a romance drama. The famous British singer surely has a busy year ahead thanks to his music and acting career.

Harry is currently busy with his Love On Tour, which is his second concert tour by him. The tour is in support of his second studio album titled Fine Line and his third studio album, Harry’s House. Fine Line was released in 2019 before the pandemic hit the world, and Harry’s House was released earlier this year. While his film, Don’t Worry Darling, is hitting the big screens on 23rd September 2022, there’s still time for My Policeman.

My Policeman has been among the most anticipated movies since the news about the movie was revealed. It’s a romance drama film directed by Michael Grandage. The cast of My Policeman includes Harry Styles, Emma Corins, Gina McKee, Linus Roache, David Dawson, and Rupert Everett. The movie is said to be an hour and fifty-three minutes long. My Policeman is based on a romance novel written by Bethan Roberts. The book was first published on 4th August 2012 and is set in Brighton, East Sussex, England, in the 1950s.

My Policeman, like in the book, is set in the 1950s in Brighton. Tom, a gay policeman, marries Marion, a school teacher, while being in a relationship with Patrick, a museum curator. They manage to hide this secret until the growing jealousy threatens to ruin them all. Years later, they get one last chance to repair what they did as they reunite. Harry Styles will be seen in the lead role, playing Tom Burgess. Emma Corrin will be playing Marion Taylor, and Patrick Hazlewood will be played by David Dawson. The romance between both the male actors is something that all the fans are looking forward to more than the love triangle itself. 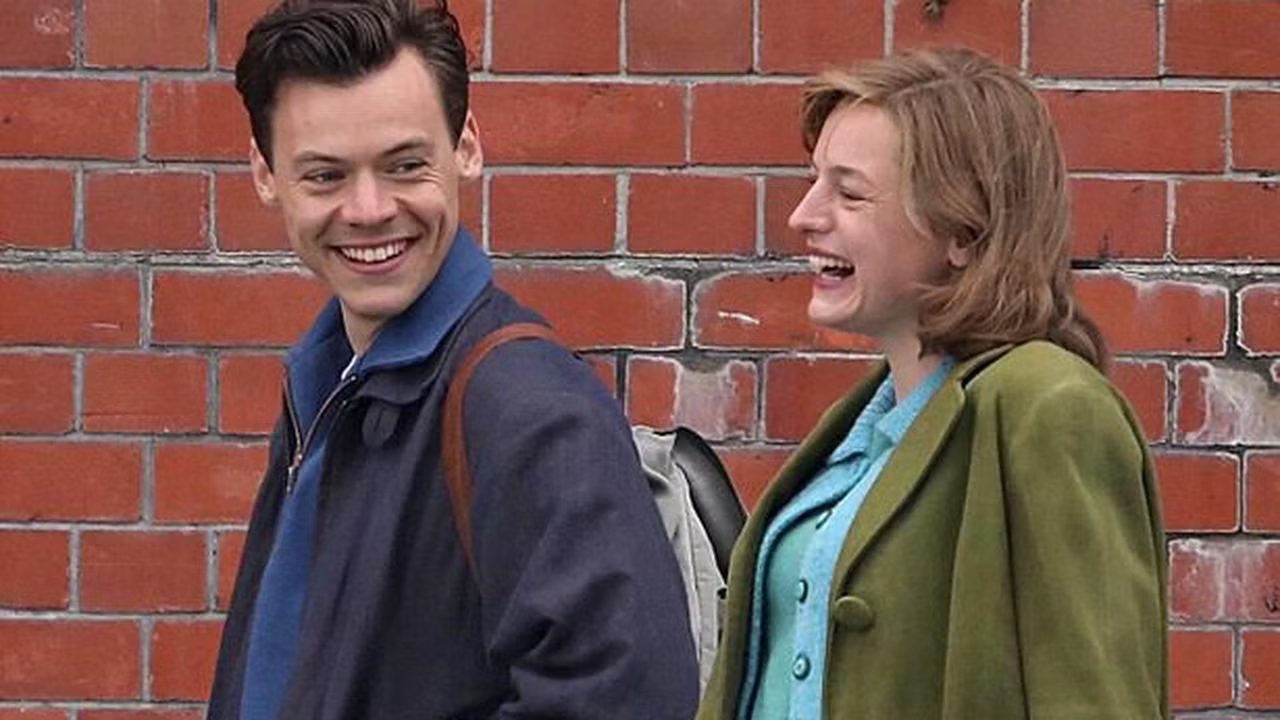 It seems that the film is scheduled to premiere this year at the 2022 Toronto International Film festival. It will have a limited release in the USA on 21st October 2022. Soon after that, My Policeman will be available for streaming on Amazon Prime Video, starting from 4th November 2022. Harry Styles: His Thoughts On Acting

Harry recently released his third album titled Harry’s House, which became an instant hit, and it’s certainly a sign that the singer won’t be quitting singing anytime soon, even if he gets more film offers. Although the British pop star has now been a part of three movies, he still thinks of himself as a newbie in the acting world.

In a recent interview, the Grammy winner said that he is proud to be part of the romantic period drama film My Policeman. He also believes that the film is more than just about two gay men in an illicit affair. It’s about the journey that everyone goes through, discovering one’s sexuality and getting comfortable with it. He even added that the movie is not a gay story about these two guys being gay; it’s about love and wasted time, at least for him.

Whatever the film is about, it’s certain that the “Harries” will be going insane, and they will be uncontrollable once the film hits the big screens later this year. We will be ready with our snacks to watch the film when it premieres because we don’t want to miss out on our chance to witness Harry Styles in a gay film.

Also Read: Meaning Behind ‘Sign of The Times’: The New Harry Styles Song