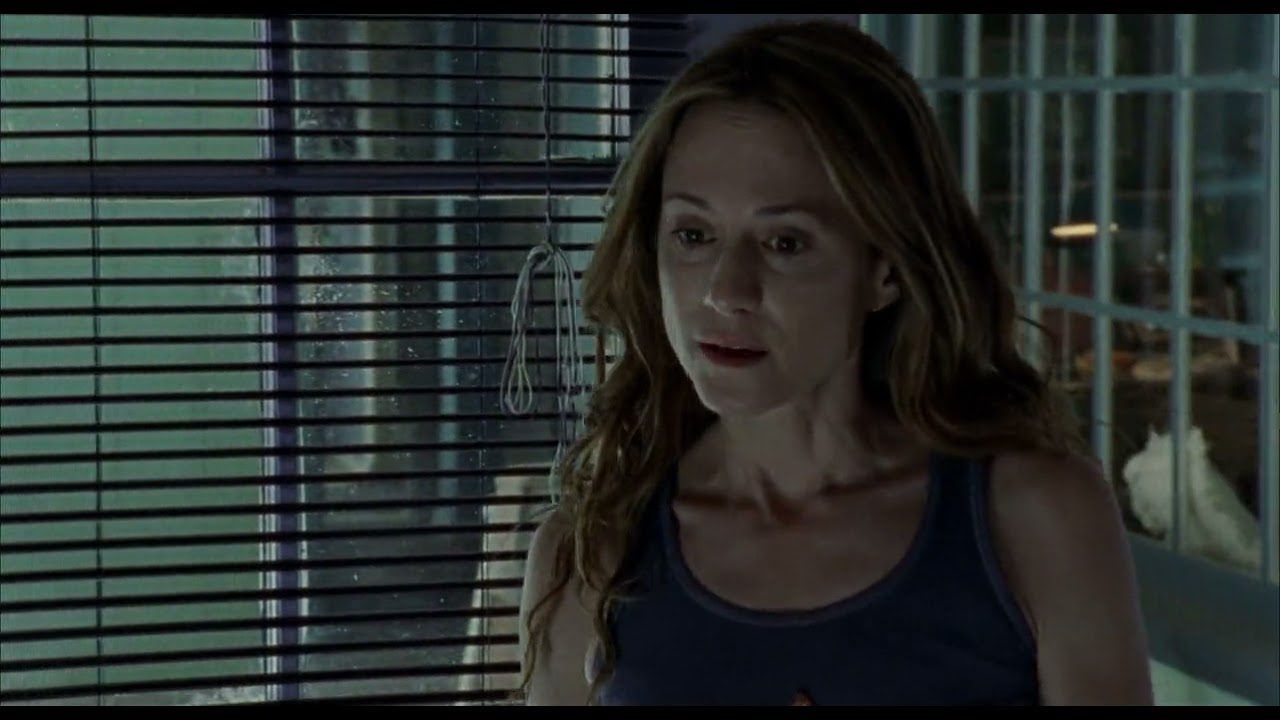 Thirteen ending had all the runs teary-eyed and we are here to explain it all to you. This is a coming-of-age film that shows us a plot about abuse and physical relationships. Catherine Hardwicke directed the story When asked about the film after its release during on her interviews, the director talked about how this film is somewhat based on her life when she was around 12 to 13 years old. In the focus, we see two girls who are studying in the seventh grade. The film revolves around how one of them adopts a completely new lifestyle and this obviously worries her closest ones.

Thirteen was released back in 2003. Generally, the film got positive reviews from the critics but we saw how the story displays drugs and substance abuse. It portrayed young teenagers using marijuana and various other LSD which was kind of triggering to some watchers. More of that, some critics even claimed that the film has the power to influence young minds and they may get the wrong idea from it. Well, depute all that, the film was a success. It perfectly showcases the aftermath of drug abuse as well which might be enough for anyone who is getting influenced by the culture to understand how disappointing it is.

The was made on a budget of 2 million dollars. It grossed more than 19 million dollars after its release. The cast includes actress Holly Hunter reprising the role of Melanie Freeland. She is her mother of Tracy and is in an abusive relationship with her boyfriend. Then we have Tracy Freeland who is a good kid at the start of the film but her age deteriorates slowly throughout the story. Her character is enacted by Evan Rachel Wood. 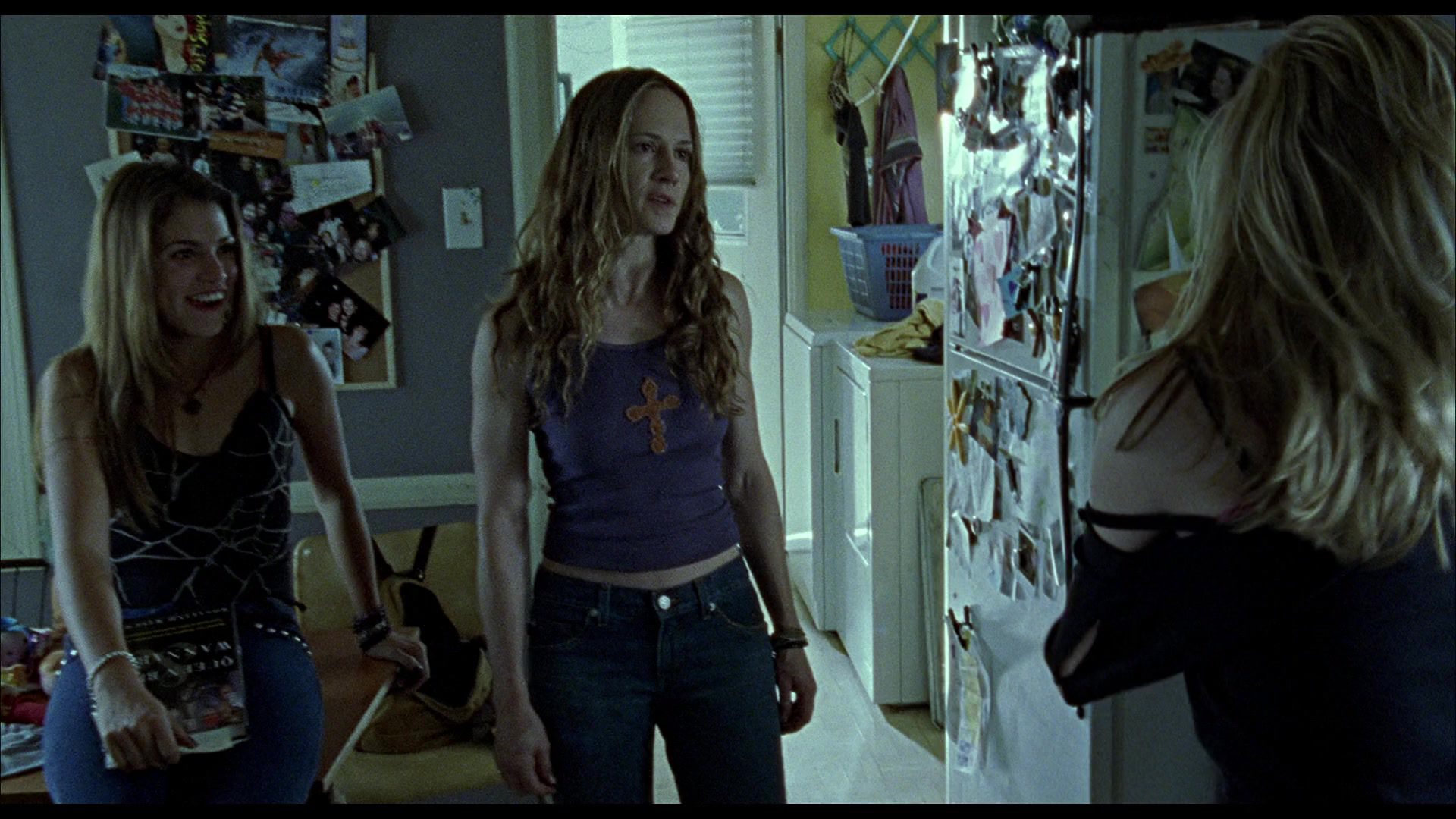 A still of Evie, Tracy, and Melanie from Thirteen

Nikki Reed does the part of Evie Zamora. She is the most popular girl in the entire seventh grade. Evie becomes the bad influence everyone has always warned Tracy about, on her. Jeremy Sisto reprises the role of Brady. Then we have Brady Corbert enacting the character of Mason Freeland. He is their older brother of Tracy and is trying to help her through her depression.

The film starts with us seeing Tracy starting school in Los Angeles. She is in the seventh grade and everyone appreciates her for her smartness. Well, here enters Evie who makes fun of Tracy and bullies her. She says how her clothes look like a cabbage patch. This affects her self-image and Tracy begins to spiral. She lives in a household with her mother Melanie who is struggling with alcoholism herself.

Melanie works very hard in order to support her two kids, Tracy and Mason. Tracy often feels like her mother does not care about her because she is always too busy with her fellow ex-addict boyfriend named Brady. Well, after this, she decides to turn her life around and goes shopping at the store owned by her mother’s friend. Here, she gets new and trendier clothes for cheap and wears them to school the next day.

The next day at lunch she observes Evie, the way she talks and behaves among everyone. Tracy follows Evie to the bathroom and compliments her on her outfit. Evie gives her fake number to Tracy and asks her out for a shopping date. Nevertheless, Tracy shows up to the spot despite being pranked. Here, she sees that Evie and Astrid are shoplifting and excuses herself out of the deal, and sits on a bench.

Did Tracy Save Herself From Evie in the End?

Here, a strange woman comes and sits next to her and drops her purse. Tracy picks it up and goes off shopping with the stolen money. Soon after this, we see that Tracy and Evie have become best friends. Evie introduces her to the world of drugs and boys where Tracy gets skinny deep. This destroys her reputation even more and pulls her into depression. Soon, Evie starts living with them after manipulating Tracy. She also gives her drugs and marijuana along with some other harmful substances.

During the end scene, we see that Melanie tries to send Evie away and Tracy agrees. This hurts Evie and she comes to her home with her mother and starts blaming Tracy for changing her and being a bad influence. Tracy stands up for herself and argues that everything that is wrong with her is because of Evie. The guests leave and Melanie and Tracy share a hug. Tracy struggles to get out of it but Melanie, who has been yearning to spend time with her daughter pulls her in closer, and the two fall asleep.

Also Read: Raiders of the Lost Ark Ending Explained: Did Indiana Jones Save The Ark?