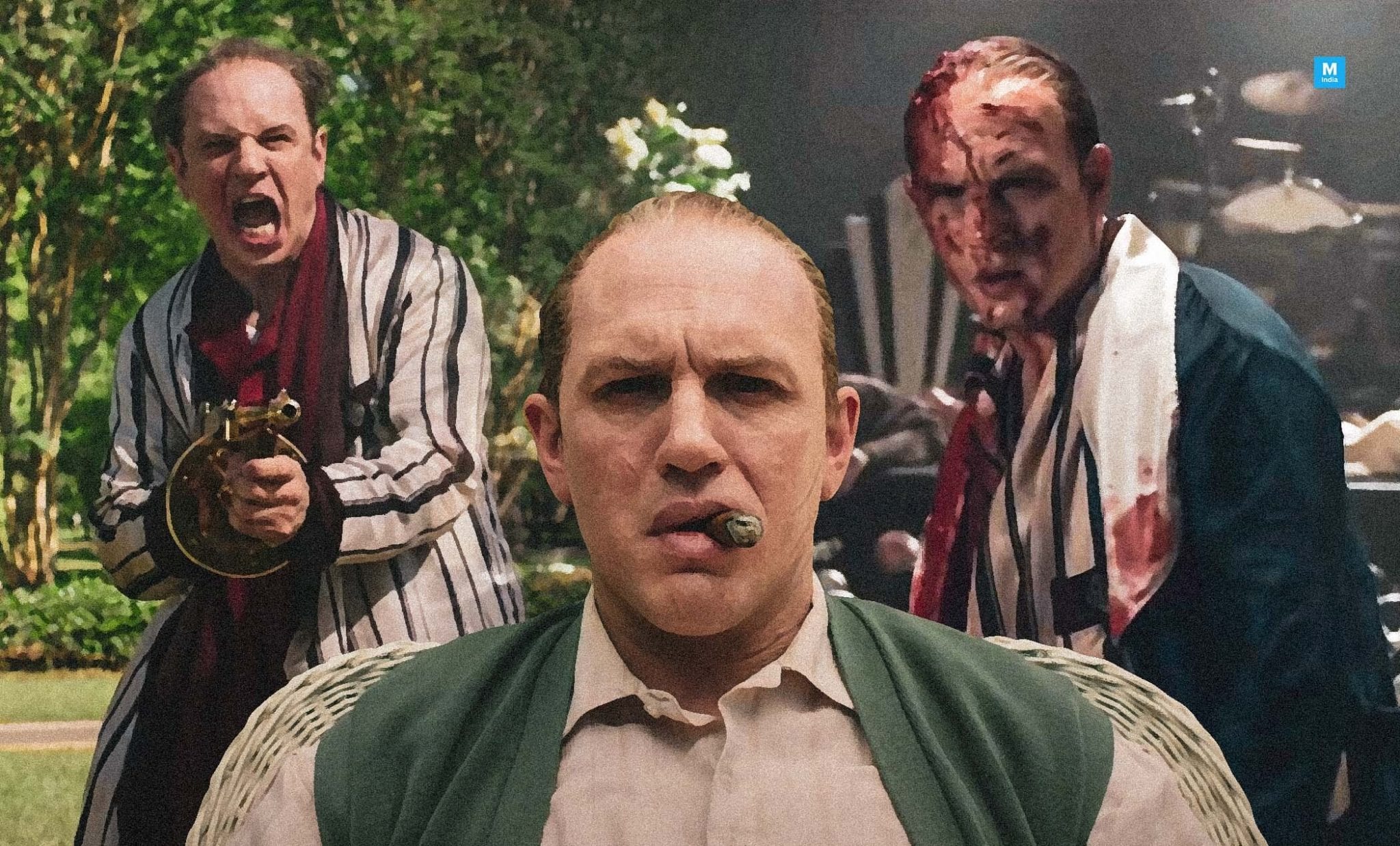 Tom Hardy is two steps short of brilliant in Capone, anyone who has seen it would agree. However, it is not only Tom and Josh who make the movie, although their performance and direction do. But it is more than that. What we can say is, do are not happy with the movie for it falls short of a tangible story of Capone’s last days. The supporting cast includes Linda Cardellini, Matt Dillon, Kyle MacLachlan, Kathrine Narducci, Jack Lowden, Noel Fisher, and Tilda Del Toro.

So far we have successfully managed to dissuade you from the movie. But to throw the entire thing into a tailspin, there are more ludicrous bits and parts in the story that make you claw your eyes out. Why waste all that money in trying times like these.

Capone was a long time coming, in that it arrived after a great deal of time passed. The movie was announced first by director Josh Trank himself in 2016. It wasn’t supposed to be Capone but Fronzo. For some reason, the movie was renamed to Capone. And finally, the project got rolling last year. Josh’s last project was Fantastic Four, which didn’t do well anywhere, neither the critics nor the box office. But that’s not the Josh we always knew, for his last big project was the independent crime drama, Chronicle. It worked very well for Josh since it was an independent project. With zero studio interference, as seen in Fantastic Four, Chronicle was a big success. We are saying Capone is bad as Josh’s previous project, but it is short of a superscript. It sets out with all of these audience expectations, which it fails to meet.

The terrific trailer, Tom Hardys’ presence (and makeup) do not make up for the logically riddled project. The point is to document Tom Hardy’s last days as the frightening mafia man. The gangster suffered from dementia in his last days, after doing time. As his life falls apart, piece by piece, he struggles to remember the $10 million that he hid somewhere. Capone is ailing with old-age and dementia, additionally, his mansion in Florida is under surveillance. His wife Mae (Linda Cardellini) and his son Junior (Noel Fisher) are his attendants. One by one, he loses control of his motor senses, he has a violent physical confrontation with his wife.

Meanwhile, all his does is demystify the $10 million that he has hidden somewhere. With each day, he loses his grip on reality and the location of the money. The thing of it is that Capone isn’t about crime, but about the last days of a man who committed this crime. As such, the focus of the movie should be on writing, which it is not. The focus instead is on three things: Hardy’s looks, his cigar and his glory days. Here’s a thought Josh, what about Hardy’s last days? Because that is the subject of your movie after all. 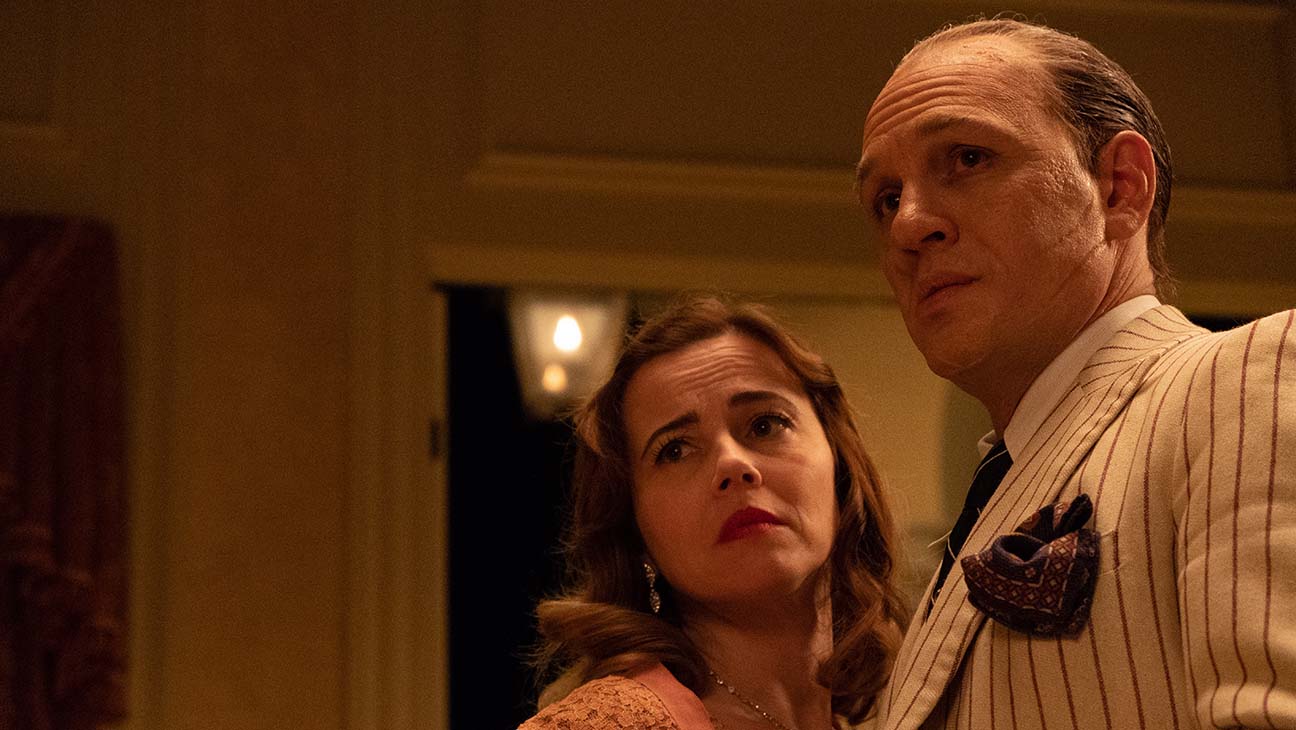 Hardy doesn’t miss the mark in terms of acting really, but when the script is illogically written, it is his performance that suffers the most. It is Hardy’s look that makes the movie a compelling watch, more than the dialogues he delivers. The makeup team has done the very best with him, so as to make up for incoherence. It’s like they knew! Many of us thought the Capone would make for an amazing movie and a contender at the Academy Awards, but that is a  little impossible. The script doesn’t do justice to Tom’s character. But it is not only him who suffers the most, but it is also the movie that is drab and dull. Don’t even get us started on the pacing! Sometimes all you wish for is to fast-forward the movie and get to the end. After which, you want to forget it was ever playing.

The next part of the movie is just as drab. The cast has been badly dealt with. They suffer from the same ailment from which Tom Hardy suffers, which is a lack of decent script. Mae and Capone’s friend Johnny (Matt Dillon) don’t have much to offer either. Thoroughly inspired by the Irishman and its fame, Capone sort of tries to replicate on that. As a feature film, it terribly fails to keep audiences hooked, but as an art film, it may succeed at keeping those art wannabes hooked. And that’s because there are some people out there who appreciated a good ol’ lengthy movie with no outcome what so over! Kidding, there are none. But yeah, if you have revered Tom Hardy all your life and venerated crime dramas, you might come for this one. We do not have much else to say. A script and a little more attention to Hardy, supporting cast could have gone a long way. 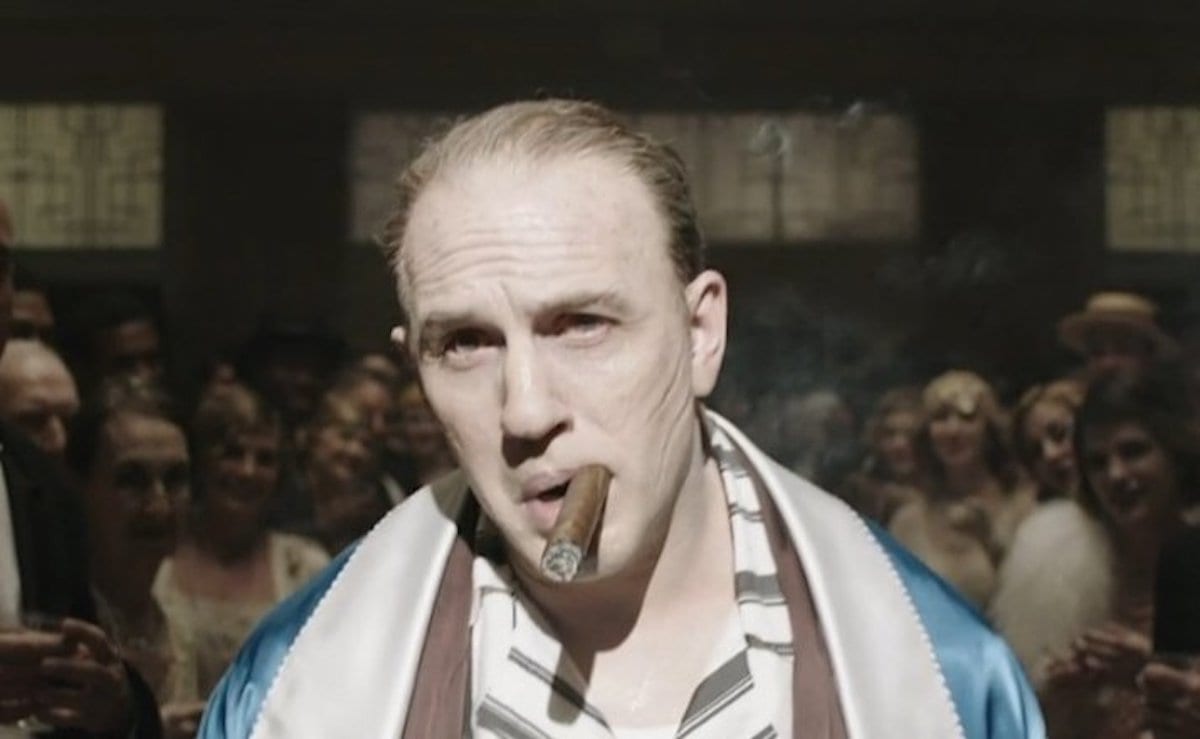 There are elements that you see in Crime dramas, such as violence, blood, and sex. All of these three are present here as well. To sum it up, Hardy makes scary faces and is a patient of neurosyphilis and dementia. The supporting cast mimick the same. And the movie concludes. It is a stretch and nothing else. Here’s are our two cents- do not make crime dramas if you can’t get your hands on a decent scriptwriter. Believe it or not, the movie needs a decent script more than a decent makeup crew. You could put Capone for the Best Makeup and Hairstyling category, nothing more.

Ultimately, Capone dies a tragic death, with a mind rot and regret. In the end days, he is consumed by the lives he has taken and the people he has wronged. The $10 million is never recovered and his family alienate themselves from him and change their name.

Capone released by Vertical Entertainment and you may catch it on VOD. It clocks in at 103 minutes and is rated R. The movie was scheduled for a theatrical release, but due to COVID-19, it was released on Video on Demand, iTunes, and Fandango.