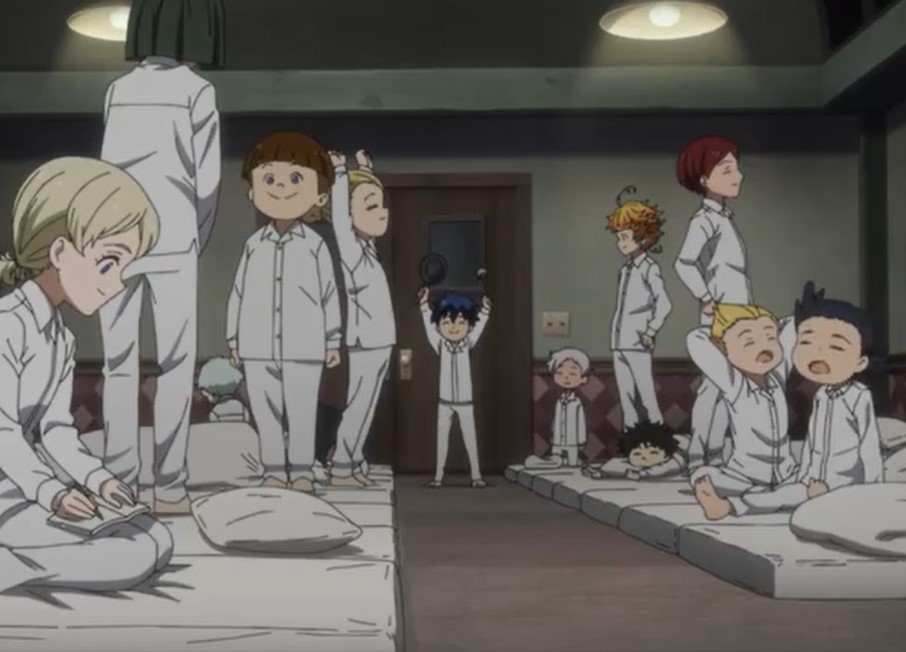 Demon Mujika and Sonju have shown the children the exit, and they bid goodbye to each other. Sonju reveals his true intention to Mujika. He told her that he is waiting for the kids to grows and make a large nation. That is when he will starting to enjoy tasting the flesh of humans. Mujika asks Sonju if he is throwing his belief and faith away of a non-human eating demon. Sonju replies that if the children from nature, it is not a sin to eat them.

He left Mujika and said he is going to take care of something important. The children have found a nice colossal luxury house. They started to enjoy the luxury of the house, but they find something that scared them. They entered a room that is written ”Help me.” The wrong has scratch marks of blood all over it, showing that someone was fighting for life inside. Emma got scared along with the children and wonders what is happening.

The Promised Neverland Season 2 Episode 5 will be released on Thursday, 4 February 2021, at 12:00 AM JST. You can stream the latest episode of this Anime, Funimation, and AnimeLab. You can also visit the official website of this Anime at neverland-anime.com. Let us take a look at the following details below. 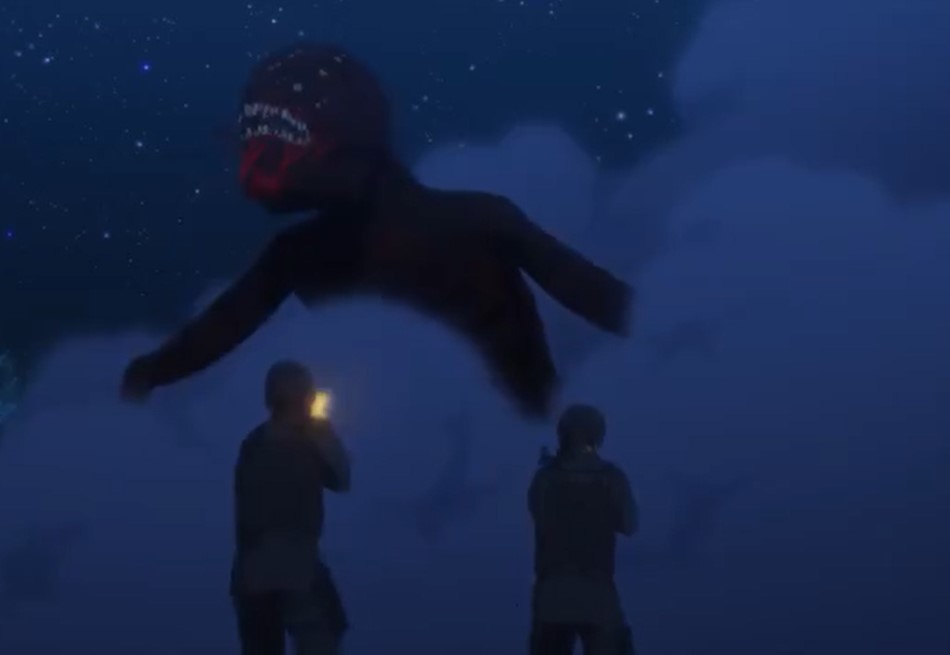 When Emma and the children are still surprised, they receive a telephone call, and she picks it up. Emma heard this, William Minerva, if you have answered this call, I believe you are an escapee. Emma tries to ask where William Minerva is, and she heard I would say what I need to quickly. Ray comments that it is a voice recording. The voice recording reveals that William’s real name is James Ratri.

James Ratri used to be affiliated with the farms. But one day, it became unbearable to James knowing that children were sacrificed. The sacrifices were for a promise made between humans and demons 1000 years ago. James Ratri couldn’t break that promise and hopes that kids who realize it will choose their future. James makes some clues into the books of the farms to guide the children. The children are guided to the luxurious shelter they are in now.

James was pretending to be the imaginary person named William Minerva. One day the farms discovered his series of betrayals. They pursued James as a traitor, and he wishes he could have met with all of the children. He was yearning to hear their voice and meeting with them. James appreciates that the children have found the recording even though they are not talking with him in real person.

James knows that they have suffered a lot, but now they can continue to live in this shelter forever. If they love to leave and go to the human world, they can type the word in the pen. James spells the word for them, saying ”F.U.T.U.R.E” In the human world, they will find people waiting for them and accept them. Emma comments they couldn’t meet Mr. Minerva, but he was supporting them all along. She said that when they are gathering inside the hall. 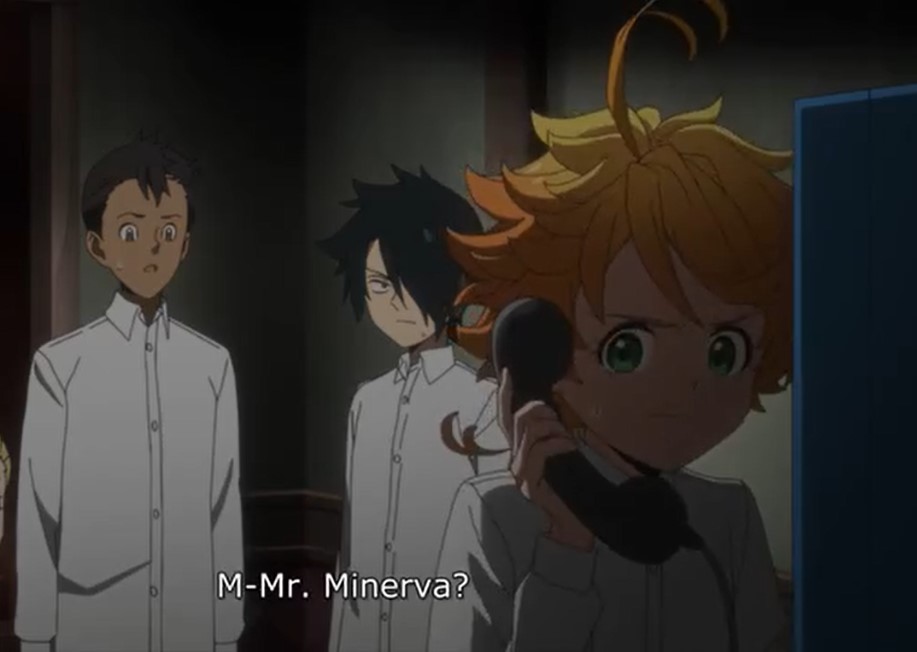 Emma told other children how kind Mr. Minerva was to them, and it is now up to them to decide. Thoma comments that he wonders if people before them were able to reach here. Ray opens the pen, and Emma wrote the word future, and a map shows up and indicates D100. Don comments that D100 is at the edge of the west, and it is far from here. Gilda said if they head there, and Emma adds, they will reach the human world.

Ray suggests that they can first build a foundation to live here in this shelter. After that, they will return to the house to get Phil and the little ones. They will rescue the children at the other house and bring them hereafter to start with their journey to the human world. Emma comments that they won’t give up until they achieve what they want. She started to be emotional about letting Norma down, but other children boost her confidence.

Emma made a promise with other children that they won’t let anyone from their family die. They will escape to the human world with everyone. They enjoyed their everyday life in the new house while planing to rescue other kids. Later, the children got attacked by the pursuers from the other house. Half of the children were captured, but the demon shows up and eats the pursuers. Emma and Ray save the children and escape with them.

Take a look at how the demon Sonju has conspired against the children here. The Promised Neverland Season 2 Episode 4. Let’s meet again on Thursday when the new episode is released.