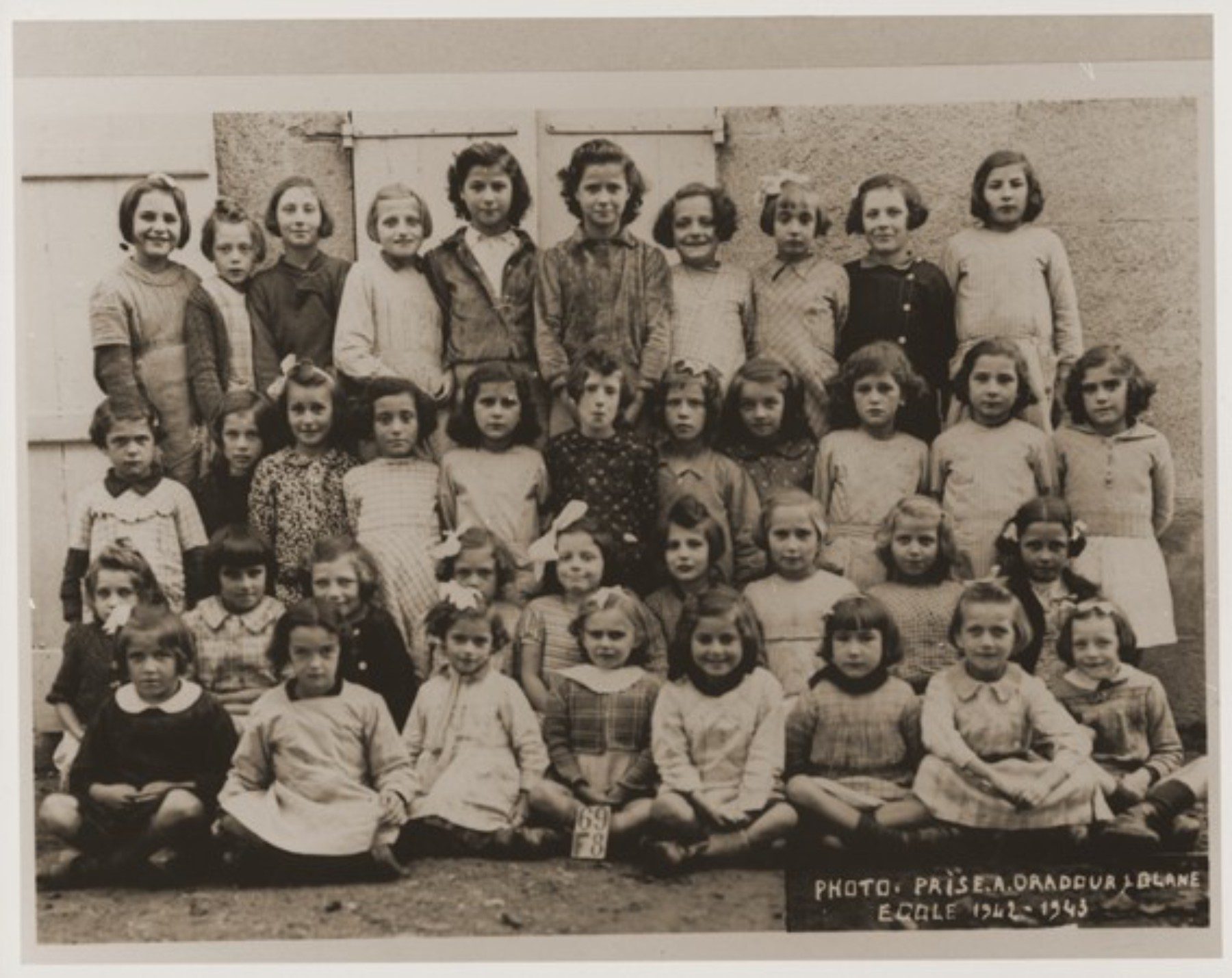 A class photo taken of the children in Oradour in 1943

The World Wars were some of the most profound tragedies of mankind, but the genocides that birthed in World War II are unparalleled in modern history. Lasting from the years 1939 to 1945, most countries were thrust into this global battle of powers with the Allies on one side and the Axis on the other. The war claimed more than 30 nations to give up over 100 million of their soldiers for the battles, as lives, money, cultures, and identities were being erased from the face of the earth with grenades, bombings, and starvation.

With all their resources backing their war front, the nations of the world became more destitute than ever, demanding more than 85 million civilian and personnel lives. During this time, the resistance movement in France, called popularly Maquis took the wind, and soon they were organizing attacks against the German army authorities stationed within the French border.

This irked the Germans, and they began brutalizing members of the resistance groups. They would take hostages and imprison them in concentration camps to coerce details till the cruelty spread to the incarceration of civilians and anyone that banded themselves with the resistance, all sympathizers were rounded and killed or tortured for long periods till life left them eventually. The anti-partisan measures taken by the authorities of Germans were violent, and this violence reached the small village of Oradour.

Adolf Diekmann, the German General who orchestrated the ruthless murder of the village of Oradour

The Resistance And The War

On the 6th of June 1944, D-Day took place with the Allied forces landing their battalions ashore on the Normandy Coastline. This urged a new fervor in the Maquis as they made every effort to disrupt and jam the communication lines and blow up or usurp the supplies being sent to the German encampments. These efforts were reported by the Axis army commanders as an active threat, and they fueled the anti-partisan ideologies of those above them by painting a picture of the resistance as devious troops trying to detrain a noble cause.

This radicalized view gained much attention, and commands were given to take aggressive measures to extract obedience and compliance from the Frenchmen. Within the next two days, Gerd von Rundstedt, the Western German Army Commander-in-Chief, ordered ruthless massacres to be carried out in French villages to eradicate the Maquis from all parts of France and to warn the South of France of the impending initiative against them if they did not adhere to the German curriculum.

Karl-Heinrich von Stülpnagel, the Commander of the German troops in France, called for units to be deployed to crush the resistance, and Das Reich, one of the most dangerous divisions that fought on D-Day, was brought in. By the 10th of June, under the command of Adolf Diekmann, the infantry regiment of Das Reich called Der Führer was sent to attack Oradour-Sur-Glane in the afternoon. Filled with over 650 people, including Jewish refugees, the village waited in dreadful anticipation of what was to come.

At midday, the town crier came running into the village of Oradour, calling for all people, tall and short, young and old, sick and healthy, French or foreign, to gather at the village marketplace. The town that had never harbored resistance grounds thought it to be a routine and gathered without complaint. Militant vehicles were sent into the fields to round up the locals from there, and in the next hour, every living soul in Oradour was standing in front of the German soldiers.

The Der Führer divided the men into separate groups and inquired about the location of arms and ammunition that they had been using to cause the ruckus when the 197 men denied any knowledge of what they were referring to. Without further deliberation, the German troops forced them into six barns in Oradour. On Adolf Diekmann’s cue, gunfire was opened upon the men until every one of them was massacred while the children and the women were ushered into a church.

Also Read: The Burari Deaths: The Family That Hung For Ritual

205 young children and 240 women were trapped in the church when the SS troop decided to throw grenades at the building. Many were injured while some tried to escape the smoke, but the church was set ablaze, and anyone coming out of the structure was immediately massacred. Every inch of Oradour was searched for any survivors, and when they were sure, the village was burnt as it was, until ashes fell to the ground.

At the end of the massacre, five men, a woman, and a child survived. The men were saved by the bodies of their fallen brethren, and the woman, Madame Marguerite Rouffanche, managed to jump out of the window of the burning church after they were left for dead while the child ran away before the ordeal at the marketplace began. 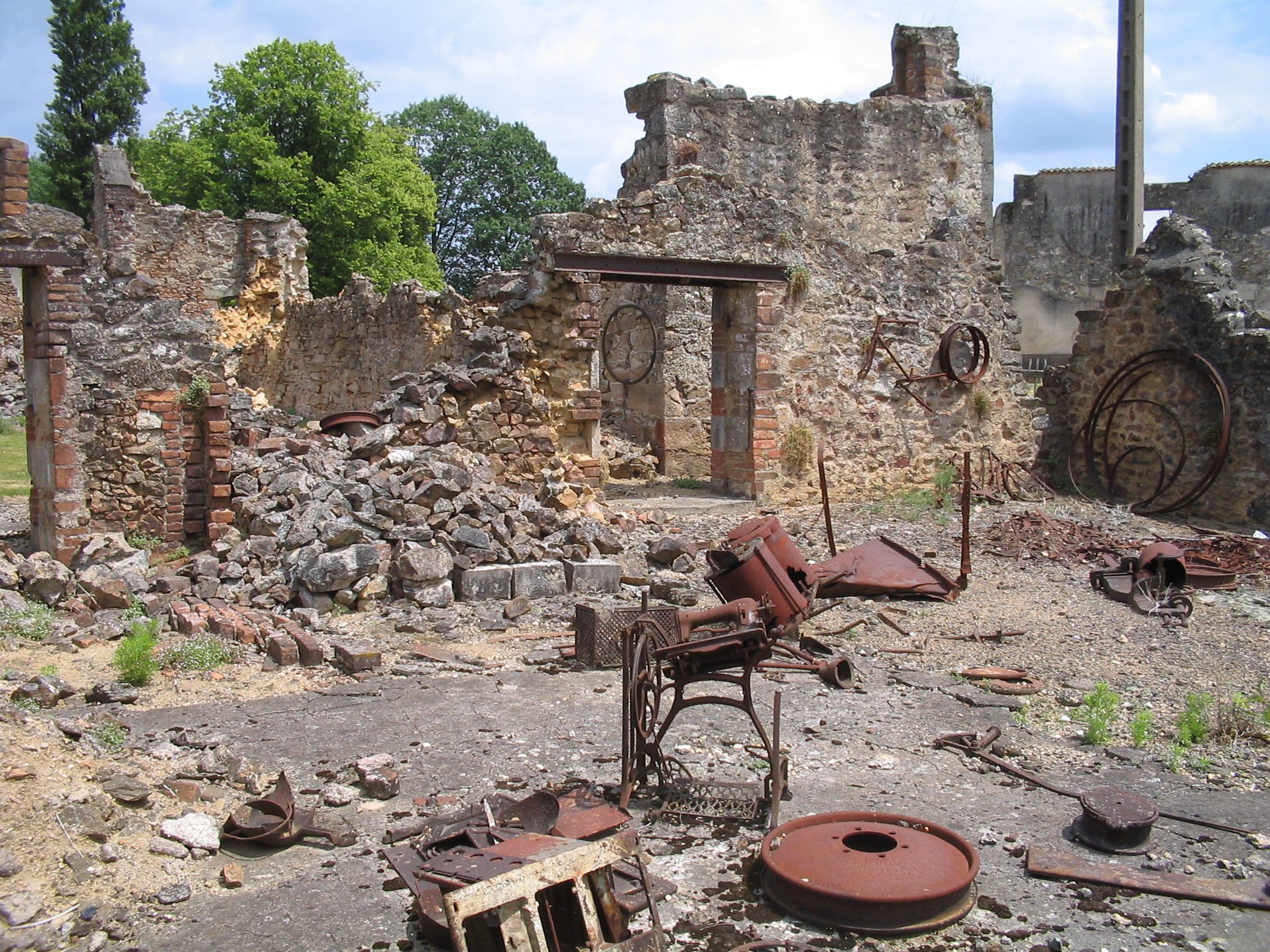 The ruins of the massacred village

Justice For The Afflicted

The woman testified at the 1953 trial at Bordeaux. After she escaped from the window, the Der Führer men shot through her five times as she crawled into the undergrowth and hid until the men left, and she was rescued the next day. Her bodily injuries took a year to heal, but her mental health was disturbed.

She wanted justice for her townsfolk’s massacre. Governments all over the world made an effort to bring justice to their citizens, and 21 of the 200 soldiers that served in Der Führer were brought before court in 1953, 20 were convicted, five were imprisoned, and two were hung for their crimes. To this day, the ruins of Oradour are left as the day the massacre had marred the town to serve as a memorial for those fallen within its walls.