From the previous chapter of Black Clover, Mereoleona unleashes a special move called Calodos Branchium Purgatory: Abyss makes her mana zone full release. She started to burn the monster to ashes, and it shocked the people who didn’t believe that she can do it. Meanwhile, the Magic Knights have managed to reach where Zenon is. Jack, the Ripper, is glad to see the Dark Triad.

Charlotte yells, stop right there, and Zenon looks back at her. Yuno is angry looking at the Dark Triad. The real battle is about to begin. It is going to be Vanica versus Charlotte and Rill. Zenon versus Yuno and Langris, Dante versus Jack and Nacht. The Magic Knights are wearing robes that will be advantageous when they battle. Lat’s find out below how the battle continues between the Magic Knights and the Dark Triad.

Black Clover Chapter 277 will be released on Sunday, 3 January 2021. The spoiler of the upcoming chapter is not yet released. A new chapter of this manga is released every Sunday. Next week Black Clover is officially taking a weekly break. It will return on the day mentioned above. Take a look at the recap and official ways to read the latest chapters of this Manga. 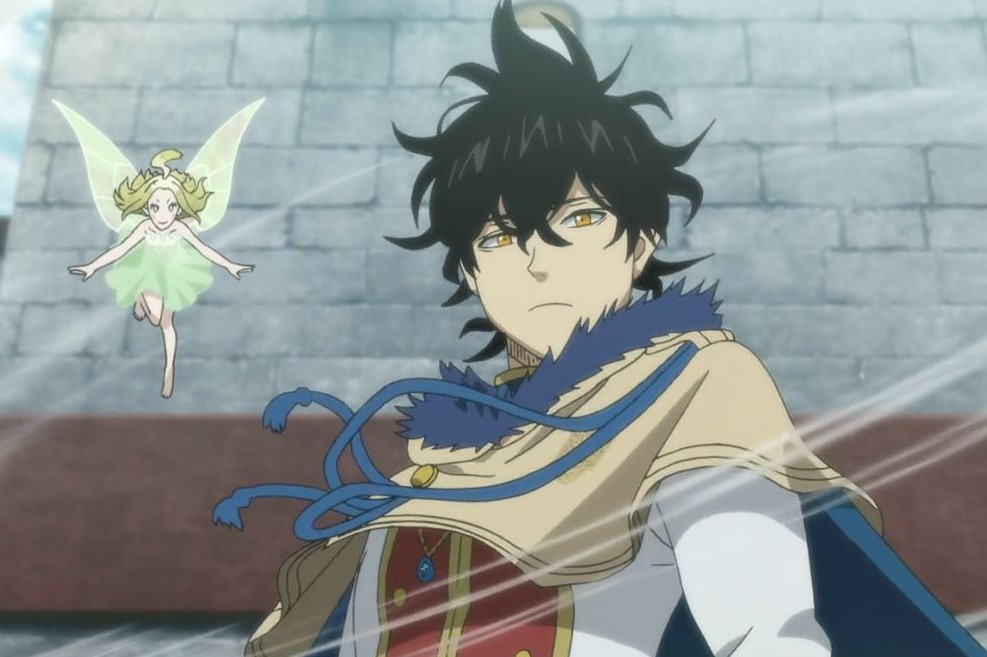 Yuno and Langris are facing Zenon, who seems to be ignoring them, and Yami said they are taking him back through the power of  Captain Vengeance’s spell. Zenon realizes that it is Yuno, and he is wondering how Yuno is alive. The two started to attack Zenon telling him that they are going to take him down. Yami realizes that he knows Zenon’s ability. Zenon uses Bone Magic for his defense and regeneration speed.

Yuno entered his fighting mode and started to punish Zenon, but their attacks are not working. Zenon thinks that those two are fools and they should have stayed quietly at home. He then adds that they would have been safe at home. Yuno also notices that Zeno’s powers keep most physical attacks from getting through. Langris smiles, saying that they will be saying they were in peace when he is not around at home.

Langris gets angry, raising his power level, unleashing Archangel’s Crash. He reveals that he is not the kind of person who can sit and allow the enemies to do what they like. Zenon notices that Langris is using Spatial Mage powers. He uses it through the devil’s power, and Zennon thinks that it is bad luck for Langris since he existed. If not, Langris would have become the ultimate Spatial Mage.

Langris has an advantage with his Spatial Mage since he can fully control the mana within the space. He can even interfere and blocks the mana in his opponent spells. While unleashing Spatial Magic: Archangel’s Destruction, he said that it had been a long time when someone takes him for granted. His powers are destroying the castle. Zenon reveals that he knows why Langris was chosen to come here since they think he can cancel out his spatial magic.

Langris covers the whole building with Spatial Magic: Spatial Mana Domination. He then started to attack Zenon. Langris is glad that if a mage is inside the space spell, they can’t even maintain their magic. Zenon is surprised how Langris created a huge spell without moving. Zenon teases them that they make foolish choices just like their Captain since they are about to lose. Yuno is observing what is happening and how they can defeat Zenon.

Zenon said that they would lose because they are full of dreams and trivial pride. He adds that he can kill them instantly without even making a move or a single step. They both started to exchange powerful blows with super moves and killing speed. Yuno summonsed Bell and told her it is time to attack Zennon, and Bell yells right, and Bell said Zenon is a bony loser. Bell yells at Zenon, saying he won’t get away from troubling Yuno and her.

Zennon ignores her, and she tells him that she and Yuno are talking to him. Yuno looks down, opening his grimoire, and unleashes Spirit Dive: Sprit of Boreas. Zennon looks at Yuno started wondering about the pressure and where the spell is coming from. Zeno thinks that those two can’t wield any power in this space, and Yuno said he is the man who is going to become the Wizard King.

He attacks Zennon, who keeps on dodging while moving back. Yuno said that he could not allow Zennon to defeat him no matter what. Zenno is having trouble controlling the mana inside the space since he has the powers to do so. He wonders why he can’t do it, or Yuno might have taken control over mana inside space. It seems as if Yuno is the one who is beloved by the Mana.

Zennon suddenly blocks Yuno’s weapon using his bone magic, and it was about to pass through his heart.  Yuno tells Zennon that he the one who is going to kill him without making him take a single step. Zennon asks if Yuno is the one who is talking about killing him. Yuno started overpowering Zennon, who is surprised that such a brat is surpassing him. He started destroying Zennon’s magical bone going for a straight kill.

While continuing to reap Zennon apart, Yuno tells him that he was talking to the wrong guy. Zenno is just surprised since he has managed to lay a single scratch on. Yuno and Langris look at poor Zennon, who seems to have no plan in this battle. Langris said that he swears that Zennon is just a lethally poor loser.

Black Clover is officially available on VIZ Media and Shueisha’s Manga plus official platforms. Raw scans for new chapters are released 2-3 days before their respective chapters are published. We advise you to read the digital copies from their official websites and apps to support the Manga creators and publishers. Read Black Clover Chapter 276