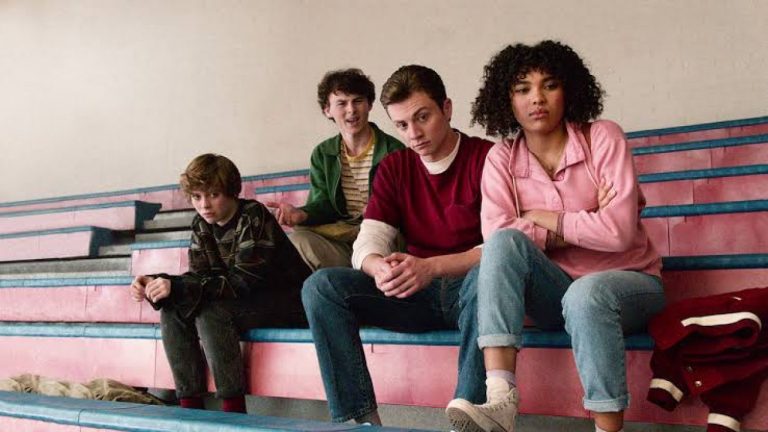 I Am Not Okay With This
Isheeta Kumar
EntertainmentTelevision Shows
May 4, 2020 2 min read

I Am Not Okay With This Season 2: Is It Renewed Yet?

The supernatural dark comedy “I Am Not Okay With This” has fans wondering whether or not it will return for a second season! Here’s everything we know so far with the latest updates on what to expect!

This show that is inspired by the graphic novel by Charles Forsman with the same name comes from the executive producer of stranger things and the director Shawn Levy that is also responsible for “The End Of The F***ing World.”

The first season that was all of just seven short episodes has clearly left the fans thirsty for more. The bloodshed in the season one finale left us with some hopes of a season 2, so here’s what you need to know!

I Am Not Okay With This Season 2 Update

The ending of season 1 most certainly sets the stage for another season in the making. When the shadowy figure that has been following Syd throughout the season finally shows itself and introduces itself, and suggests that they are something of a team now. Though the identity of the figure has not been revealed as yet, its thought that it is Syd’s father who was thought to be dead up until now.

We will also witness the fallout that Syd faces after using her telekinetic powers to pop the head of Brad, who is Dina’s ex-boyfriend. It seems quite certain that the whole school now knows of her powers but is unsure of what to make of it. It all boils down to whether Dina will forgive Syd, though.

Jonathan Entwistle, director and executive producer, said that he wants to make sure that Syd is the chosen one, and as much as she hates that, she must come to terms with it eventually. He goes on to say that without revealing much, there is a deeper conspiracy at play that will unfold in the upcoming seasons and shed light on her powers and provide explanations of the same.

It seems evident that there are going to be many more seasons ahead, and these short seven episodes from the first season are not enough to tell the story they wish to tell their fans!

I Am Not Okay With This Season 2 Renewal Update

Netflix usually waits a while after it releases a show to judge the response before announcing a second season of the same. So far, it is still too early for them to have announced a second season, but it seems a safe guess with the positive feedback so far that the show will be renewed for a second season as the seven short episodes hardly seemed enough for the fans. We should hear some news and confirmation on its renewal in the spring.

I Am Not Okay With This Season 2 Release Date

If given the green light, I Am Not Okay With This Season 2 is expected to be released in February 2021. So fans, don’t lose hope, sit tight as the wait isn’t all that long, and we will b sure to keep you posted along the way!