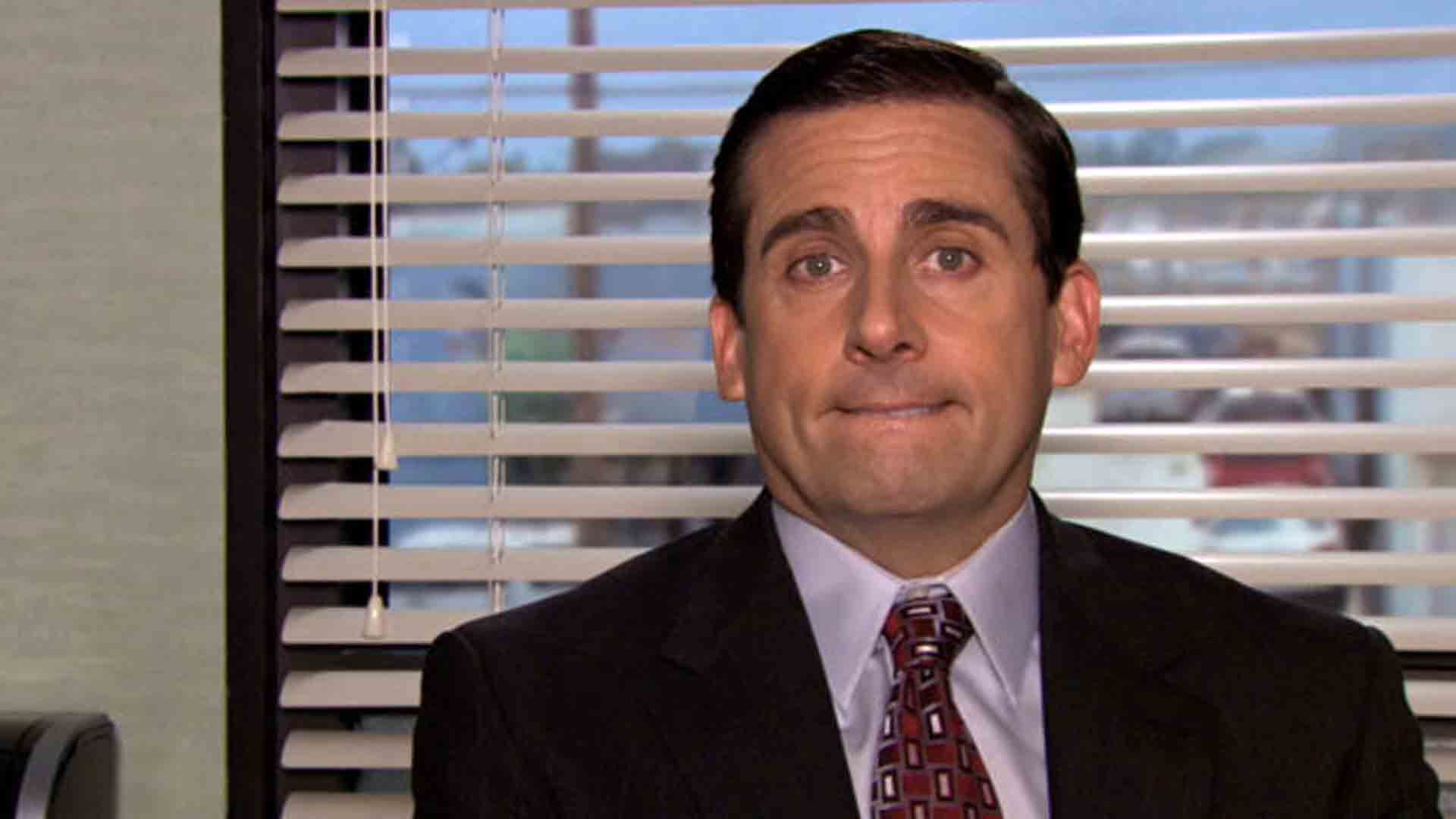 The office is still one of the most loved Sitcoms even after years of its last episode was aired. As every show has, this show also has its fans and haters, but no matter what, this show has at least made its viewers laugh out loud even once. Today we are bringing you some of the best Facts about the show The Office. The Office is an American sitcom television series. It is a series where is shows the everyday work lives of office employees in the branch of the fictional Dunder Mifflin Paper Company, situated in Scranton, Pennsylvania. The show was initially aired on NBC with a total of nine seasons with a total of 201 episodes. The show is an adaptation of the BBC series of the same name.

When adapted to America by Greg Daniels, certain changes were made to the show. But just Like the original British Office, this show was also filmed in a single-camera setup and without a studio audience or a laugh track. This was done to simulate the look of an actual documentary. The Office is considered to be one of the greatest television shows of all time, by its fans. The Office was received with many mixed reviews during its first season. But things took a different track with the second season. The next seasons received significant acclaim from both television critics and its viewers. This was because, The Office US was able to stand out on its own with the difference in the show’s characters, content, structure, and tone when compared to the British version.

Can you ever imagine Office with a different cast? It may have happened if things were different. Why? Because at first most of the chest were characters, For instance, Adam Scott auditioned for the part of Jim Halpert. Seth Rogen for Dwight Schrute. Eric Stonestreet auditioned for Kevin. Angela Kinsey auditioned for Pam. Bob Odenkirk for as Michael Scott!

Can you imagine how the show could end, if the cast wasn’t what we saw? Steve Carell joined the cast later when the show he’d been working on, Come to Papa, was canceled. Thus he replaced Eric Stonestreet. But In a late-season episode, Odenkirk played a very Michael Scott-like manager, who was looking to hire Pam.

2. John Krasinski’s first on-screen kiss was on The Office

In the episode Casino Night, where Jim and Pam kiss each other after Jim saying to her that he loves her. Even though it was a huge moment for John Krasinski, he didn’t share that with anybody on set at that time.  Even to Jenna Fischer. And when Michael Schur asked if it was his first on-screen kiss, he denied it. Maybe it’s because he was a little bit embarrassed.

3. The Theme song was selected by the cast

Every Office fan will remember that iconic theme music of the show. Those simple visuals along with that simple music are loved by many. Every fan could recognize this theme music even if they hear this in the crowd. Cause it is that much been with them. The music, which was composed by Jay Ferguson, was actually selected by the cast members itself.

In an interview, it was Steve Carell who shared about this.  He said that creator Greg Daniels had given them four options. And out of those four, the current one was the one chooses by all. It’s a really great gesture by the creators of the show to select the theme music, as the cast will feel more connected to the show. And every time they hear the theme music they will always remember the good moments they had while selecting this.

4. The Office computers actually had internet!

If you thought that the cast was looking at a blank screen while Michael Scott was roaming around in the office, don’t feel bad for them. High chances are, they were browsing the net!. Yes, you read it right, the cast may not be just staring at a blank screen for the whole time as the computers in the set actually had an internet connection!

This was done to add a bit of realism. But we don’t know if every computer was added to the internet. As the cost may be a bit high to just provide the connection to every computer which doesn’t give many results. But still, it is great to see that the crew provided an internet connection so the cast can use them.

We all love Jim and especially the actor who plays it. John Krasinski is the person who plays the role of Jim in the show. But did you know the story of John Krasinski’s audition for the role? Well, it was an interesting story. Initially, John was supposed to go for the audition of Dwight, but he convinced the casting director to try the auditions for Jim. 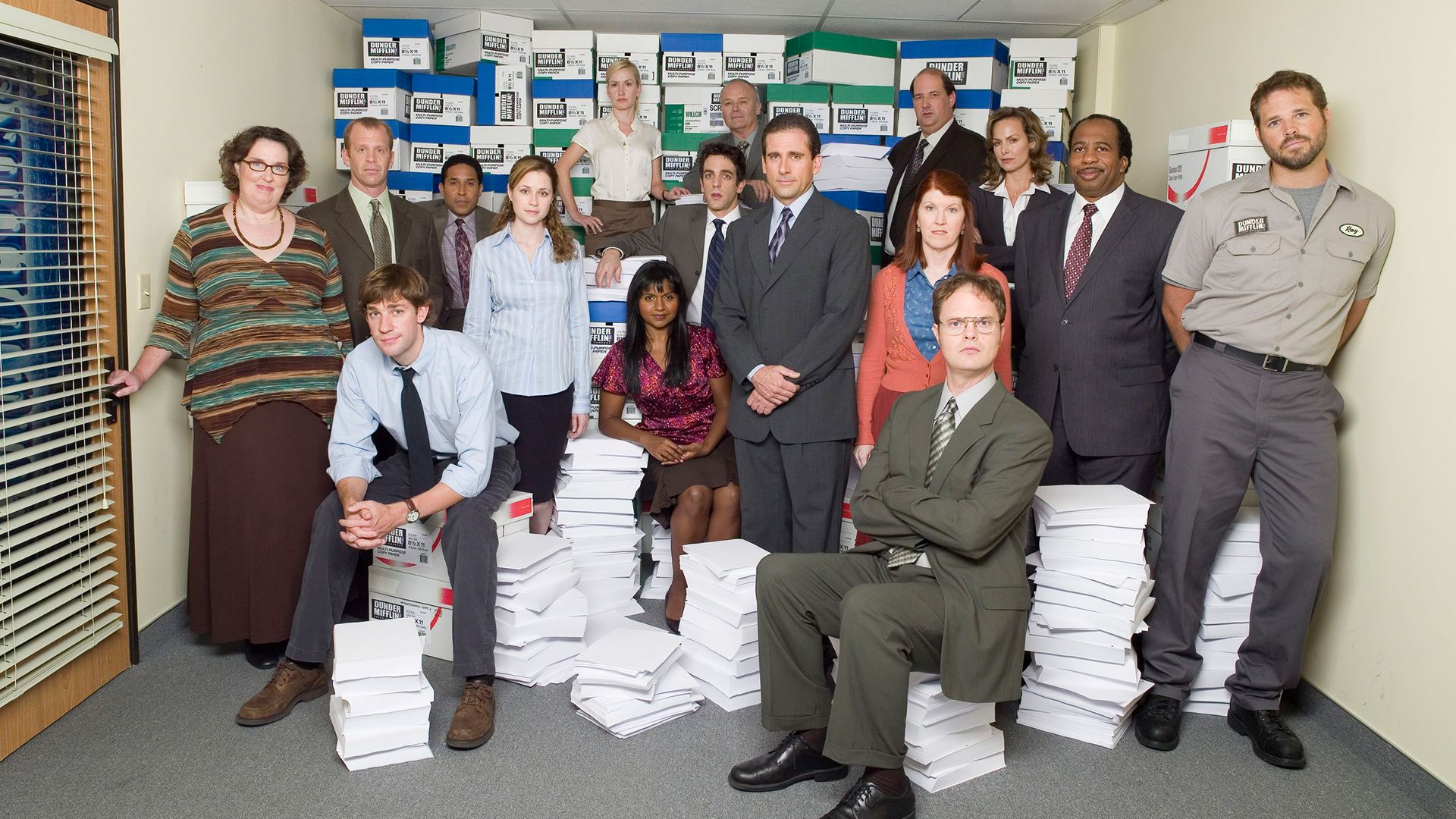 He said, he loved the British version of the show a lot and he was afraid if this American version would ‘screw up’  the show. According to his belief, Americans weren’t great at recreating kinds of stuff.  In fact, he even said that he couldn’t accept if they destroy his favorite show with its remake.

On hearing this, The man responded introducing himself as Greg Daniels, the executive producer of the show. Yes! John said all of his thoughts about the upcoming show to the executive producer without knowing to whom he was talking too. Thankfully, he performed well in the audition and we all know what happened later. And Greg may have forgiven him as he believed that the show will succeed.

John Krasinski, after getting selected for the role with his ‘great’ audition, decided to prepare for his character. For this, he met several employees at different paper companies to research his role. Along with that, while he was in his research for the role, he filmed the visit to Scranton, Pennsylvania.

This footage that he captured in his trip was actually used in the show’s opening credits sequence. When someone said that the journeys always help us in someway was right. John’s trip for his research benefitted the show and will always be remembered in the hearts of the fans.

7. The only episode that wasn’t rewritten

When asked about the Office fan’s favorite episode, “The Dinner Party,” will be always on the list. This show was widely appreciated by viewers and critics and even the cast. It is one of the top funniest episodes in The Office series. But did you know that this is the only episode on the entire series where the script wasn’t rewritten?

According to the co-writer Gene Stupnitsky, Most episode’s scripts were rewritten. and this episode was very few among the other episodes where the writers didn’t rewrite the draft. The only rewrite they did was that Jan hits the dog to kill it on purpose. We wonder what all could be different if the writers decided to just go with the initial draft.

8. Everyone had doubts regarding the show

Just like what we have said in our Top 10 Facts about Money Heist, The team of Office wasn’t also not having confidence about the show’s lasting. At many times they believed that it could be their last episode of the show. But all of these worries were changed later on. That’s because iTunes came to the rescue of the show.

By the time when the show somehow was able to reach the second season, NBC decided to make the show available on the platform. And that changed the fate of the series. As the show was an instant hit on iTunes and everyone was downloading the series.

This was also a realization for the crew that who was their actual audience was. it was the young people who were the fan of the show, rather than the people who were busy with the white-collared people. This helped them to steer the direction of the show towards to whom it was targetted, and thus achieving huge success, we know what happened in the future!

9. A homage to the original “Office”

The American office doesn’t forget from where it was actually originated. To honor the show they have done something interesting. have you noticed the address of the American Office? It’s 1725 Slough Avenue, Scranton Pennsylvania. if you look up, you won’t find any place with this address, as this is not the actual address. This address was taken from the Office UK. The address of the Office US is a reference to the original version of the show. And the story takes place in Slough, England.

10. The most expensive set in the show 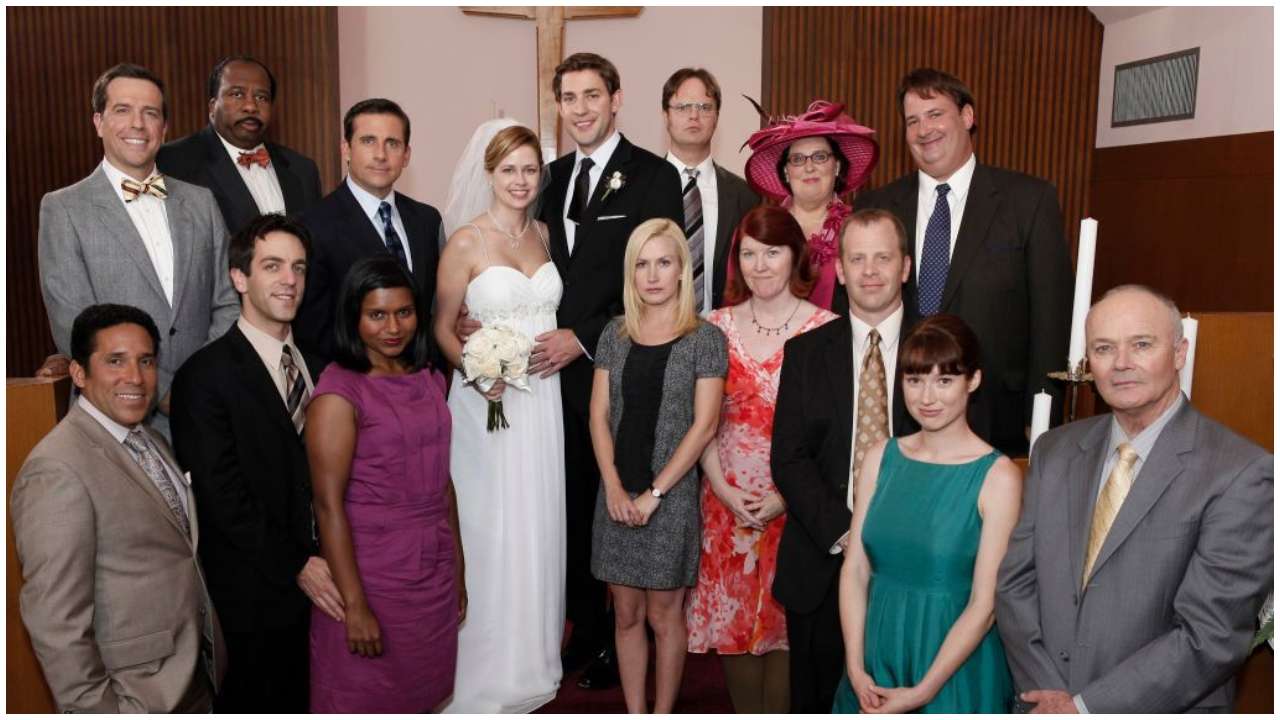 We have talked a lot about John Krasinski and his character Jim in this article, well there is one more related to him. This about Jim and Pam getting engaged at the beginning of Season 5.  Throughout the episode we all want to see when will Jim do it. And when finally did, our hearts melted together. But did you know that all this proposal came at a cost?

Yes, the rest stop was an entire set, and after completing the set, when calculated, the cost was more than $200000! But still, it was all worth it, as every Office fan will remember this show and particularly this episode.

What do you think about our top 10 picks for the famous American comedy show, the Office? We hope that all those facts we provided today were interesting and some may even new to you. If you think we have missed any of the facts that should have been mentioned in this article, do let us know. For those who want to watch “The Office”, you can go to Prime Video.

Also Read: Top 5 Facts About Young Sheldon Which Every Fan Should Know