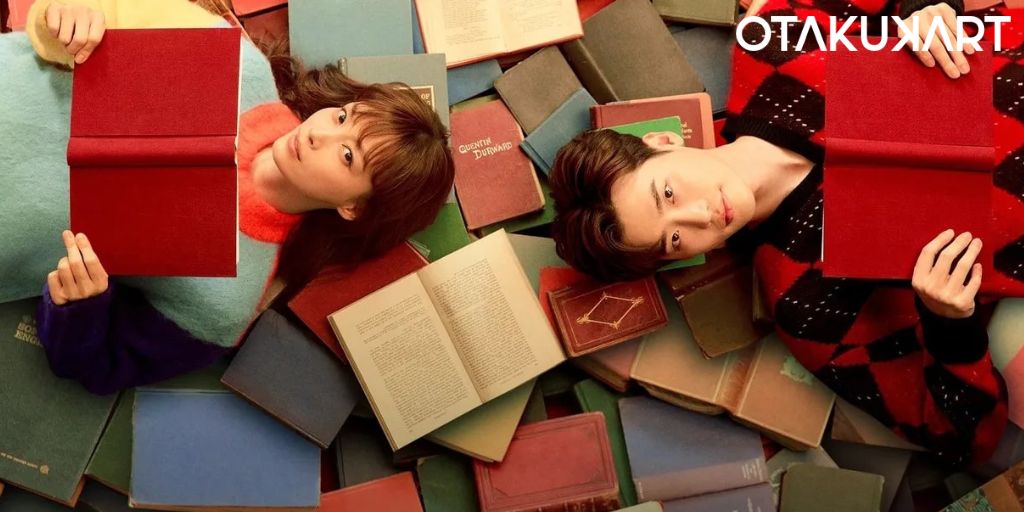 The South Korean drama industry doesn’t shy away from Noona Romance genres. Noona romance, or the younger boy-older girl genre as it’s known, is pretty popular in South Korea. Not many cultures prefer this relationship type, but South Korean people find it desirable. Probably the excitement such a relationship provides makes it so popular. Some men prefer dating mature, experienced women and find these traits attractive. While dating a young man may keep the older woman feeling young and rejuvenated for a long time.

Many dramas have been made in this genre, the acclaimed Something in the Rain, Encounter, and A Witch’s Romance, She Would Never Know to name a few. Watching these truly made us understand why this style of relationship is considered so desirable by some.

Romance is a Bonus Book came out in 2019 and instantly gained a lot of buzz. It was mostly because it was actor Lee Jong-suk’s last drama before he enlisted in the military. In fact, he had enlisted before the drama had its finale. Further, his chemistry with Lee Na-young in Romance is a Bonus Book was buzzworthy, too, since they have a whopping 11 years of age difference in real life too.

Lee Jong-suk had mentioned on previous occasions how Lee Na-young is his ideal type. Seeing him paired with his long-standing crush was exciting for us as viewers. The drama might not have fared that well overall, but it’s definitely worth a watch if you love the Noona romance genre. Romance is a Bonus Book age difference still gains buzz.

Romance Is A Bonus Book Plot

The drama begins with a flashback, showing us the wedding of Lee Na-young’s character Kang Dan-i. We also see Lee Jong-suk’s character Cha Eun-ho playing piano like a lovelorn folk. Dan-i surprisingly runs away from her wedding, and despite the fact that Eun-ho despises her relationship with her boyfriend, he counsels her and eventually brings her back for the wedding.

Flash forward to a couple of years, and we see Dan-i as a single divorced mother who is looking for a job. She used to be a successful former copywriter for an advertisement agency. But a break in her career has pushed her back to being an amateur. Meanwhile, we also get a glimpse of how Eun-ho and Dan-i know each other. Dan-i saved him from an accident and in turn, got injured herself. Eun-ho then helped her recuperate back to health. He used to get her books and got interested in reading himself. At present days, he’s a successful author and has a publishing company of his own. 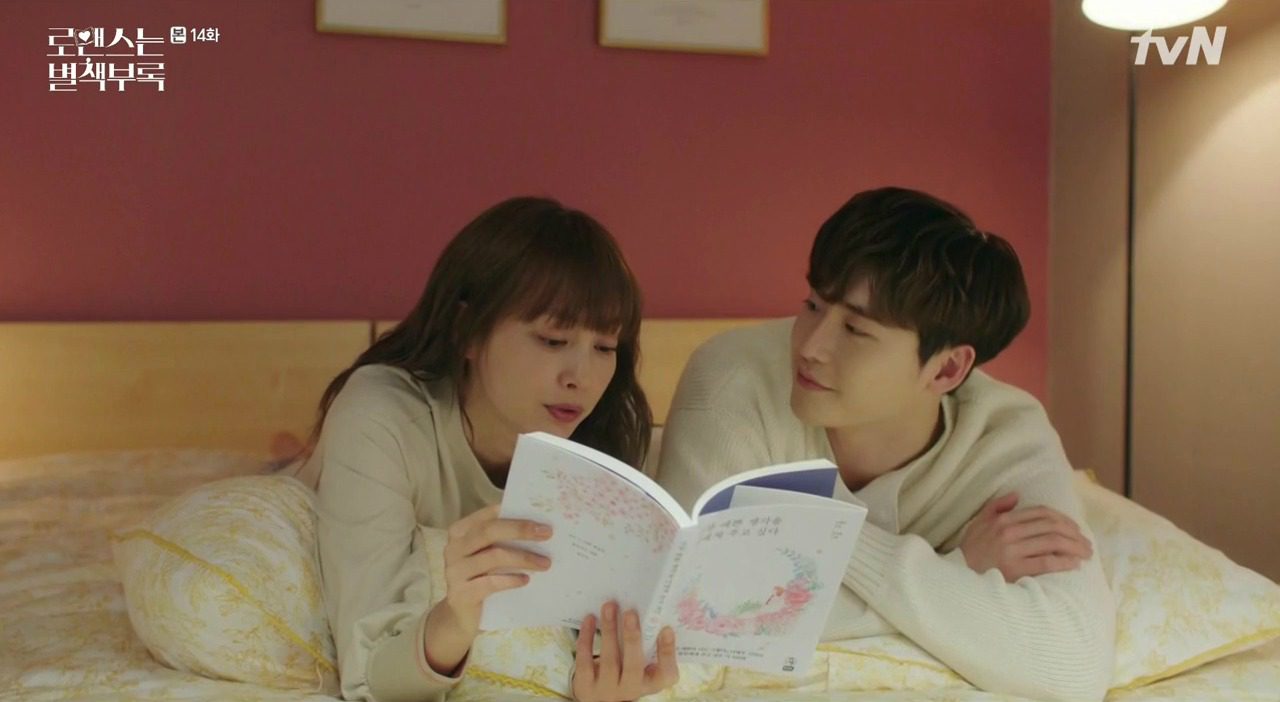 Lee Na-young and Lee Jong-suk in Romance is a Bonus Book cr: tvN

Since Dan-i is facing financial problems, she secretly starts working as a housekeeper for Eun-ho, but he finds out the truth pretty soon. Dan-i ends up applying at his publishing, and his personal and professional life collides. It’s pretty clear Eun-ho still loves Dan-i, even when he tries ignoring his feelings in the beginning.

But gradually, Dan-i too realizes her feelings for Eun-ho, and a beautiful romance blossoms. It’s exciting to see their relationship go from one-sided love to friendship to a full-blown romantic relationship.

Noona Romance In Romance Is A Bonus Book

Dan-i’s character is five years older than Eun-ho. The chemistry between the two transcends well beyond the show as they both have an age gap in real life too. We get to see their relationship go through various stages, as we see them grow into beautiful mature adults from their first meeting as a child and teenager. There is quite an awkwardness between them initially, as they first fall in love.

Societal norms and self-prejudices often come in between. But love prevails overall. There is a love triangle or more of a love square in the drama. But the ones who were meant for each other end up with each other. It is safe to say that Romance is a Bonus Book succeeded at showing the noona romance with utmost sincerity and dignity. 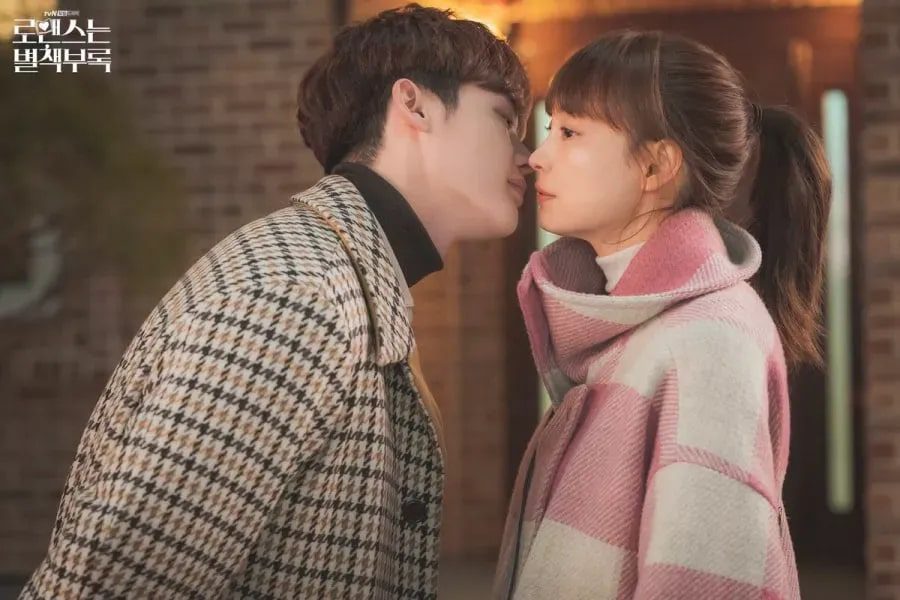 Still from Romance Is A Bonus Book

Where To Watch Romance Is A Bonus Book?

Romance is a Bonus Book originally aired on tvN network. But the ones who haven’t watched the drama yet can watch it online. Netflix is the official streaming partner of the drama. With 16 episodes, the drama is perfect for watching with your significant other or just when you are looking for some motivation in life.

Also Read: Get To Know The Fantastic ‘Romance Is A Bonus Book’ Cast