The One Piece anime is fast approaching the end of the First Act of Wano Country arc, and with that, preparations are being made for an epic finale. We’re just 4-5 episodes away from the incredible fight that’s going to be Luffy vs Kaido, and we cannot wait to see it finally begin. While the anime hasn’t teased the battle much so far, we’re sure that it’ll do so once we reach closer to December.

The anime did, however, reveal the character design sheets for lots of new characters, and we’ll be sharing them with you here.

As you can see, the two remaining distasters of Kaido, Queen and King’s character design is completely revealed in the sheets. The most noticeable thing is that we can see King’s wings are black instead of white. 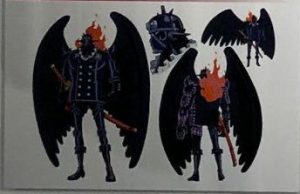 Moving on, we see Kaido in his dragon form as well. While this isn’t much of a surprise considering the fact that they’ve already spoiled this in the anime, this particular design is from the episode in which Luffy confronts Kaido and we see their battle finally begin. 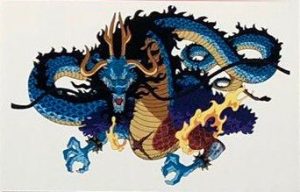 From the second act of Wano Country, we see the man in the Germa costume, Sangoro, or Osoba Mask. Again, Osoba Mask was revealed in the opening of One Piece first, so it isn’t much of a surprise. But, seeing his full characte sheet is very interesting as well. 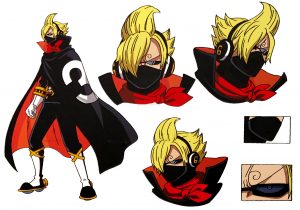 We’re looking forward to One Piece’s next few episodes already, and we hope that you guys are as well. What are your thoughts on the character designs? Let us know your thoughts in the comments section below!

Overwatch 1 And 2 Will Be Getting 4 New Maps