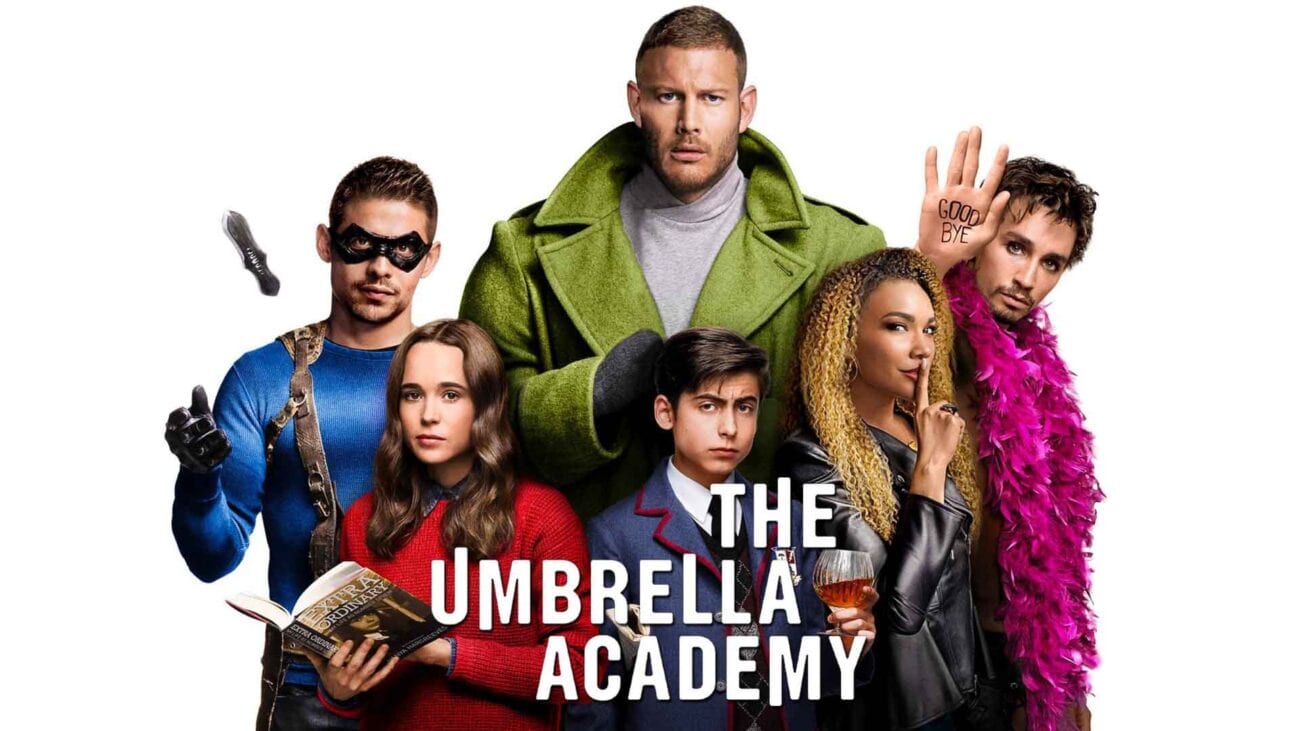 Top 10 Facts About The Umbrella Academy

The Umbrella Academy gave fans a thrilling and hilarious ride over the expeditions of the Hargreeves family. The Umbrella Academy was adapted from a comic-book having the same ensemble, “The Umbrella Academy” written by Gerad Way. The show got its green signal for Netflix television series in 2015 when Steve Blackman decided to bring it on the streaming platform under the developmental authorities of Jeremy Slater.

On February 17, 2019, the first episode from the series aired on Netflix, and since then, there was no turning back for the show creators. According to a recent report from Netflix, more than 50 million viewers enjoyed the show, which will be more than enough to describe its success. There are many reasons which we can formulate. Here are the top 10 facts about The Umbrella Academy which you might have missed while streaming the show. We would also start with a small intro related to the show, which will help all the readers who aren’t related to the show.

What is The Chronicle Of The Umbrella Academy?

The show starts in the past, where all the audience is driven to October 1, 1989, where 43 women from diverse parts of the world give birth at the same time. What’s more interesting about the incident is there are no signs of pregnancy in any of the women before the labor. During that time, a rich-billionaire Reginald Hargreeves decides to adopt 7 children, and all of them turn out to become a powerful team of superheroes.

Apart from giving names to his children, Reginald decides to give them numbers, but the children later got their names from robotic mother as Vanya, Luther, Diego, Klaus, Allison, Five, and Ben. Reginald sends six of his children to fight the evil while decide to keep Vanya away from the others as she did not show any sign of a superpower.

What Happened In Both The Seasons Of The show?

The first episode of the foremost season of The Umbrella Academy commenced with a present-day scenario with the leading characters having some special powers and stay quite far from one another. In the start, we see Luther, who is a human-animal hybrid from an ape and is highly-experienced in living on the moon.

Unfortunately, Ben is dead in the show, but he is only visible to Klaus in the form of a ghost. Diego is a specialized avenger, Klaus is highly addicted to drugs, which also makes everyone think that he is made on seeing Ben and the hallucinations are because of the drug addictions. Vanya, who was kept away from her siblings, is a great violinist. Allison is one of the most beautiful actresses in the world, and Five is living in the future who returns from a different time for his father’s funeral. The siblings get a chance to reunite after the death of their Father, Reginald Hargreeves.

The reunion of the siblings is not a bed of roses as Five brings bad news from the future, which suggests that the earth is on the verge of facing a new calamity. The superheroes have to join their hands and stand against the catastrophe to save the world.

Borderline entertainment and Darkhorse entertainment decided to retain the show for the second season soon after the hit of the first season. Moreover, the second season of the show also starts from where we left in the first season. The superheroes fail in preventing the apocalypse, and they decide to time-travel to the past to stop it. The journey is not simple as all the super-heroes travel to different years of the 1960s. Five is in 1963 in a Nuclear war zone from where he escapes, but now he has to swiftly find all his siblings and have to stop the global catastrophe. Now that we are clear, here are the top 10 interesting facts of The Umbrella Academy fans are eagerly waiting for.

Facts About The Umbrella Academy

There is no doubt that Steve Blackman has directly made a remake of the comics in a video representation. Instead, Steve Blackman focused on keeping things quite more realistic hence he did some changes with the superpowers of certain characters. One such change made by Steve was dropping the superpower of Diego from the comic, which helped him to breathe inside the water.

2. How Many People Gave Audition For The Character Of “Five”?

Not to be surprised, Steve Blackman auditioned more than 300 kids before he saw the tape of Aidan Gallagher. Moreover, he also shared a statement that Aiden once told him that she was also ready to kill for the role, which impressed him a lot, and he decided to move with her.

3. Will There Be Film On Gerard’s Comic Umbrella Academy?

Well, a long-back in 2011, Universal pictures wanted to create an adaption of The Umbrella Academy into a Hollywood movie, but they dropped the plan due to unsorted reasons.

4. Can You Find Something Similar Between The Sparrow Academy And The Umbrella Academy?

Let me give you a small hint: Does your mind striking something like red and blue?

Well, if you are clever enough, you must have noticed that the uniforms of The Sparrow Academy and The Umbrella Academy have the same patterns with contrasting colors.

5. What About The Snow In The Final Show Down In The Umbrella Academy Season 2?

If you are a crazy fan of The Umbrella Academy, then you must be following Emmy Raver Lampman, who revealed that the snow in the final fight scene was not artificially produced out of Harlan’s surge. It was a real snowstorm that was surpassing the region, and the cast and crew members have to finish the shoot along with it to keep things natural.

6.How Many Fans Are Aware Of The Fact About “Klaus Daughter”?

There is no doubt that the character of Klaus got a lot of significance in the series when compared to the comics. Klaus also has a daughter, although she doesn’t have any designated role yet in the show. In the series, Klaus, Luther, and Diego paid a visit to the Vietnam war where Luther had to isolate himself with his siblings, Diego being busy with the war, Klaus got some time off-the war to share a child with the locals in Saigon.

7. Diversity Of Characters Was Not Present In Gerard’s Comic?

If you have read the comics written by Gerad Way, then you must have seen that the characters belong to the same region and only their special superpowers differentiated them. In the Netflix series Steve Blackman differentiated characters as Allison belongs to Africa, Ben is from Asia, and Diego is from Mexican.

8. Hope You didn’t Miss Monumental Fights In Season One?

In the first season of the Netflix series, the show creators decided to omit various enemies who deviated from the original story in the Gerad Way’s comic The Umbrella Academy. The Hargreeves siblings fought with some of the iconic monuments like the Lincoln’s Memorial and Eiffel Tower, who they considered to be the control towers and workstation of the evil.

9. Did You Have Any Idea About Klaus Telekinetic Powers?

In some ways, Steve Blackman took weird decisions of changing the aspects of the show when compared to the comics while he did miss the others. In one such case, Steve Blackman skipped various superpowers of Klaus that are mentioned in the comics but not in the show. In the TV series, he is only able to speak with the dead.

10. The Transformation Of Vanya’s Character In The Series

One of the biggest surprises for the fans was the transformation of the character of Vanya from a silent girl to one of the dangerous villains of the show. She also developed a love for dating as the duo share common feelings with each other. We can also observe a change in Vanya’s costume in comic and TV show where in the comic she looks like a white Violin wherein the show she wears a simple white costume. Indeed, Elliot Page was up to the mark with her acting skills, and no one can replace her in the role of Vanya.

The Umbrella Academy had brilliant writing, and its production was appreciated by fans and the critics of the show. Fans can watch the show on Netflix. The performance of the cast was exceptional, which kept all the fans on the edge of their seats. All the fans are eagerly waiting for The Umbrella Academy season 3. There is no official release date, but Netflix confirmed that the filming of season 3 has started in 2021.

Must Read: Timothee Chalamet Movies You Must Watch

How To Watch The Demon Slayer Movie