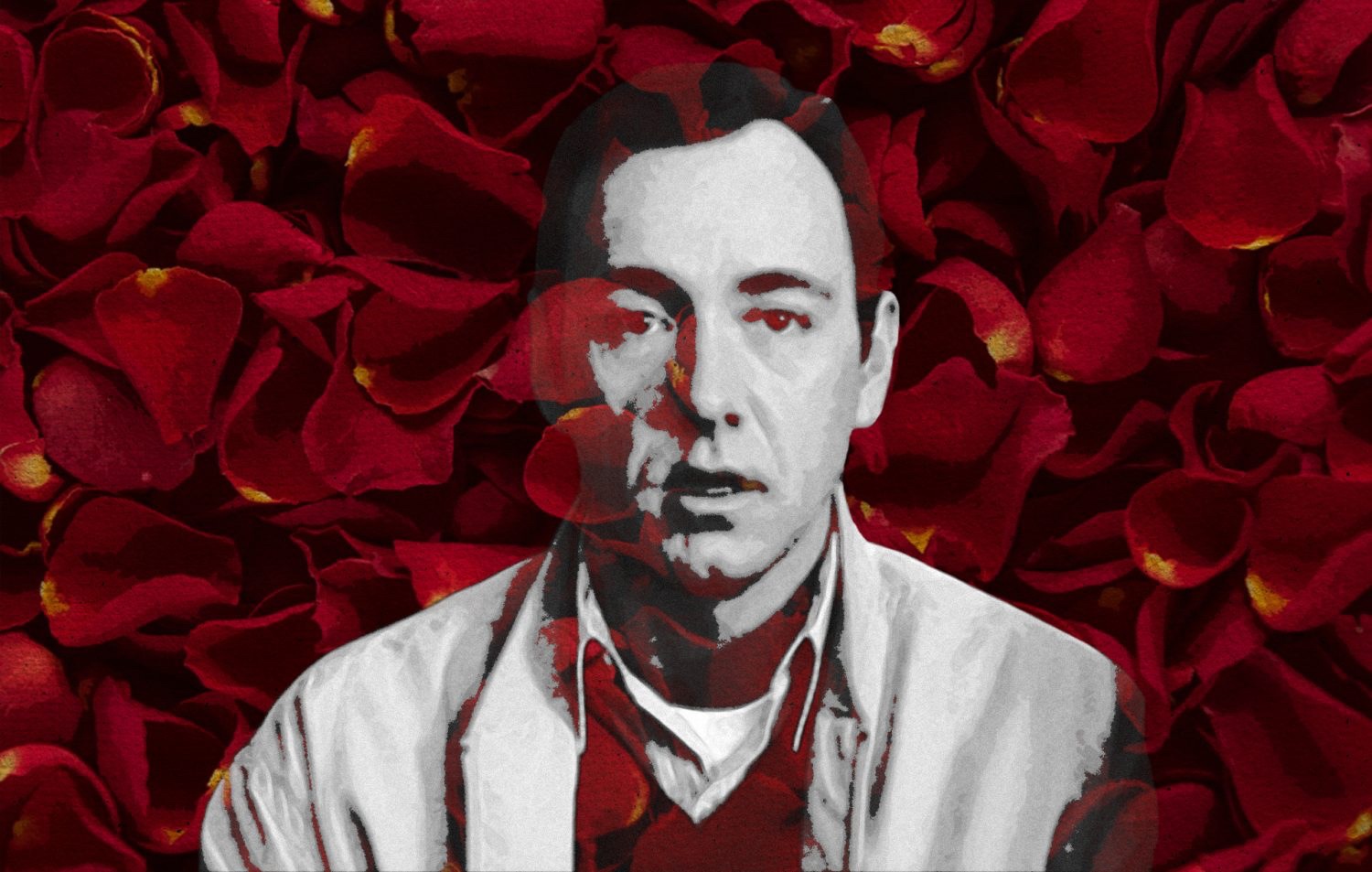 A film about American suburban life set in a quiet neighborhood. What can be so great about mundane life captured in a motion picture? For director Sam Mendes, anything mundane can be just as extraordinary. It was quite known that the film ‘American Beauty’ is a top-notch pioneer for 90s cinema. The film’s breezy echo of popularity started just right after its releasing date in 1999 and already got the title of Best Foreign Film in Czech Lion Awards afterward. It then went on to be the best-reviewed film of the year and grossed more than 350$ million.

Mena Suvari, the actress who played sultry schoolgirl Angela Hayes, became the insatiable newcomer of 1999. Previously, she starred in ‘American Pie,’ another 1999 film that got rave reviews from critics. But nothing comes close to her success in American Beauty as she becomes the movie’s iconic and central attention.

It was not an easy road for a film to be released in 1999 to get on top of the elite view. As we all know, 1999 was the year of evolutionary cinemas. Too many great movies released in a span of a year. Movies like ‘Boy’s Don’t Cry,’ ‘The Green Mile,’ ‘Girl Interrupted,’ ‘Fight Club,’ ‘Eyes Wide Shut’ and Keanu Reeves’ innovative thriller ‘Matrix’ all was released in 1999 which some said to be one of the greatest, civilized, most brilliant year in cinema history. But ‘American Beauty has something that the rest of the year’s films don’t.

And then the scene cuts into her father himself, Lester, in a weird self-talking mode, being philosophical about the world and how he is ‘already dead.’ He takes a bath and touch himself, then said, “This is the highest point of my day; it’s all downhill from here.” This first two-minute monologue by Kevin Spacey soon became the film’s trademark for its iconic yet humane display of simplicity. And at the 72nd Oscars, which was held in The Shrine Auditorium in Los Angeles, California, Kevin decided to, rather jokingly, open his acceptance speech for Best Actor with the monologue, the audience then heard laughing in unison.

This is the film’s chronicle that everyone seemed to know about or at least heard, titled “American Beauty.” Directed by Sam Mendes alongside the original screenplay written by Alan Ball, the film was charming enough to receive eight nominations and won five.  However, years after its release, speculations and conclusions arise regarding the 1999 classics that the film is too abstract, too hard to understand, or too pretentious. Some even said that the film is clearly made only for pseudo-intellectuals who put philosophical meanings in everything and then cries for no reason. But is the film “American Beauty” really all that?

It is not quite clear what’s the main plotline of this movie, but the drama aspect of the movie is so clear to imply that this is a roller-coaster ride of feelings, emotions, and betrayal of perspectives. Kevin Spacey is the dad of one daughter, with an unloving wife named Carolyn (Annette Benning) whose pretty much is going through the midlife crisis phase. He doubts whether or not he loved or loved Carolyn, which then led their marriage to other catastrophes and constant bullfights. His relationship with his daughter is also no better. Like Lester, who is facing a midlife crisis, she goes through puberty and a quarter-life crisis. She fights with her parents a lot and thinks they do not love her. 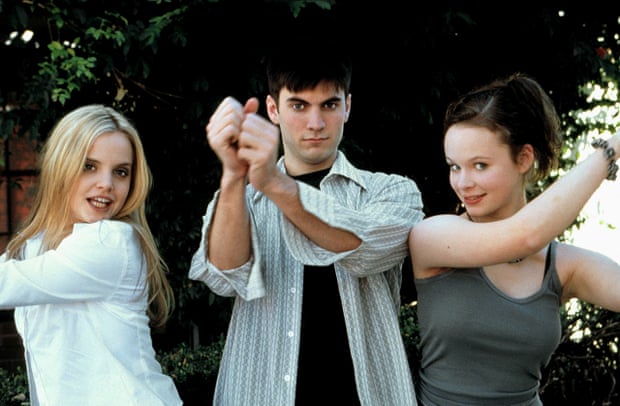 And this is where things get weird and uncomfortable. Lester meets Jannie’s friend, the blonde chick named Angela Hayes, who is charming and delightfully sexy in Lester’s own eyes, that since then, he can’t stop thinking about her. Remember that Lester is a father with a wife and a daughter, while Angela is a high school teenager. He fantasizes a lot to the point where he sees Angela at nighttime while looking at his bedroom ceiling with his wife on the other side of the bed. Flowers came down from the ceiling and poked Lester’s face, who is drowned in amusement. Angela is seen naked, with red rose petals covering her breast and other private parts. This vivid sight of naked Angela soon became another iconic thing about the movie and is set to be the movie’s promotional poster. 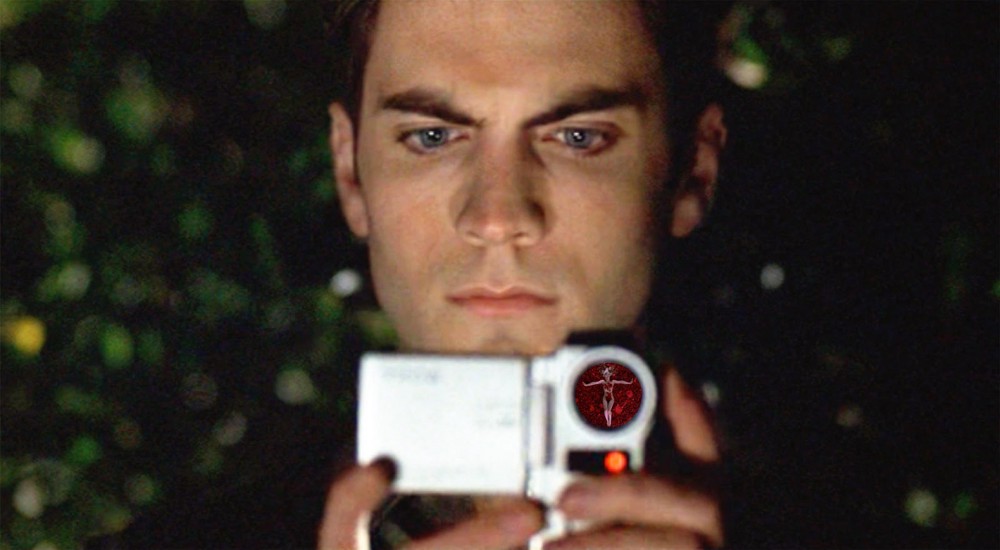 And then there’s Ricky, who’s a total freak about Lester’s daughter, who happens to be her high school mate and fellow neighbor, filming Jannie all along with his Handycam. Ricky has a father named Colonel Fitts, who happens to be bitter and quite suspiciously has a tremendous towards gays. His mother, Barbara, never really talks. And there, the film begins to circle. A mad daughter about his father, an unfaithful wife who cheats on her husband, a freak, a hateful figure, and Lester, the guy in a midlife crisis. 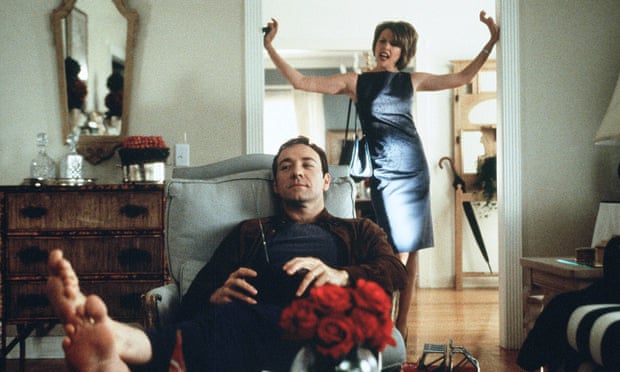 Lester retired himself and began addicted to workout and drugs while making his own little money in a fast-food restaurant. He got his drugs from his neighbor, Ricky. Once Ricky was making a drug transaction with Lester while his father, Colonel Fitts spying through the window. And the scene looked more peculiar than it should be. Lester’s post-workout sweaty body and Ricky’s body movement make Fitts think that his son is having an affair with Lester. Shortly, Fitts beat up his son as soon as he came home and made Ricky leave the house. Fitts came to Lester’s house looking confused and then decided to kiss Lester. Fitts has always been gay. Lester, however, is not, and he was startled. Fitts then returned to his house, came back with a gun, shot Lester, and got away with it. The scene then got phenomenal and even more philosophical. Lester was dead and happy, with the last part of the monologue saying, “How can you be mad when there’s so much beauty in this world?”.

And then suddenly we can’t turn around from our screen. It was monumental, not just for the film but about the essence of cinema writing. In that instant last-minute moment, we finally know what the whole film actually tried to tell us, though that does not mean we can easily interpret everything that has been shown to us during those two hours of motion picture showmance. But the feeling is there. Grabbing our attention and a little piece of the viewer’s hearts.

Fitts turned out to be gay, hiding in secret by being unnecessarily aggressive towards everyone around him. Jannie realized that no matter what everything turns around, she actually loves her father. Carolyn cries some heavy tears while hugging Lester’s clothes in the drawer. Everybody loved everybody, but the stress of life often concealed it. That’s where the beauty of life is actually waiting for us to discover it f only we look closer to the mundane things in life, like a plastic bag drifting to the wind in one of the scenes of the movie. That is the story of ignorance of beauty ended in tragedy. And That is American Beauty.

The director, Sam Mendes, claimed that the movie was planned to have an eerie ending where the Lester family is accused of Lester’s death. He then changed the ending last minute, making it a tale of a suburban family with its intriguing personas. People are putting a face in their day-to-day life and forgetting their own essentials in life, but then reality hits back harder, and their true self arise. American Beauty reminds us that the will to live and enjoy life should have relied on our perspectives on the beauty of life, which can be found anywhere. This message is plain and simple, and this is exactly why everyone feels something while watching the film. ‘American Beauty’ is as striking as it is simple.