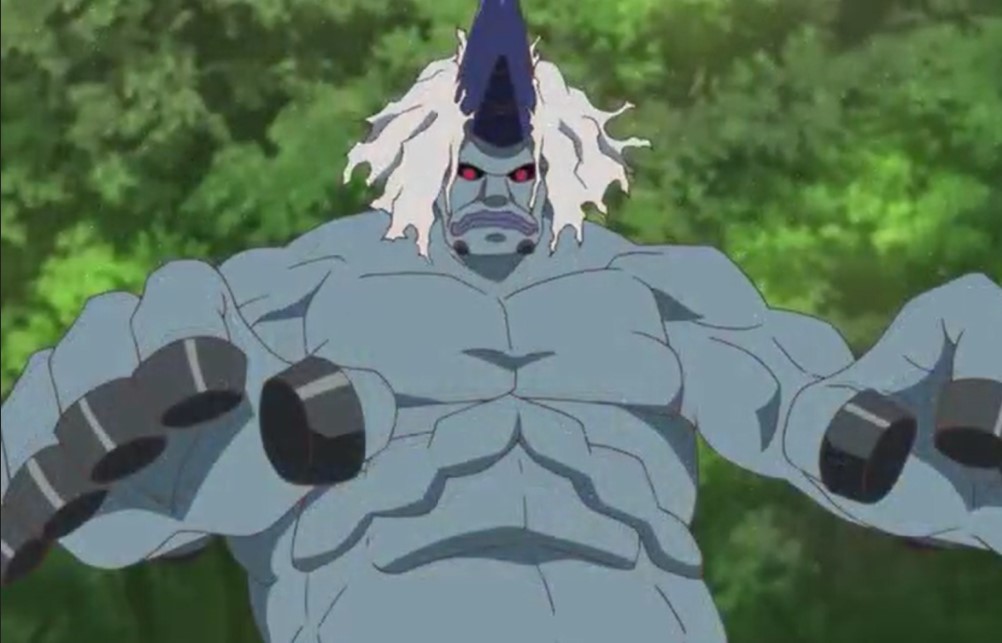 Beautiful Demon Zero has visited the ruling beast Kirinmaru, talking about their plans of destruction. Kinrumaru guarantees that Riku will get everything done, and he trust Lord Riku with his life. Lord Riku is already on his move; he lures the half-demons to Kento’s trap. The Sesshomaru’s daughter has managed to survive the trap and find Kento’s hideout. Kento is surprised that the girls have broken the gate of surprise and the gate of death.

When they appear in front of Konto, he told them that what they did is distasteful. Towa points her sword at Kento, asking where Kirinmaru is. Kento asks Towa what business does she have with Kirinmaru. Towa reveals that she is looking for the Dream Butterfly while Moroha saw something coming her way. Demon Totetsu falls in front of her, and she is wondering why. Totetsu is wondering if Kanoto has messed up with the plan.

Yashahime: Princess Half-Demon Episode 19 will be released on Saturday, 13 February 2020, at 5:30 PM JST. You can get this Anime on Crunchyroll, Funimation, and Netflix. Now you can move to the recent updates of the battle below. 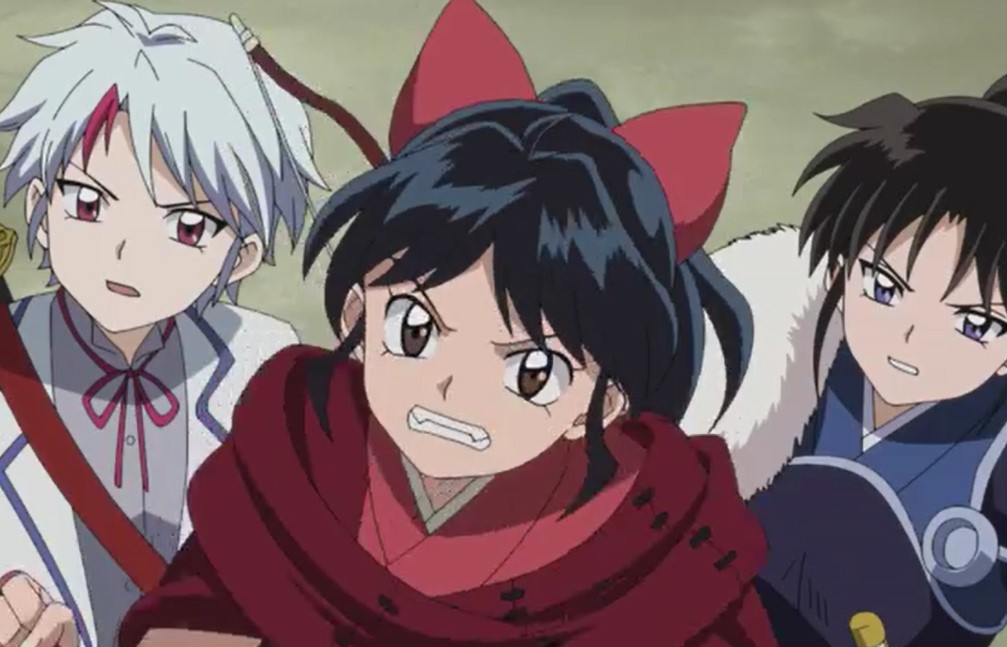 Totestu was the key to the spell that was traping Setsuna and Towa, but when they were destroyed, Totetsu got sent flying. He saw Moroha in front of him and said that he would turn her into namasu. At Konto’s side, he told the girls that they are after something g that Kinrumaru created. Towa comments that she doesn’t care, but she will get Setsuna’s dream back. Kento draws a spell and unleashes two demons that started to clash with Towa and Setsuna.

He thinks that he can steal Towa and Setsuna’s, Rainbow Pearl. Back at the mountains, Moroha unleashes a Dragon Crimson Wave and attack Toitestu. Totetsu bangs with the rock after the attack has landed. Moroha asks Totetsu how the attacks feel like, and he comments that he doesn’t care. He doesn’t want Lord Kirinmaru to be angry with him. Totetsu took out an orange pearl and swallowed and comments that it taste gross.

He started blowing fires from his mouth, attacking Moroha. Totetsu is glad that the Rainbow Pearl is working since he landed a blow that hurt Moroha. At the same time, Setsuna and Towas unleash a spell that turned two demons into stone statues. Kento told the girls that they don’t’ even know the origin of The Rainbow Pearl. They are not worthy of possessing it, and it spells disaster if they are will the Paerl.

He summons a Blue Ogre that cannot be slash with a single blow. The Ogre started to attacks with some slaps that destroyed the ground. The girls manage to dodge the attack, and Towa comments that Kento is using an Ogre like a puppet. Setsuna attacks with Scourge of Swallows that hurt the Ogre, but the wound got healed on its own. Towa reveals that for them to defeat the puppet, they have to aim for the puppeteer.

Towa tries to slay Konto, but he vanishes, and she realizes that he is using teleportation. Konto started attacking Towas with invisible weapons that Towa manages to dodge. Kento comments that the girls are still within the eight field escape trap. They are also still inside the palm of his hand. Setsuna notices that Towas cannot locate invisible Kanto and told her to shift it out. Towa shifted out her half-demon energy and created a vortex of demon energy. 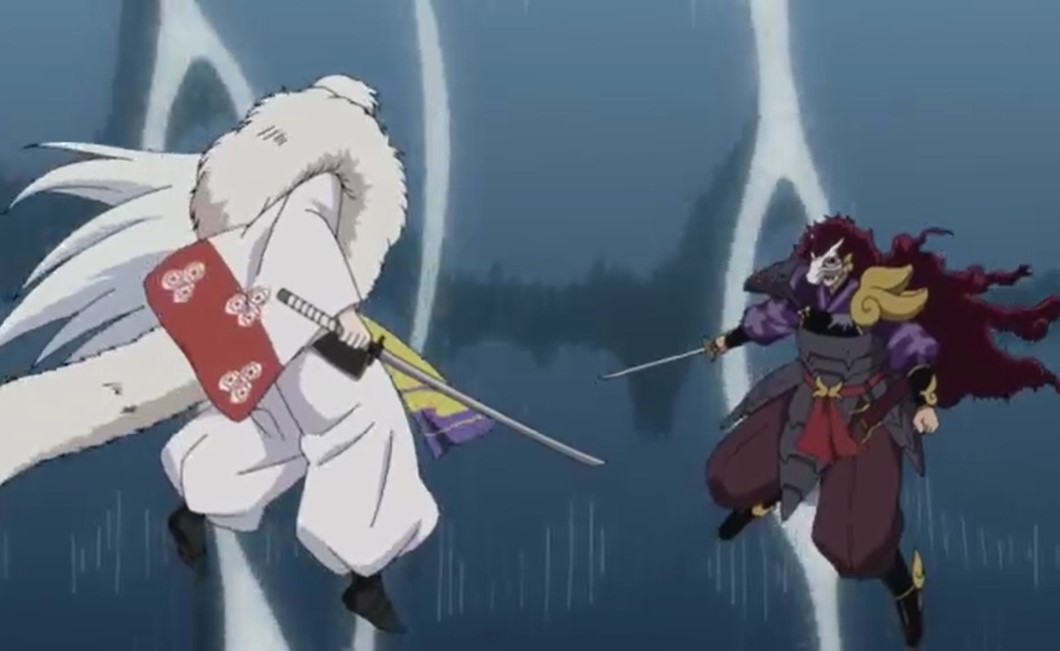 Boss of the Four Perils:

She manages to see all the attacks of Kento, who is surprised how. Towa landed a straight attack inside the vortex and cut Kento’s hand. The invisible Kento becomes visible. Towa comments that Kento must give up and tell her where Kirinmaru is. If he tells her, she will let him go, and Kento refuses while increasing the power of the Ogre. Setsuna told Towa to move and attacks Kento with a Cyclone burst. The attack destroys Kento and the Ogre, and they both vanish.

The two got sent back to the mountains where Moroha is and find her battling with Totetsu. They rush towards Moroha, and Totestu is surprised that the two came back quickly. Moroha comments that the Knonto’s eight field escape has be broken. The trio circled Totestsu. Moroha comments that Totetsu is the only one left of the Four Perils. Totetsu saw that he is getting beaten and decided to flee, but they chased him.

Totetsu manages to reach where Kinrumaru is, and he apologizes for his failure. Kirinmaru told Totestsu to leave since he has invited the uninvited guest to his territory. Kirinmaru just winked and sens Towa, Setsuna, and Moroha flying. Moroha asks who dies he think he is. Kirinmaru told the who he is, and Moroha comments that he is the boos of the Four Perils. The battle started, and Sesshomaru shows up to battle with Kirinmaru.

After a long, intense battle, it ended in a draw, and Kirinmaru comments that Sesshomaru can do whatever he wants. The half-princess demon doesn’t pose a threat to his life. He told Sesshomaru that they would meet again. Sesshomaru land on the ground and told Jagen that they have to leave. Towa, Moroha, and Setsuna wake up and find that Sesshomaru is gone along with Kirinmaru.

You can get more details of how the bottle started here: Yashahime: Princess Half-Demon Episode 18.