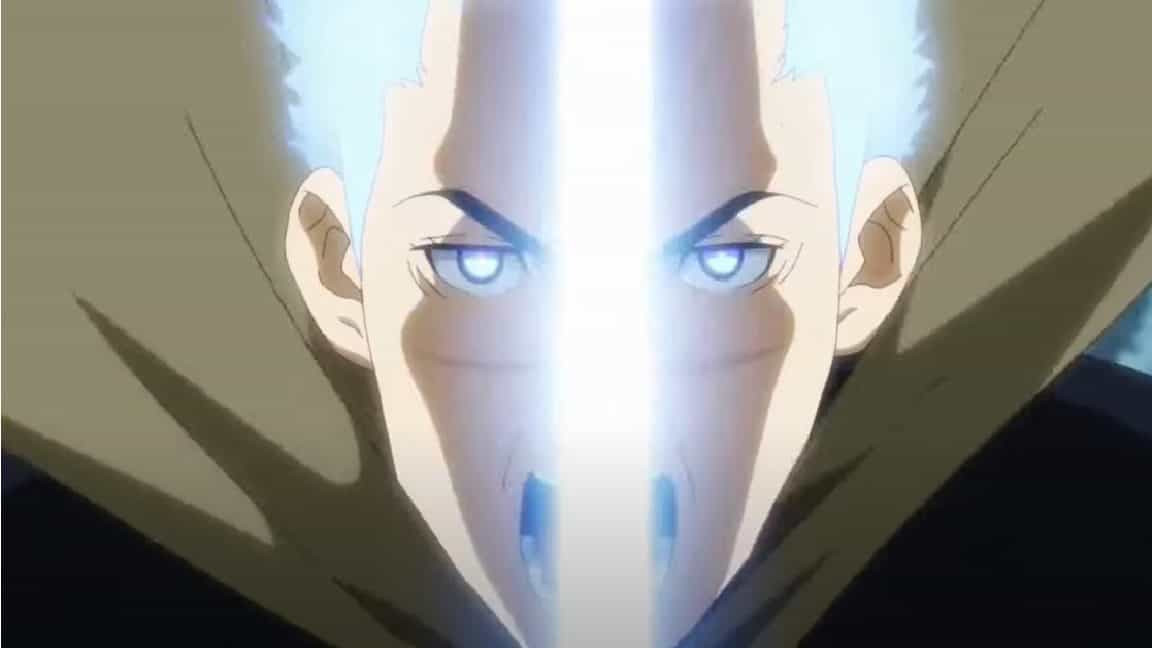 Giant Beasts of Ars Episode 2 is about to be released, and fans have been searching the internet to find any information they can about the show. So here we are, with everything you need to know about the show, the release date of the next one, and more.

Giant Beasts of Ars is an original Japanese anime series directed by Akira Oguro and written by Norimitsu Kaihō. The first episode of the show premiered on January 7, 2023.

The anime tells the story of a time when humans stole the land that was created by the beasts. This angered them, and as a result, they started to eat humans and kill them. To fight these creatures, humans sought the help of the gods and began hunting the beasts. Soon, humans began to take advantage of the beasts by killing them off.

The story follows the life of our hero, named Jiro, who makes his living by hunting beasts. One day, he meets a girl named Kumi, who is being chased by someone. Jiro decides to save her, and together they embark on a new journey that is full of beasts, creatures, mythological weapons, swords, and more. Soon, word spread that a strange experiment was being carried out, and they set out to discover the world’s secrets and more.

The first episode of the show was so captivating and mysterious that fans are eagerly awaiting the next. Till now, the show has gained a lot of attention from viewers all over the world, and people are eagerly waiting for the next episode to air. 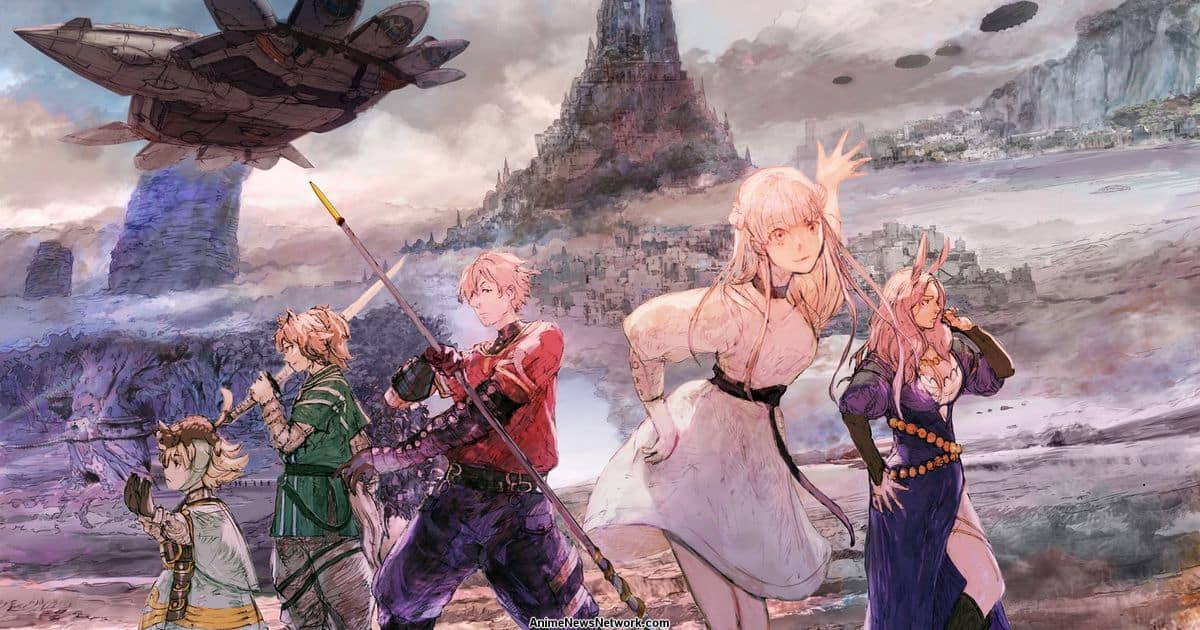 Read More: What Does Onegai Mean In Anime? Explaining the Japanese Term

The first episode of the anime series is called “The Promise That Started It All.” The series started with a scene where we can see two humans, a man and a woman, standing and watching a giant beast approach them. An army of soldiers tried to block the beast by putting up a barricade and was ready to fire arrows, but the beast overpowered them.

The man begins to tell the story of the “legend of the arc,” in which Gods created beasts to exterminate humans, but he abruptly stops after saying that she would be unable to digest the truth. He then went ahead to help the humans and can be seen tapping into the powers of his sword and transforming into a different person. The woman disappeared as if she were the sword herself.

He then went ahead, and with a slash of his sword, he defeated the beast. The people were seen cheering and calling him a Paladin. The scene shifted to the next one, and we see a castle where a young girl broke out of her cell and is seen escaping.

All hell breaks loose, and the girl steals food from the kitchen and runs for her life. She seems normal but has some extraordinary capabilities that separate her from the rest; she can be seen climbing walls and breaking doors easily. The guards called her a “prototype,” which makes us wonder if there is some type of experiment going on in this world.

Upon being confronted, the girl jumps into the ocean to escape. She lands on an unknown ship and meets a drunk man. She greets him and runs towards the town. A group of soldiers came to him, asking about her, and he gave them her details.

While running, she bumps into a fat lady called Kumi, who, on seeing her condition, takes the girl with her, feeds her, and gives her new clothes to wear.

In the next scene, we see a mad-looking Lord Mezami, who seems to be the main man behind the operation. The next day, the drunk man meets a young child in the market, who asks him if he is the famous beast hunter.

The child then goes on to give him the location where he can find his next big hunt, and he goes off. Meanwhile, the child set up a shop of gems, and the little girl came to his shop. We then find out that these gems and the different products in the market are made from the bodies of dead beasts. The girl has her eye on a certain ring, which turns out to be the “ring of power.”

As the child was telling the girl this story, she put the ring around her finger, and it immediately fit her finger. Later, we learn that the name of the drunk man is Jiro, and as they lure a giant beast. Not obeying the usual orders, he jumps in to save a casualty. Then, with a combined effort, they manage to capture the beast. Later that night, the captain comes to take Jiro into his team, but he refuses.

At the same time, we see the girl being pursued by the soldiers, but as soon as she is hit by the arrows, she bursts into a bright light. Jiro saw this, realised that it was the curse of the ring, and had a flashback. A giant beast attacks the town, but the attention of soldiers is elsewhere. They fire arrows at the girl, but Jiro saves her and jumps into the ocean.

Jiro summons his sword and kisses the girl on the forehead, when they have a discussion and she tells him that he can call her Kumi. In the final scene, after their reunion, we see the child observing everything from a distance and saying, “The promise will be fulfilled.” 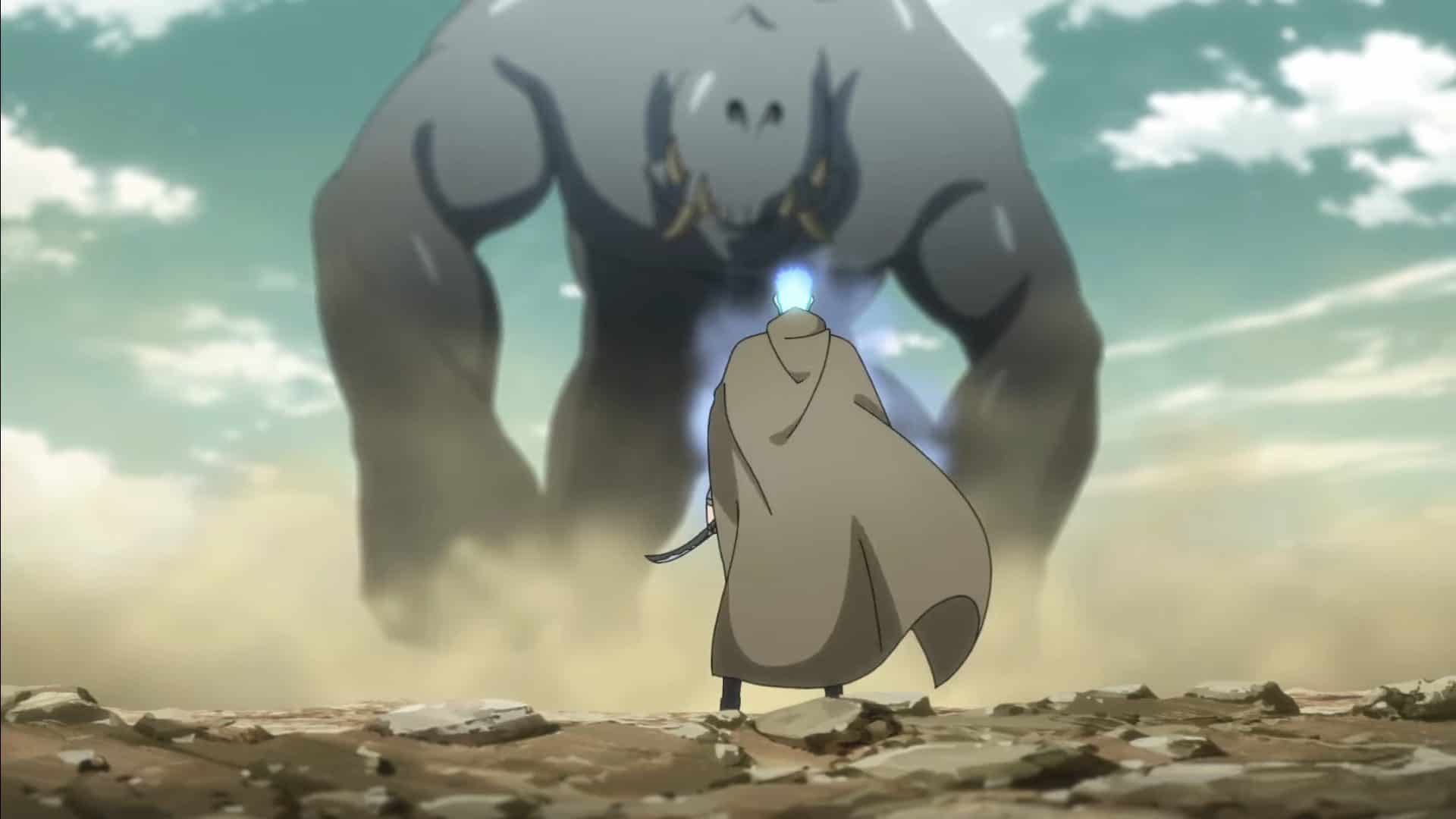 Still from the first episode of Giant Beasts of Ars

Read More: What is Anime? A Look Into The World Of Japanese Animation

Giant Beasts of Ars Episode 2 is named “The Convent Ritual.” In the next episode’s spoilers, we see Mezami obsessed with capturing Kumi, while Jiro vows to protect her. We learn that Kumi has embodied a strong power within herself that can destroy everything, so she tries her best to control it, but it is not that easy.

We also see Jiro and Kumi fighting the beast together and saving the town. It will be interesting to watch the further episodes to get the answers to all the questions. Who really is Jiro? What exactly is this cursed promise? What type of experiments is being conducted within the castle? As the episodes are released, it will be fun to see how the story unfolds for our characters. 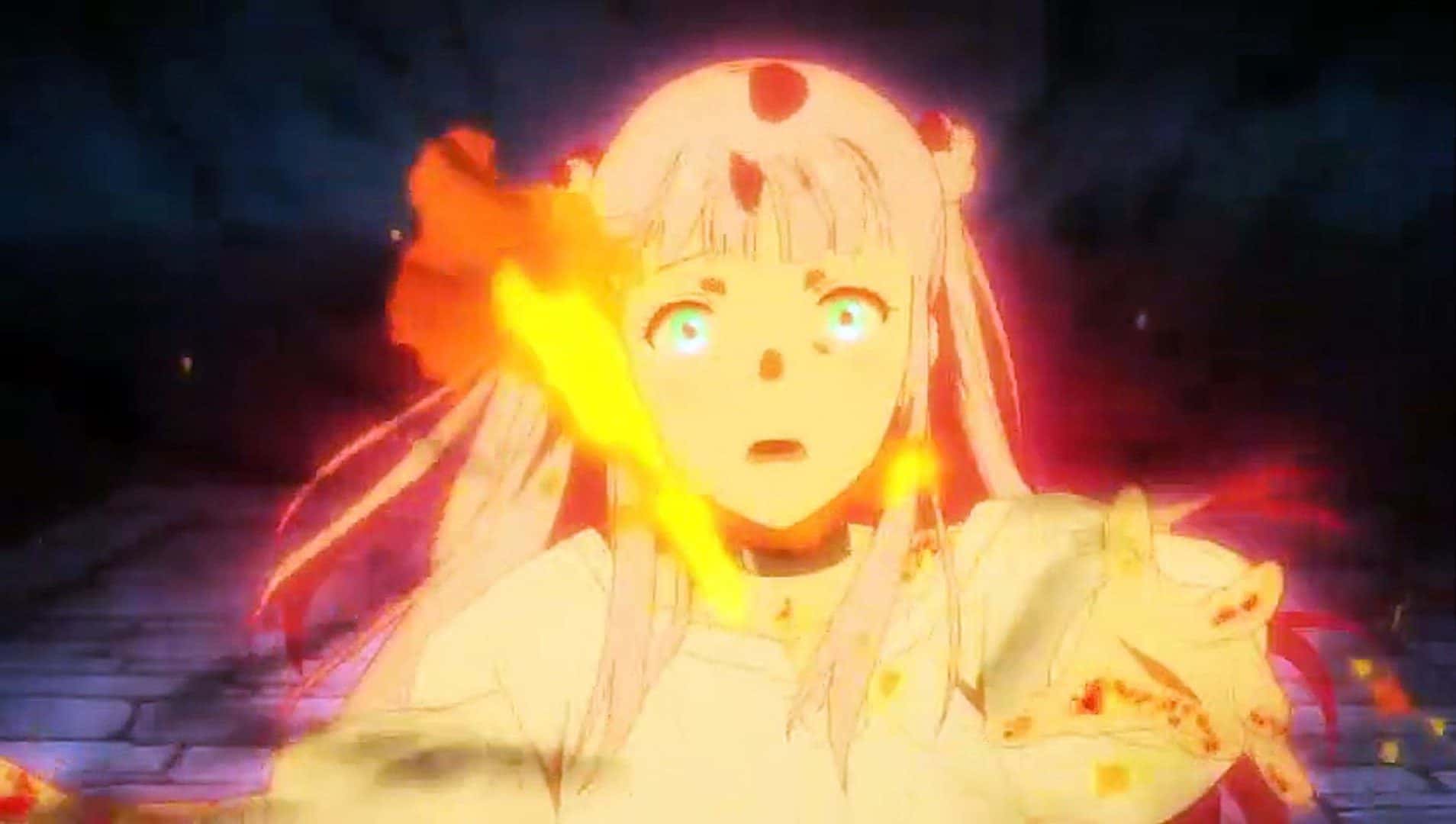 Kumi from Giant Beasts of Ars 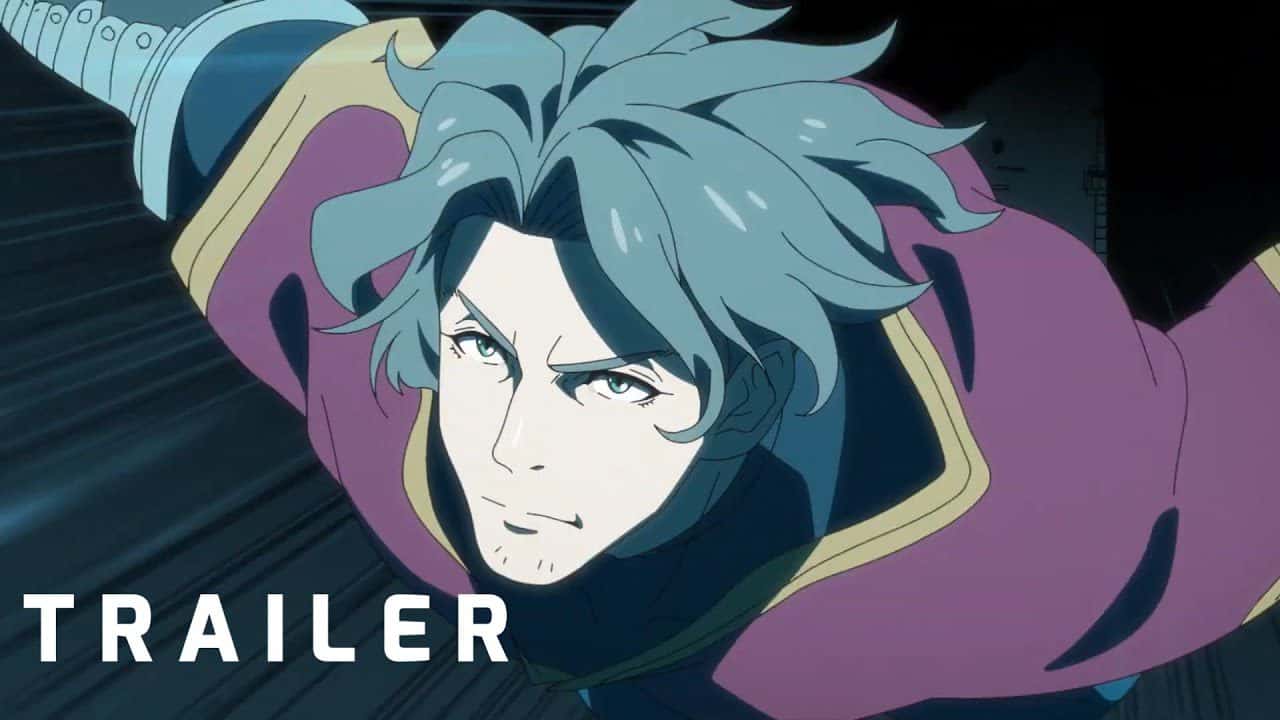 Jiro from The Giant Beasts of Ars

Giant Beasts of Ars Episode 2: Where to Watch?

Giant Beasts of Ars Episode 2 will officially broadcast on MBS. Apart from that, the show can also be watched on HiDive and other streaming platforms.