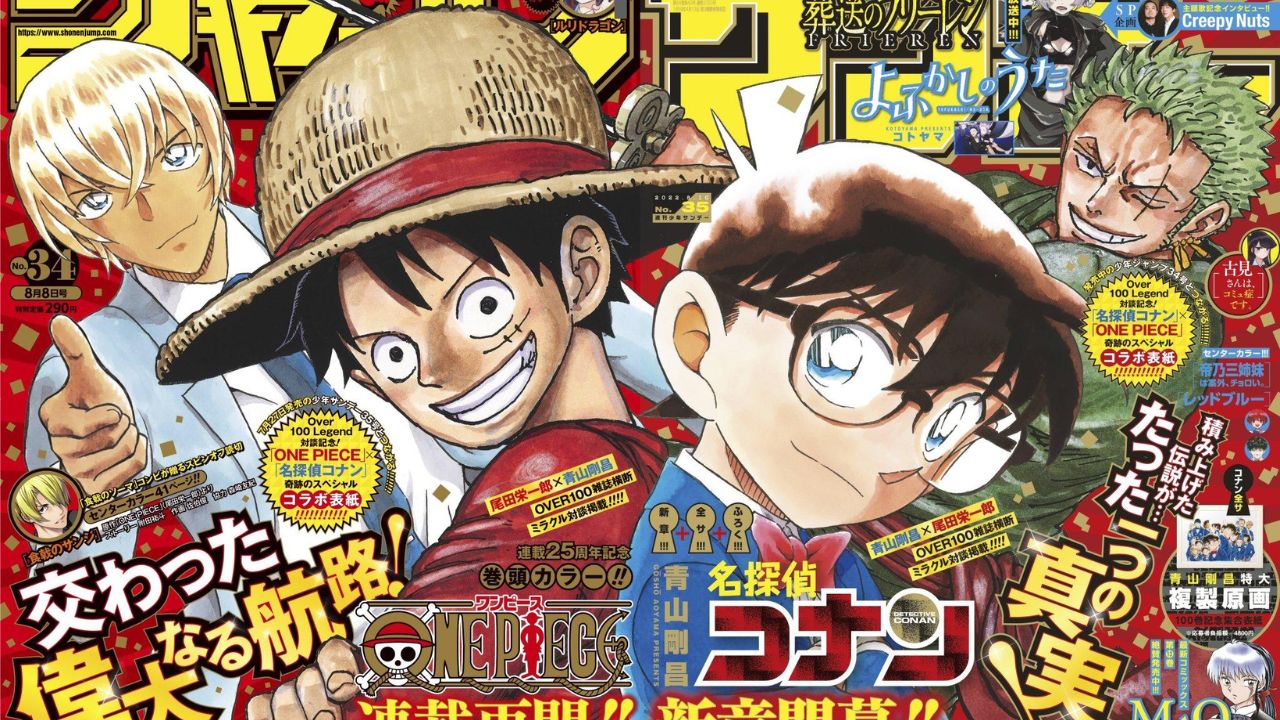 Without any further ado, let’s take a look at One Piece Chapter 1054 full summary and some of the leaked images (raw scans). Here we bring you the latest updates on the One Piece series.

As we discussed in the One Piece Chapter 1054 Spoilers article, it is confirmed that a double-spread color image will highlight the current four emperors at the start of the chapter. On top of that, Luffy and Tõru Amuro from Detective Conan will be on the shonen jump’s 34th issue. The title of One Piece Chapter 1054 is true “Flame Emperor”. 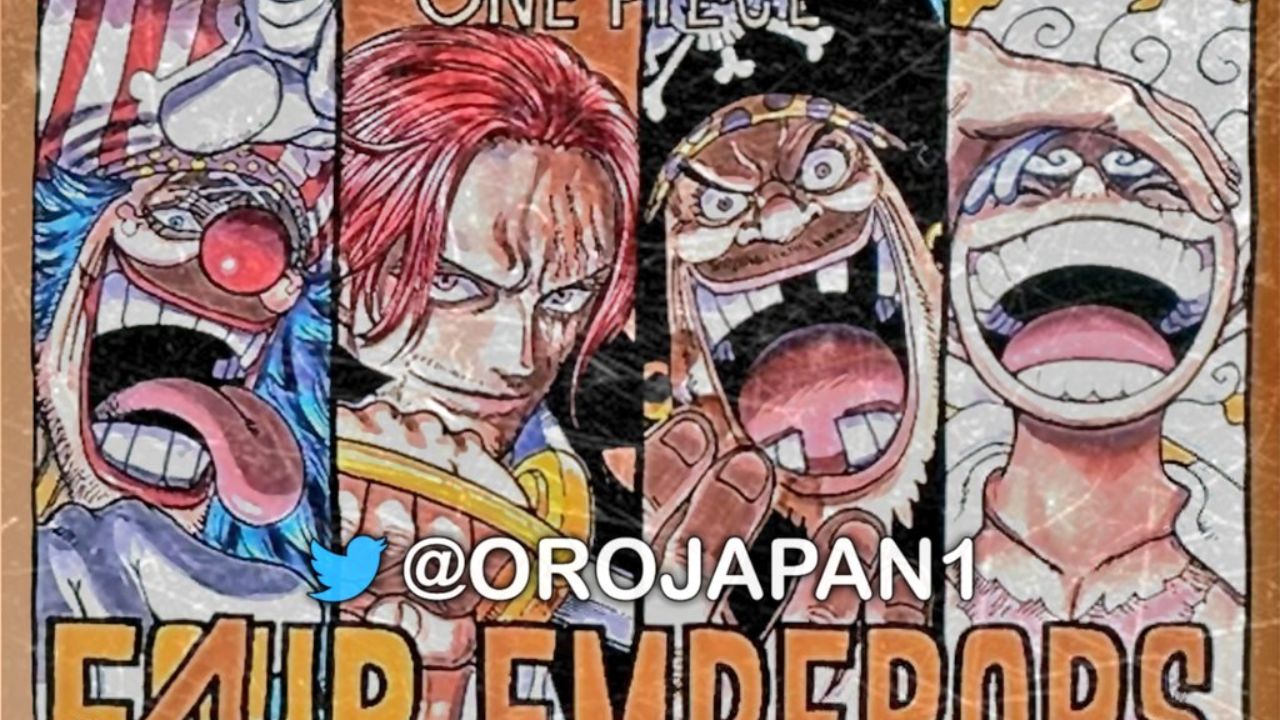 The full summary for One Piece Chapter 1054 says that the chapter will continue in Wano, where Aramaki is continuing to approach Flower Capital. The Red Scabbards notice that someone is approaching Flowe Capital. Kinemon suggests that they should check it on their own and not disturb the celebration. While Aramaki is approaching Flower Capital, he is thinking about Luffy’s ability to influence others. He thinks that it is something hard to achieve. The Red Scabbards consisting of Raizou, Shinobu, Inuarashi, Denjirou, Nekomamushi, and Kawamatsu, appear in front of Aramaki to stop him.

The Leak image of ADMIRAL GREEN BULL vs SCABBARDS

The Red Scabbards figure that he is someone from the marines and Luffy’s enemy. Aramaki tells them to get out of his way and uses his power. While Aramaki uses his powers, he tells them that they do not know anything about the outside world and have no right to stop him. He touches the ground with both his hands and grows plants to attack them. “I am the user of the “Mori Mori no Mi”, a “forest man”!!! I am nature itself, the father of all life like the “sea”!!!” says Aramaki. A note says that when Aramaki uses the word “forest”, he means Logia.

Aramaki goes on about the life lesson that he is going to teach the red scabbards. He says that lower creatures and discrimination are what give a living purpose. Aramaki is ready to kill thousands in order to capture Straw Hat Luffy. Then Yamato arrives and hits Aramaki in the head. Whereas Momo also arrives and transforms into the dragon trying to imitate Kaido’s attack. Momonsuke decides to stop Aramaki alone.

Shanks and the red-haired pirates

The second highlight of One Piece Chapter 1054 is about Shanks and the red-hair pirates near the sea of Wano. Everyone expresses their desire to meet Luffy. After watching Luffy’s wanted poster, Shanks reminisces about the time he stole “Gum Gum” fruit from the marine’s battleship where young Who’s Who was present.

Later, Shanks tells the crew that he does not have the intention of meeting Luffy and must take care of Bartholomew, who burned their flags. As they embark, Shanks goes and sits next to Beckman and tells him that they must join the fight for the “One Piece”.

The Leak image of SHANKS and BENN BECKMAN

In the navy headquarters, a meeting is taking place with Akainu, Kizaru, and an unknown character. He tells them that they should not let the revolutionary army do as they want. He shows them the newspaper where Sabo is referred to as the hero in the new world named “Flame Emperor”. The title of the newspaper says that  “Sabo murdered King Nefertari Cobra of the Arabasta Kingdom”.

The Leak image of the Newspaper about Sabo and Cobra

The unknown marine tells them about the incident that occurred in the reverie. Where the revolutionary army freed Kuma and declared war against the World government. The princess of Alabasta, Vivi is also seemed to be disappeared, which is one of the news. The unknown character is revealed to be Kurouma (Black Horse) and is the Head of the Marine Criminal Investigation Service whose real name is Tensei. He says that Sabo is the one pulling all the strings. In the end, Akainu expresses his desire of how he has become the fleet admiral at this time and that he will stop all of them while he is gazing at the sea.

The Leak image of AKAINU.

"Looks like I've become the Fleet Admiral in this damn moment it. But no matter what is coming… I will finish them all!!!"

The chapter will be available to read on VIZ once it is released on July 24th, 2022.