Selena Marie Gomez, who is also known as Selena Gomez, is an American singer, songwriter, and actress. Gomez started acting in a show called Barney & Friends in the year 2002, and then she worked in a movie for the first time in the movie Spy Kids: Game Over, and then she acted in many Disney TV shows, such as The Suite Life of Zack and Cody, and the Wizards of Waverly Place, and that was the first time Gomez sang a song, which became a hit, and then she continued to act in many TV shows, films, and animated movies.

Selena Gomez began her career in music as the lead singer of Selena Gomez & the Scene. Before making the breakup official, the band released the albums Kiss & Tell, A Year Without Rain, and When the Sun Goes Down. After that, Gomez launched a solo career with the album Stars Dance, Revival, and Rare. Her two subsequent solo albums featured the chart-topping single “Lose You to Love Me.”

Gomez has sold over 22 million singles and over 7 million albums worldwide. She has won numerous awards, including Women of the Year in 2017. She was ranked as one of the 100 most influential people in the world. She has a very large fanbase on social media as an actress and singer. She also has a clothing line, a makeup line (Rarebeauty), handbags, and a fragrance line. She has also worked with many charitable organizations.

The baby break up – Nick Jonas

The Disney Channel stars Selena Gomez and Nick Jonas dated in the year 2008 for a short period of time. They were a cute couple back then. Gomez was also quoted in an interview in 2015 saying, “We were babies. That, to me, was like puppy love, you know. It was very sweet.” With the Twilight star – Taylor Launter

Gomez and Taylor Launter had a brief dating romance in 2009 before he dated Taylor Swift, who is also Gomez’s one of her closest friends. Clearly, they both remained on good terms. 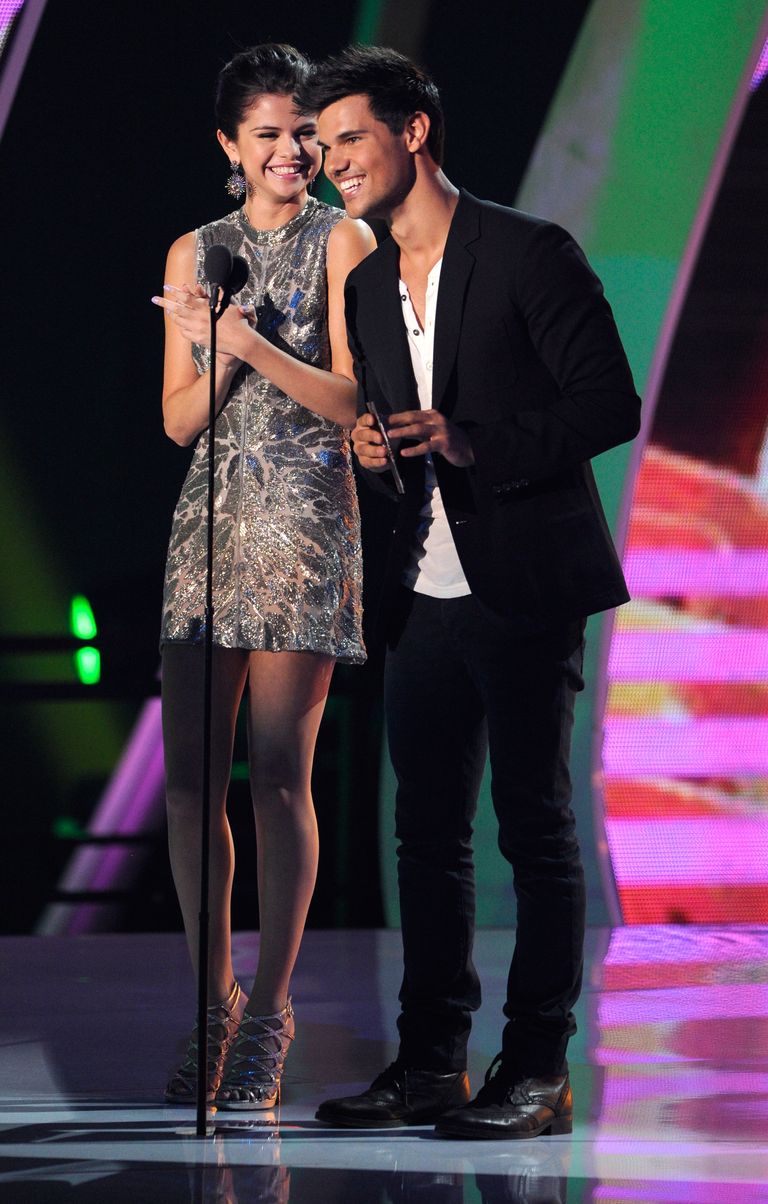 At first, both singers claimed to be more like siblings. In 2011, the singers were seen eating pancakes together, and rumors started spreading, but the singers denied it. But later on, they confirmed their dating status in 2011. But shortly after, they separated in November 2012. They started dating in April 2013.

Then, at the Billboard Music Awards, both of them were seen kissing in the backstage area, which disgusted Taylor Swift. They continued to date through April 2014. Then they fought after Selena allegedly found photos of Kylie Jenner on Justin’s phone, and they broke up. 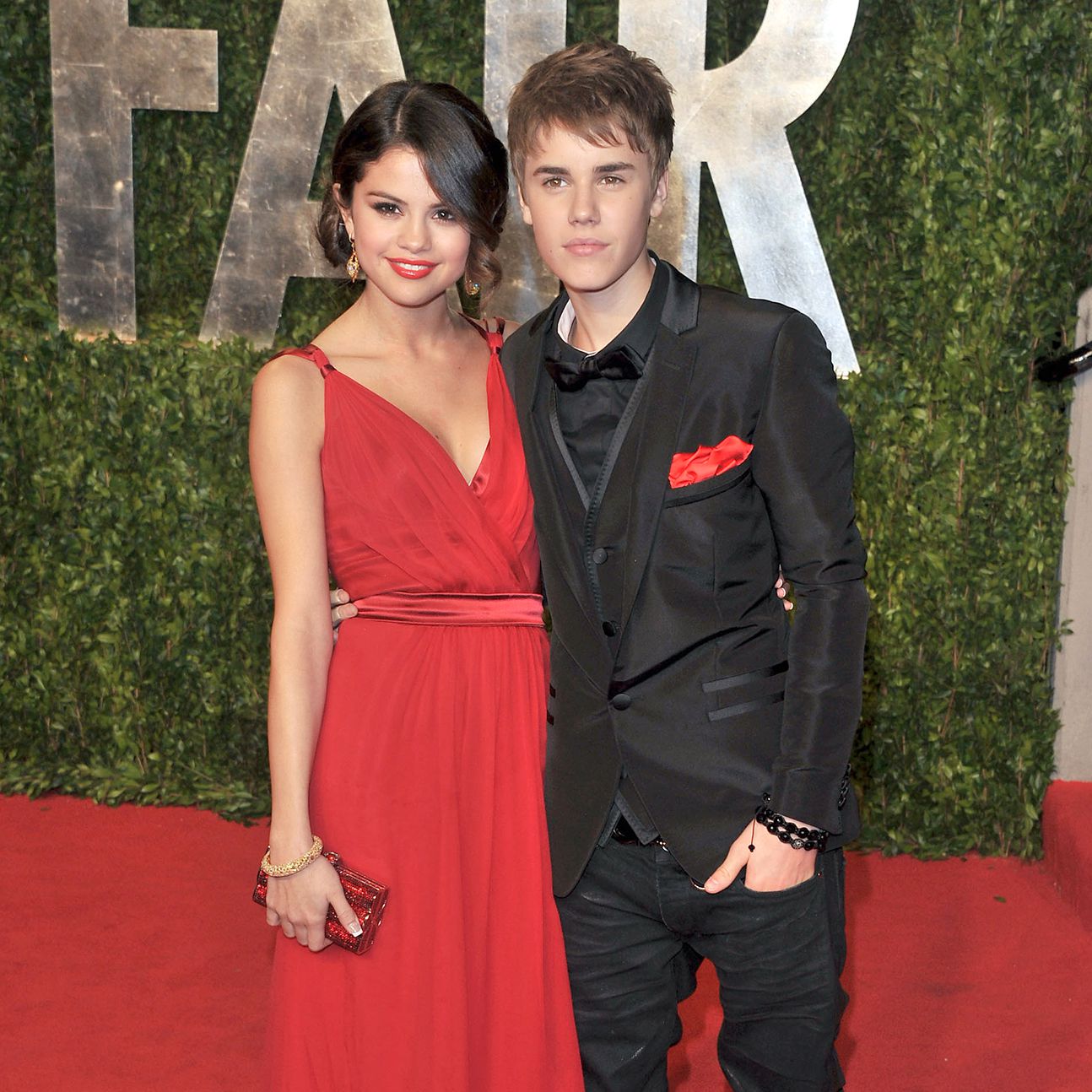 It was allegedly reported that Gomez and Bloom hooked up to make Miranda Kerr and Justin Bieber jealous after the two flirted at the Victoria’s Secret Fashion Show. But both of them denied the relationship after they were seen together spending time in Las Vegas in 2014 and 2016. Days later, Gomez shared a tweet from Bloom’s girlfriend, Katy Perry, in which she referred to the relationship rumors surrounding the two as a “dumb conspiracy.” 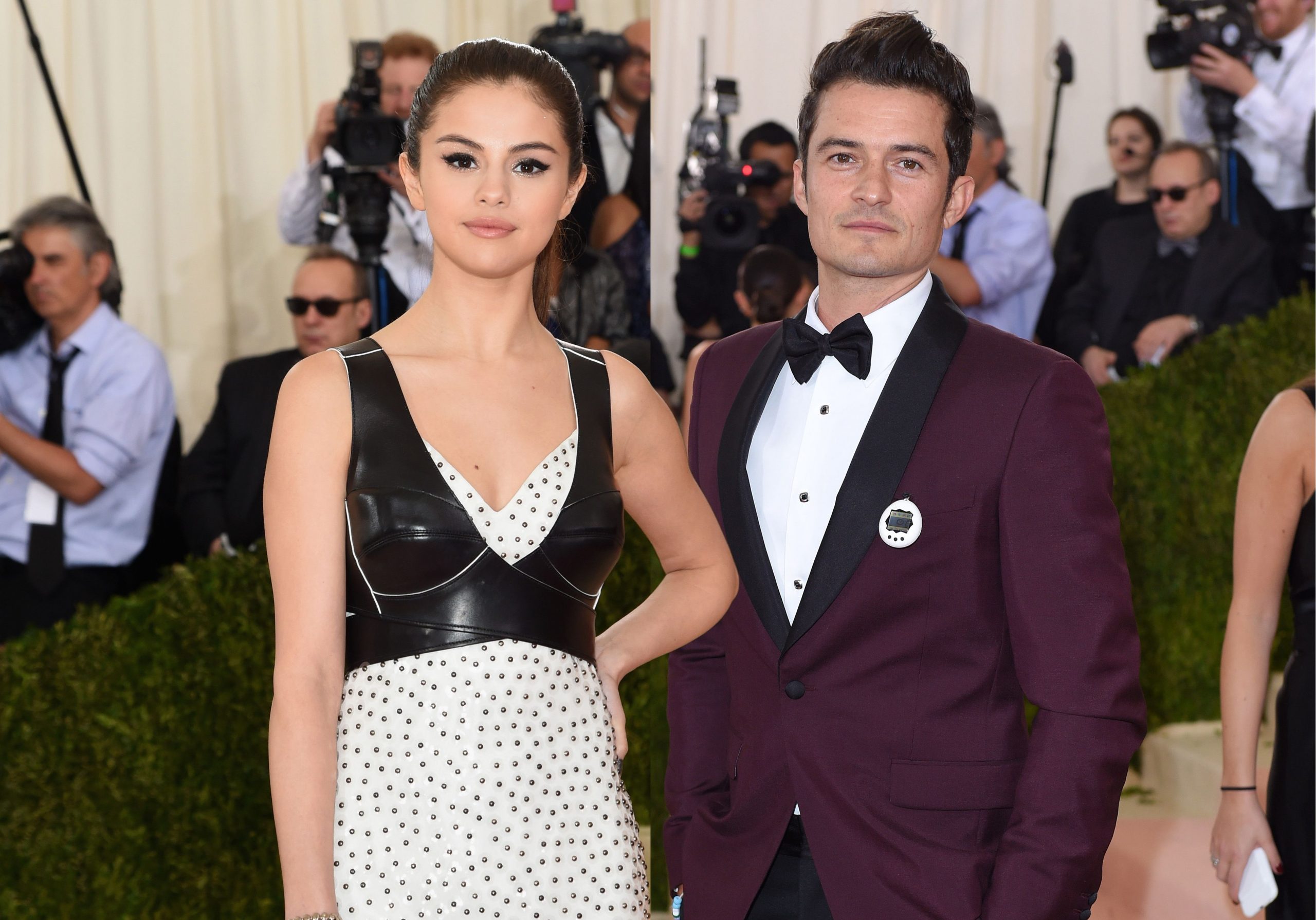 After a couple of months, in June 2014, Justin posted a black and white picture with the caption “Our love is unconditional” and confirmed that they were back together. Up until October, Selena and Justin were able to maintain their relationship. However, tabloids then claimed that their breakup was due to Justin’s “secret liaisons” with Kendall Jenner. The I Want You To Know song collaborators started dating in the year 2015. “I adore Zedd a lot, and I definitely had a thing with him, which was nice,” Selena revealed to the New Zealand radio show The Edge Afternoons on June 30, 2015. Then they broke, and Zedd quoted, “Reporters were calling my parents. People were hacking my friends’ phones. I was pissed. [Although] I kind of knew what I was getting myself into.… She is one of the most talked about people in the world, but I had no idea how much that would change my life.” 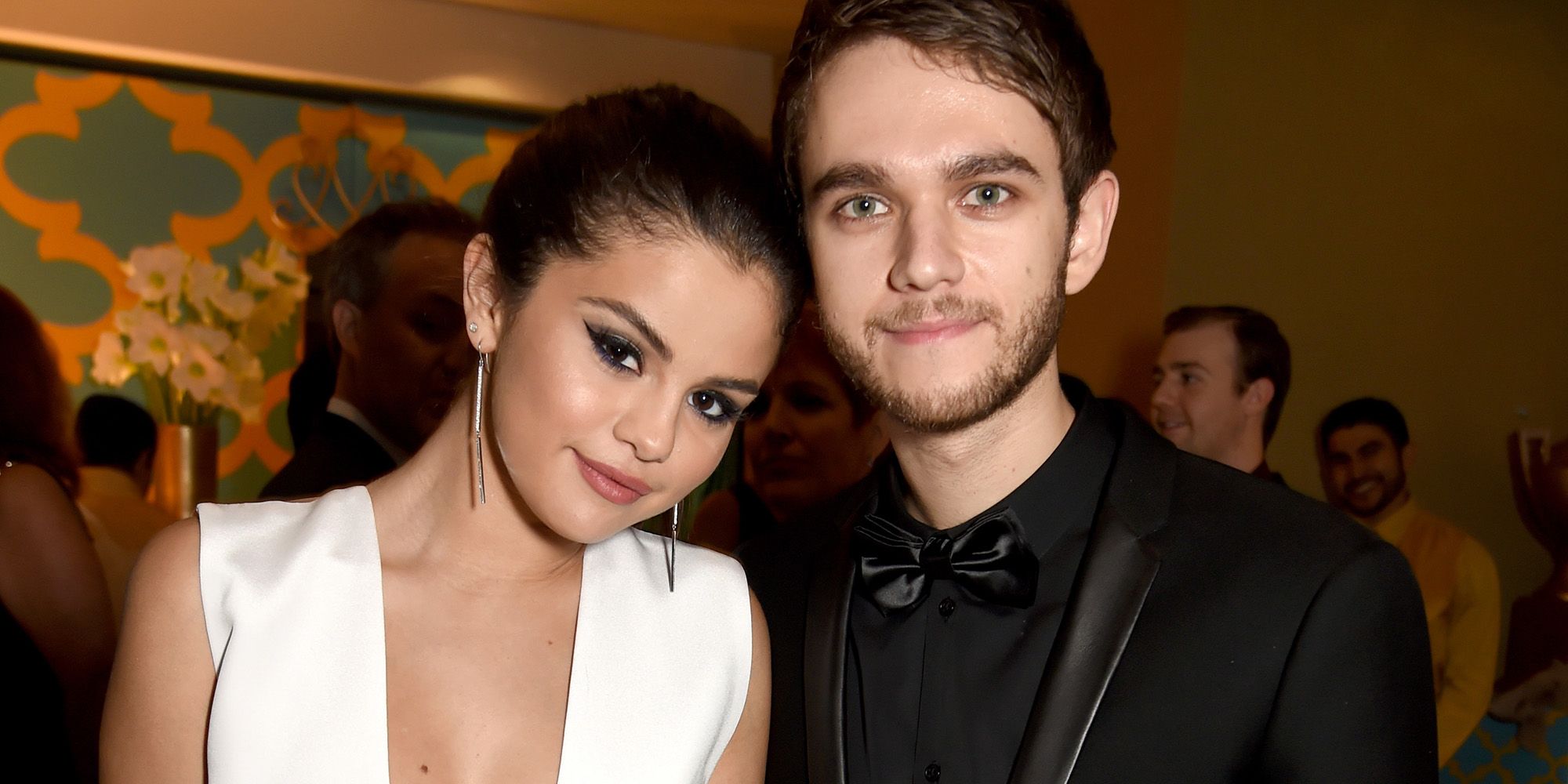 At the Santa Monica Pier, Gomez and Niall were seen on a date, and they were also seen kissing at Jenna Dewan-Tatum’s 35th birthday party. However, Selena friend-zoned Niall when Entertainment Tonight asked if they were dating, saying, “Oh my god! No, I love him. I always have. He’s amazing. ” Gomez briefly dated Fyre Festival’s booker and also Gigi Hadid’s friend. Samuel confirmed their relationship on Instagram by posting and commenting, “Selena is a real girl with a real heart and real feelings. All you superficial who are just unhappy with your love lives understand that love is real. Although we have ventured on separate paths, at least I know that love exists. I love you, Sel.” Gomez and Puth collaborated on a song called “We Don’t Talk Anymore.” They were rumored to be hooking up in March 2016. In an interview with Billboard, Charlie admitted that he said the relationship was “very short-lived, very small, but very impactful. And it really messed me up. I’m trying to put this the best way possible: It wasn’t like I was the only person on her mind. And I think I knew that going in—what I was getting myself into. Gomez and the Weeknd broke the internet and surprised the netizens when they were found kissing in Santa Monica. They finally went to Instagram officially right in time for Coachella in April 2017. The next month, they went red carpet official at the Met Gala. Selena ended up having a kidney transplant in September, and despite reports from people that The Weeknd was “one of her biggest supporters,” they split up the next month. In October 2017, Justin and Gomez were seen having breakfast together, riding public bikes together, and kissing at hockey games. Unfortunately, March 2018 hit, and the couple once again broke up. 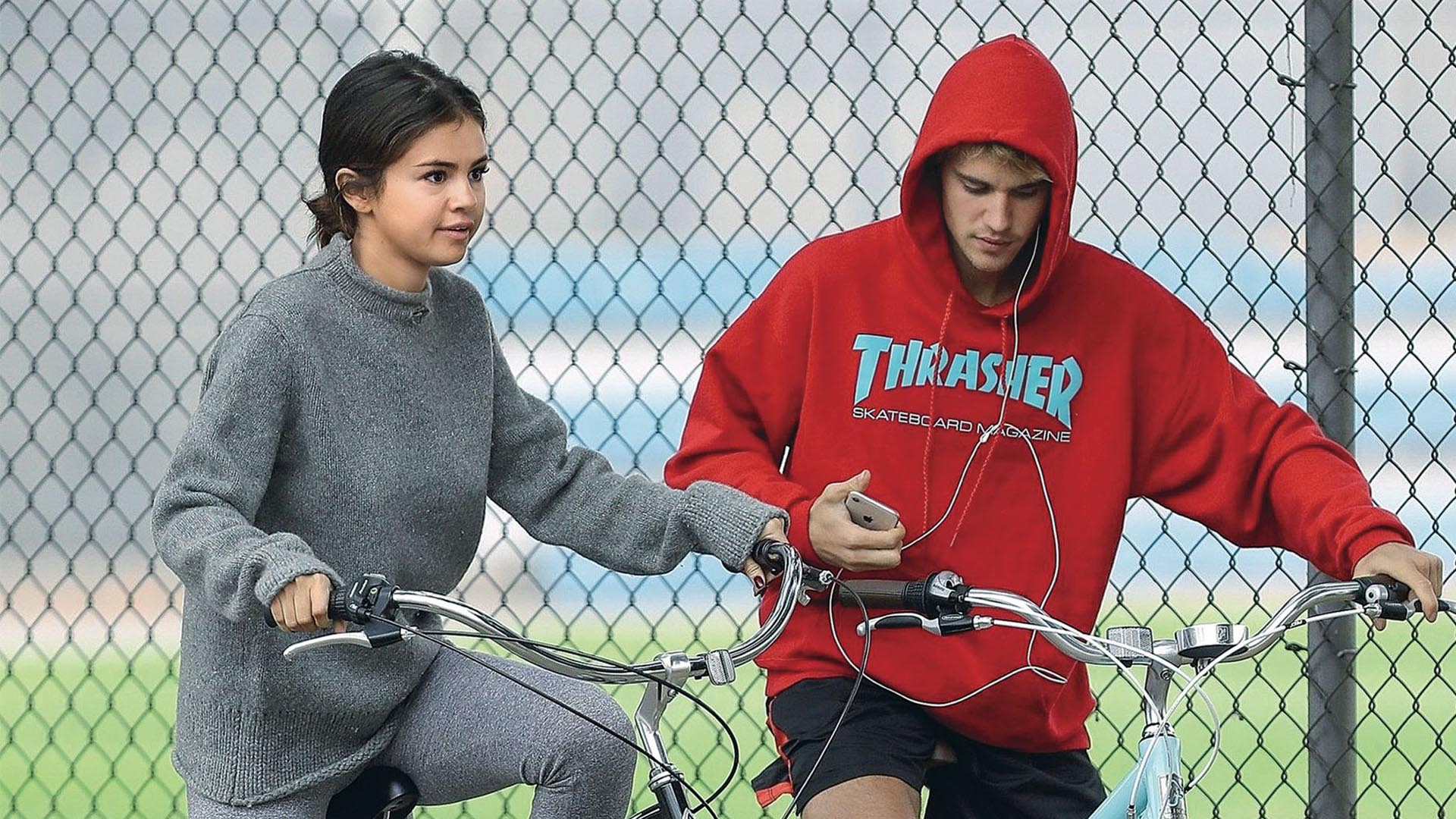 Then, in October 2019, there were rumors that Gomez was seeing Niall Horan. Furthermore, Selena and Chris were allegedly seen together in Los Angeles. When it became known that Chris was, in fact, seeing a Portuguese actress, the rumors were put to rest. In a TikTok video from more recently, Selena also made a direct statement to the camera, saying Selena also more recently hinted at her dating status in a TikTok where she directly said to the camera, “No, I’m fine. I’m totally fine being single, and it’s a real thing. It’s fine.”