American Dad Season 18 Episode 18 will be another episode chronicling the adventures of Hayley. This time her boyfriend will be involved in it too. But when wasn’t he “not included” right? For instance recently on the show too, we had Hayley going crazy upon meeting a new friend in the form of Eunice. As they say, bad influence can really turn you around and so did Eunice. Hayley continued taking inspiration from her and went against her family. All because she doesn’t want to be like her mom or family but definitely like Eunice.

This want turned Hayley to even change Jeff and his ways. So to retaliate, her mother Francine decided to take matters into her own hands. For every bad behavior coming from Hayley taking inspiration from Eunice. Well, Francine had a reply of her own and a plan of her own. In the process, she got Jeff on her side. When the water came to head, Eunice fought her parents and parted ways with them to go back to Eunice. But there are sinister plans behind this and what are they exactly? Let’s find out.

Previously on American Dad Season 18, we opened up with Hayley meeting one of her new lab partners. A 98-year-old Eunice is quite cool herself. Since the time she met her, she can’t stop talking about her. So do the family breakfasts become about her. There are several opinions and advice are thrown here and there but Hayley ignores them. Francine is jealous of the fact that Hayley wants to be like Eunice when she grows up. So Francine pays effort to tell her one way or another she is gonna end up like her. 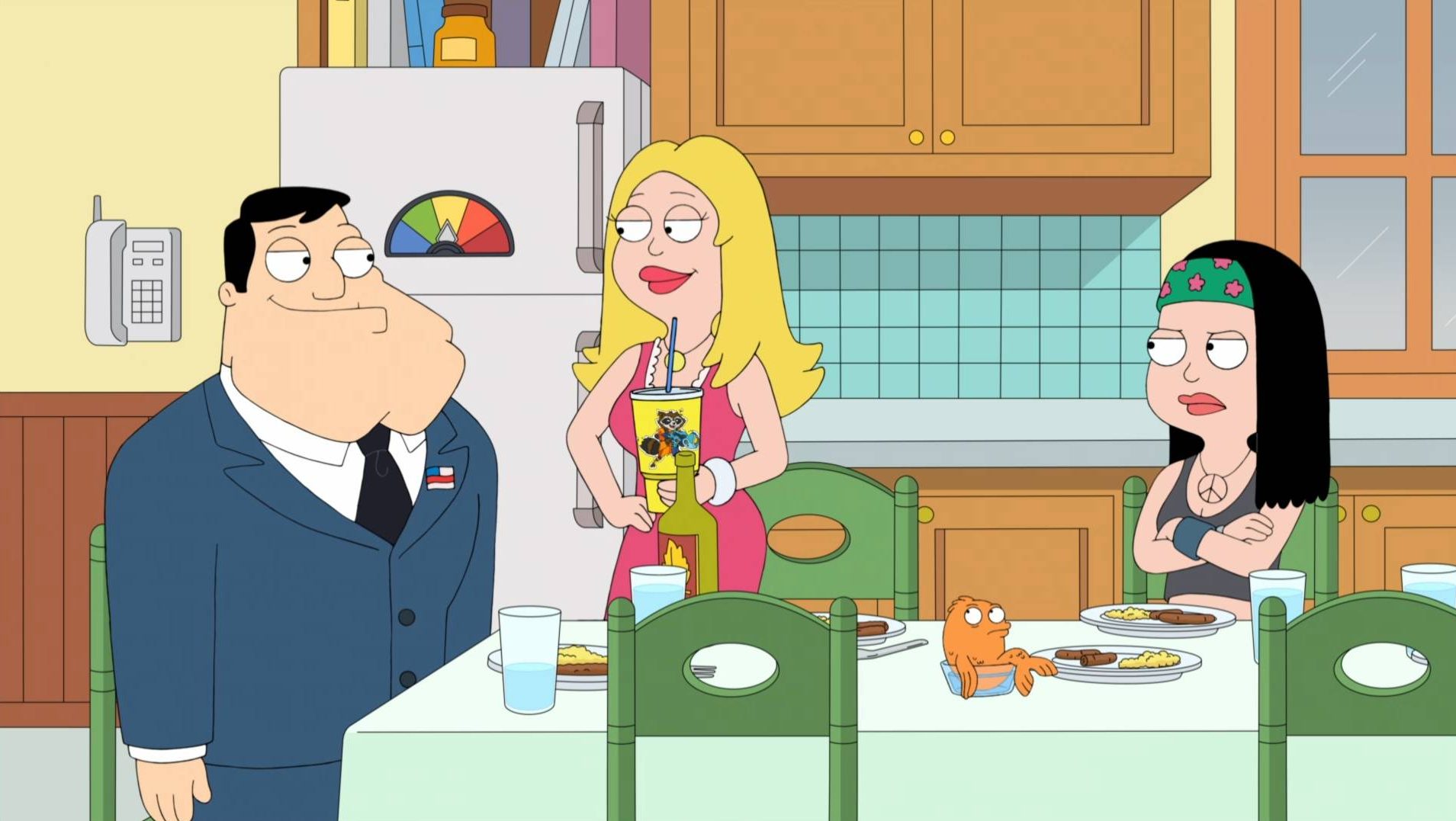 Roger may end up teaming with Steve and his friends for his show. On Hayley’s side, she eventually starts realizing how much more she is like her mom. She starts working on herself hoping to change her and has wild dreams of them. One thing different about them is their beau choice with Jeff but even he seems to be like her mother too. Now she wants to change Jeff’s way around as well. But Francine ends befriending Jeff while Francine decides to move out and spend time with Eunice.

As Hayley learns more about Eunice’s achievements, she ends up meeting her husband as well.  Taking inspiration from Eunice, Hayley ends up taking the wrong decision to part ways with her mom and family. Also taking Jeff away. They end up at Eunice’s home who has sinister plans for them.  While Hayley’s tattoos irk Eunice, Stan and Francine make it to Eunice’s as well. 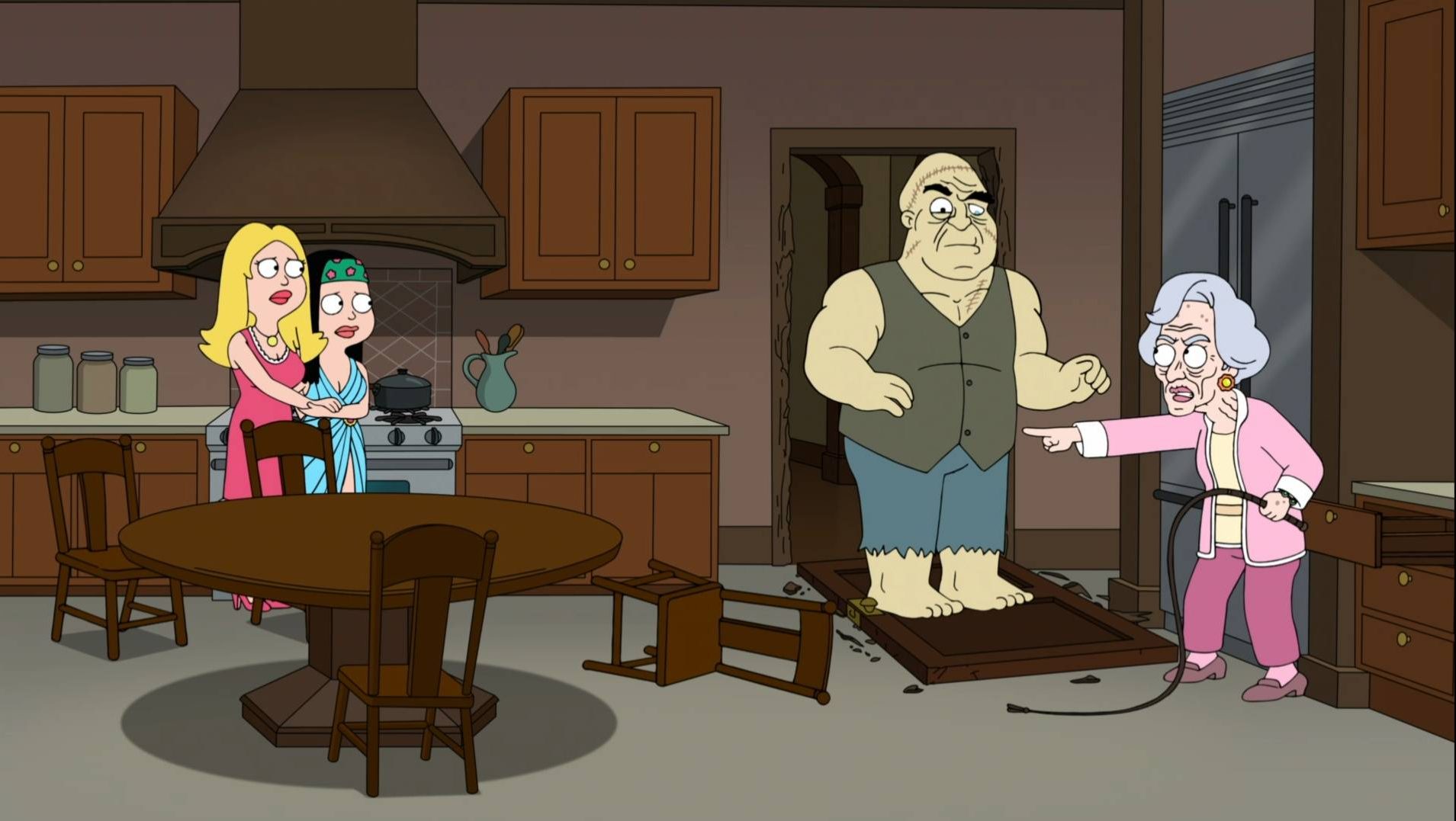 Stan discovers the secret lab of Eunice’s. Francine and Hayley’s fight irritates Eunice and she ends up revealing her secret identity of being an evil scientist. With her bulky pawn Morbo, Eunice captures them both. On the experiment tables, Francine and Hayley end up making up and even brainwashing Morbo and he turns on Eunice and her husband. The episode ends with the family reconciling.

American Dad Season 18 Episode 18 is titled,” Dr. Sunderson’s SunSuckers.” The official synopsis of the episode says we will be in for another Hayley-centered episode. But this time Jeff will be joining the frame as both of them will join hands to help one of Roger’s personnel run a solar company. Now we guess we know about Roger and his controlling persona. Plus, Hayley’s got her own stubbornness that plays in for her part. Between them is Jeff. Now the question remains for this new personnel and how would he be like. All of them coming together definitely calls for havoc to be remembered for.

Also Read: Best Animated Tv Shows Of All-time That Should Be In Your Watchlist