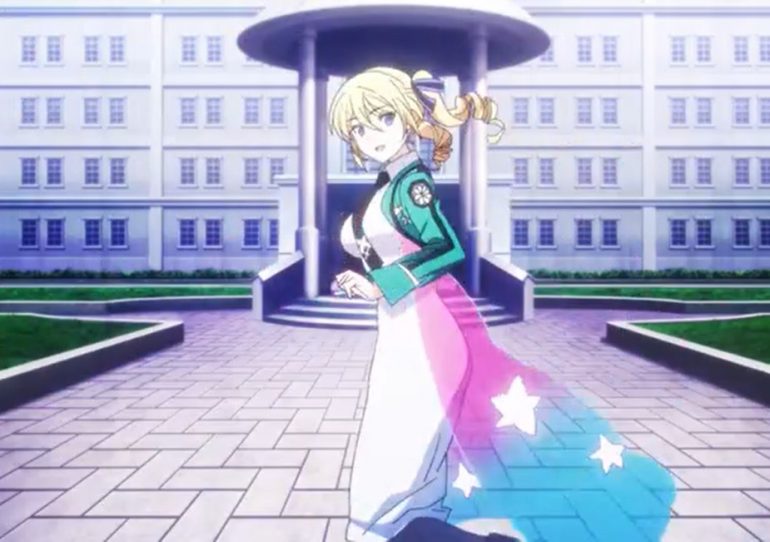 After two months later, at Christmas, Tatsuya and his friends gather at Cafe Einebrise for a farewell party for Rei before she goes off to America as an exchange student for three months. Meanwhile, at the USNA Stars’ base, a girl Angelina Kudou Shields prepares to go on a mission to investigate First High School. She is the youngest person in the history of Stars to become a commander and most powerful magician. Let’s start by looking at the following details down below.

Tatsuya and others show up, and Erika kills the man in a single slash about killing Angie. Tatsuya kills the women, and Erika stabs the last man on his back, putting him to sleep. Tsuya removes the parasite using his powers and sends it to the location where Mikitso is to seal it. They manage to get two parasites, and the other one manages to escape, and he asks Miyuki if she can locate it.

Miyuki said she could because of where she is since it is too far. Tatsuya confronts Angie for interfering with the third man before they get the parasite that escapes. He told her that she must do anything to the bodies next time after they have finished sealing the parasite. Later Angie went home, and she takes a shower, thinking about what Tatsuya told her the other day. After defeating her, Tatsuya told her that if she wants to quit being a soldier, it will help.

Angie started wondering why Tatsuya had to say such things. She also had a flashback when she went on an undercover mission and killed the vampires that were sucking women’s blood at night. That day sho took the bodies of the enemies and urn them to hell using her power. She realizes that it pains her when she points a gun at her own. She thinks it was okay not letting the enemies live like demons, and she wanted their souls to rest in peace.

Angie is glad that it was a job that only she could do as Sirius, the most powerful magician. She also remembers the day Miyuki defeated her in front of Tatsuya. Angie decided that she can be something other than Sirius. The next day the day of graduation, arrives at National University Affiliated First High School. The students are happy about sharing presents and gifts.

Later Tatsuya is at the coffee shop working on his computer, thinking about something. The feather of a crow flying in the sky fell on his table, which reminds him of the parasite. That night he was asked if the sealed parasite is gone, and Mitsuki apologizes that he didn’t mean to take her eye off them. Tatsuya was told not to blame Mitsuki and Shabata.

Yoshida reveals that even he didn’t notice the sealed vessels being taken away. Tatsuya told them not to worry about it, and it means that the one who did it is one step better than them. Tatsuya adds that he didn’t think about what to do the moment he catches them. That day he saw the same feather that fell on his table when he is drinking coffee. He kept asking himself if it is what they are after while carrying the feather in his hand.

Miyuki shows up and tells him that the party is finished and he is glad that she has enjoyed it. Other students show up and asking him what he is working on. He said that just a few notes about system-level assistance could lengthen spell duration. Later Fumuya arrives at the station, and a girl named Minami is given a mission to do magician work.

As of now, that is what episode 12 has revealed for us. For you to get more updates, keep visiting. It will be available as soon as a new episode is released. While you’re at it, make sure you read our recent on – The Journey of Elaina Episode 12.