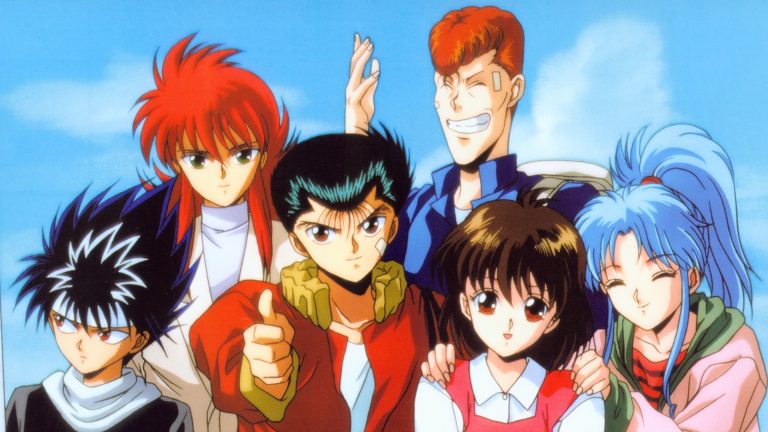 8 Underrated Anime Shows To Watch In 2020

If you are new to the world of anime, getting into anime for the first time can be a little daunting. Some of the most popular shows the medium has to offer have been running for years with triple-digit episode counts, naming conventions across multiple series that can feel totally impenetrable from the outside.

Best underrated anime that are worth your time!

The anime features various tropes that could have made it ranks among the top but lack of popularity in mainstream culture has made it an underrated classic. Many people draw a comparison between monster and death note as its somewhats lands in the same genre. The anime centers around Kenzo a surgeon working at a hospital in Germany whose past come to haunt him as one of his former patients turns out to be a serial killer. This anime is made for a more adult audience as it covers important parts of human phycology and lifestyle. This is seriously an underrated anime that newbies can watch.

Megalobox is made in celebration of the 50th anniversary of Ashita no Joe. The anime will give you some classic 90s anime vibes like cowboy bebop and Trigun. The series is a sci-fi anime based on the backdrop of Boxing, a second season is also been announced which will be set after few years of the first season. The anime is set in a futuristic world where licensed citizens live in a wealthy part of the city while unlicenced ones live in the outskirts of the town. The series revolves around an underground Megalo boxer named Junk Dog ( Gearless Joe) who enters a boxing tournament that will decide the strongest Megalo Boxer of them all.

Yu Yu Hakusho is one of the most underrated anime of all time, It is somewhat ignored by the viewers as there are some big shounen anime that were used to air at that time. The anime tells the story of a boy named Yusuke Urameshi, a teenager who got killed in the car accident while attempting to save a child from the accident. Then he is summoned by Koenma, the son of the ruler of the afterlife Underworld to test him and later on gets appointed as Underworld Detective with tasked to solve different cases including Demons and other underworld creatures. The creator of the manga, Togashi drew huge inspirations from horror films and Buddhist mythology.

samurai Champloo is the second effort by its director Shinichiro Watanabe after the success of Cowboy Beebop and he did a great job in making this anime. The anime follows 3 characters Mugen, an impudent and freedom-loving vagrant swordsman; Jin, a composed and stoic rōnin; and Fuu, a brave girl who asks them to accompany her in her quest across Japan to find the “samurai who smells of sunflowers”.The show has drawn huge influences from Hip hop, rap, and lo-fi music, and the soundtrack of this is created by none other than Nujabes who is credited for making lo-fi music a cultural phenomenon. It mixed samurai themed action with rap and hip hop music which makes this one of its kind among the samurai anime.

Baccano! is yet another great anime series that still remains underappreciated and true fans of this anime want another season of this anime and I also desperately need another one of this. Based on Ryogo Narita’s light novel, it features criminals and alchemists from the alternative setting of 1930s America. The series tells the story in a non-linear fashion which features characters ranging from gangsters, immortal beings, criminals, monsters, alchemists, and more. The anime is a melting pot of excitement, and, better yet, it is all set to a swanky jazz track-list.

Ouran High School Host Club only lasts for one season but is impactful for its viewers and fans. It has its own following since its release and it’s been 14 years since the season one ended and there are no plans for a second season as of now. Series centers around a girl named Haruhi Fujioka who breaks an expensive heirloom in order to pay for the fix, she poses as a boy and joins the school host club.
The club is made up of boys who tires to attract ladies in exchange for money. Watch it on Netflix and know more about this hilarious show.

The series is a dark fantasy series and tells us a tale about a pack of wolfs who are searching for a place called paradise in order to enjoy the rest of their lives. It is somewhat remains overlooked and still remains underappreciated, it is known for its storytelling and I was shocked to know that this anime was produced in the early 2000s and such a well made animated series. The story is told from the point of view of wolves but it also shifts to supporting human characters which also is the most intriguing part of the anime.

The most violent anime on this list and also the most controversial one. Anime fans used to watch more light anime like Dragon ball at that time but this blew up and showcase straight-up action and violence. It tells a story that features a girl named Lucy who has escaped from a facility that does scientific experiments. The girl posses telekinetic arms that can easily slice through all that oppose her. Lucy does have some split personality that drags other teenagers into her escape.