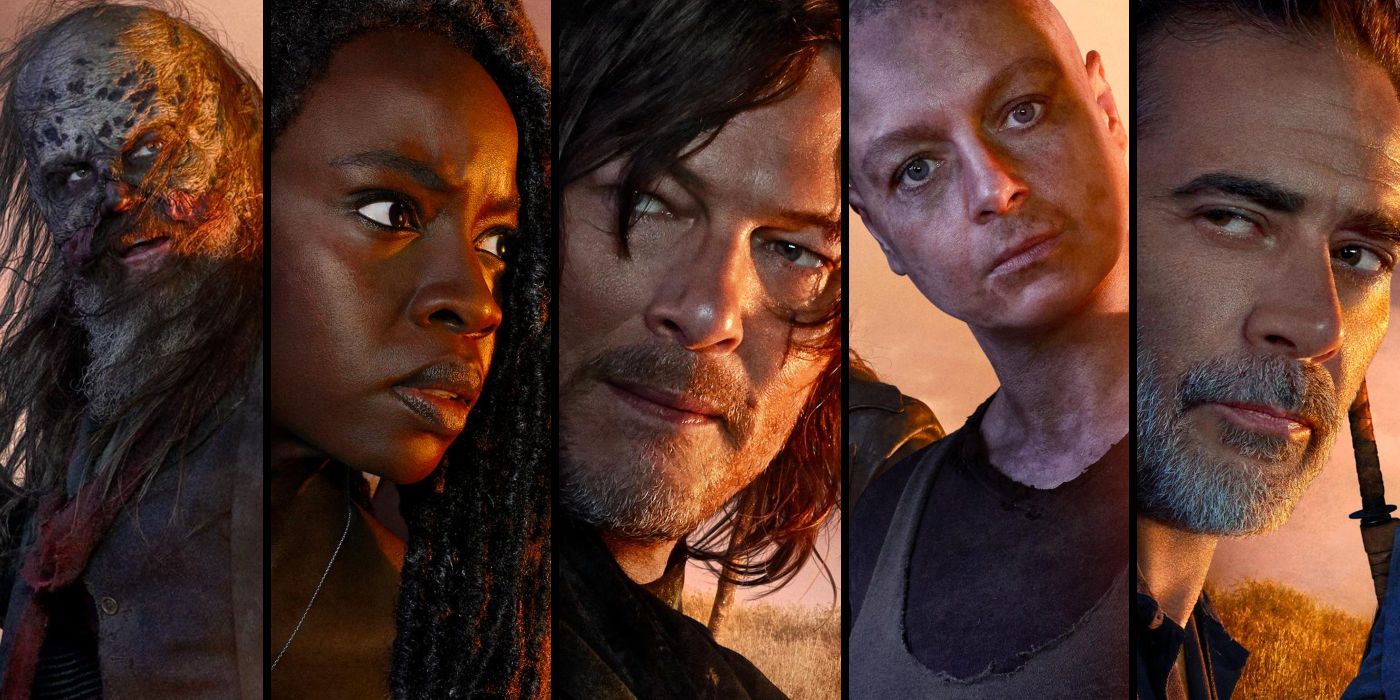 In this post, we will talk about everything there is to know about The Walking Dead Season 10 Episode 17. The Walking Dead is a popular American post-apocalyptic zombie horror series. It is an adaptation of the comic book series of the same name by Robert Kirkman, Tony Moore, and Charlie Adlard. Three-time Oscar nominee director Frank Darabont created the first season and first half of the second season for AMC. Frank left the show due to some conflicts with AMC. He is popular for directing movies as “The Shawshank Redemption”, “The Green Mile”, and “The Mist”. The Walking Dead is one of the longest-running series as it is currently airing its tenth season and the series will finally conclude in 2022 with the final episode of season 11.

The story takes place in a world of zombies where they have terrorized humanity. Dubbed as “walkers”, these walking dead creatures have an appetite for humans and are always drawn to their scents. Additionally, walkers are also drawn to place with loud noises. To make matters worse, any human who is bitten or scratched by them also turns into walkers. The only way to permanently kill a walker is to damage or destroy their brain or cremate the bodies.

The series follows Rick Grimes, sheriff’s deputy, who wakes up from a coma, only to discover the terror that zombies have created on the world. He travels alone to Atlanta to find his wife Lori, son Carl, and his police partner Shane Walsh, who is also his best friend. Along the way, he encounters other survivors and forms a group. Together, they travel to the Centers for Disease Control, only to find out from a sole surviving CDC member that there is no existing cure for the zombie pandemic. 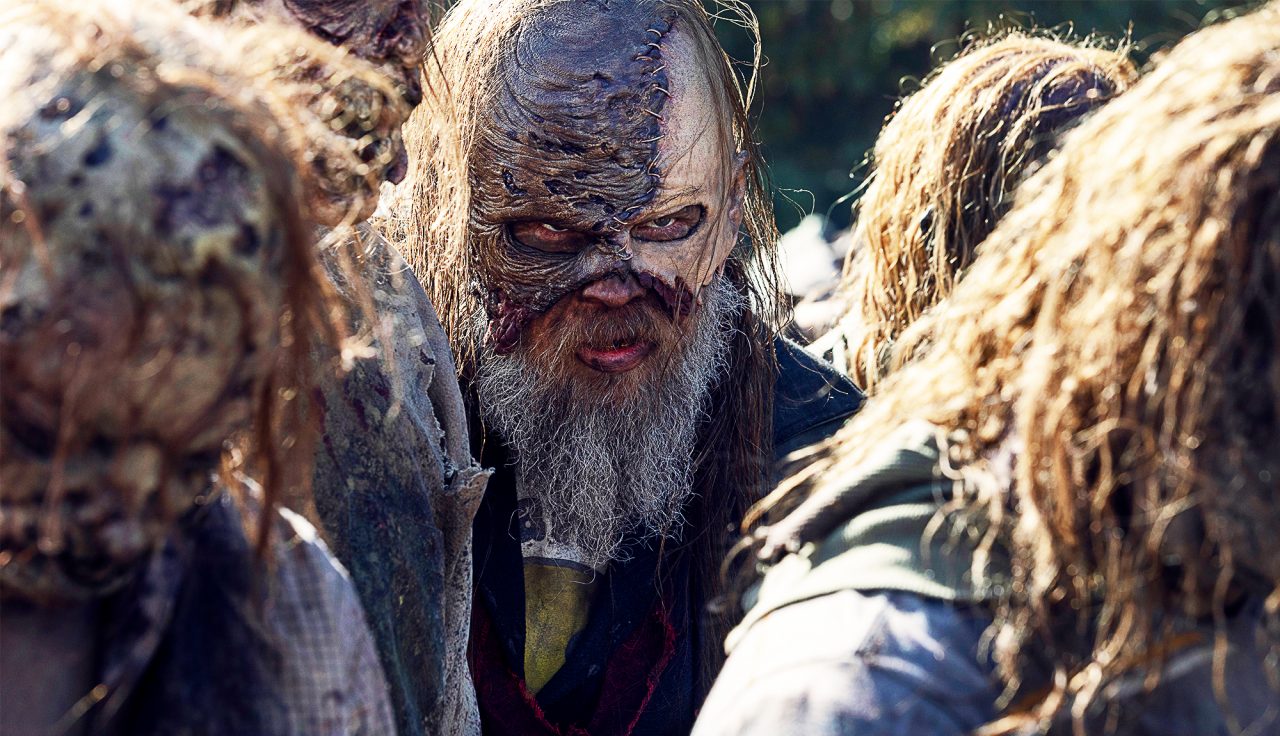 To jog your memory, let’s have a quick recap of the previous episode while we wait for episode 17. The title of the episode is “A Certain Doom” and it aired on 4 October 2020. The episode marks the return of Maggie Green, who has been absent since the fifth episode of season 9. Also, the episode marks the departure of Beta, who debuted on the show in season 9 episode 12. Daryl Dixon stabs Beta and the latter ends up being zombie food.

The episode featured the final battle of the Whisperer War. Beta led the enormous horde to the Tower, where the survivors inside struggle to find a way to survive. Gabriel devises a plan to sneak several pieces of a speaker system out past the horde onto a wagon. The survivors will use them to play music, luring the horde to the ocean and destroy them.

Daryl, Carol, Jerry, Magna, Luke, Kelly, Beatrice, and Jules decide to venture through the horde to carry out the plan. In the middle of the battle, Carol mortally wounds a Whisperer. However, the dying Whisperer manages to kill Beatrice. The survivors successfully manage to lure the horde away by setting off the sound system. This allows them to escape. As night falls, Beta realizes that the Whisperers have been dying and destroys the speakers. Unfortunately, this endangers the group and they decide to retreat and abandon the wagon. Much to everyone’s refusal, Lydia decides to lead the horde away by herself.

Thanks to the absence of the horde, most of the group manage to escape the tower. However, Gabriel decides to stay behind and hold off the remaining Whisperers. Gabriel nearly dies, but Maggie Green arrives just in time to save him. 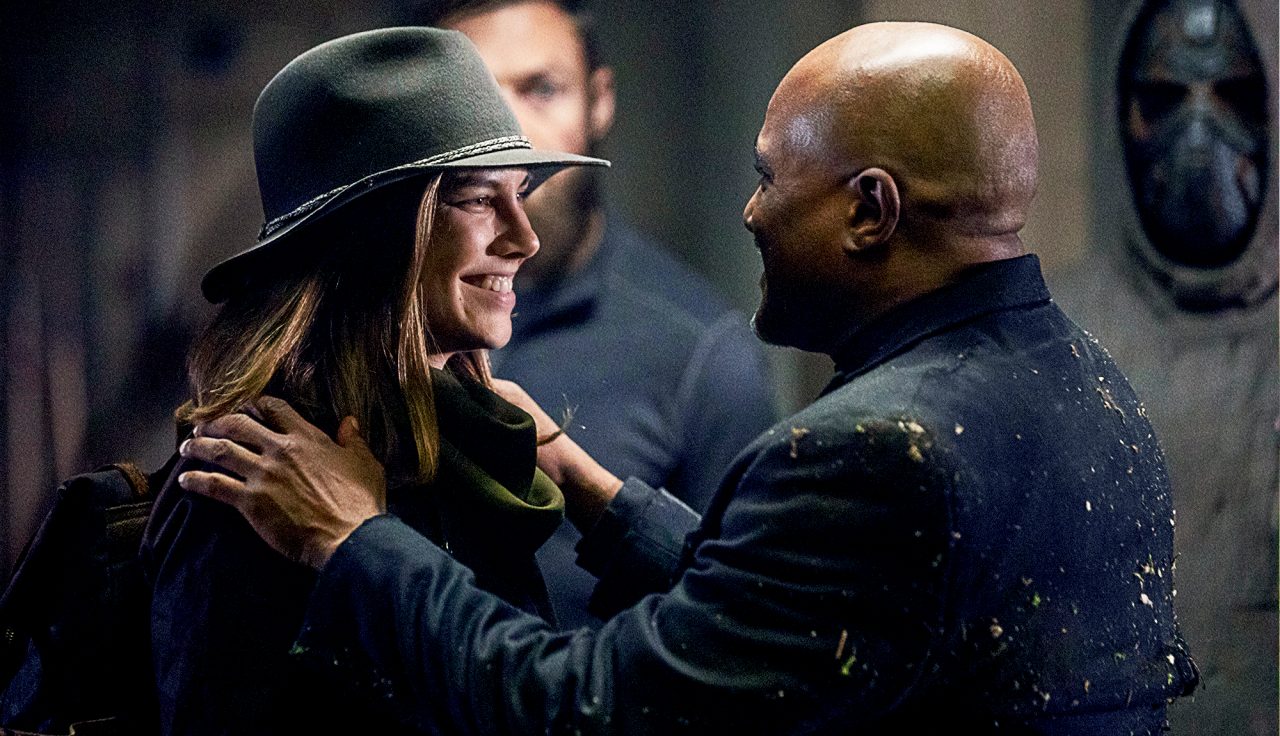 Beta attacks Lydia, but Negan saves the latter. However, after Beta recognizes Negan as the person who killed Alpha, he furiously charges to kill Negan. However, Daryl saves Negan and stabs Beta in the eye. Daryl and Negan watch Beta being devoured by the walkers. After Beta’s mask loses from his face, Negan recognizes him from before the apocalypse.

The next day, Lydia intends for a suicide mission by leading the horde to a cliff as she is wearing Alpha’s mask. However, before she could do that, Carol interrupts her and volunteers to go instead of her. Before Carol could jump off, Lydia pulls her back and the due embrace behind a rock. Meanwhile, the walkers around them jump off the cliff.

Now that the whisperers are no longer a threat, the survivors regroup in the woods outside the tower.

As the episode nears its end, it is revealed that Conne is still alive. However, she seems weak and malnourished. Virgil finds her after she collapses on the road.

Moreover, Eugene’s group reaches the trainyard, which was supposed to be the rendezvous point to meet Stephanie. As Eugene believes he missed his meeting with Stephanie and decides to continue looking for her, a large group of heavily armed soldiers approaches the group. They are wearing white and red body armor and order Eugene’s group at gunpoint to drop their weapons and get on their knees. 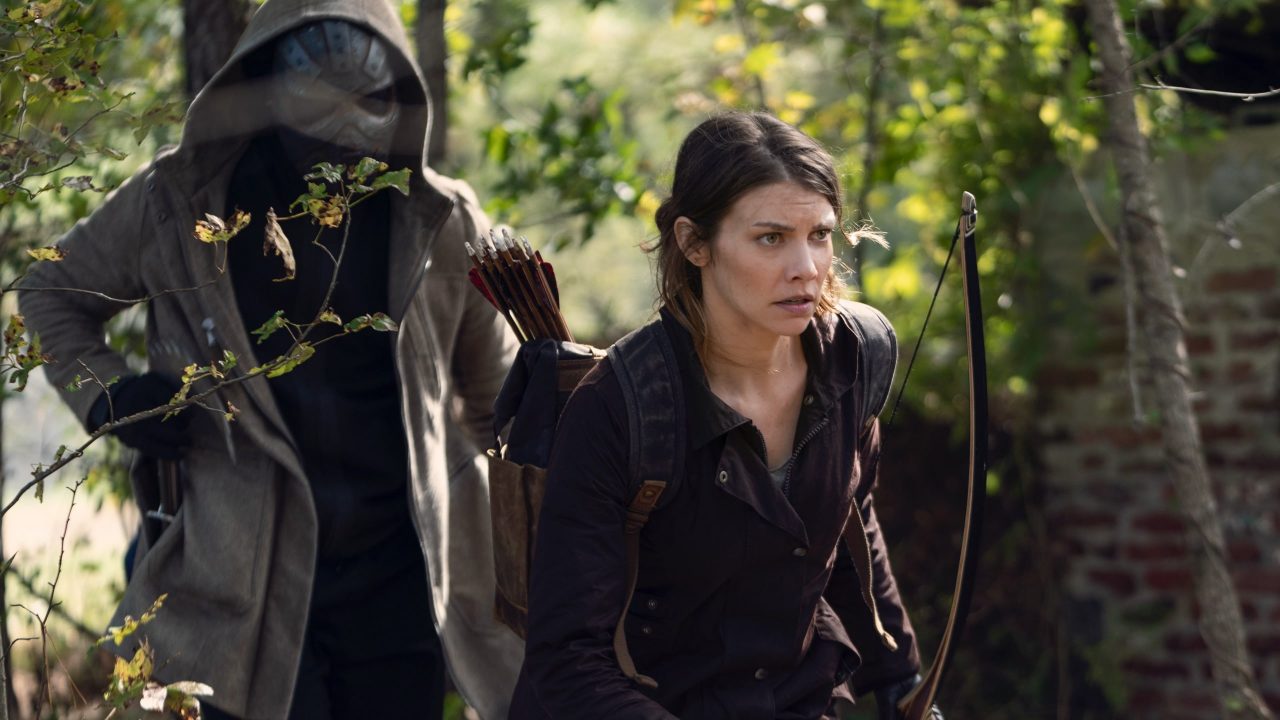 The title of the episode is “Home Sweet Home”. The episode will focus on Maggie’s story who refuses to share her story regarding what she went through after her departure. We will also see a few new characters. Additionally, the episode will feature Negan getting in danger. Moreover, Daryl will Maggie that Kelly’s sister is missing, and the duo will face an unknown threat. 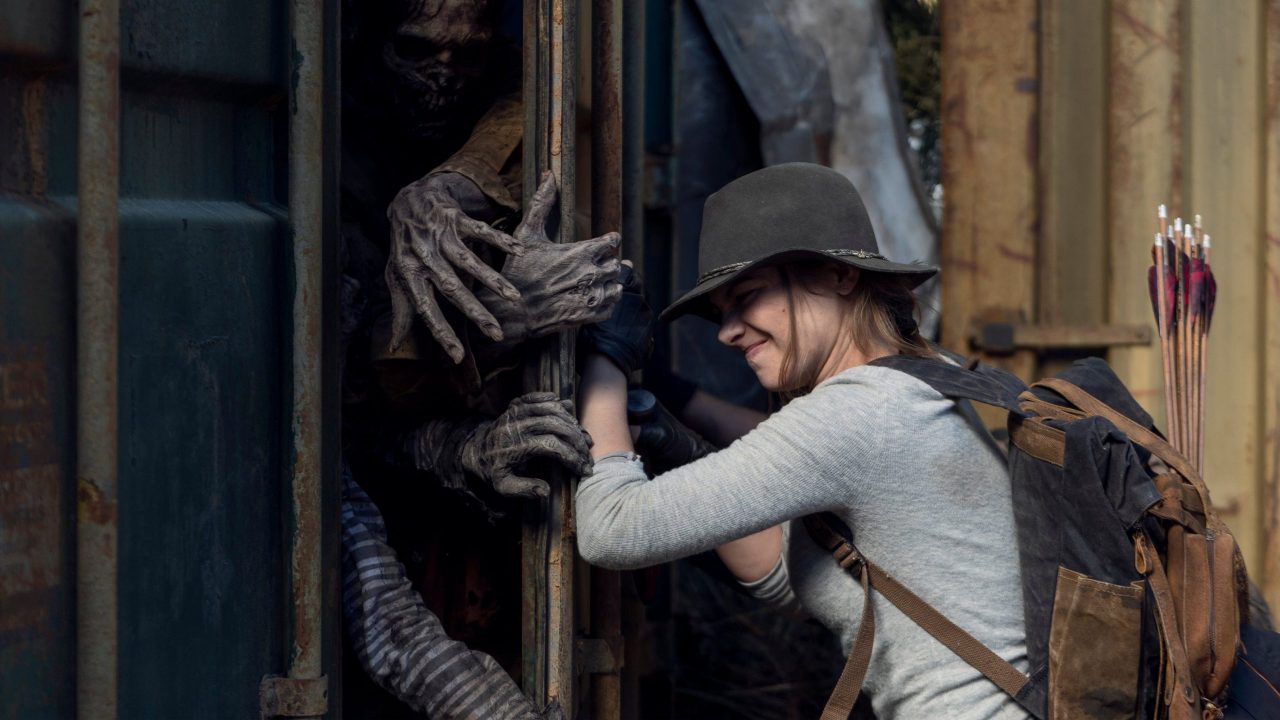 Episode 17 is finally airing after a long wait. AMC originally intended to air The Walking Dead Season 10 Episode 17 as the season finale on 12 April 2020. However, filming was delayed due to the COVID-19 pandemic and they aired the episode on 4 October instead. AMC also announced that the season will have additional six episodes. The seventeenth episode of the season will air on 28 February 2021. The season will draw its conclusion with its twenty-second episode on 4 April 2021.

Other than that, the show is also available on Netflix.

Also Read:  What To Expect From Clarice Season 1 Episode 3?