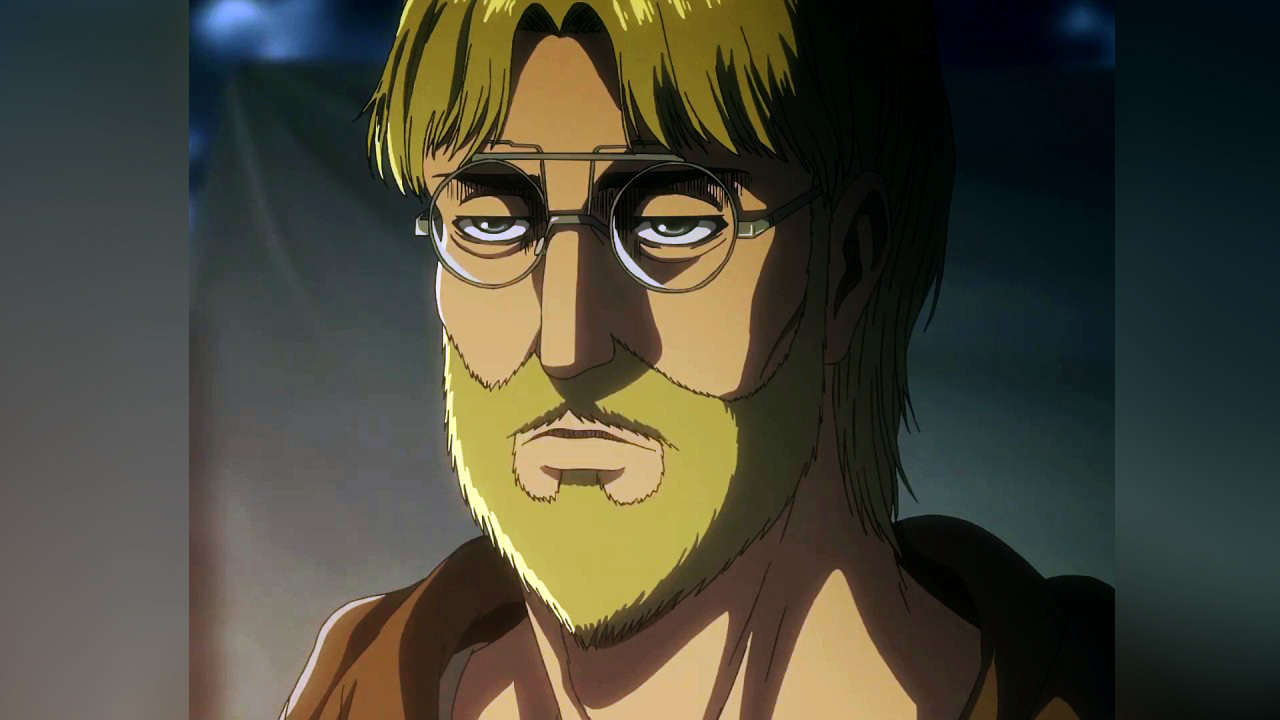 The first episode of Attack on Titan Season 4 was combat, a war to destroy the enemy’s fort and take over the land. Marleyan army could not advance their titan due to the armored trains of the Middle-East forces. Due to Gabi’s swift action, the train is destroyed, and the enemy’s fort faces a full-fledged attack of the warrior unit of Marley. A battle begins between the advanced artillery and the enormous armored titan at the center of the enemy fort. It was a thriller episode that ended with the victory of Marley. On the other hand, Shingeki no Kyojin Episode 2 was the aftermath. Soldiers returning after a decisive victory over their opponents, but it came at a price. The titans barely survived the advanced artillery of their opponents.

The episode starts with a concerned army commander surrounded by its top brass looking at their performance at the battlefield. While the fort was destroyed and the titans succeeding, the damage caused by the armor-piercing bullets meant the world would soon catch up to the titan might of Marley. It took them four years to win the war, and the price was too huge for the country. The world reports that the armor of Marley is nothing compared to the technology that humans have created. The commanders are reminded that even though their titan arsenal is formidable, an assault from advanced bombing airplanes would leave the titans with little to fight for. If only the titans could fly!

At this point, The Beast Titan, Zeke Yeager, has a plan. Zeke only has a year left before the titan power expires and the last chance to prove himself. He is a master strategist, and he plants the Paradis Land Operation into the mix again. Marley would gain all its influence back if it only had the power of the founding titan. Zeke takes it upon himself to plan a strategy for a final assault on Paradis and retrieve the titan back from the Eldian “devils.”

Throughout, it is made clear that Marleyan has taught the Eldians among themselves to know their place. While they remained with them, Eldians are the same devil blood that took the world to chaos, and they are always lower than the Marleyan. Still, they need Eldians to inherit the titan powers after the previous candidate complete his nine years. We get a glimpse into the personalities of all the potential candidates that will receive one of the nine eventually.

Among them, Gabi is the one with the most energy. She proved her wit during the battle, which led to a great advantage for the forces. Eldians are brought up to be fearless in the face of the enemy and lay life for the greater good. Gabi has the same spirit, and Reiner knows that she is the perfect candidate to inherit the armored titan after his time is up. After the battle, the forces return back to their homes, to their families, the loved ones they leave behind. In the “Midnight Train,” they celebrate the victory with drinks and the voices high as they go back to their home town.

Reiner has a family back home, people that care for him. He was a young boy who left to join the warrior corps to bring these people prosperity eventually. On the contrary, yet another member of his family, Gabi, would get sacrificed after Reiner in the pointless struggle to take down the Paradis people. We are treated to an interesting conversation at the dinner table.

Reiner is the only one who has any experience with the Eldians inside the walls. The rest of the family has the general opinion that the people inside the wall are devils that left their country long ago, and they need to be exterminated. Unlike them, Reiner stayed with his squad at Paradis for over 5 years. He spent time with them, from training for the scouts to the final selections. He starts rumbling about the experiences of the land, recalling the experience on the first day of training. The instance where Sasha started eating a potato during training, and when the trainer asked her what she was doing, she replied that she was hungry and offered half of the potato to her superior. Reiner mentions the rest of his colleagues sarcastically as if denying his country’s whole belief system.

The whole family is utterly shocked by this. Gabi’s Aunt intervenes to explains that it is truly the people of Paradis that are devils. They are the reason for the suffering of the Eldians in Marley, and every one of them should strive to kill the people of that tyrant country. Reiner does not speak further as this thing has already gone too far. Reiner’s beliefs changed with Paradis’s people as he didn’t expect the kindness that came when he lived with them. And yet, he will have to go up against the kingdom again!

Related: Attack on Titan: 5 Things You Need To Know About Marley Kingdom

Marley has a point to prove. They have lost their reputation after the long war that only taught them that the technology would soon catch up with the titan threat. Zeke has a point to prove, do something considerable for Marley to undo what Grisha Yeager did to the country. The whole country is tired of the constant war and suffering that have continued over the last four years. The mental effect on people and their struggle only brings more hate towards the Eldians inside the wall. Zeke gathers the titans in the room to discuss the next plan of action. Colt, the next candidate for Beast Titan, is also there. As a matter of fact, the whole military leadership would listen to the conversation.

It is the country’s plan to attack Paradis Island. The country needs support, logistics, and leadership to execute a foolproof plan against its enemy. They have all the information that Reiner brought back with him as well. They are planning yet another war, and this one is with their biggest rivals. The titan power-holders have their own race to protect as the downfall of Marley only brings more problems for Eldians. If the weapons to kill titans get better, it becomes easier to eradicate all Eldians. 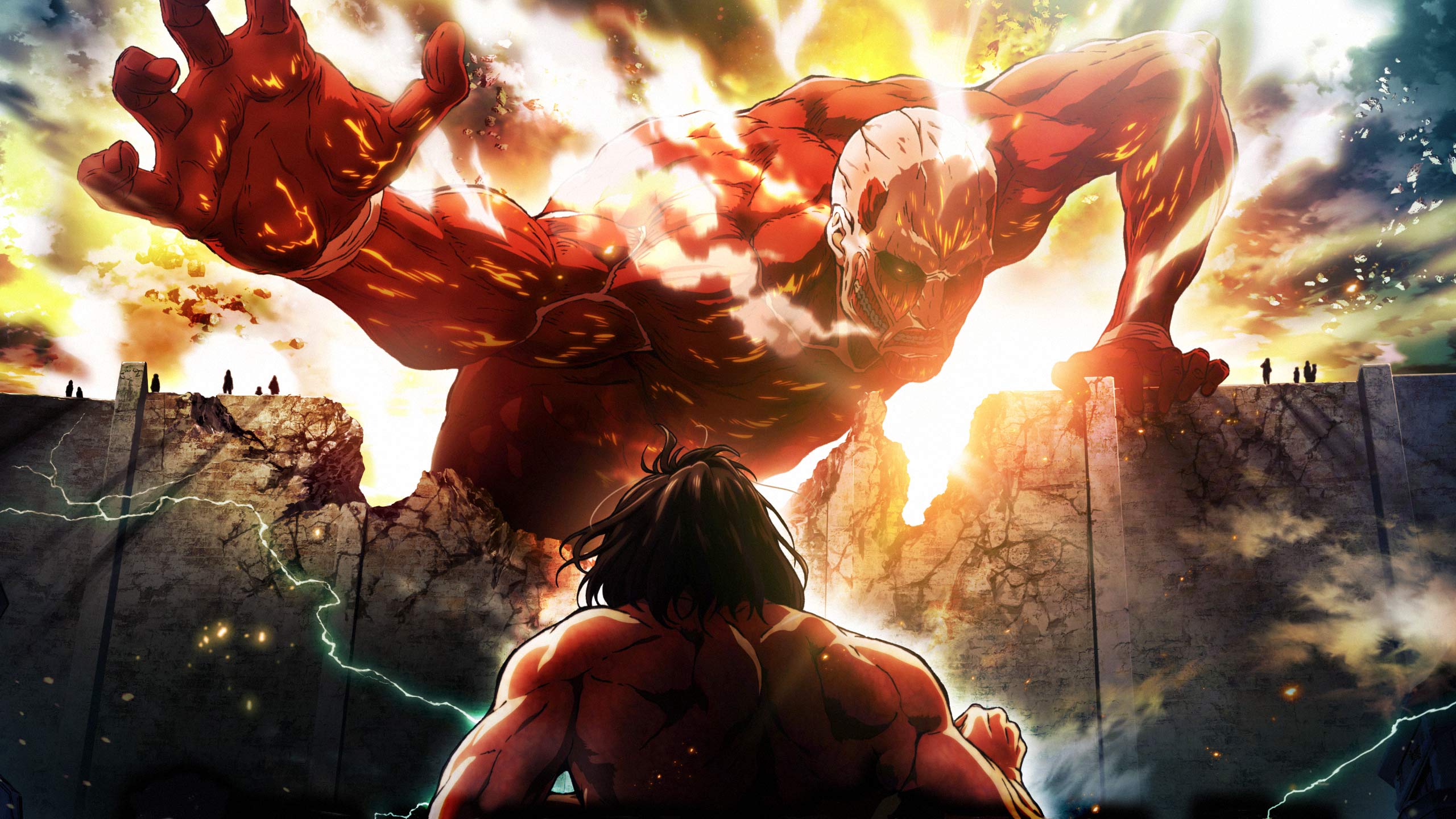 Marley needs to bring the whole world with this if they want to succeed against Paradis. The latter have the Founding titan in the form of Eren, who brought down the force of titans that were sent to the island in the first phase. The land inside the walls is also a huge mass of resources. A huge force is needed that brings the whole system of the Island down, and to do that, Zeke wants to introduce the Tybur Family. They possess the fifth titan of Marley, arguably the most resistant one called, War Hammer Titan. Tybur’s family has the top influence as they are known for driving King Fritz out of Marley in ancient times. Pieck concludes that the world will listen to them.

And so, a festival will be held to bring the world nobles together and convince them of the threat of Paradis Island. Tybur’s come out of their mansions and declare that they will have control over Paradis land by the end of the year! The Young generation of Eldian trains to inherit the titans someday while the country is ready for another war sending all their force to the Paradis Island. Zeke has a large influence in moving the world towards this path, and yet the Marley Kingdom has no other choice. The power of the founding titan is the essence of the immense strength with which the Eldians controlled the entire world in history. It is truly curious as to how the Paradis will respond to the threat coming their way.

Reiner is afraid to face the people he left behind on the island. He had a team that left the country on a mission to bring the founding titan back, and then, he came back alone with nothing. His country needs him more now, but will he be able to do this for a second time?

The thrill behind certain scenes of the episode was exhilarating. It only makes it clear the rivalry between the country has vast impacts on the lives of its citizens. Marley’s focus on military expansion has destabilized the people where the kids must sacrifice themselves at a moment’s notice. Eldians are the most affected by it. The suicide scene among the main plot of the episode was an impactful touch to the overall theme. The subtle darkness of Marley is remarkably highlighted as the main plot moves forward. Animation for this season is also spot on. We will see the true brilliance of the production team at MAPPA as the climax battles draw near.

Shingeki no Kyojin Episode 3 is set to air on December 21 on Japanese television, while it will be available on Crunchyroll at around 10:45 PM Pacific Time. The subsequent release on platforms like Netflix, Amazon Prime, dTV follows in the next few days. This episode will introduce us to the Tybur family and their role in the Marleyan power hierarchy. Reiner Braun is still thinking unclear about the plan as his mind is very divided about the plan that he heard from Zeke. The warrior legion thought that their struggle to serve the country’s interest is over for a while with the war ending. However, something bigger is coming for them, a war that decides the existence of titans.